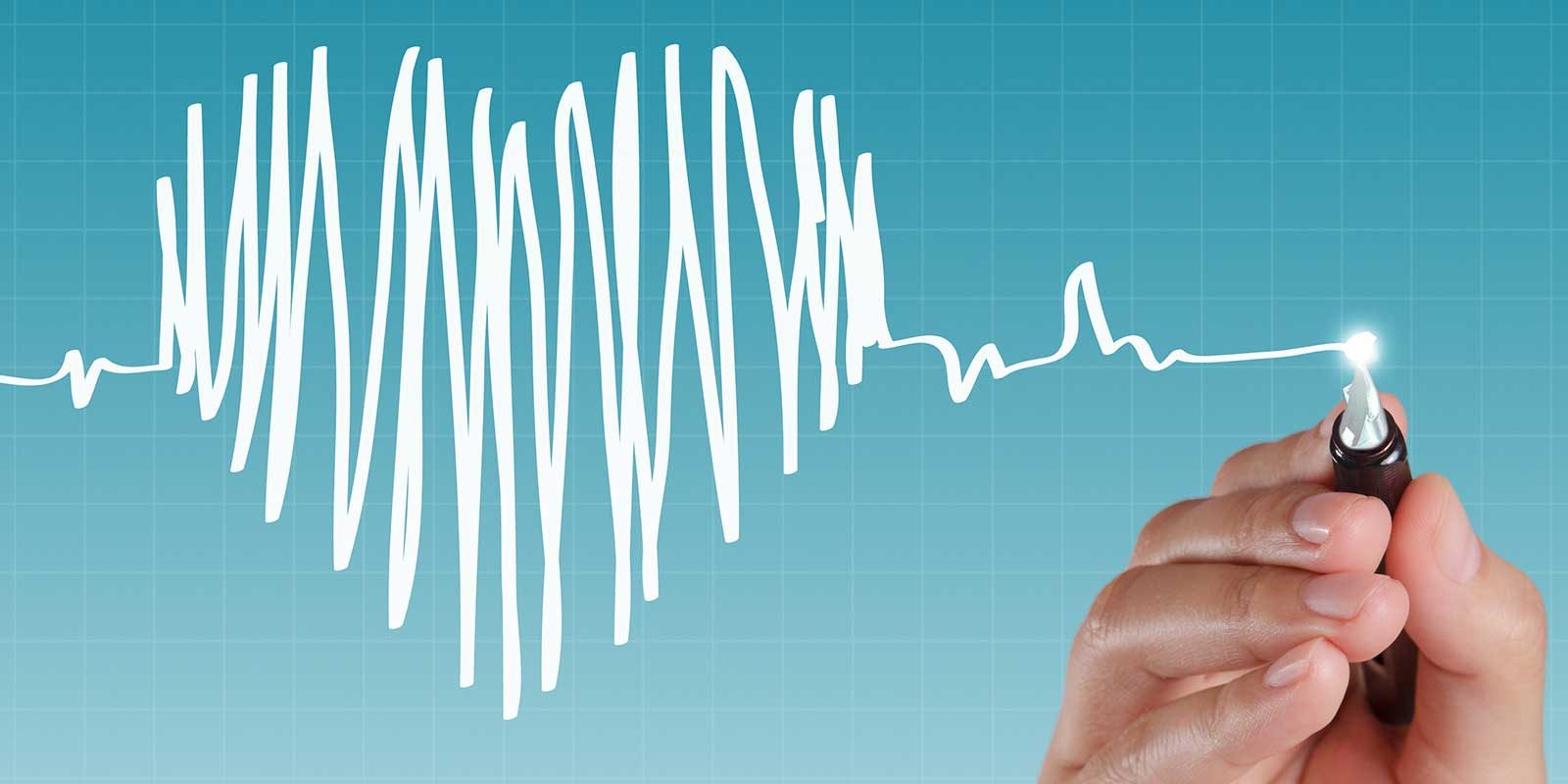 Heart disease is the number one cause of death in the United States, killing 1 in 4 Americans every year. The American Hearts Association reports that more than 6,000,000 Americans are living with heart failure and 900,000 new cases are diagnosed every year.

Cardiologist Dr. Daniel R. Bensimhon discusses the symptoms of heart failure and share information on treatment options, including a heart pump known as HeartMate™ by Abbott. Dr. Bensimhon will be joined by his patient, Chris Rice, who will share his inspiring journey to a new heart, and how treatment with the pump saved his life.

Dr. Daniel Bensimhon is a board-certified cardiologist in Greensboro, North Carolina. He is Medical Director of Advanced Heart Failure & Mechanical Circulatory Support Program at Moses H. Cone Memorial Hospital. He received his medical degree from the University of Pittsburgh School of Medicine and did his Internal Medicine and Cardiology training at Duke University Medical Center.

Neal Howard: Hello and welcome to the program. I’m your host Neal Howard, here on Health Professional Radio. Heart disease is the number one cause of death here in the United States, killing one in four Americans every year. The American Heart Association reports that more than six million Americans are living with heart failure and 900,000 new cases are diagnosed every year. Our guest today is cardiologist Dr. Daniel Bensimhon here with his patient Mr. Chris Rice and they’re going to talk to us about heart failure and Chris is going to give us a little bit of information about his journey to a new heart and how treatment with a new heart pump saved his life. Welcome to the program, both of you.

Dr Daniel Bensimhon: thanks for having us Neal.

Neal: Great. Well Doctor explain to our listeners what heart failure is and a few of the symptoms.

Dr Bensimhon: Heart failure is a fairly complex condition. But just to boil it down, it’s where the heart just doesn’t pump enough blood to the body to meet the demands of the body so people get  short of breath with their activities, they get fatigued. And then they can also start noticing some swelling, they get swelling in the legs, they get fluid in their lungs, they lie back and try to go to sleep and they find themselves coughing and can’t breathe.

Neal: Chris, did you experience some of those symptoms or all of them?

Chris: Absolutely. Almost all of them, yes.

Neal: And were you sure that you were in trouble at first or is this something that progressed and finally culminated into some big event?

Chris: That’s exactly what happened, yes. It progressed over and over kind of recurring,  mimicking bronchitis and colds and such as that and the shortness of breath, it set in. And once that set in, I kind of was worried about it then that’s when I seek medical attention.

Dr Bensimhon:  Chris wasn’t a typical candidate. Chris was diagnosed at age 36 and a lot of causes of heart failure due to things we expect, right – high blood pressure, heart attack – all these things that weaken the heart over time. But there are a bunch of conditions, almost in 50% of the cases where you get something you don’t expect. You get a virus, you get something wrong, a thyroid problem or some other problem which attacks your heart and you get these symptoms that as Chris said, were like bronchitis or other symptoms and you really don’t think “Wow, this is my heart.” So we really encourage people when they have these symptoms particularly if they persist despite a course of antibiotics or some other treatment is ask your doctor “Could this be heart? Could there be something else going on?”

Neal:  Were you diagnosed accurately at the outset Chris? Or did it take a couple of times for you to finally understand and your doctors to understand what was going on with you?

Chris: Initially, it took several trips to realize that something else was going on.

Neal: So Doctor, what are some of the treatment options out there for folks that are at risk or who are already suffering?

Dr Bensimhon: Yeah, you made a good point there earlier. This is a big problem, right, there are five or six million people in the United States who have heart failure. Fortunately, the majority of them 90% or plus people – we have great medicines now. You get on good medicines. Many, many people get full recovery and return back to their daily activities. Unfortunately, for about five to ten percent of this population, they don’t get that recovery. Like Chris, they continued to get worse and Chris had actually had a protracted course. He went sixteen years which is quite unusual before his symptoms really progressed. But once the symptoms start to progress, then we start talking about things – heart transplant, heart pumps – and we’re fortunate now to have quite a few options in that category.

Neal: As far as heart pumps go, I understand that Abbott’s got a HeartMate™ heart pump. How does that work and who’s a good candidate for that type of treatment?

Dr Bensimhon: Yeah, Abbott’s really been a leader in the field. It started with Thoratec and now Thoratec is part of Abbott and they really have been leaders in the field. They recently released the newest pump, the HeartMate 3™ pump which is what we’ve been using extensively and have had great outcomes with that pump. They’re really three classes of people who get heart pumps – people who are waiting for a transplant but just can’t wait long, like ex Vice President Dick Cheney was waiting for a transplant but got too sick – so we use it as a bridge to transplant. And there are a group of people who are going to recover, so you get a pump and their heart recovers and then you take the pump out. And finally they’re a group of people who are really sick, need support, don’t qualify for a transplant, and end up qualifying for a pump and can get several years of really high-quality life from the pump support.

Neal: Chris, what went through your mind when you were told that you needed a pump and that you were eligible to receive such treatment?

Chris: Well initially, I didn’t really know what a pump was and I believe they nearly lost me a few times before I could actually get the pump put in. But once they explained to me what a pump was and then I actually was able to speak with another gentleman who had already had the pump that gave me quite a bit of comfort, then I was comfortable at that point with getting it.

Neal: So you were initially kind of apprehensive about having the pump. Was it the invasiveness? Was it the maintenance? What was your I guess your main concern?

Chris: Just it being a device itself was a concern. Where I was at that point in time, it was the pump or die. And so the pump was put in and gave me, I was back to normal, it gave me such a quality of life.

Neal: Doctor, talking about the maintenance of the pump – what should patients expect once the pump is implemented? And what should they expect in their life afterwards as far as the pump is concerned?

Dr Bensimhon: Yeah, it’s a great question. As Chris kind of pointed out, is the first couple of months are tough, right. If you’re recovering from a major chest surgery or you’re getting comfortable knowing about your batteries and all the other things about the pump. So people often struggle through that first couple of months but once they hit three to six months, they really really get back into their normal activities. And by six months, they’re doing everything and more that they were doing before they got sick. So I think there’s a lot of apprehension initially “I’m living on batteries. I got this pump. I got a power cable.” And then as they see “Wow, I can do all these different things.” Then they really realize what it’s like to be back to a normal life and some of those other daily concerns stayed to the back.

Neal: As a recipient, Chris, what would you say to some other folks who are considering getting Abbott’s HeartMate™ pump implemented or who are maybe as apprehensive as you were?

Chris:  I would say to those people that everybody’s situation is unique and different. But if they are facing that particular situation, then I would suggest to them to seek advice from their medical professional, their doctor and it would be a great thing for them to have if they make that decision. For me, it worked out great but like I said everybody’s situation is unique and different but I would at least inquire about it.

Neal: Doctor, where can our listeners go and learn more?

Dr Bensimhon: Yeah, so there are a lot of resources, right. There’s about 200 centers across the country that do advanced heart failure work and so talk to your primary care doctor, talk to a cardiologist and now they’re even heart failure specialists so there are a lot of resources if you want to go online. You got to be a little bit careful, you want to get reputable information. We tell people “If you’re interested, if you have advanced heart failure and you’re interested to more heart failure information, you can start at heartmate.com,” It’s a great place, you can see more about heart failure in general, about the pumps and there’s a great video about Chris on there as well and you can learn a little bit more about Chris too.