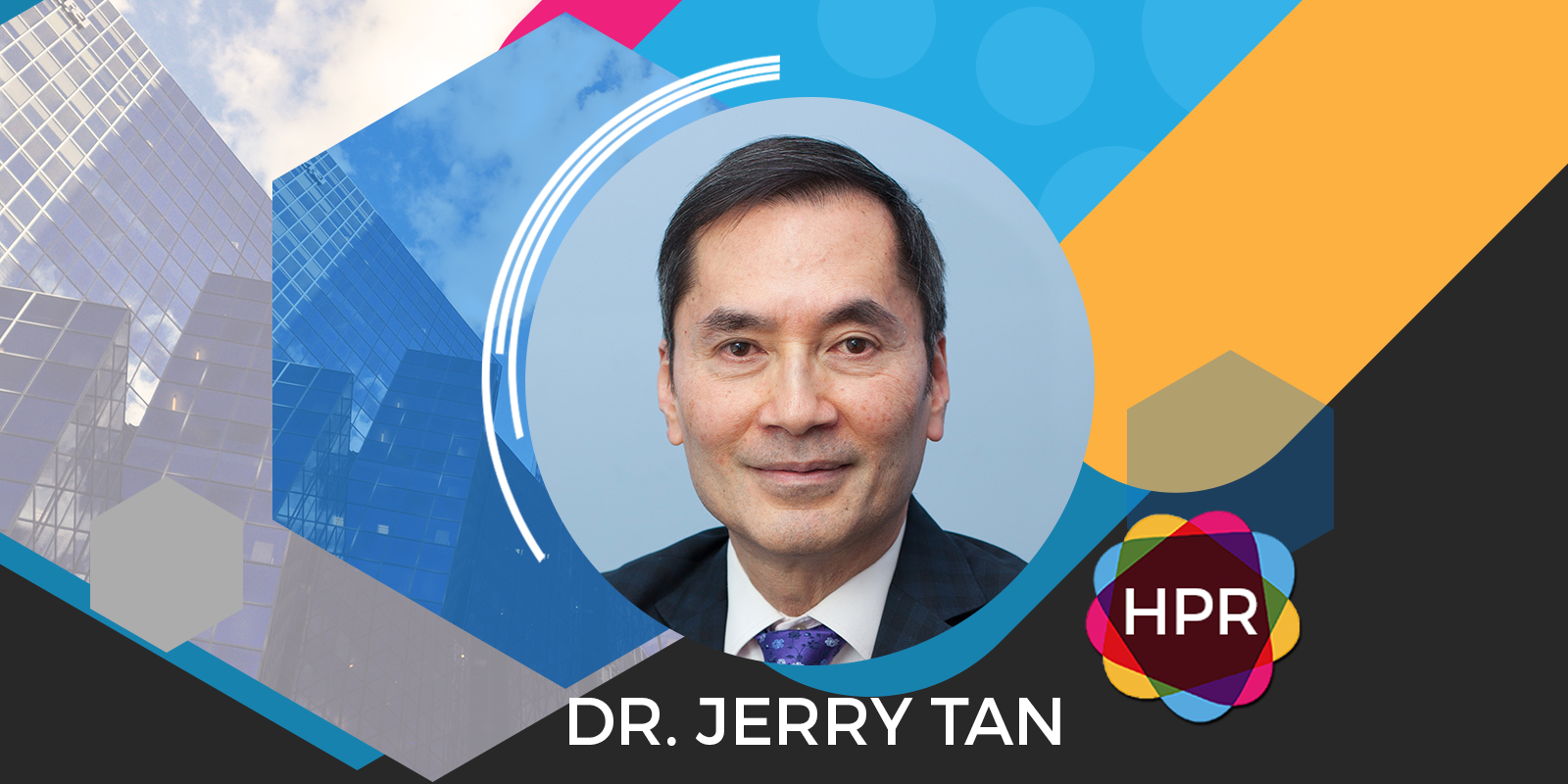 Guest Bio: Jerry Tan, M.D., fellowship certified specialist in dermatology and adjunct professor, Schulich School of Medicine and Dentistry, Department of Medicine, University of Western Ontario and principal investigator of the OSCAR trial. His academic focus is on research in acne, rosacea and hidradenitis suppurativa. His research interests are also in clinical trial outcome measures, clinical practice guidelines development and quality of life research. He is a co-recipient of grants from the NIH/NIAMS for acne core outcomes development and Pfizer Grants for Learning & Change and American Academy of Dermatology Collaboration for the development of patient decision aids. He has published over 100 peer-reviewed articles and serves on the editorial board of the British Journal of Dermatology and the Journal of the American Academy of Dermatology.

Segment Overview: Dr. Jerry Tan, M.D., board-certified dermatologist and adjunct professor at the Schulich School of Medicine and Dentistry, Department of Medicine, University of Western Ontario and principal investigator of the OSCAR trial, discusses new results from the Galderma Phase 4 OSCAR study, revealing that Epiduo Forte (adapalene and benzoyl peroxide) Gel, 0.3%/2.5% not only decreased acne lesions, as measured over a period of 24 weeks, but by rapidly and effectively treating acne, it also reduced the risk of atrophic acne scars in patients with moderate-to-severe acne. www.EpiduoForte.com

Neal Howard: Welcome to the program. I’m your host Neal Howard here on Health Professional Radio, so glad that you could join us once again. Our guest is Dr. Jerry Tan. He’s board-certified dermatologist and he’s joining us on the program to talk about some exciting developments in the treatment of acne and hopefully in the reduction of the risk of scarring as it relates to acne. Welcome to the program Dr. Tan.

Dr. Jerry Tan: Thank you so much Neal.

N: You are a board-certified dermatologist, give us a little bit of background about your practice and some of the patients that you typically see.

T: I’m a general dermatologist and have practiced since 1991. I graduated from University of British Columbia and University of Michigan. And I’ve been practicing in Windsor Ontario in Canada which is right across from Detroit since 1991. I teach Dermatology at the Schulich School of Medicine and Dentistry at Western University and I have a research focus in acne and rosacea.

N: What is acne, who does it affect and how many of us are affected by acne?

T: Acne is an inflammatory condition of the skin that’s characterized by pimples and pustules that are oftentimes associated with adolescence, particularly in Western societies. The condition itself is extremely common and it affects upwards of 80% of people at some time in their lives, particularly in Western societies. In the USA for example, acne affects up to 15 million people annually and more than 40% of these will have redly visible acne scarring thereafter. This is an issue that makes the findings of this particular study important for dermatologists and those people who have acne. Some of the problems with acne or challenges include timely access to care and encouraging adherence to therapy because everyone wants to see improvement as soon as possible, but therapy takes a while to work. Addressing psychosocial impact, which is often beyond visible severity, particularly in young people during tumultuous times in their development both psychologically, spiritually, as well as physically. And then managing the effects of inflammation and the leftover scarring and post-inflammatory changes – these are all challenges that we encounter on a day-to-day basis in practice.

N: Now these challenges, you say particularly in younger people, are these challenges, these social things that are going on in their lives, their developmental process, is that why someone isn’t taking some action to bring more awareness? I mean, it’s such a common thing that, it would seem that timely access to treatment would be the norm since pretty much everybody should be expecting some dealings with acne. Why do you think that it’s so difficult to get timely access to treatment?

T: Well oftentimes, what happens is that patients may seek out help and treatment but the level of intensity of treatment might be inadequate for their level of severity of acne. And if inadequately treated, the ongoing inflammation can then lead to increasing consequences, both from a psychosocial impact as well as from the perspective of damage to the skin regarding scarring and inflammatory changes. So it’s really a matter of appropriate evaluation and then crafting appropriate therapy for that level of severity.

N: Once someone such as yourself, properly diagnoses the severity of a person’s acne condition, what are some of the traditional or readily available treatments that are available?

T: Well treatment options for acne over the past almost three decades now can be consist of in the following way with increasing severity and the range from over the counter and prescription topicals, these are products used on the surface of the skin, such as cleansers, washes, medicated gels and then the oral medications for increasing levels of severity or increasing regions of involvement of acne include specific anti-inflammatory antibiotic pills. For women often, we also look at the possibility of hormonal therapy and then for the severe cases, a medication pill called “Oral Isotretinoin.” There are additional supportive options that have developed, including certain facials, light therapy and laser procedures as well.

N: So there’s a new study that we mentioned at the outset of this conversation called the “OSCAR Study.” Let’s talk a little bit about what the study entailed and what are some of the findings revealed.

T: Sure. The OSCAR Study focuses on a medication termed “Epiduo Forte” which is a combination of a Retinoid called “Adapalene” and another active ingredient for acne called “Benzoyl Peroxide.” Both of them combined in a gel formulation to be used for nightly application overnight. And this particular medication has already been proven and shown to be efficacious for the treatment for acne, both moderate and for severe acne. So it’s already on the market in the U.S. for that indication.

N: It’s a combination of Adapalene and Benzoyl Peroxide, were these two ever used separately and now they’ve come together as a result of further study? Is one sometimes all that you need? Explain how the two became so beneficial together, how did you find that out?

T: So the two products independently are effective in treating acne, so Adapalene by itself as well as Benzoyl Peroxide by itself. In combination however, a lower concentration of Adapalene have previously been found to be even more efficacious when combined with Benzoyl Peroxide and that was the product called “Epiduo.” And the combination seemed to increase the improvements in acne spots more quickly and led to greater levels of overall improvement. Then either product alone or independently, so that was actually very nicely shown in some of the research studies quite a few years ago. The recent iteration of that product increases the concentration of Adapalene from .1 to .3 percent, which is the Epiduo Forte. And this combination has shown to be efficacious not just in the mild and moderate acne forms that was previously demonstrated with Epiduo, but also in the moderate and severe acne which has been shown to be efficacious if it will be treated with Epiduo Forte. So the combination does seem to work better than either agent alone and we think we’ll be able to target increasing acne severities with the Forte version.

N: Now I did hear you mention that it could be used nightly? Is that what I’m understanding, nightly? How long should the product be used before you start seeing some benefits?

T: Well the product is used and applied overnight, so it’s applied before one retires for bed. And typically, we already started seeing improvement compared to the vehicle by about the first to second week of therapy. So it does have quite a rapid onset of improvement, but the thing is for patients who want to see visible, recognizable improvement that’s relevant to them, it would probably be 4 to 6 weeks before they see that, and then it progressively improves at 3 months and then even further at 6 months.

N: Where can we go online and learn some more about this brand new product?

T: This particular product, Epiduo Forte, is online and it’s at the website epiduoforte [epiduoforte.com], as well as the particular study we were looking at is also online on the website for the American Journal of Clinical Dermatology. And the unique part about what was recently published was the fact that we didn’t just look at acne, we looked at the scarring that was associated with acne. And that particular study was designed to evaluate the effectiveness of Epiduo Forte in mitigating the acne scarring in the context of treating active inflammatory acne. And over a course of 6 months, in this half-phased study, what we found was the Epiduo Forte was of course highly effective in reducing acne but also importantly, it reduced the number of acne scars on the treated side compared to the vehicle side and there was a significant escalation in patients who were achieving overall global improvement in acne scarring. So this finding suggests that timely and effective therapy of moderate and severe acne with Epiduo Forte can mitigate not just acne but the acne scars resulting from that ongoing inflammation and subsequent skin damage.

N: Well I thank you for coming in, some exciting information, some great news for acne sufferers and I’m hoping that we’ll get some more information from you in the future. Thank you so much for coming in today Dr. Jerry Tan.

T: My pleasure, thank you Neal.

N: You’ve been listening to Health Professional Radio. I’m your host Neal Howard. Transcripts and audio of this program are available at healthprofessionalradio.com.au and also at hpr.fm. You can subscribe to this podcast on iTunes, listen in and download at SoundCloud and be sure and visit our Affiliate Page at hpr.fm.