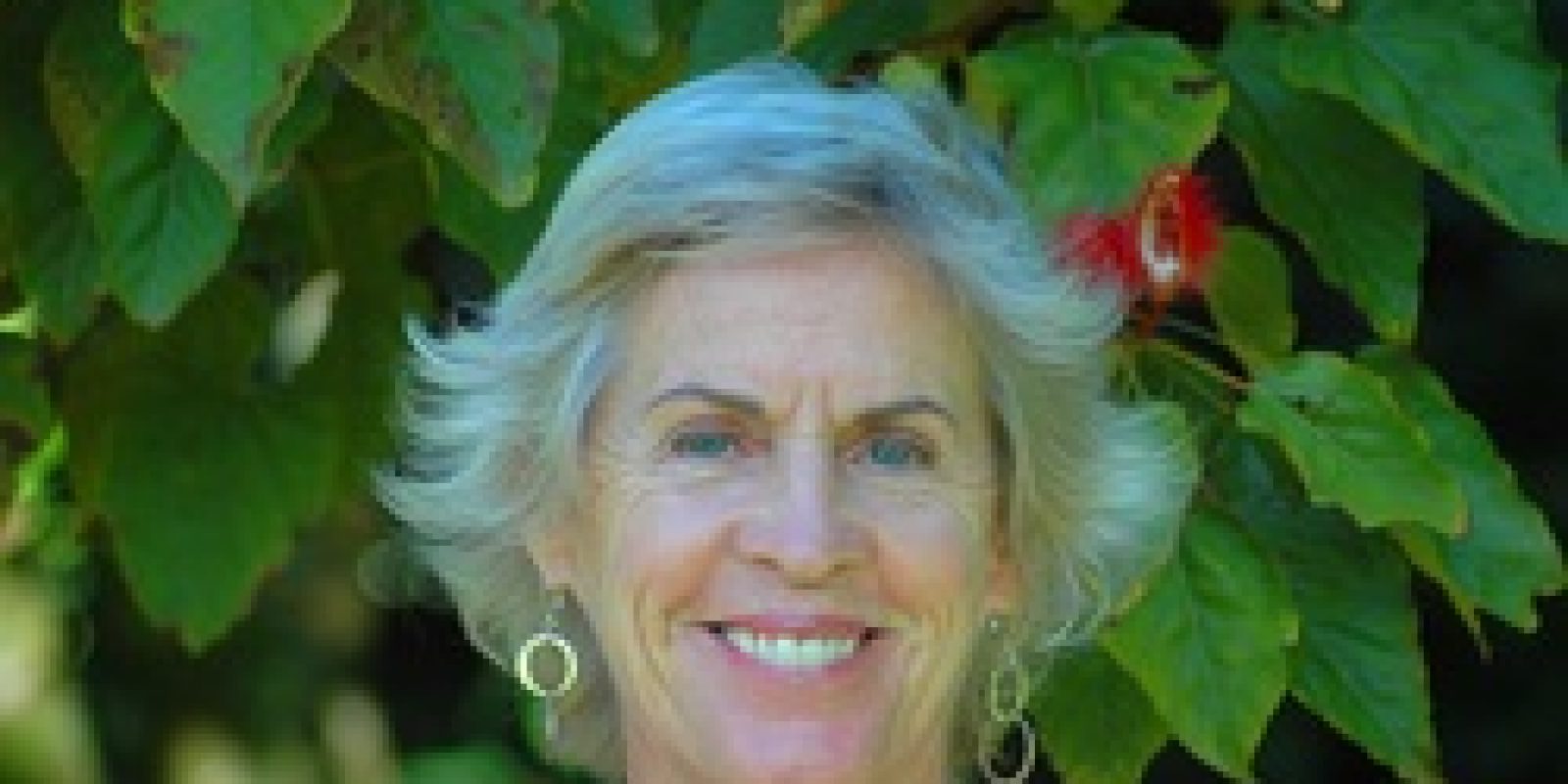 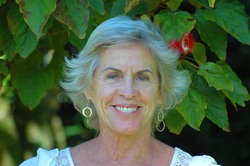 Presenter: Neal Howard
Guest: Karen Peterson
Guest Bio: Karen Peterson, M.A. is the executive director of Giving Back and the founder of the Move With Balance® healthy aging program. She has a combined 40 years of teaching experience in adult education programs, colleges, and senior centers. She is a Certified Educational Kinesiologist, Natural Vision Improvement Instructor, Touch for Health Instructor, and a Certified Massage Therapist.

Segment Overview: Karen Peterson discusses what is really needed to keep mental and physically agile as we age.

Neal Howard: Hello, and thank you for listening to Health Professional Radio. I’m your host, Neal Howard. It’s our pleasure to have in studio today Karen Peterson, M.A. She’s the Executive Director of the non-profit organisation called Giving Back, and also the founder of Move with Balance, a healthy aging program. In addition, she’s an author – the author of Move with Balance: Healthy Aging Activities for Brain and Body.

She’s here today to talk with us a little bit about, well, what you really need to do to stay mentally and physically agile as you age. How are you doing, Karen?

Karen Peterson:  Fine.  I’m doing just fine.  Thank you for having me.

Neal: I appreciate you giving us some of your time.  Aging is something that we all are going to face, and I guess a lot of it depends on what type of aging we’re going to do.  You’re here to tell us that some of the aging that we’ve been accustomed to seeing, say, in the media, in some healthcare ads or some home, eldercare advertisement  may not be exactly the way that a lot of us have to go.  What are your thoughts about aging agilely?

Karen:  Well, it seems to me that the image that we’ve been handed up until now is just that these are things that do happen to you when you get older.  So, you can expect to fall, and you can expect to not be as mentally as sharp.  So people kind of believed this all along.  But once you start working with it, you can see that it’s not true at all.   And especially when you yourself start becoming a little bit older, you can say, “Well, I don’t feel like those images at all.”

That’s what I believe, that a lot of this is preventive, and you can do exercises and activities in a lifestyle that just you will be, I’m not going to say young forever, but just holding the aging off.

Neal: We were talking about holding the aging off, as you mentioned.  You’re in your elder years, your golden years and you’ve had a lifestyle, a certain lifestyle for all of those years previously.  Are you talking about actually turning, for lack of a better term, a negative aging experience or are you saying turning that into a positive one?

Karen: Yes.  I think you can do that.  Of course, if you have been on a negative health path all along, it’s going to be a little harder for you to break those habits.  Your body is going to have to recover first, before it can kind of move forward.  So that’s possible.  And then secondly, if you’ve kind of had a pretty good lifestyle all along, which I think I did and then, like I was saying, then all of a sudden I got older and I thought, “Well, I don’t even feel like those people are saying I’m supposed to feel.”

That was just somebody who had a pretty good lifestyle, and then just continued doing it.

Neal: Talking about how you feel, and the things that are going on physically in your body.  As the developer of Move with Balance:Healthy Aging Activities for Brain and Body” – actually the author, but you’ve developed a system that is not an exercise system in the traditional sense.  You call it more of a movement system for healthy aging.  Could you talk a bit about that, please?

Karen: Yes.  I think a lot of programs for the elderly are just kind of fitness exercise programs.  Those are fine, and helpful, but those get pretty tiring.   I mean, even just knowing, going to a gym, it just gets old.  And just repeating physical fitness exercises does get old.  So, these activities are more … I mean, they’re really fun.  They’re almost like little games.  What they do is they progressively challenge you, because one of things that’s really important for the brain and the body is to continually be challenged.

And by that I mean, so let’s say when we were younger, we were rolling down hills and playing games, and moving all over the place.  So, by the time we’re older, we don’t move so much so we need to get some movement happening that kind of mimics younger activities.  Not rolling down hills, but it mimics it by moving our heads, and challenging our vestibular system in different ways.  Then the balance kicks back in.  It actually starts to work again.

Neal: Okay.  Now, this is after, say, your balance has been compromised by, as we said, a negative lifestyle your whole life.

Karen: Not really.  I think that you could even start doing these at any age.  You could start physically challenging yourself.  In fact, I have used these activities with children.  It really helps their coordination and their brains to connect, so they can even read better, if you can believe it.

I’ve done this with athletes; as long as you keep challenging the system.  So, if someone’s in a wheelchair, they’re going to be challenged in a different way than if somebody is like an athlete.  For an athlete, you have to really keep on doing harder and harder things for them to be able to learn.  See, it’s like there’s new learning happening in the brain and the body.

Neal: These movements, they aren’t actual …?  You say they mimic exercise.  That’s kind of hard for me to grasp.

Karen: I know.  I think if I gave a sample.  If I were on camera, I could do a few, but I can also tell you how to do them.  Here’s one out of the many.  Let’s say that you were marching in place.  Okay.  You know how when you’re marching in place, like your one knee goes up and your other arm goes out, kind of opposite like that, in a march?   You could … let’s say that that kind of marching, you might start raising your feet a little bit, if that was all you could do.

If you can raise your legs more when you lift them up, then it’s going to be harder.  Then you’re standing on one leg longer.  If you really slow it down, you’re balancing on that one leg for a longer period of time.  So, there’s all different variations.  Then, let’s say, I would say, “Okay.  Now, let’s turn our heads to the right.”

Karen: Then I might say, “Okay, let’s all have our eye movements go up to the right.”  You can even try this, either now or after we’re done, and just see how different it is when you change your head position and when you change your eyes’ position.  So, we’re like mimicking as if we were rolling, and our eyes were in different places.  It isn’t the same as rolling down a hill or the stuff kids do, but it’s like it.

Neal: Okay.  But it’s keeping the body in motion, and these eye movements in conjunction with the movements, requires concentration.

Neal: So, I think what we’re talking about is moving the body and the mind at the same time.  Am I correct on that?

Karen: Yes.  Right.  Now here, listen to this one.  Let’s say you get good at the eye movements, you get good at the head turns, and all this, so we’re progressively challenging you.  Okay, then I might say, “All right. Now, get with a partner, and count backward from 100 while you do this.”

Neal: Oh, okay.  I’m beginning to understand that the benefits come, as you say, simultaneous training and learning.

Neal: Okay.  So, you don’t have to do the strenuous traditional exercises?

Neal: You can just actually do them in a slower pace?

Karen: Well, just like I described, the one thing about marching, you saw how many ways that could be modified and varied.  You could do counting backwards by threes with the head turns, and walking.  It’ll be like marching, but then you’re walking too.  So, you would keep … one exercise is done, and I think you said it perfectly when you said that you’re having to concentrate and focus, which is the brain cognitive work, at the same time you’re really controlling your body.

Then what happens is you get really in your body, so you’re very present.  That in itself is great, to be walking down the street right inside of your body.  You’re learning how to do that too.  You’re learning what that feels like.

Neal: So basically, you can be enhancing your agility in your older age just walking down the street, no matter what you’re doing, no matter where you are?

Karen: Yeah, and it carries over.  Doing like this marching in the class when we have it, let’s say, that gets in your system, just like if you were taking a lesson in something.

Karen: Your brain changes and you get new connections in your brain.  Your vestibular system strengthens, and all of this … yeah.

Neal: Now, we were talking about your book previously in this segment.  It’s an award-winning book, actually.  It’s called Move with Balance: Healthy Aging Activities for Brain and Body.  How can our listeners get a hold of a copy of your book?

Karen: Well, on the website we have a, I think, pretty educational, easy to manoeuvre website called movewithbalance.org.  If you go on there, you can order the book.  On the first homepage, it’s got a picture of the book cover, and then several quite good reviews that we’ve gotten, are there.

Karen: So, they could read the book review.  And then the awards are mentioned, too.  They can do that, or they can buy it on Amazon, which is fine.  The only thing with that, if they buy it on our website, our non-profit Giving Back gets some of the funds, versus Amazon.  And I think we could use them more than Amazon. [laughs] But it’s their choice.

Neal: Absolutely.  It’s all about choice.

Neal: You’ve been listening to Heath Professional Radio.  I’m your host, Neal Howard.  We’ve been talking today to Karen Peterson, the Executive Director of the non-profit organisation Giving Back, and also the founder of Move with Balance.  It’s a healthy aging program that incorporates body movements rather than body exercises in the traditional sense.  We’ve been here talking with Karen today about what you really need to do to stay mentally and physically agile, as you grow older.  It’s been great having you here, Karen.

Neal:  Transcripts of this programme are available at hpr.fm.