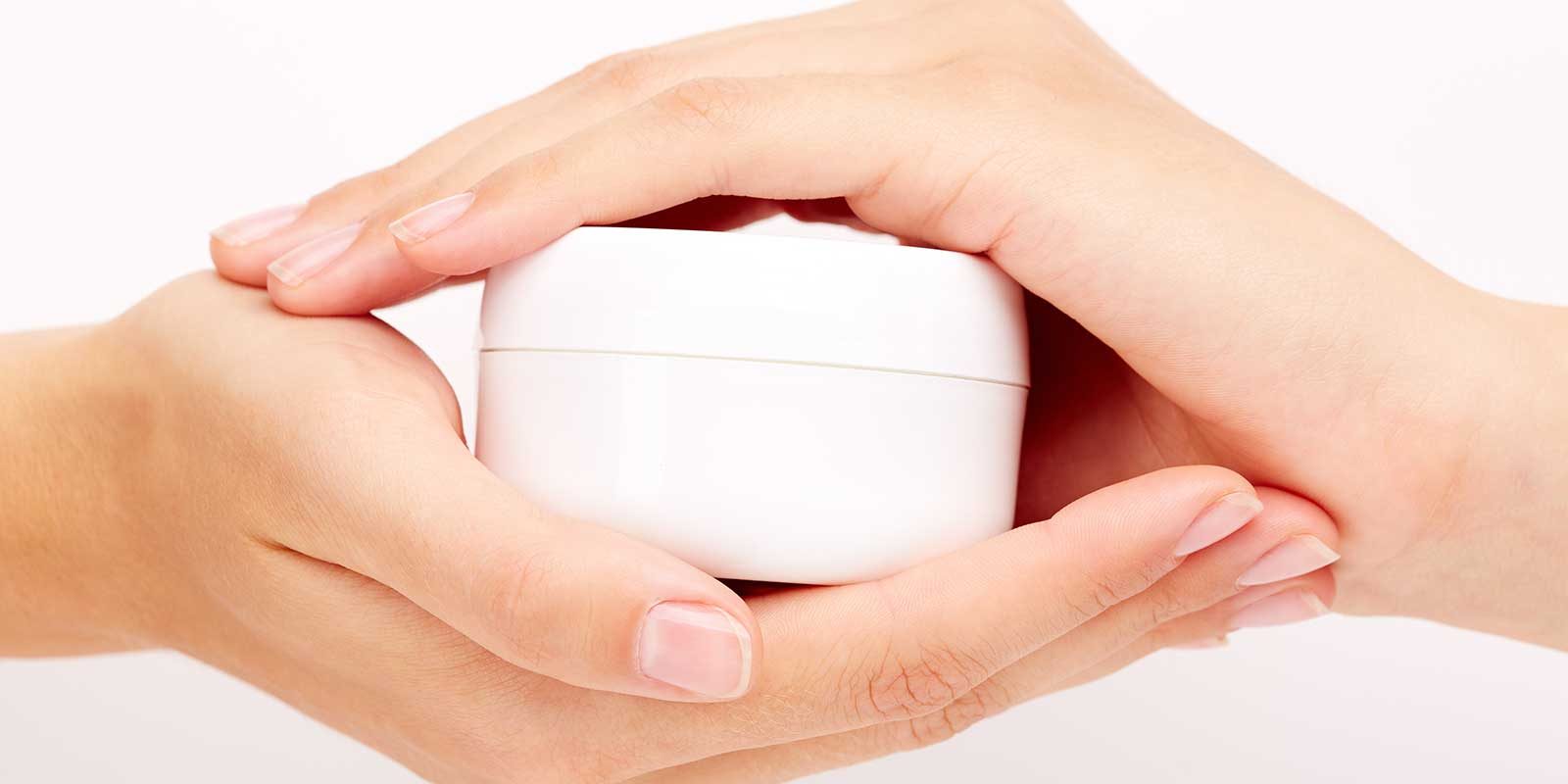 Dr. Jeffrey Sugarman, Associate Clinical Professor in the Departments of Dermatology and Family and Community Medicine at U.C. San Francisco, joined by Jake, a young adult living with atopic dermatitis (AD), discuss moderate to severe AD, what it’s like to be a teen struggling with this condition, and treatment options.

Dr. Jeffrey Sugarman was awarded an NIH training grant 1988 and received his MD and PhD in Biomedical Science from the University of California San Diego in 1996.  He then completed residencies in pediatrics (1999) at the University of Washington Children’s Hospital in Seattle, and in dermatology (2002) at UC San Francisco. He is board certified in pediatrics, dermatology, and in pediatric dermatology.  He is currently an Associate Clinical Professor in Dermatology at UC San Francisco and in private practice as the medical director of Redwood Family Dermatology in Sonoma County. Dr. Sugarman has a special interest in atopic dermatitis, acne, psoriasis and in mosaic genetic skin disorders.  He is the author of numerous journal articles and book chapters in these fields and spends a significant amount of his time engaged in clinical and translational research in dermatology. He was a founding member of the Pediatric Dermatology Research Alliance and is currently the president-elect for the Society for Pediatric Dermatology.

Neal Howard: Hello and welcome to the program. I’m your host Neal Howard, thank you for joining us here on Health Professional Radio. We’re going to have a conversation this morning with Dr. Jeffery Sugarman and a teenager by the name of Jake. It’s already tough enough being a teenager. You’ve got all the social pressures, school, extracurricular activities and on top of that some teens struggle with a skin condition that can carry an additional burden. Now a lot of folks think that atopic dermatitis, also called AD or eczema, is just a skin condition with some itchy patches on the skin but it’s a lot deeper than that. It can be a very serious and debilitating condition that affects a lot of teens. Now here to talk with us is as I said Dr. Jeffrey Sugarman and Jake who’s living with severe AD. Welcome to the program both Dr. Sugarman and Jake. Dr. Sugarman just a brief background about yourself and let’s describe some of the symptoms of moderate to severe AD.

Dr. Jeffrey Sugarman: Sure. I’m a pediatric dermatologist practicing in California and AD or atopic dermatitis otherwise called eczema, is probably the most common thing I see in clinic on a daily basis. It’s most characterized by itchy, red, dry patches on the skin and for those more moderate or severely affected, it can really encompass a large percentage of their body surface area. And this disease is really itchy and persistent itching is one of the hallmarks of atopic dermatitis and can really create quite a burden to those affected by it. And those affected, their immune systems are very sensitive and they get inflammatory irritated patches very easily. Probably hundreds of thousands of adolescents in the United States suffer with atopic dermatitis.

Jake:  So I was diagnosed with AD when I was only six months old so I’ve been living with it for about the last 17-18 years and one of my earliest memories if I was me going out with my mom and just constant in my hand, it distracted me from the world around me and so living with eczema has been about kind of a battle between what I want to do and what I can do that will make my skin worse. So often I would wear like special clothing pants in the summertime, in long sleeves so people didn’t see my skin and it wouldn’t get worse. I live in California and I do a lot of surfing and surfing has actually become increasingly difficult as the salt water kind of burns my skin. So what I want to tell anyone with AD in the audience is to not atopic dermatitis control you.

Neal: You’re talking about the severity of the itching, the burning, interfering with regular activities and also the physical appearance of these rashes and I guess scar tissue from the constant scratching. Doctor, for teens like Jake who are struggling with this condition, what is the treatment for? What makes it better as Jake was talking about making it better?

Dr Sugarman: Excellent question. I just like to start by saying that I’m here on behalf of Renegeron and Sanofi to raise awareness toward the disease state of moderate to severe eczema. What I would tell your listeners who have eczema is first go see your doctor, your eczema specialist and get on the right treatment for your eczema. Everybody’s going to need something a little bit different, it’s not a one-size-fits-all. For those with mild disease, they may just need gentle skin care and maybe a mild topical steroid cream. Others might need a different sort of anti-inflammatory non steroid cream. But for those with moderate to severe disease, they may need something more like an oral treatment or even an injectable treatment for their eczema.

Jake: Well first of all everyone’s eczema or atopic dermatitis is different. Now is definitely talking to your doctor is very important. I personally do depend on my doctor to figure out the medications that work for me and hopefully ideally as I get older I finally find maybe a singular medication I can use and just depend on my doctor for less. But especially at this age when my eczema is so unpredictable, it’s incredibly important to have that communication with your doctor.

Neal:  Dr. Sugarman, is his situation typical? I mean are people diagnosed as early as Jake or are they misdiagnosed up until say they hit 13 years and somebody a light goes on and somebody says it’s eczema?

Dr Sugarman: That’s a great question. So atopic dermatitis is a disease that starts early in life. Most cases that we diagnose we see under the age of four years and in the mild cases a lot of those kids actually outgrow their disease before they become teenagers. It’s really only those that have more moderate to severe disease that the disease persists through adolescence and into adulthood. So Jake’s story is not surprising. Children with more severe disease are going to present earlier so having eczema in age six months is not surprising at all.

Neal: You were talking about being here to raise awareness about the severity and the prevalence of AD and how many people that it does affect. What in your opinion would you say is the reason that awareness hasn’t been heightened up until this point? I mean I see a lot of things on television, in the radio and magazines about adults with skin problems. Not a lot of teens, I mean maybe some acne here and there but this seems to be very serious yet not as prevalent in ads as it should be maybe?

Dr Sugarman: Yeah, you’re right. I think there’s probably a lot of reasons for that. Skin conditions tend to get a little less press because unlike having a cardiac condition or liver problem or cancer, skin diseases maybe more trivialized by some but this disease really impacts the lives of the hundreds of thousands of sufferers. They’ve done research that looked at how children with eczema, the burden that they suffer is similar to children who have diabetes and epilepsy. Diseases that people would take much more seriously.

Neal: Do you think that parents take it as seriously? Being the parent of the child who’s suffering they go back and forth and back and forth with doctors. Is it a societal thing or is it a medical thing where doctors are not giving it the due that maybe it’s worth?

Dr Sugarman: Probably a combination of those things. Certainly for kids that are more severely affected, those parents in my office, they’re struggling. The child is itchy and miserable, possibly infected from all the scratching and they need a solution. For parents who want more information, the internet can be a good source. The American Academy of Dermatology website is an excellent resource. They can go to OptionForAD.com to get more information on how to manage their child’s eczema.

Neal: Great. And Doctor in wrapping up, what would you say to physicians who may not be as familiar with the severity and the prevalence of AD as yourself?

Dr Sugarman: I would really recommend as a physician, if you’re not familiar enough and you’re not comfortable managing severe disease, please refer to an eczema specialist.

Neal: Great. Dr. Sugarman, Jake, thank you so much for joining us here on Health Professional Radio.

Jake: Thanks for having us.

Neal: You’ve been listening the Health Professional Radio, I’m your host Neal Howard.  Transcripts and audio of this program are available at hpr.fm and healthprofessionalradio.com.au