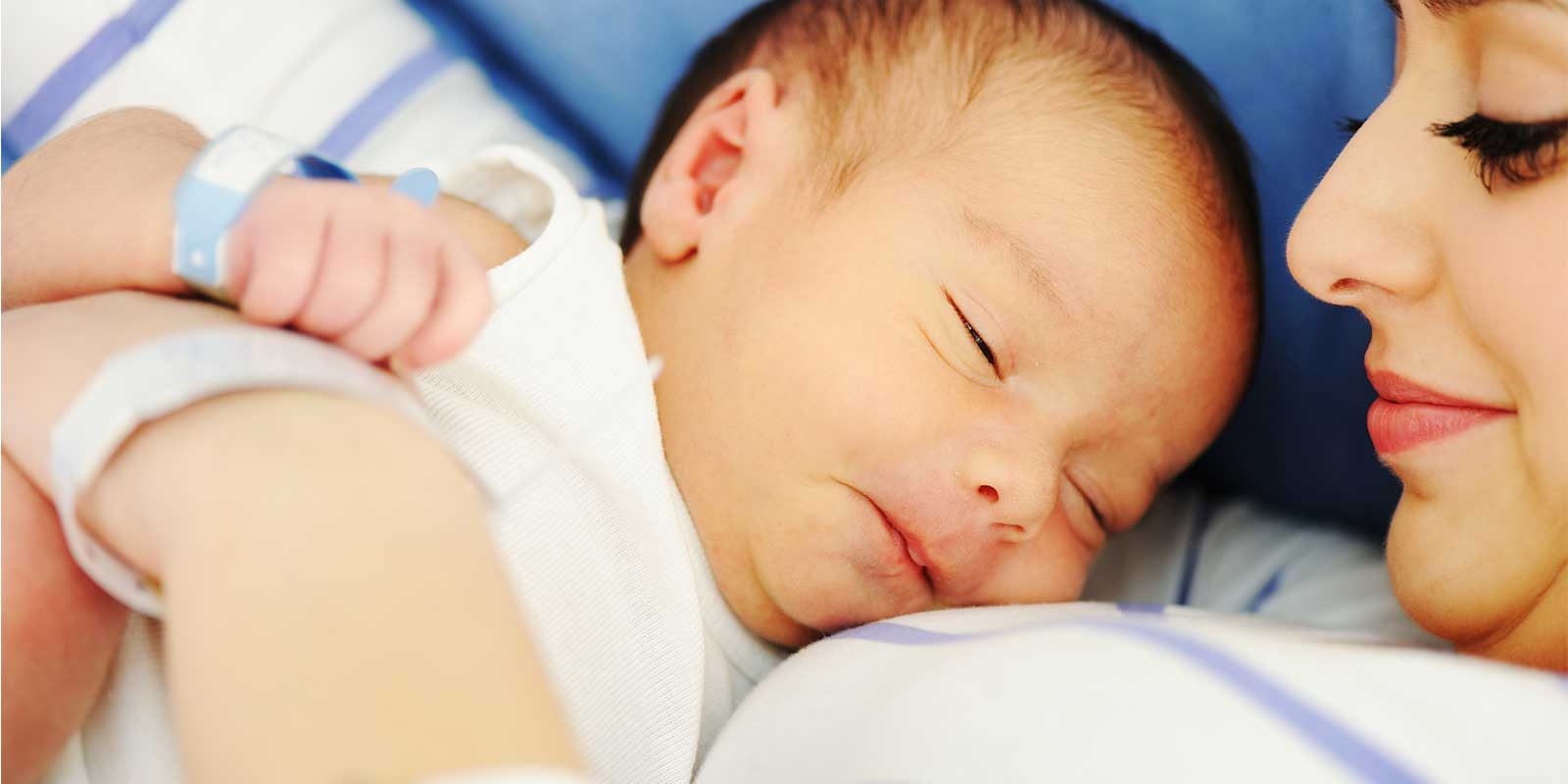 Each year, nearly sixty thousand premature babies in the United States are born with very low birth weight and one out of five of those children have a life threatening opening in the heart. Anthony Daly, whose baby was born prematurely with a heart defect and needed urgent treatment, joins us in this program along with Dr. Evan Zahn who implanted a device smaller than a pea in Baby Tony’s heart to help him survive his condition.

Dr. Evan Zahn si the Director of the Congenital Heart Program at Cedars-Sinai’s Smidt Heart Institute. Anthony Daly is the father of Baby Tony, who was born prematurely with a heart defect and needed urgent treatment.

Neal Howard: Hello and welcome to Health Professional Radio. I’m your host Neal Howard, thank you for joining us here on the program again. Each year, nearly 60,000 premature babies in the United States are born with very low birth weight and one out of five of those children have a life threatening opening in the heart. Anthony Daly whose baby was born prematurely with this heart defect needed very urgent treatment. He’s joining us today on the program along with Dr. Evan Zahn who implanted the world’s first and only device approved specifically for premature babies, smaller than a pea in baby Tony’s heart. Welcome to the program both Dr. Zahn and Anthony Daly.

Anthony Daly: Thanks for having us.

Neal: Doctor Zahn, a bit of background about yourself. I know you’re the Director of the Congenital Heart Program at Cedars Sinai.

Dr Zahn: I’ve been involved in the design and development and testing of new devices for  children’s heart disease for the better part of the last three decades and I’m really excited about the recent approval of the Abbot Piccolo device. We’ve never had a device for premature babies before so we’re pretty excited about this.

Neal: Now what is this heart defect that a small number of these children are born with?

Dr Zahn: So it turns out that every baby born, premature or not, is born with something called a PDA and this is a fairly large vessel actually that communicates between our two what should be separate circulations – one going to the body and one going to the lungs. And in term babies, normal gestation babies, that vessel is genetically programmed to close and usually closes within the first few days of life. It turns out that the more premature you are, the greater likelihood that this PDA will stay open and in very low birth weight babies like Little Tony was, it can cause significant problems to what are already very tiny, very frail newborns.

Neal: Anthony, I understand that your baby was born with this specific type of defect. When did you find out that your child had been affected and what were some of the symptoms that tipped you off, if any, or that tipped the doctors off?

Anthony: Sure. So he was born at 26 weeks and six days and I would say it was shortly after that, within a couple of days that the neonatologist had alerted us that his PDA did not close and that they would be monitoring it and seeing if it would spontaneously close or if there needed to be a little bit more of an aggressive approach. And about two or three weeks into his battle for life, as Dr. Zahn pointed out, he wasn’t receiving enough blood to his bowels and the concern was that the PDA was causing that shortage of blood and they recommended that we meet with Dr. Zahn who then explained to us our options which ultimately led to the Abbott Piccolo device.

Neal: Dr. Zahn, what percentage would you say of these holes close on their own shortly after birth and how many of them would you say need this particular treatment?

Dr Zahn: Well as you mentioned at the top of the show, there’s about 60,000 premature babies, significantly premature babies born per year in the U.S. and we estimate that somewhere between 10 and 14,000 of these babies have a problem with PDA so it’s actually a significant number. What number of that ten to 14,000 would really benefit from closure with something like the Abbott Piccolo device, we’re still working out but it’s our sense that it’s quite a significant number and right now because prior to approval of this device, quite frankly we just don’t have a good treatment option and a lot of these babies are languishing across the nation in neonatal intensive care units as we sort of watch this pathologic lesion and just accept its existence. So time will tell how many babies, by my estimate it’s going to be a significant number of premature babies that benefit from this technology.

Neal: Now Doctor, we’re going to talk about the world’s first and only device that’s approved for this particular type of defect. Now you implanted one of these Piccolo devices in baby Tony, that’s correct right?

Dr Zahn: That’s correct. Actually Little Tony was the very first baby in the country to get this device.

Dr Zahn: It depends on how early you’re born. He was born quite early at 26 weeks and weighed under two pounds at birth so typical for that early a baby, but yes very very tiny, less than two pounds.

Neal: Well tell us about this FDA approval of the device. Why is it a significant advance so future babies now? You said we had no treatment whatsoever, is that correct? We had absolutely no treatment and these babies were just basically doomed before this device?

Dr Zahn: Well I wouldn’t say we had no treatment. We didn’t have optimal treatment. We have medicines available that we can give these premature babies medicines which by the way have significant side effect potential and only work in about 50 percent of the cases. And you don’t know if they work for several days so you have this premature baby getting an intravenous medicine with potential side effects that may or may not work half the time. If that doesn’t work,  we then up till now can only offer the babies open surgery which as you might imagine on a baby that weighs a couple of pounds and is sick on a respirator and other medicines, that’s a big deal and … with not only procedural complications potentially, we’re not sure if surgery is beneficial, heart surgery, for such young babies and in fact there’s some evidence that suggests maybe it’s not. The significance of the FDA approval of the Abbott Piccolo device is for the very first time ever we have an approved device specifically designed for this particular very unique population and it’s a minimally invasive treatment that just takes a few minutes. There is no cutting, there’s no stitching, there’s no time delay like there are with medicines. It’s curative. It’s a one and done implant procedure so I’m all over the moon about this because I think we’re going to be able to impact thousands and thousands of little babies’ lives with the approval of this device.

Neal: Your first, so you had no experience with childbirth in general before this, I hesitate to say devastating because obviously Tony’s doing well today, is that correct?

Anthony: Yes, and that would go for my whole side of the family. I’m the oldest son. I have some brothers and a sister and Tony was the first nephew and grandson. So it was a very nervous time and worrisome time but as you mentioned, it all worked out for the best.

Neal: What types of management care is Tony having to deal with? Or you and the rest your family members dealing with on a daily basis with Tony? How is he doing, how is he managing?

Anthony: Amazingly enough, the process with which he was born so young, typically you see some developmental issues. He has none. If you saw him, you wouldn’t have any idea that he was a preemie or that he had any heart procedure. They catch you up on your gestational age in those first couple of years but aside from us talking about it here now, there’d be no way that you would know that our son was actually at some point a fragile, on the verge of death. Going through this fight for his life.

Dr Zahn: This particular vessel, you actually need open when the babies in the womb. It’s actually quite important it stays open. But I think the future of this is that we will get much more sophisticated in which babies can benefit from the Abbott Piccolo. How early we can do this, right now babies are typically not receiving this until they are 3-4 weeks of age and I’m of the opinion we may learn that they’re much better off if we can treat them younger and I do believe that we can treat a baby of almost any size. Because this device is so small and so fine, I don’t think there’s going to be a lower age or weight limit as we go forward.

Neal: Where can our listeners go online and get some more information about the Abbott Piccolo device and about PDAs in general?

Dr Zahn: Yes. First off the device is available and in several cities across the country such as Columbus, Detroit, Seattle, St. Lewis and a few others and to find out where it’s currently available, listeners can go to abbottpiccolo.com and get lots more information.

Neal: Dr. Evan Zahn, Anthony Daly, thank you both for joining us on the program this morning. It’s has been a pleasure.

Dr Zahn: It’s a pleasure, thanks for having us.