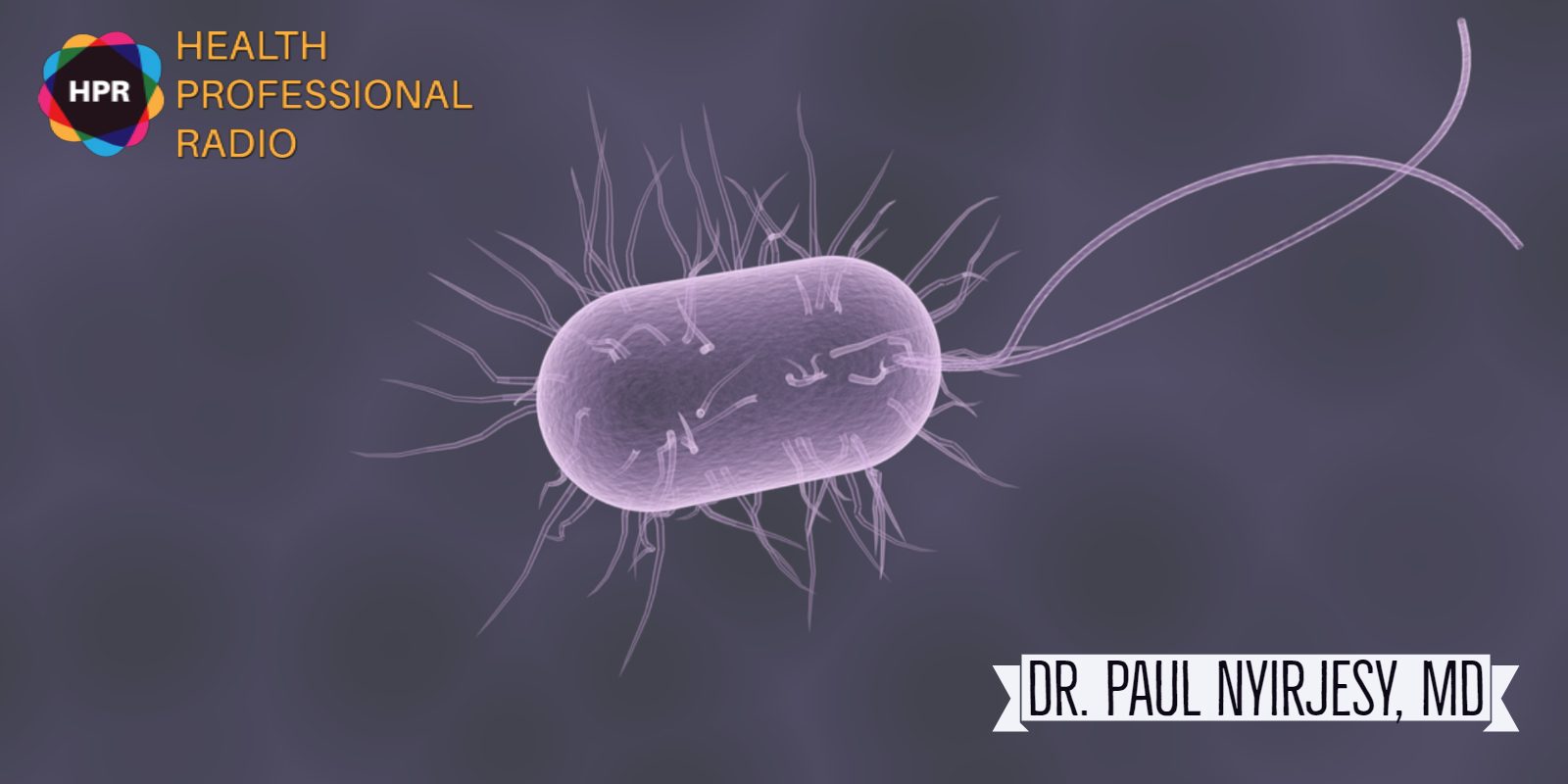 Dr. Paul Nyirjesy is the director of the Drexel Vaginitis Center and also serves as an attending physician at Hahnemann University Hospital. He has received numerous awards for the quality of his clinical care. Dr. Nyirjesy has written over 100 research and review publications on a broad array of vulvovaginal conditions and has trained other experts in the field. Dr. Nyirjesy has been a consultant to the Centers for Disease Control’s guidelines on sexually transmitted diseases treatment since 2005 and wrote the American Congress of Obstetricians and Gynecologists’ most recent guidelines on vaginitis. He has served as on the Medical-Scientific Advisory Board of the National Vulvodynia Association since 2002.

Neal Howard: Welcome to Health Professional Radio. I’m your host, Neal Howard. Thank you for joining us again. In studio with me is returning guest, Dr. Paul Nyirjesy. He’s a Professor of Obstetrics and Gynecology at Drexel University College of Medicine. Welcome back to the program, Doctor and for those who may not be familiar with you, give us a bit background about yourself and let’s talk about your OB-GYN patients a bit.

Dr. Paul Nyirjesy: Thanks for having me back on the show, Neal. So my background is I’m an OB-GYN and I have an unusual training in that. I also did a fellowship in infectious diseases and for the past 25 plus years, I’ve been running a program called the Drexel Vaginitis Center where I focus on seeing women with chronic vulva vaginal problems. Some of them have infections like yeast infections and bacterial vaginosis. Some of them have a variety different skin conditions that lead them to our center or a more specialized approach to their problems.

P: So BV is a situation where women develop this imbalance between the different bacteria in the vagina and there’s a drop in lactobacilli which are supposed to be the dominant flora in women in the reproductive years and a growth of a broad range of different bacteria. Most of them … and it ends up causing symptoms, usually an abnormal discharge, an abnormal odor and sometimes less commonly can cause itching and irritation and it’s a really common condition. The various studies have tried to quantitate that and in women, in the reproductive years in the United States, the current estimate is that probably about 25% of women have BV which if you think about is a really big number.

P: Well, it’s easily treated. Sometimes there can be recurrences which is a different issue but there are a variety of treatments that are available – some oral, some vaginal. The deal by the way with bacterial vaginosis is that when I described it initially it sounds like it’s really trivial type of infection that’s why a lot of people ignore BV. It actually has all kinds of associated risk including an increased risk of getting various STDs, including herpes and HIV, also pelvic inflammatory disease, preterm births, preterm labor. So it’s more than just a minor vaginal infection.

N: So as common as you say that it is, is this something that’s easily diagnosed or is it sometimes misdiagnosed?

P: Diagnosis is pretty straightforward. The standard criteria to do is called Amsel’s criteria where you check the vaginal pH, see if it’s elevated, mix the secretions with potassium hydroxide and check for a fishy odor and then do a wet mount to look for clue cells on microscopy. The catch is that most people don’t bother to do those tests. The other thing is that now with clear regulations, sometimes it’s difficult to even be allowed to do those tests in the office. So a lot of times it gets diagnosed based on history or a very cursory exam or sometimes people resort to doing PCR testing for these different bacteria which can be really expensive and not necessarily more accurate to simple office-based test.

N: I understand that there was a new national survey released by Lupin Pharmaceuticals. Can you talk about that survey and what maybe some of the revelations were?

P: Lupin – they have acquired Secnidazole which is going to be a single dose oral treatment for BV which looks as though it’s going to fit in very nicely with other options. And what they did is they did a survey at the National Association of Nurse Practitioners in Women’s Health which is a group which in a way is on the forefront of diagnosing and treating vaginal infections. What they found was that fewer than half of healthcare providers thought that their patients know what bacterial vaginosis is about 88% thought that patients mistake BV for a yeast infection. They also felt that sometimes patients might have symptoms of BV and there might be too embarrassed to share it and 94% of the healthcare providers said that patients with BV either don’t call or schedule of a follow-up appointment and they kind of assumed that things are going well if their symptoms improved.

N: Those are some huge factors involving how common this condition is. Why do you think that those continued to persist as factors?

P: Well, I think that for many women, the perception is that if it’s any sort of vaginal problem it’s got to be a yeast infection and the numbers are actually a little bit better than they used to be historically. So there’s a family practitioner named Daron Ferris who 20 years ago published a paper where they administered surveys to women at different settings where they asked them
and the classic symptoms of various scenarios and I think the number was 2% of women could accurately recognize BV. Then a decade later we actually were part of a group that did a study looking at women about to treat themselves for yeast infection and we found that two-thirds of them had BV. Actually, in this study 48% of healthcare providers said that fewer than half of the providers thought that their patients deal with BV is that’s actually a lot better than the 2% number of Daron Ferris found 20 years ago. In a way, we’re making progress although it’s really suboptimal.

N: Would you say that what we just talked about were I guess the most surprising results of this survey or were there things revealed that you kind of expected anything that you didn’t expect that was really profound?

P: Well, I think the follow-up information that patients kind of assume that everything is going well. Now, if there’s something that gets better, I think that it’s good sometimes to come back and it’s actually not necessarily recommended that patients come in for tested cure visit but since a lot of women with bacterial vaginosis can be asymptomatic they might recur and not bother to come in because they are asymptomatic or they might recur and not realize it and so not get treated even though the BV has come back.

N: You mentioned a website early on in our conversation. I’d like you to give that website to us again and also tell us where we can learn a little bit more. I understand there’s another website keepherawesome.com – www.keepherawesome.com.

P: Yes. Keepherawesome.com is a website that talks a lot more about bacterial vaginosis, the issues related to bacterial vaginosis. It’s really geared towards educating women about the different symptoms that you get with BV and distinction with yeast infections and distinction with Trichomoniasis infections. So it’s actually a really nice resource.

N: Well, I thank you so much for taking the time and coming back and speaking with us again today, Dr. Nyirjesy.

P: My pleasure. Nice speaking to you, Neal.