Beneficial Use of Antibiotics [Interview][Transcript] 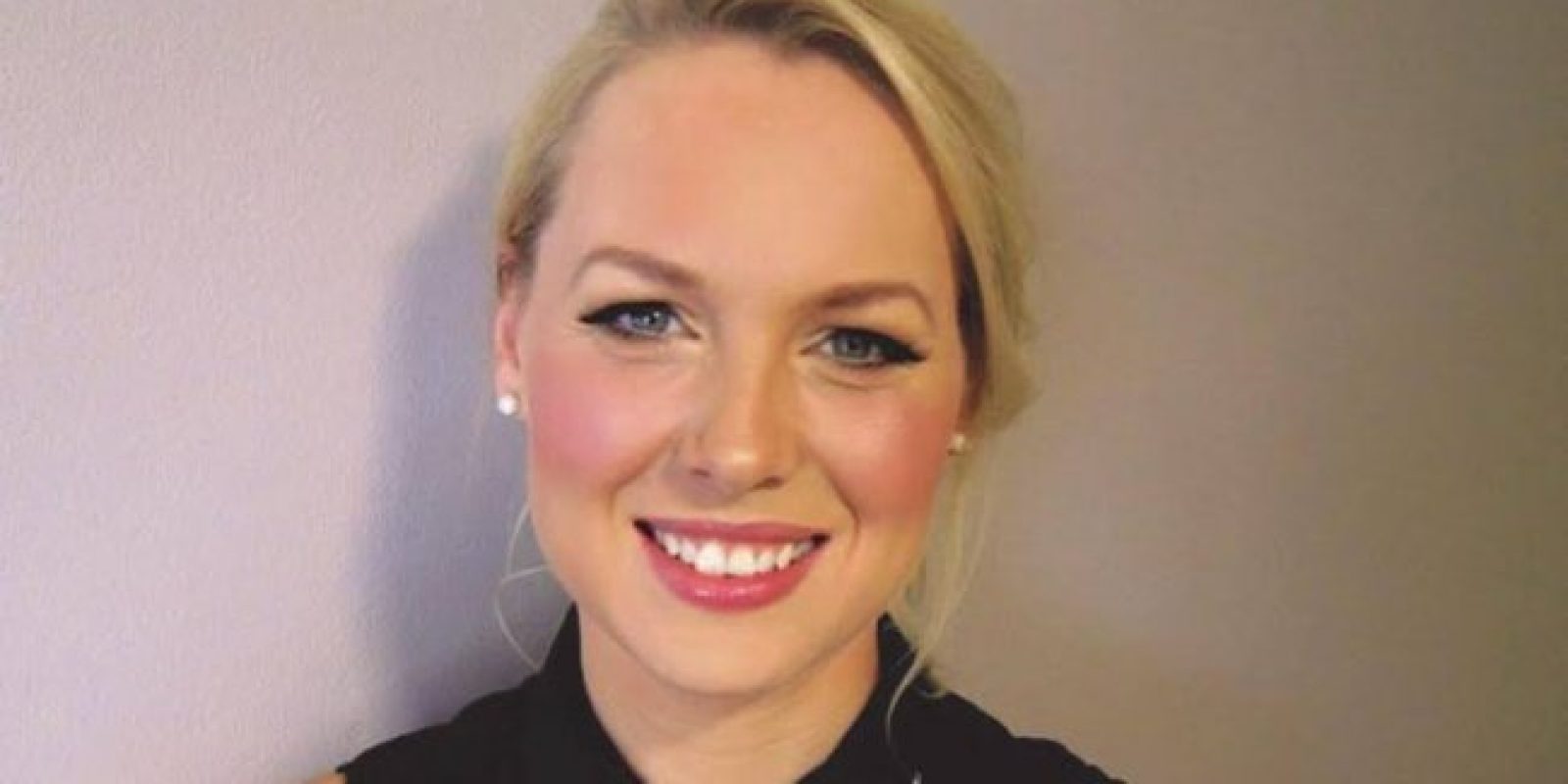 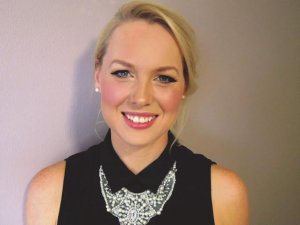 Guest: Belinda Reynolds
Presenter: Neal Howard
Guest Bio: Belinda is a BioCeuticals educator, nutritionist and dietician and graduated with a degree in 2003. She has been involved in the complementary medicine industry for nearly 15 years – 10 of these working for BioCeuticals as a Practitioner Sales Consultant, Team Leader, Presenter, Educator and Writer, with an involvement in Marketing and Product Development.

Segment overview: BioCeuticals spokesperson and education manager, Belinda Reynolds, discusses the beneficial use of probiotics during an antibiotic course.

Health Professional Radio – Beneficial use of probiotics during an antibiotic course

Neal Howard: Hello and welcome to Health Professional Radio, I’m your host Neal Howard for this Health Supplier Segment of the show, thank you so much for joining us today. This is November the 17th 2016 right in the middle of Antibiotic Awareness week, and our guest in studio is Spokesperson and Education Manager for BioCeuticals. Welcome Belinda Reynolds to Health Professional Radio, hello Belinda.

Belinda Reynolds: Hi. Thank you for having me.

N: Thank you, thank you. Well, Antibiotic Awareness Week, why should we raise awareness about the use of antibiotics?

B: So, I think, first of all, it’s important to point out that I do think that antibiotics certainly have their place in certain situations, but I think what has began to happen over the years is that there’s an overuse in antibiotics and I think the public in general don’t quite understand exactly where antibiotics are required and where really best to just let their immune system address an infection that they have. In addition to that, generally when they’re ease of overuse of antibiotics, it can significantly compromise certain aspects of health. One of the ways in which they can do that is through really upsetting the fine balance of bacteria that we have within our gastrointestinal tract to another the areas of the body.

N: Well, I’m not a healthcare professional myself but I thought I pretty well understood that the use of the antibiotics was pretty much beneficial across the board, commonly prescribed for infections. So, you’re saying that it can actually harm the good bacteria that inhabit our guts?

B: Some of them have the potential to yes. In most of studies, in bacterial infection, the antibiotics absolutely have their play. But I think in a lot of cases, people will often have a virus such as a cold or a flu, and antibiotics effective at treating a virus, they aren’t really effective at treating a bacterial infection whether that has being developed secondary to a viral infection or it’s a bacterial infection that’s been there from the beginning. But yes there certainly are antibiotic, particularly the more broader spectrum, TOT antibiotics, which have been shown to not only kill off the pathogenic or the disease-causing bacteria TOT in a body, but they could also kill off some of the friendly bacteria that exists in our body and that help to cause our digestive function that also assist in modulating our immune system and that then leaves us vulnerable to other situations. One perfect example is, I’m sure that the women who recognize that if they take a strong antibiotic they might develop a thrush as a result. That’s occurring due to the antibiotic killing off some of the good bacteria TOT, which are helping the certain yeast in a body under control. Even though they seem unnecessarily harmful in low numbers, when you kill off the bacteria that are helping to keep or maintain a fine balance, suddenly they cease to give an opportunity to flourish and then they called infection.

B: So, can’t we just replenish the good bacteria in our gut? Maybe a change in diet in addition to using some antibiotics, is that something that’s a consideration or am I just wishfully thinking?

B: It certainly can, yeast, some high dose probiotics following an antibiotic yeast that will actually help with re-establishing the balance of the good versus the bad microorganisms that exist within our body. Definitely, a healthy diet is one of the first places that we need to talk and that’s ultimately going to be beneficial to just to supporting your needs just to mean general. I absolutely recommend eating a probiotic following on from an antibiotic script, cause that will help with the rapidly restoring the numbers of the good bacteria and then ensuring that you’re consuming a diet which is really rich in fiber that you get from vegetables and fruits and that will really help in ensuring that you’re providing the food that your good bacteria needs in order to survive. It’s important there as well to ensure that you’re minimizing the intake of simple sugars which tends to sit more of the less desirable TOT of bacteria and other microorganisms that exist. So, stick to high fibers, minimize sugar and that can really help as well towards supporting that balance of bacteria.

N: Now, being antibiotic awareness, I know you’re not here to give antibiotics a bad name. Could you talk a little bit about, maybe some of the mixtures that might be a little less beneficial if misused? Are we talking about the use or the overuse, or the misuse, or the combination of the three depending on the individual?

B: I’d say, possibly a combination of the three. I think, sometimes they can be overused. At times, they’re used inappropriately. It can be difficult to determine without doing some further assessment whether someone actually has a viral or bacterial infection. So, often it’s an educated guess as to whether the antibiotics really are the most beneficial thing to that individual. I think what we’re saying in the emergence of the antibiotic-resistant strains of bacteria is because of this overuse to antibiotics and also the overuse of sanitizers and other bacteria-killing substances in our environment and that’s contributing to certain strains of bacteria mutating and also developing ways in which they can protect themselves against the use of these antibiotics and so overtime we’re slowly seeing the emergence of these superbugs that are unable to be killed by antibiotics. The research now is trying to focus on understanding otherwise, so we can prevent or treat bacterial infection where you’re seeing these antibiotics resistance occurring.

N: Now, as Education Manager at BioCeuticals and also BioCeuticals’ Spokesperson, Australia has more than 19 million prescriptions written out every year just for antibiotics, one of the highest rates of antibiotic use in the world. In your opinion, why would you say that Australia, maybe the United States and the United Kingdom, have a higher, much higher use of antibiotics than some other countries? Would you think that it’s availability or maybe education as to the proper use or maybe more awareness about antibiotic use and some of the other countries that don’t top at the lists?

B: I think it’s probably is a combination of things, we are very lucky in Australia that we have such a great access to general practitioners. I think, though as well a lot of the general public are often misinformed. You hear it all the time, someone will develop a cold or mild flu and they go to their doctor and they almost demand an antibiotic script cause they believe that that’s the thing that they need to get them better. I think overtime people have just developed a misunderstanding of really where antibiotics are required and there seems to be disbelief that were unable to fight off an infection ourselves then the antibiotics were absolutely must if we’re going to get better and I think it probably is just more of a matter of helping to re-educate the general public and help them to understand that there are other things that they can do to support their immune system and to help themselves get over things. So often, we are under the impression that we need to be able to soldier on and push through illness and therefore, we must get over it faster and take medications that can allow us to feel good after and go to work when there’s simple things that we really need to be doing and that is listening to our body and giving us the opportunity to rest , eat well, and those sorts of things can really go along way to helping to speed up our recovery from infections without the need of antibiotic. Generally, we feel very strongly about this awareness week because we do see that there’s certainly use this emergent to the antibody resistance that were also seeing some actually being conducted into the field of micro biodiversity in the body and what research is there really trying to understand this lack of micro biodiversity or lack of bacteria numbers in our bodies caused by these antibiotics is a real contributing factor to a huge number of different chronic diseases. For example, they’re linking new disorders, also immune diseases, allergic diseases and an increased risk of infection or to this imbalance of bacteria that we have in our body as a result of excessive antibiotic use and excessive sanitation and also of course poor diet. I think it’s more of what it’s really to help people understand that even if they do need to use antibiotic, that there are also been paying attention to making sure that they’re supporting that re-establishment of good bacteria in their bodies that can really help to minimize their risk of a variety of different issues, health issues down the track.

N: Now, where can our listeners get more information about Antibiotic Awareness Week and BioCeuticals?

B: We have a website, bioceuticals.com.au. But they can also speak to their healthcare practitioner as well that they’ll be often be able to provide them with advice that is relevant to them and their specific case. I did want to emphasize that I’m certainly not suggesting the antibiotics shouldn’t be used if they speak to a healthcare practitioner that’ll be able to guide them toward either a probiotic supplement and also recommend the diet that can really help to support their intestinal health and also their overall health following on from antibiotic script.

N: Well, thank you so much for joining us today, Belinda.

B: Thank you so much for having me.

N: You’ve been listening to Health Professional Radio, I’m your host Neal Howard, for this Health Supplier Segment with Belinda Reynolds, Spokesperson and Education Manager for BioCeuticals and we’ve been talking about Antibiotic Awareness Week and the beneficial use of antibiotics. Transcripts and audio of this program is available at healthprofessionalradio.com.au and also at hpr.fm, and you can subscribe to this podcast on iTunes!