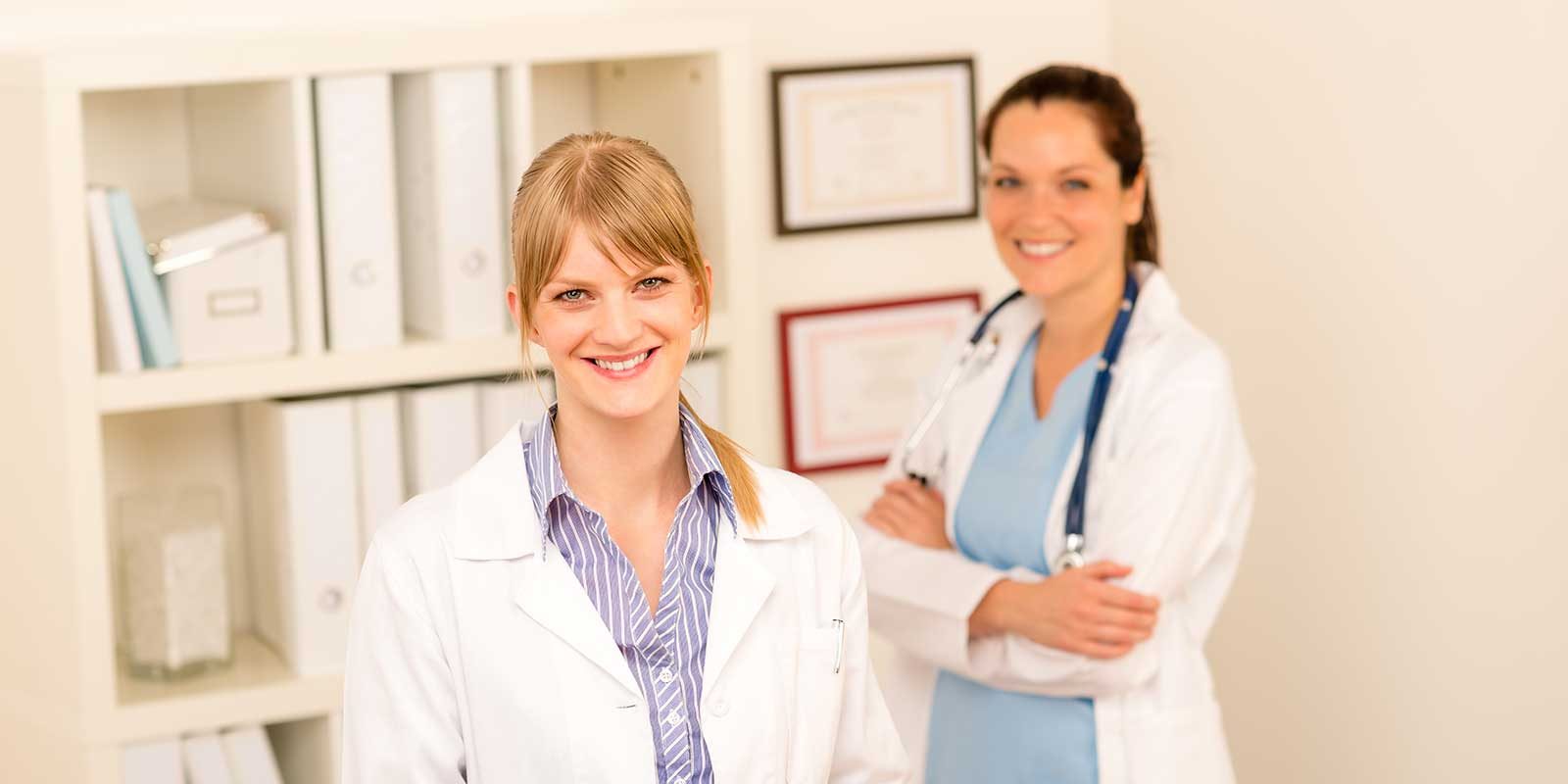 Audra Moran and Susan Leighton, winners of the Cancer Community (C2) Award, discuss the work they are doing in oncology and in their communities.

Audra Moran, President & CEO of Ovarian Cancer Research Alliance, heads the largest global charity for ovarian cancer research and advocacy. Under Audra’s leadership, OCRA has awarded the most research funding in its history, passing the $100 million mark in funds raised. She developed the national expansion of a support program for women undergoing treatment for gynecologic cancers, Woman to Woman, now at 37 hospitals, and acquired another nonprofit, Ovarian Cycle, expanding its spinning events to more than 25 locations. In 2016, she oversaw the merger of Ovarian Cancer Research Fund (OCRF) with Ovarian Cancer National Alliance (OCNA). She continues to lead the expanded organization, with offices in NYC and Washington, DC.  Previously, Audra oversaw scientific affairs and development at the Brain and Behavior Research Foundation, and began her career at Helen Keller National Center as a rehabilitation counselor. She lives in Westchester with her husband, son, and three cats.

An ovarian and breast cancer survivor, Susan Leighton is the National Program Director of Ovarian Cancer Research Alliance’s (OCRA) “”Survivors Teaching Students®,”” program. She serves as a reviewer on the Programmatic Panel of the Department of Defense Ovarian Cancer Research Program, is a member of the National Cancer Institute’s Ovarian Cancer Task Force, and is an OCRA Advocate Leader. Susan spearheaded the formation of the Alabama Study Commission for Gynecologic Cancers, has served as an FDA Patient Representative, and testified before the Senate Appropriations Subcommittee on Defense. In 2017, she was honored by OCRA with the “Cindy Melancon Survivor Spirit Award,” and in 2018 by CURE Magazine with the Inaugural Ovarian Heroes Award at the Society for Gynecologic Oncology.

Neal: Hello and welcome. I’m your host Neal Howard here on Health Professional Radio, thanks for joining us. We’re going to have a conversation with Audra Moran and Susan Leighton – winners of the Cancer Community or C2 Award. They’re joining us on the program to talk about the work that they’re doing in oncology and also in their communities related to oncology in the fight against cancer. Welcome both Audra Moran and Susan Leighton. Thanks for being here.

Audra Moran: Thank you Neal for having us.

Neal: Just a bit of background about yourself Audra.

Audra: Sure. I am the President and CEO of Ovarian Cancer Research Alliance. I’ve been with the organization about nine years.

Susan Leighton: Sure. I am the director of the Survivors Teaching Students® Program which is part of the Ovarian Cancer Research Alliance, and I’m also a 22-year survivor of Advanced Ovarian Cancer.

Neal: Both of you are winners of the Cancer Community award, the C2 award. Can you tell us a bit about this award Audra?

Audra: Absolutely. It’s part of the Your Cancer Program, which is a partnership between AstraZeneca and Scientific American. We’re actually the inaugural award winners, and we are thrilled to have received it this year. Often in doing our work, we don’t receive a lot of recognition. We know that what we’re doing is great and that is certainly helping people but to have this external validation and to just last night to be able to actually meet people and to say, “You know, thank you to the people that are giving us the award.” It was truly an honor.

Neal: So what type of work is it that you’re getting these awards for?

Audra: The criteria for it I think was recognizing changemakers in Cancer Care and making sure that our sole criteria for the president’s award was making tangible and inspiring differences and patients lives and we have a program that we feel does just that.

Susan: And that program is Survivors Teaching Students® program which I’m the director of and which I’m so very proud of. We have over 900 volunteers who are survivors and caregivers and we take them into the classrooms of medical and nursing students across the country to teach them about the disease of ovarian cancer. It’s a disease that’s very very to detect because there’s no screening test for it. So it’s really important that these young students begin to learn and understand how the disease presents. And to hear it from survivors was so eye-opening for them. They really begin to understand the disease and they walk out of the classroom with a much better understanding and we feel that when they get out into practice they’ll be able to identify the disease earlier when it’s more treatable.

Audra: And these are really students who have not yet selected their specialty so we think that we’re just reaching a large swath of people that someday if they happen to encounter a case of ovarian cancer, they’ll recognize it and so we think that has a lot of impact.

Neal: So you basically have people looking out for each other and you’ve got the student who are you telling other students who are talking to their parents and parents are talking to parents – that whole a community thing.

Audra: Absolutely. I think it’s involved on every level. The survivors are involving their families. Caregivers actually also get some of these presentations but most importantly we’re getting into that medical community and ovarian cancer is technically a rare disease and some of these doctors may never see a case. But if they do, we want to make sure that they know how to identify it.

Neal: How many women are dealing with ovarian cancer as we speak?

Audra: Well there’s about 22,000 women diagnosed every year and sadly about 14,000 of those women will die. It’s a very deadly disease. It’s actually the deadliest of the gynecologic cancers. About one in seventy-two women will be diagnosed with the disease.

Audra: Well I think Susan can probably speak to some of the obviously the symptoms. The symptoms however are very vague. And that’s why we teach doctors also recognize the fact that if a woman comes in and report symptoms that many women have which might be bloating or having difficulty eating and those are things that every woman is going to experience at some point in her life. So I think with our program, if we can indicate to a doctor that if this is recurrent and going on for a long period of time that this is something they should think about as a diagnosis if you will.

Susan: Yeah, definitely. They need to be aware, women need to be aware of their own body and understand that if something is new and different for them and it’s not attributable to some other condition that they may have, they need to ask their physician “Can you rule out ovarian cancer?”

Audra: And it is important to note that pap smears do not test for ovarian cancer. And I think that might be a myth in the community that we love to dispel because it’s just not true.

Neal: Was there a point Susan at which you really took control of how you were talking with your physician? What was it about your treatment that saved you?

Susan: Well one thing when I was diagnosed, I went to my family doctor and I had been treated for a number of benign conditions. He came up with every excuse for my symptoms and what really save me was when they did an ultrasound, they found that there was something going on and they referred me to a gynecologic oncologist, which is the crucial part of treatment for any ovarian cancer patient. They need to be treated by that specialty and honestly, that’s what saved my life.

Neal: So I guess if you’ve got any advice for women who are dealing with something that’s abnormal and not attributable to some other condition, would you say rattle the cage of your provider to take it a step further, even though they may not think it’s as serious as you do?

Susan: That is totally correct. I always encourage women to take a symptom card with the symptoms of ovarian cancer with them to their doctor and say “Prove to me this is not ovarian cancer. Do something, prove this to me.

Audra: And discuss your risk with your doctor. Many doctors don’t seem to follow up and ask you about first-degree relatives and whether they’ve had breast or ovarian cancer, those are important questions. And if you know your history, you really need to make your provider talk with you about that.

Neal: Now briefly in wrapping, back to the awards, I understand that there are four different categories, in which did you just receive and win for?

Susan: We won the President’s Award which is given specifically for making tangible and inspiring differences in patients’ lives.

Neal: And the other categories?

Audra: There were several. One was for precision medicine, one was for better treatment for families going through this and it was really about the collective difference when the community comes together. I think all the awards, that was the common theme that wove them together.

Neal: And I understand that there are some charitable donations for cancer nonprofits that are involved with these Awards as well, yeah?

Susan: Thank you very much.