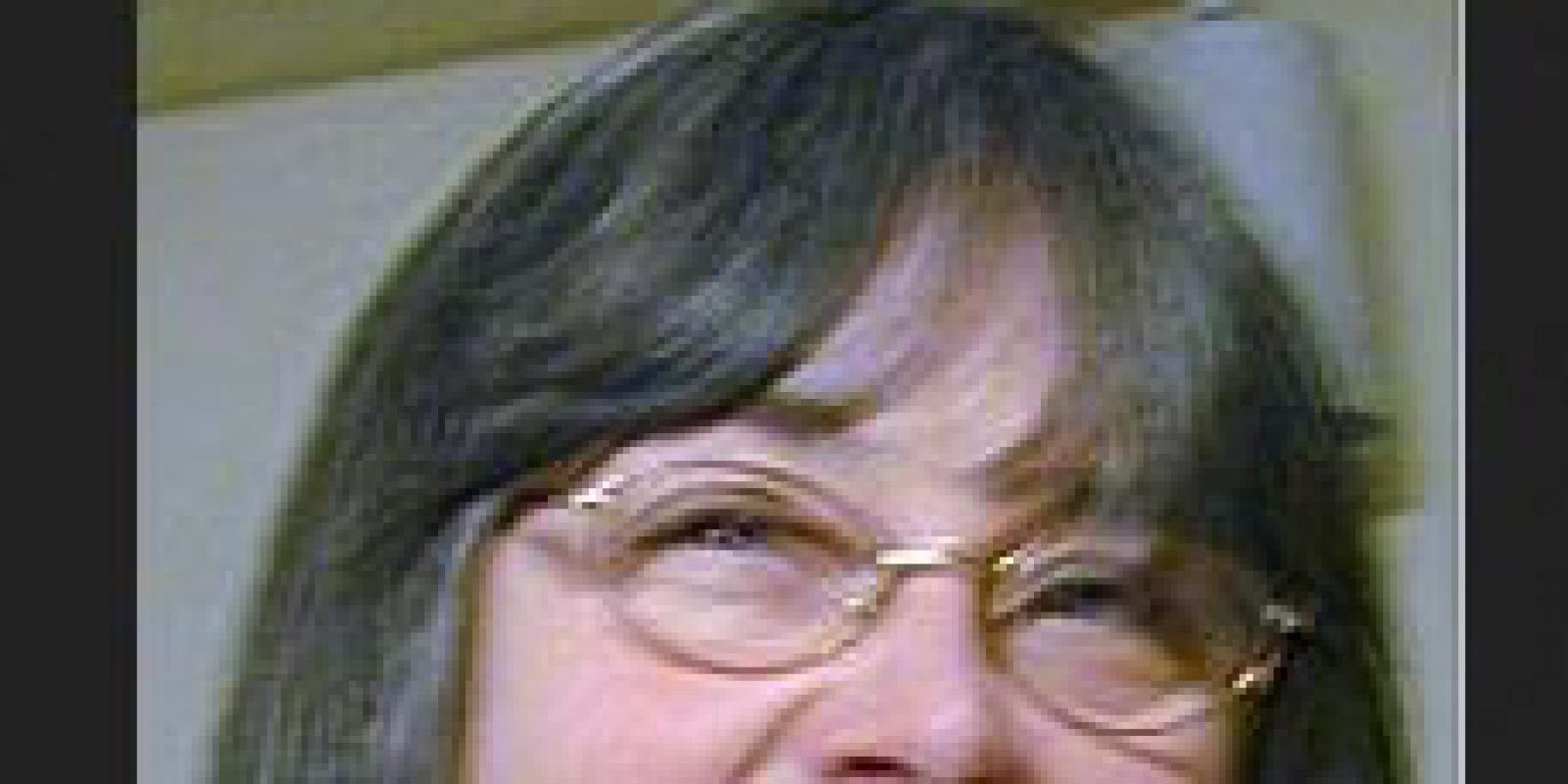 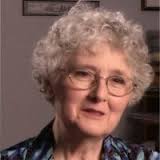 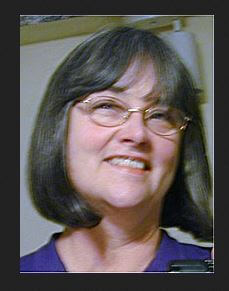 Guests: Carol Shifflett and Mary Lee Esty
Presenter: Neal Howard
Guest Bio: Carol Shifflett is a science and technical writer with a background in earth sciences, physiology, sports and martial arts. Her other books include Migraine Brains and Bodies: A Comprehensive Guide to Solving the Mystery of Your Migraines, Ki in Aikido, Aikido Exercises for Teaching and Training.
Mary Lee Esty, LCSW-C, Ph.D., is a licensed social worker with a Ph.D in health psychology. She is a Senior Fellow in Biofeedback and Neurotherapy with the Biofeedback Certification International Alliance (BCIA).

Neal Howard: Hello and welcome to the program, I’m your host Neal Howard here on Health Professional Radio. Thank you so much for joining us. It’s said that migraines are a symptom of TBI or Traumatic Brain Injury in men and women, everyone from King Henry VIII was said to have suffered as well as Elvis Presley, more veterans and athletes who engaged in contact sports. Our guest in studio is Carol Shifflet, author of the book ‘Conquering Concussion, Healing TBI Symptoms with Neurofeedback and Without Drugs’ and she’s with us in studio today to discuss the subtle sometimes very surprising symptoms of traumatic brain injury. Welcome to Health Professional Radio Carol.

Carol Shifflet: Hello Neal, thank you for having me.

N: Thank you. Now you’ve authored this book, ‘Conquering Concussion: Healing TBI Symptoms with Neurofeedback and Without Drugs.’ First of all, many of our listeners are health care professionals, but for those of us who aren’t familiar with the term, what is neurofeedback?

C: Neurofeedback is just a biofeedback but with a slightly different intent. It’s really interesting how the words go back and forth between different things. But if you put the electrode on a shoulder to help a person learn how to not shrug their shoulders or tighten their shoulders, that’s biofeedback. If you move the electrode up a few inches and putted it on the scalp, we do intent of looking at what the brain is doing that suddenly neurofeedback. It such a different version of biofeedback with the ideas that it is gives you an opportunity to look at with the brain and body are doing and respond to that.

C: Yes it’s woken people up from comas. It’s also dealt very well with what we called ‘Mild Traumatic Brain Injury’. Although I think that mild traumatic brain injury is often a terrible misnomer, the only one who thinks that the symptoms are mild are the other people, not the one that it happened to. It’s kind of like, in my opinion, minor surgery – it’s minor for the physician perhaps but the surgeon did not for the person going thru it and mild traumatic brain injury is very much like that, it may be mild, compared to being in a coma for years, but it is not minor. And yes, it’s been very helpful.

N: Now when you say that it’s awaken people from comas, does it have the actual ability to, I guess, stimulate areas of the brain that worked normally or previously stimulated in addition to giving feedback? How does that work?

C: I think, apparently so Margaret Ayers did that years ago, she was one of the neurofeedback, biofeedback pioneers and it was done simply by measuring the patient’s brain waves with what was going on and setting a threshold in a standard, usual, traditional neurofeedback way, biofeedback way and rewarding the comatose patient with nothing more than a blinking green light and it woke them up – that’s all it took. And the things that has happened with biofeedback and neurofeedback are just remarkable but very often they’re ignored simply because we can’t possibly be that easy, but we get amazing results.

N: Now when you’re talking about how it can’t possibly be that easy, you’ve written a book ‘Conquering Concussion: Healing TBI Symptoms with Neurofeedback and Without Drugs.’ We’re a drug driven society, why did you write this book first of all, and are you think that we need to bypass the drugs or maybe use the drugs in conjunction with neurofeedback?

C: Well I think it all depends. Actually the original book was as a brochure. Mary Lee, have seen my book on migraines and she wanted me to write her a brochure, an informational brochure for her clients, to just explain and answer some of the questions which have not been very well answered and I looked at what she’d done and I said, ‘No! Mary, you need a book’. ‘Oh no I don’t have enough information to go in a book.’ Well 500 pages later, I find, you know trying to cut this down, ‘Oh yeah, we have enough information.’ And what we found, what I found over and over, because I think Mary Lee already knew this that I was (laughs) trying to validate everything was that, what happens a lot to drugs is of course we want them. We want something that’s going to treat our depression, we want something that’s going to treat our insomnia, we want something that’s going to treat all of these symptoms which are often symptoms of concussion, unrecognized concussion. The problem is, they are palliative. In many cases which of course being it’s just Latin for ‘throw a blanket over it’ – it doesn’t really address the issue and when the issue is underlying, unrecognized concussion, you got a problem. So the group that has brought us home so thoroughly, is the returning soldiers, returning veterans from the Middle Eastern wars and what has been said over and over again is by the researchers, by the military researchers is the drugs do not work. They just do not work. Part of the problem is you just can’t target well enough and the neurofeedback is not something which forces your brain to do something, it simply offers another choice. Do you want to make a change, in real life what you’re doing and so many words were saying to the brain. And the brain says, ‘Oh yeah, oh yeah’ (laughs) and it choose to change or not, but again the results can be really remarkable and it doesn’t really matter too much what kind of neurofeedback or biofeedback, excuse me I am interchanging those words pretty thoroughly here. It doesn’t really matter, there are several varieties now, several flavors, several nominations, you have the what we call the traditional neurofeedback which is the computer driven idea of sitting in front of a computer, keeping say the blue bracket… in front of the red one and it works. And then we have other versions of that which are … versions, were the brain hears, responds to a very very, very tiny signal and it essentially sets up and says, ‘Oh what was that?’ And either way, it wakes up the brain. Mary Lee has a wonderful word for one of the really frightening symptoms of mild TBI and other – if conscious coma, if you look at these people on an FMRI they look the same, the brain look the same. But one is lying there on a bed with tubes perhaps, the other one is actually up walking around but these are the people who after a concussion, whether you recognize it or not, are just sitting in their rooms and don’t come out again, they never leave the basements. She tells me about a client, mother of I think it was a soldier who returned home and he hadn’t come out his room for 2 years. You hear that a lot about of retired football players when this first started coming up where they just sit and stare at the wall, or you sit in front of the computer and play endless, endless, endless games of Solitaire and there’s nothing else in your life, and you forget to eat, you forget to drink. You kind of vaguely realize that you’re cold, but as Mike Webster put it, he realized that he was cold but he didn’t quite make the connection that if you put on a sweater, that would fix it.

N: I know rewarding the brain is one thing but what about, I mean you’ve got an injury that occurred, are we talking physical healing and mental healing? Or is the neurofeedback focusing on one or the other?

C: Well legally there’s only so much you can say or the doctors get upset, but you can say that you are healing symptoms and I will leave it to them and leave it to the researchers to determine whether the underlying condition is healed. And how would you tell the difference? If all the symptoms go away, have you healed the underlying condition or not? I would think you had, but we can’t say that. But the change in symptoms can be absolutely remarkable and in fact one of the things that a lot of physicians had been referring clients to Mary Lee, specifically to get them off of drugs. There was one woman that came in, if she brought her all 12 bottles and that she’s been prescribed by the VA and if she had taken all of those pills, it would have amounted to 76 dose per day.

N: It does not work that way. Well Carol it’s been a pleasure talking with you here on Health Professional Radio. Where can our listeners get a copy of ‘Conquering Concussion: Healing TBI Symptoms with Neurofeedback and Without Drugs’?

C: Well it’s out very well, it’s in all in the bookstores, and lots and lots of libraries. But you can of course get it on the Amazon in the print version, and we just put out the kindle version this past weekend so enjoy. If anyone with any comments is welcome to contact me.

N: Thank You. You’ve been listening to Health Professional Radio, I’m your host Neal Howard, talking with Carol Shifflet, author of the book, ‘Conquering Concussion: Healing TBI Symptoms with Neurofeedback and Without Drugs.’ Transcripts and audio of this program are available at healthprofessionalradio.com.au and also at hpr.fm and you can subscribe to this podcast on iTunes.