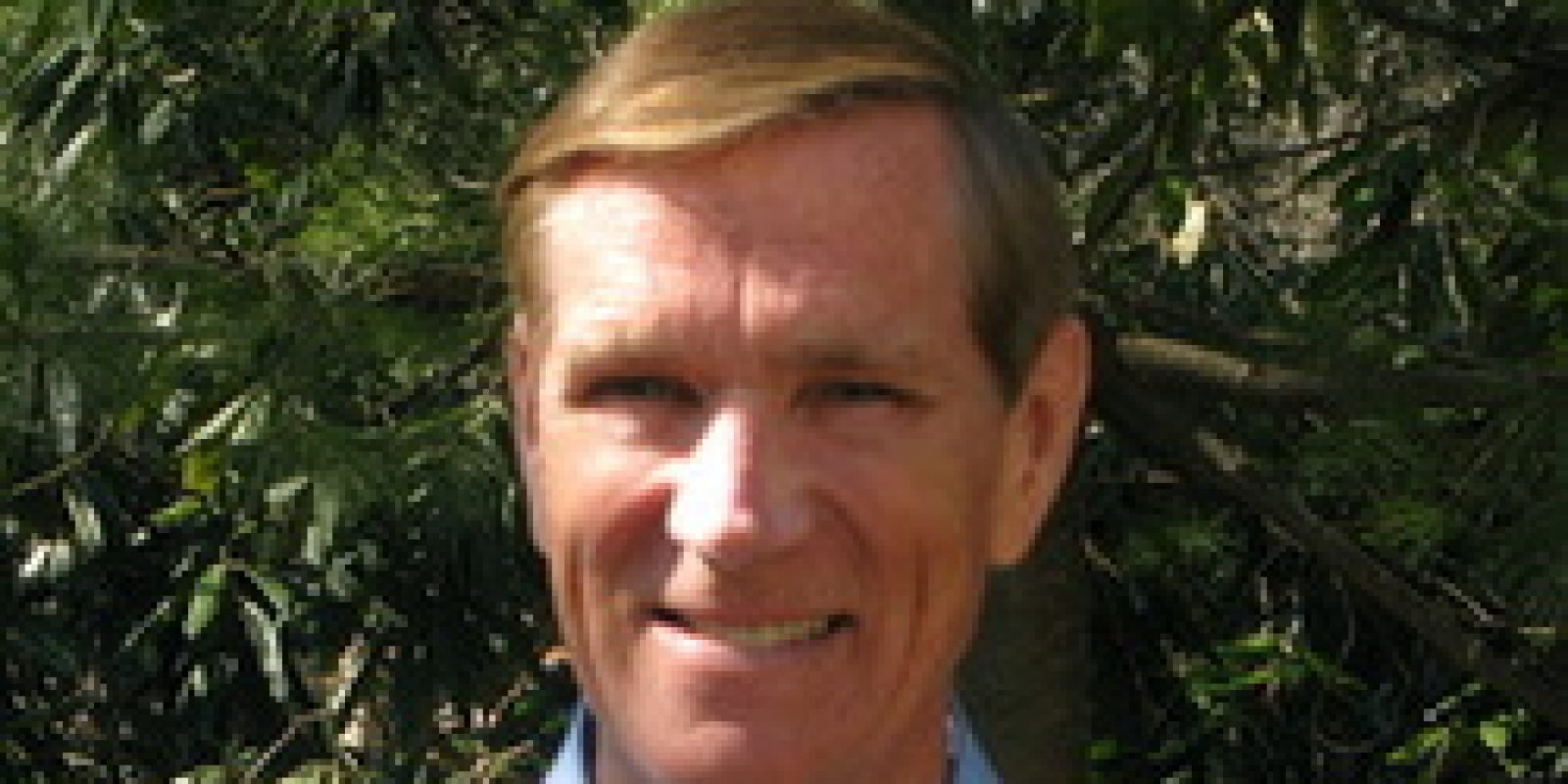 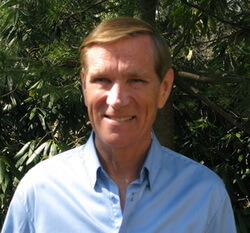 Presenter: Neal Howard
Guest: Dr. Gary Epler
Guest Bio: Gary Epler, M.D., is an internationally-known pulmonary and critical care professor at Harvard Medical School. In addition to discovering Bronchiolitis Obliterans Organizing Pneumonia (B.O.O.P.), a treatable lung disorder, he discovered a new parasite in South America, chronicled the nutritional needs of North African children, and managed the tuberculosis refugee program in Southeast Asia. He has also written four books about health in the critically-acclaimed “You’re the Boss” series, has run seven marathons, and was one of the Boston Celtics’ team doctors.

Neal Howard: Hello, you’re listening to Health Professional Radio. I’m your host, Neal Howard. Our guest is Dr. Gary Epler today. He’s an internationally-known author and speaker. He’s also the pulmonary and critical care professor at Harvard Medical School. He’s written four health books and the critically-acclaimed, “You’re the Boss” series, a series about people taking charge of their health and their disease including the book “Manage Your Disease,” “BOOP” or B-O-O-P, “Asthma and Food” and your newest book, “Fuel for Life: Level-10 Energy.” How are you doing today, Dr. Epler?

Neal: It’s sure is good to talk to you as well.  Exactly what is BOOP?

And then the O and the P are organizing pneumonia, O-P, and that simply means pneumonia that’s seen in an organised fashion under the microscope.  The cells are sort of arranged in organised patterns.

Gary: Well, back in medical school, I remember reading the term bronchiolitis obliterans.  It’s just one of these terms that comes by when you’re reading textbooks and so forth, and I raised my hand and the histology teacher said it’s a mystery.  And I didn’t pay too much attention to it, and then when I came to Boston for training in pulmonary medicine, the professor had a computer filled with thousands of patients with lung disease.

So I punched in the code, I think it was 81, and out came 100 cases of bronchiolitis obliterans, and I said, “I’m going to unravel the mystery.”  And so that’s what started it.

Gary: That’s exactly it, you got it.  And so I said, “Well I’m going to look at those 100 and see what it means.”  And I found 50 of them that were called bronchiolitis obliterans, just the first two letters.  And that’s an older disease.  It’s been around since late 1800s and early 1900s, and it’s from fume exposure like nitric acid, sulphur dioxide.  And that has been described, as I say, since early 1900s.  It also occurs in certain viral infections.

Neal: Now, you say that it’s from sulfur dioxide and things of that nature.  Is that possibly due to the industrialisation of the country or through smelting or anything like that or what?

Gary: Well, no, this is one time.  These are accidental exposures.  They’re huge, massive exposures.  They’re not like the SO2 that we have from the industrial age that’s in the air.  These are massive, they’re tank car accidents or way back in the 1900s.  One of the early cases was a man who delivered nitric acid and one of them broke in his garage, and he went out to look at it and his dog came with him.  And it bothered his eyes for a little a bit and he came back in and about four hours later, his dog died right at his feet.

Gary: And then later he went on and developed a respiratory problem and then he died about two hours later.

Gary: It goes into the lungs and nothing happens for a while.  People don’t realise it, but it gradually causes inflammation of the lungs.  And then it’s so dramatic that it just causes complete obliteration of the airways with fluid in the lungs.  And it’s called pulmonary edema.  That’s bronchiolitis obliterans.  And so those were those 50 cases.  But the other 50 cases were really different.

Neal: And how were they different?

Gary: They were different.  I remember I showed the first case to my professor and he looked at it and said well, there’s some patchy infiltrates.  The x-ray was not a normal like it was in any of the other diseases, and these people had crystals is what we hear on examination.  And the person had a cough and short of breath.  And the professor said, “Well, yeah, okay.”  And then I showed him another x-ray and it was all gone, it was cleared up because the person had taken a corticosteroid medicine.

Neal: Now, this is the same doctor who is kind of nonchalant about it, it was just a mystery?

Gary: Oh, no, no.  This was a new professor here in Austin.

Gary: But he finally reluctantly agreed that it is something new that needs to be published.  And the reason that it needed to be published is because it’s treatable.  And if you can recognise it early enough and treat it, you can really save lives, so that’s why we published it.

Neal: Now, as fast-acting as it is, you say it is a treatable lung disease.  Is there a way that is not associated with massive exposure or massive accidental exposure that you can contract it?

Gary: Right.  Now, those first 50 cases were from exposures and infections and aspirations and so on, and that was only bronchiolitis obliterans, which did not involve the lung.  It was only the airways that were involved.  BOOP involves the lungs and it’s a completely different disease, completely different.  It’s not related to the massive exposures.

Neal: Oh, so the BOOP is the treatable.

Gary: It’s the treatable one, yes.

Gary: Absolutely, because when we look at the lung tissue from a biopsy from a person with BOOP, it shows the small bronchial airways filled with inflammation and no scar.  When we look at the lungs themselves, the small alveoli, the oxygen exchange spherical units, are filled with cells but they’re inflammatory cells.  And you can’t breathe in and out oxygen because of that and that’s why people get short of breath.  But it’s all inflammation.  The lung architecture is maintained.

So if you can give an anti-inflammation drug, it’ll disappear.  And it really does, it’s just amazing, it’s a miracle.  It absolutely just disappears and the lung returns back to normal.

Neal: So now, saying earlier that I had only heard of regular, I guess, infectious pneumonia, the kind that everybody hears about, how do you determine or how do you diagnose that a patient is suffering from BOOP rather than normal or regular pneumonia?

Gary: That’s an excellent question, Neal.  And what happens is a person will come to the doctor because they have a cough and phlegm and maybe a fever, a mild fever, and the x-rays shows patchy infiltrates and it’s treated like pneumonia, because it looks just like it.  There is no difference.  It looks identical to typical pneumonia.  A person takes antibiotics five or six days, it doesn’t get better.  So they switch antibiotics, another four, five days, it doesn’t get better.

It gets maybe a tiny worse, but not much.  It just doesn’t get better.  And so then, well, we must not be dealing with known infection, so the person then is admitted to the hospital or other considerations and often a lung biopsy has to be done at that time to find out.

Neal: So once you determine that it is BOOP because it hasn’t reacted to multiple antibiotic regimens, what’s the next step?

Gary: Well, the next step, there’s two possibilities.  One is to say it looks so much like BOOP and we can do this now, but before it was described, there really wasn’t such a thing so didn’t know what it was.  But if it looks very typical of BOOP and the computer scan shows typical BOOP, you can actually try a course of steroid without a biopsy.  On the other hand, sometimes because it’s such an unusual situation, a little piece of tissue of the lung is needed to make the diagnosis.

Neal: Some great information there, Dr. Epler concerning BOOP.  You’re listening to Health Professional Radio.  I’m your host, Neal Howard.  Our guest today has been Dr. Gary Epler, internationally-known author and speaker and the pulmonary and critical care professor at Harvard Medical School.  He’s also an author, the author of a book called “BOOP,” B-O-O-P, concerning a type of lung disease that is characteristic of mimicking normal pneumonia, but is a far cry from such.

I’m sure we’ll have an opportunity to speak with you again, Dr. Epler, concerning BOOP and some of your other research and your books as well.  It’s been great having you here with us today.

Neal: Thank you very much.  Transcripts of this program are available at healthprofessionalradio.com.au.