Changes at the Firehouse 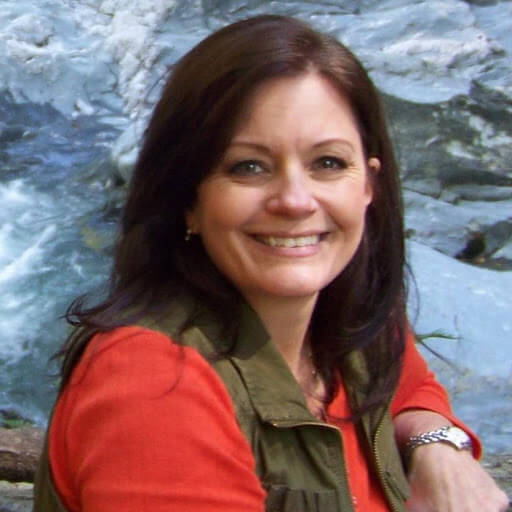 Segment Overview
Karen Moulder talks about challenges that she faced as the first woman to be hired as a firefighter in Brownsville, TX USA.

Neal Howard: Hello you’re listening to Health Professional Radio. I’m your host Neal Howard, so glad that you join us today. Thank you so much. Our guest in studio is Karen Moulder, returning to talk about her life as the first woman to be hired as a firefighter in Brownsville Texas in 1983. In a traditionally male dominated career field, she blazed the trail for women everywhere. How are you doing today Karen?

Karen Moulder: I’m great. How are you?

N: Great. Thanks for coming back and allowing us some more of your story. As the first female to be hired as a firefighter in the Brownsville Texas fire department back in 1983, you overcame lots of obstacles. You overcame some doubts as we were talking about the last time you were here in another segment. You know a lot of us have unless we have a relative or friend that is a fire fighter or involved with the fire department or unless unfortunately we’ve had to take advantage of your services, our view of the fire department maybe only what we see on TV and in movies. When it comes to real life versus art, art versus life – what are some of the differences that real life has to offer as opposed what’s on the silver screen?

K: Well I know one of the biggest misconceptions of firefighters is that we’re highly paid that sit around, play checkers or watch TV or whatever the case maybe. But if you really think about it if you’re gonna have a crew of fire fighters coming to fight a fire at your house and saves your life, would you rather then be tired and worn out or would you rather than be refreshed and ready to take on the task and do the job? So if there’s not a fire then, yes they are resting up to respond to a fire. So I think that if people look at that way, they would understand a little bit better and fire fighters don’t just do, they just don’t do fight fires, they’re also involved in a lot more. They’re involved in the community to, for fire prevention, they go to school talks to the kids make them comfortable with being around fire fighters and their suits and everything. So that they’re not scared when we do go in, they respond to assist EMS in car accident or any kind of accidents, any kind of chemical spills, any kind of major accidents like trains, or planes – they’re there. Fire fighter are there for not just fire but rescue as well so there’s a lot involved.

N: So you have to do everything from be a first responder on something that maybe have nothing to do with the fire, simply because you’re skilled in rescue and in being a first responder, in first aid, and a little bit more than first aid. And also I guess in safe transport of the injured if and ambulance isn’t available, is that a correct assumption too?

K: Usually we don’t transport but I have at times when the ambulances were short I drove the ambulance for them, while they worked on a patient. But yeah, pretty much we’re there as a first responder for anything that comes up.

N: Now as far as the science of firefighting and how fires are investigated and things of that nature, isn’t there a lot of, a lot of study, a lot of book work involved in being able to be a successful firefighter or do you simply have to have a lot of stamina and be able to with stand heat?

K: It’s funny because now departments now are starting to get more for they want the firefighters to be more educated, where they want college degrees or they want you to go in and take like fire science and other courses, whereas back when I went, that it was basically a lot of it was, some was it were the book training, some other was on the job training but yeah there’s a lot involved in that… I lost my thoughts. (Chuckles)

K: Yeah. So it depends on where it is, but yes like on my, on our down days, I used to study basically would study the maps to know where like the water mains are, what kind of buildings are in our territories, you want to know who the contacts are like if they may, they’re like department stores and stuff like that were there, where you want to connect. You have to learn all of that, plus you know you have to know how much water to give. You know you need to know which lines to use. And in a lot of times too, a lot of people think “Oh you have to be big and strong and endure being able to go in there.” I mean part of that, yes, if you’re going into the fire, and you’re wearing all the heavy equipment’s because it is heavy to wear all of that but a lot of times it have to do with just using your listening ability, you know you’re problem solving ability. And for instance, one of the guys was giving me a hard time, because on the fire trucks, I don’t know if you’ve seen them, they have this really big black their like black hoses along the top…

K: And they’re really huge but they’re on the top of truck and so this guy was trying to be sarcastic and say “Oh, there’s no way you can get that down and connect it,” because I wanted to become a pump operator. And I’m like “Really? Watch me” so I climb up on the truck, I unclamped the hose and I kicked it to the ground.

K: I’m not superwoman, I can’t pick it up but I did use my problem solving skills to do what I needed to do.

K: Exactly. Another instance was the guys who went to a fire at a house and they’re ready to break down the door and there was like a window right next to it, I’m like “Guys, break the window it’s cheaper to fix than the door.”

K: You got to think of the home owner, if there is a window right next door just break a windowpane, unlatch it, open it, and go in and unlock the door.

K: Exactly. Yeah you have to take that into consideration, when you’re fighting a fire at a house or actually any building. You don’t want to cause more damage than necessary.

N: Now when you say that you’re into schools, you’re talking to young kids and being a single mother you’re self – what type of reception do you receive from children? When they see a woman as a fire fighter, maybe something that isn’t as an issue now as it was back several years ago or even in 1983. But when you’re in school or talking to the community, what type of reception do you receive?,

K: I had actually have pretty good reception you know kids are a little more open than adults are. So, they were pretty, they thought it was pretty cool that a woman was there and showing them all the things of that, well as I said that girls could do if they choose to do that. So they’ve did send me to a lot of different schools and anytime there was a career day, they would send me over there to talk to the girls about it.

N: Uh huh. Did you ever hear any stories of any young ladies who wanted to follow in your footsteps? Is that something that you heard a lot or have you actually seen or been able to track a young woman’s progress, maybe living there in your own town of Brownsville or in Massachusetts were you are now?

K: I really didn’t, from anybody that I talked to or anything like that. I mean, I am proud of my daughter’s friend who is a fire fighter. I think that it’s great that she is one. And I just talked to it, is funny because I just talk to my cousin’s son and he was asking me all the information about becoming a fire fighter because he wants to do that.

N: Now as we wrap up the segment, I heard you mentioned your daughter’s friend is a fire fighter. As a single mother how did your children handle your new career?

K: I guess at first when they’re young, they didn’t really think about it. But as they got older, my son still does it like if I can open it, a can or I mean on a can of jar of something some kind of food with a, you know lid on it, if I can’t open it, he’s like “Mom, but you’re a fire fighter.”

K: I’m not a fire fighter anymore, but yeah they were pretty proud of me and they still are so it’s nice.

N: Great. You’ve been listening to Health Professional Radio. I’m your host Neal Howard. It’s been an absolute pleasure talking with Karen Moulder in studio for today. The author of “Burning Barriers,” her book about her life as the first woman hired in the Brownsville Texas fire department, that happened for her and for all of us back in 1983 trail blazing a path for many women to follow in her footsteps. And as a fire fighter her life’s ups and down, roller coaster ride for 10 years fighting discrimination, hardship and even lawsuits. We’ll will have more with Karen Moulder in future segment. It’s been great having you here for today Karen.

N: Transcripts of this program are available at healthprofessionalradio.com.au and also at hpr.fm.