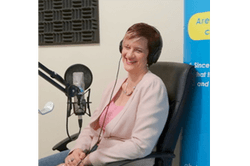 Presenter: Katherine
Guest: Chris Wilderboer
Guest Bio: Chris Wildeboer is the founder of Balance Central and has been working in the Wellness Industry for over 15 years – today she is one of the highest qualified Qld practitioners currently working in her field.

Chris was a Kinesiologist and from there she discovered many other techniques but the one that she has been using now for 14 plus years is R.A.W. (Rekindled Ancient Wisdom).

Segment Overview
Chris joins us to talk about her book Balance Central in a 5 segment special.

Katherine Lodge: Thanks for joining us here at Health Professional Radio. I’m Katherine and we’re still here with Chris and we’re talking about her book “Balance Central” and we just recently covered the topic of Boundaries and the next one will be looking at is “Responding.” Chris can you give us an overview of this chapter?

Chris Wildeboer: Sure. Overview for “Responding” is really what I wanted to cover was where do our responses and our reactions come from and why do we find ourselves confused sometimes by our reactions to certain situations? Again for me, it’s always about sharing with others about how to find greater awareness in themselves.

C: So when we come across a situation, we automatically react and it’s about identifying what that reaction is and whether that’s something we want to stay in. That pretty much what this chapter covers.

K: Right and to link it back with the “Boundaries,” the previous chapter so possibly the way that someone could reaction to a situation especially if it’s in a negative way. It’s because that their boundaries or maybe their comfort zone has been pushed to the limit perhaps?

K: And the so when we talked about the boundaries and having that wall around us, look I think sometimes boundaries are a good thing especially if they prevent us from harm. You know what I mean? Like there are some people who they don’t have any boundaries and they always end up in the hospital or whatever happens, right? And then so, but I guess what we’re talking about this there are some boundaries that are preventing people from enjoying life for example. That wish they could do something and then they talk themselves out of it because they think, “Oh that’s not me.” You know how some people say that, “That’s not me. That’s not what I’d do.”

C: Absolutely, I totally agree. And when I talk about boundaries or reactions, ‘responding’ it is about identifying the boundaries that you want to move through. It’s not the boundaries that you don’t want to move through. So it’s not about telling people what they should or shouldn’t be doing. It’s so not about that because someone might have a boundary around how many friends they want to have in their world and then others just want to be friends with everyone in the world and there’s no right or wrong in that. It’s just about what works for them and if they want to move past it, then that’s where we start to go, “Okay so what do we need to look at to move beyond that specific boundary?” So however reactions and the come in is all on the emotional level.

C: Oh I was just gonna say, just to align that back up to that brick wall…

C: To that brick wall that we talked about before with the… It was invisible and now we’ve made it a bit more solid, so we kind know some of the things that holding that in place. What that will have in there, is emotions, is actually holding that brick wall. It’s like the mortar up in there with the bricks. So that’s where the reactions come from.

K: Right, I see. Getting back to ‘Responding,’ some of us estimate and I’m talking specifically maybe in a work environment. You know, maybe our work environment is different. The supervisors, things like that and they might ask something that we’re not comfortable with but we don’t have the luxury of being able to react naturally because of the environment we’re in. Also some people maybe in their personal relationships, they push to their limits. That they feel like they should respond in a certain way or act a certain way but that’s not true to how they really feel inside because, I don’t know, for whatever reason maybe they want to keep the peace or whatever. So I guess what I’m asking is, the people who have a lot of emotion bubbling away beneath the surface and they don’t have anywhere an outlet to really express how they feel, they feel a bit frustrated. What are some advice that you would be able to give to some is this people who feel like they have to act a certain way around certain people in certain situations?

C: Great question. There are so many answers to that. (chuckles) I want to start with as of human beings, we actually find our own balance -our own equilibrium. When we are caught in circumstances that we find we can’t express ourselves in a true way because we are restricted by whether it’s work or personal relationships. We get frustrated, generally speaking, and that frustration doesn’t just get applied to that circumstance. It ends up crossing over. So we might be frustrated at work due to the fact that our supervisor asked us to do something and we feel really restricted because it conflicts of our values, or it conflicts of what we our job is, those sorts of things.

C: Suddenly we’re frustrated at work that day. The next day we go in we’re more frustrated and that builds up and builds up and builds up. What will happen from an energetic perspective is that frustration has now being activated in us and it will be showing up in our work, in our relationships, in our family, in ourselves, in our “Oh I just wanted to get this done today and I haven’t been able to get it” kind of attitude. And we find a way to release that frustration even if we don’t get to do it for the actual circumstance. What I find though is that that can lead to some unhealthy outcomes.

C: Because what happens is we end up reacting to people that we don’t really want to react to so we might be frustrated at work and we come home and then we just take all that frustration out in our partner and give to them. They have just caught it and they don’t really deserve it and we don’t really want to be saying it to them but we can’t help it and that’s what I’m trying to get to in reactions. So that when someone wanting to interact with you in a really nice way and all you’re doing is being frustrated, you’re immediately giving a reaction. So what I’m trying to express in that is about identifying, “Are you reacting or are you be able to respond to that person? Where you being driven from?” And I personally have found that RAW lets me clear away those frustrating emotions or upset emotions or whatever emotions that I’ve decided to take on or to spread across my entire life. And it just settles them down so that I can come home and be in a really good state regardless of what’s gone on in the last three hours.

K: Right. And how do people get to this you know, when some people are get wound up, how do they get to this path, where they’re instead of reacting as you say they’re responding? How did people make that switch?

C: Look, a really, really easy technique that everybody can do without any sort of going to any healer or coach or anything else – is literally taking a deep breath. And I mean from the stomach through the chest and just really breathing deeply. If you imagine you come home from work after 8, 9 hours of frustration at work and before you open your front door, you just stood there and took a massive deep breath in and then breathe it out. You would be letting go of the whole pile of energy before walking in that front door.

C: You would be setting yourself for a space that is new to what you’ve just been dealing with. So literally the deep breath allows a whole a lot of release. It’s why meditation talks a lot about breathing properly and the importance of breath. It’s why yoga, anyone, any modality of yoga or version of yoga will talk about the breathing is vital because it allows a movement of energy and that is a simple thing we all were born with the ability to do.

K: Right, so great tip there. Just remember to breath.

K: Well thanks so much Chris. We’ll be back soon with the next chapter.