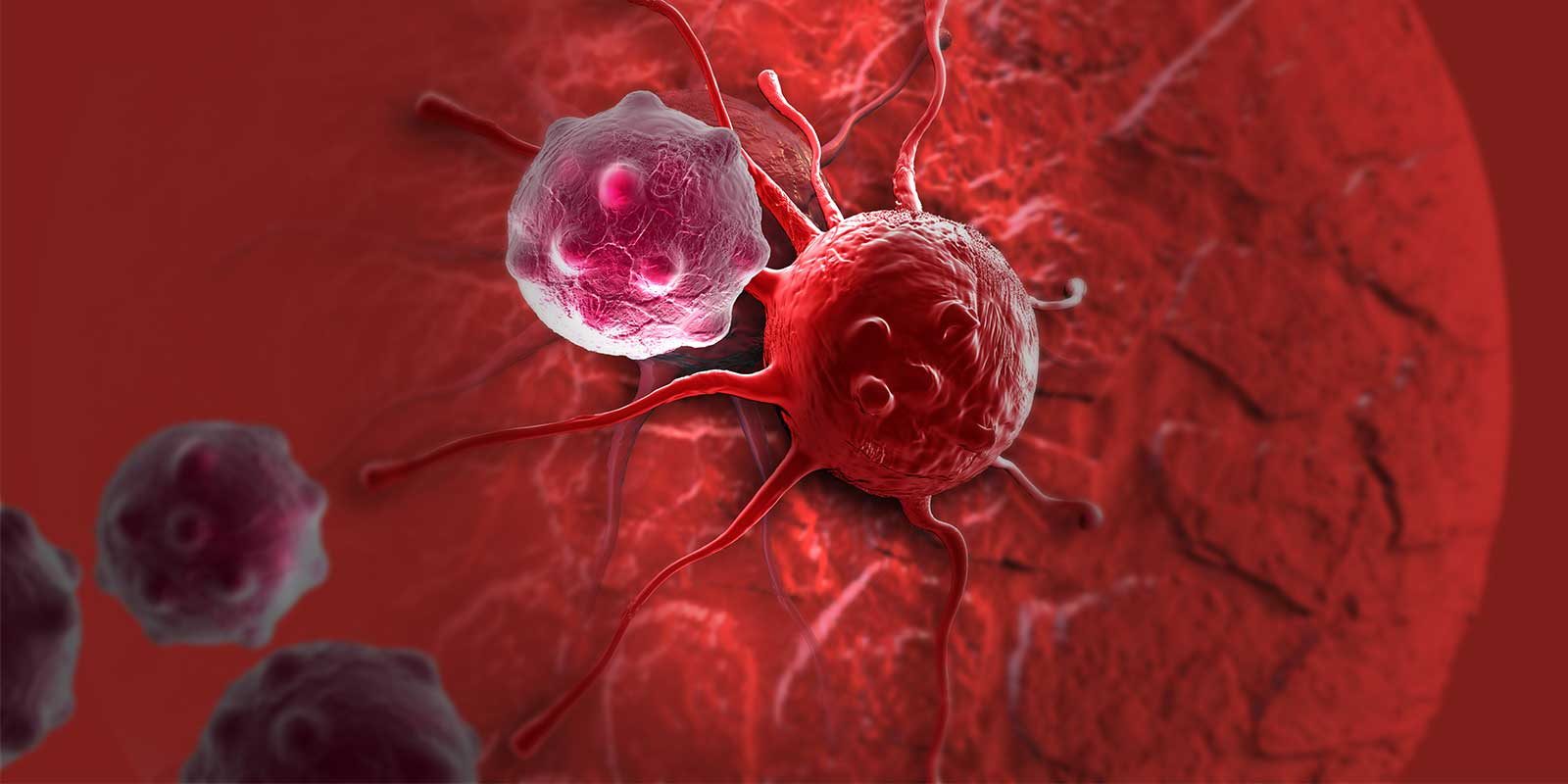 Ranjit Bindra is a physician-scientist and biotech entrepreneur at the Yale School of Medicine. Clinically, he treats adult and pediatric primary CNS tumors, and he is a member of the Yale radiosurgery team, with expertise in treating brain metastases and benign tumors such as arteriovenous malformations. He also runs Phase I and II clinical trials testing experimental therapeutics at Yale, which are largely based on discoveries from his own laboratory. His group recently led a team of four major laboratories at Yale, which reported the stunning discovery that IDH1/2-mutant tumors harbor a profound DNA repair defect that renders them exquisitely sensitive to PARP inhibitors. This work was published in Science Translational Medicine and has received international attention with major clinical implications.

As a biotech entrepreneur, Dr. Bindra has started two life sciences ventures over the last 10 years, and he is incubating a third company via a Program in Innovative Therapeutics for Connecticut’s Health (PITCH) award at Yale. The first company, Helix Therapeutics, was launched after winning the Yale Entrepreneurial Society (Y50K) business plan competition in 2006. The company reached a series B round of funding and was awarded several SBIR grants during its life cycle. More recently, he co-founded Cybrexa Therapeutics.

Dr. Bindra received his undergraduate degree in Molecular Biophysics and Biochemistry from Yale University, and both his MD and PhD from the Yale School of Medicine. He completed his medical internship, radiation oncology residency, and post-doctoral research studies at the Memorial Sloan-Kettering Cancer Center.

Neal Howard: Hello and welcome to Health Professional Radio, I’m your host Neal Howard. Our guest today is joining us from Cybrexa, a biotech company. They’re developing heat-seeking missiles, as it were, for tumor selective platform. It’s Dr. Ranjit Bindra, he’s here as a physician scientist. Thank you so much for joining us on the program today Doctor.

Dr Ranjit Bindra: Thanks so much for having me.

Neal: Now as I mentioned you are a doctor, a physician and a scientist. Give us just a brief background.

Dr Bindra: Yeah, so I’m an Associate Professor at Yale. I’m a physician-scientist. I spend about half my time running an … funded DNA repair lab at Yale and I spend the other time treating cancer patients and running clinical trials and then sort of on the evenings and weekend, I’m involved in biotech drug development to try to get drugs faster into cancer patients.

Neal: Is that your role there at Cybrexa?

Dr Bindra: Yeah, I’m one of the scientific co-founders of the company.

Neal: Your oncology focused is that correct? The company as your practice?

Dr Bindra: Yep. So the company is actually focused on an area that’s very near and dear to my heart which is developing novel drugs that can be combined with chemotherapy and radiation therapy as folks, the audience probably knows, we call them chemo and radio sensitizers.

Neal: How do these sensitizers work?

Dr Bindra: Yeah, great. So I think we could jump into sort for the technology that Cybrexa is developing, we refer to as Alphalex. It’s a beautiful technology developed by a famous biophysicist at Yale named Don Engelman. He was actually interestingly my professor when I was an undergraduate at Yale and in the mid 90s and Don developed a peptide that localized to the low pH associated with the tumor microenvironment. And what was very interesting about this the technology was that he found you could actually attach molecules to it and use it as a drug delivery technology to then target tumors.

Neal: Is it a far cry from what we have traditionally?

Dr Bindra: So traditionally when you think about tumor-targeting, there are many ways that it have been tested. The audience is probably very familiar with the technology called antibody drug conjugates, this is an idea where you engineer an antibody to recognize a specific antigen on a tumor cell and then you attach a payload to it. The Alphalex technology has many similarities but many many more advantages and that by targeting the low pH of the tumor microenvironment, we sort of have a universal targeting aspect in that we can target a vastly larger numbers of tumors independent of the antigens. Another advantage of it being a very small peptide, only about 30 amino acids or so, many years of work and now shown by multiple groups, are these smaller peptides are able to penetrate the tumors much deeply and give much higher exposures to the tumors themselves. A third advantage is that these are simpler molecules that overall to design and as such we can actually load a lot more drug onto the Alphalex molecule to deliver higher doses to the tumors.

Neal: Is this therapy compatible with all different types of chemicals in the chemotherapy process?

Dr Bindra: Yes, that’s a wonderful question. Sp in theory, the Alphalex technology can be used  for a pretty wide range of molecule. What we’ve been focusing on are these class of molecules called DNA repair inhibitors and that sort of brings it back to my own academic career and the problems that I’ve been interested in solving and during the course of time treating cancer patients. These DNA repair inhibitors are really really good when they’re combined with chemotherapy and radiation therapy killing tumors. All tumors need DNA repair to replicate through each cell cycle and to grow and if you can block those repair pathways when you combine them with chemotherapy and radiation, we see enormous synergistic interaction. However, those synergies are not just in the tumor but they’re also in the normal tissue. So for example in the bone marrow and whatnot, and so the clinical trial is when when we tried to combine these chemotherapies and radiation therapies with these DNA repair inhibitors, they were met with significant toxicity. We were unable to really move the ball forward in the clinic with these combinations and so when we thought of forming Cybrexa, we said “Well using this approach could be a really elegant way to target those DNA repair inhibitors only to the tumor so in that manner you could come in with radiation therapy or chemotherapy and have a tumor targeted DNA repair inhibitor and then you get a much greater effect in terms of treatment efficacy with reduced toxicity..

Dr Bindra: So that’s a great question and I think that actually speaks to one of the problems in in the field of using these DNA repair inhibitors and DNA damaging agents. For a while, when it was understood that there was too much toxicity in the combination, a lot of folks focused on very specific biomarkers where there was an intrinsic sensitivity to the tumor. And so that essentially limited the use of these combinations to very very specific populations of patients, often 1 to 5 percent of cancer patients would be eligible for these therapeutic combinations because they had that sensitivity where they could give lower doses that were less toxic. So it’s sort of a roundabout answer to your question because as you can imagine, this is a very time intensive, sort of a lengthy process to a find these patient and ultimately a lot of patients were sort of left in the dark or left out in the cold in terms of being able to have access to these treatments. And so in some respects, Cybrexa’s approach will rapidly speed up the ability to get these drugs because now we don’t need to focus on biomarkers because we were able to target the tumor.

Neal: Is this level of efficiency going to be reflected in the cost-effective aspect of the products that Cybrexa is developing right now?

Dr Bindra: Yeah, I think it will in many respects because one of the neat things about our technology is that we are combining it with many conventional chemotherapies that have been used in patients for decades. And so in many respects, there’s so many great new therapies out there and in triple quadruple combinations trying to hit different targets where we come in with a very simple elegant and arguably bold strategy to target one DNA repair inhibitor with one chemotherapy. So in the long run we make these treatments much more simpler and by reducing toxicity, we avoid longer hospital stays for these patients at the same time increasing the overall survival for this patient population.

Neal: Ranjit, in wrapping up when it comes to this technology, is it necessary for a candidate to have shown a low level of success in other therapies before this one is implemented or can this one be implemented as soon as it’s determined to be the best course of action initially?

Dr Bindra: Yeah, that speaks to really on ecology development in general. I think initially well Cybrexa is a pre-ind stage company, we’ll be filing our IND middle of next year and we’ll actually be in patients early 2020 which I just noticed quite remarkable for the clinicians on the phone to come up with an idea and get into patients in a little under three years, this is quite exciting. But what I can tell you is we think that this approach will first start in patients with metastatic cancers that have failed other therapies and that it really is the standard way that we run phase one trials in oncology. But our vision is really we’re just getting started. Our preclinical data suggests that we’ll be active in earlier stages of the disease and as we focus on other things like radio-sensitizers, we can move into sort of the stage 2, stage 3 cancers just because the power of our approach. But in the beginning, to answer your question we’ll start with the later stage for metastatic patients.

Neal: Well Ranjit, would you like to give our listeners a website where they can learn more about Cybrexa?

Dr Bindra: Yes. Check us out at www.cybrexa.com and we’re here at 5 Science Park in New Haven, Connecticut and come buy a cup of coffee anytime. We’re happy to have you.

Neal: Dr. Ranjit Bindra, thank you so much for joining us on the program today.

Dr Bindra: Alright, thank you so much. Take care.