Six Weeks of NO WHEAT [Interview][Transcript] 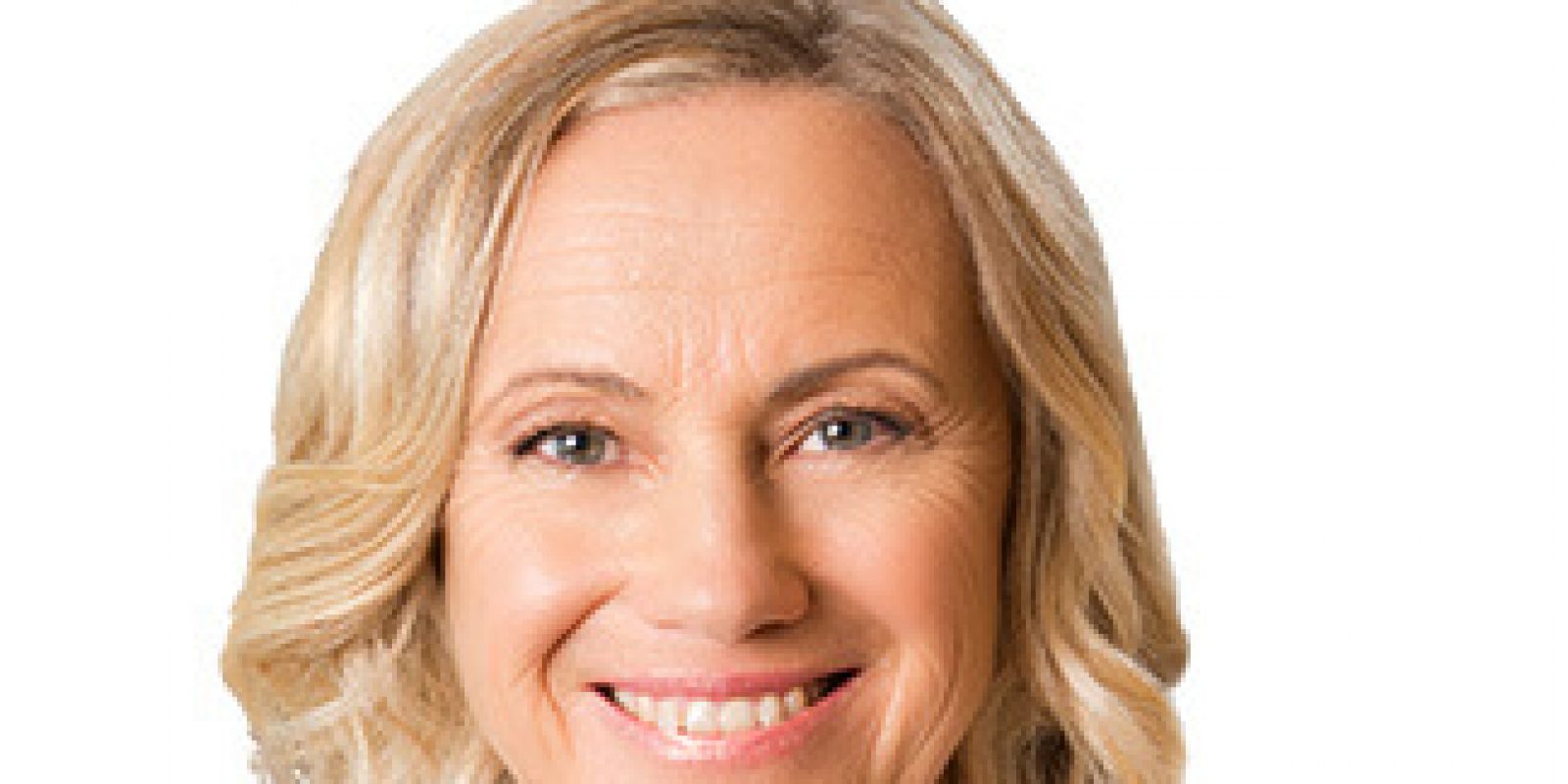 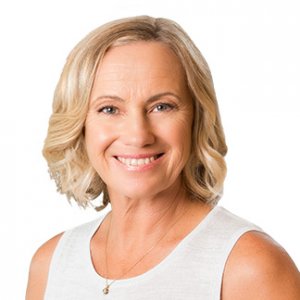 Segment overview: Cyndi O’Meara, nutritionist and co-director of the recent documentary, “What’s With Wheat – The Truth They Don’t Want You To Know!”, author of the book “Changing Habits Changing LIves” (1998) and founder of Changing Habits talks about the ‘6 Weeks No Wheat’ program and other services and products available at www.changinghabits.com.au

Neal Howard: Hello and welcome to the program today. I’m your host Neal Howard, thank you for joining us here on Health Professional Radio. Is wheat to blame for a number of concerns, well concerns everything from brain fog to poor memory to metabolic issues, disturbed sleep patterns, gastrointestinal issues and more. Our guest Cyndi O’Meara, Nutritionist and Co-Director of the brand new documentary, ‘What’s With Wheat?’ – The Truth They Don’t Want You To Know! Also author of the book ‘Changing Habits, Changing Lives’ and she’s with us in studio to talk about the Six Weeks No Wheat Program and hopefully to get us all to start making some changes step by step, habit by habit for a better lifestyle. Welcome to the program Cyndi.

N: Thank you. A brand new documentary out you’ve co-directed, is there something that is different today with wheat than there’s always been with wheat?

C: Wheat has been completely changed and also it’s a big part of our lives plus the type of agriculture that’s used with wheat all play a role in wheat now being something that we’re becoming intolerant to and this is what I discussed in the documentary. And it was funny when I decided to do the documentary I had been following people and reading their research and looking at their clinical evidence about wheat and I remembered just before Christmas a couple of years ago I decided to send them a video as to why I wanted to make this documentary and these were big players in the world of health, Dr. Perlmutter, there was Sarah Valentine, Dr. Stephanie Seneff, I had talked to Terry Wahls. These were people that I didn’t think I could even get to know let alone approach but I thought right this is what I’ve got to do. So I remember sending this video about my story and how I’d followed them and how I wanted them to be part of the documentary and we sent it out Christmas Eve and within 24 hours I had Dr. Vandana Shiva, Dr. Terry Wahls and Dr. Natasha Campbell-McBride say ‘Yes.’ So that really revved me on to say ‘I can do this. I can make this documentary and I can have the best in the world giving me their information on what they saw and how they saw medically and clinically what was happening to people when they consumed wheat.’

N: So you’ve developed a program and you’ve called it the Six Weeks No Wheat Program. In other segments when you were with us here before on the program you talked about the addictive properties of today’s wheat based on how as you say it’s agriculturally processed now as opposed to in the past. Six weeks no wheat, how do we kick off an addictive habit in six weeks?

C: Step by step is the best way to do it unless you’re in crisis, if you’re in crisis then I say you have to start tomorrow. I remember a client came in and she was in crisis and she had brought in the salad and had a sandwich or some crackers with her and I explained the whole situation to her and she started that minute. She realized she had prepared her whole lunch and everything and she just pushed it all aside and said ‘Right, I’m starting now.’ And the results that she had was phenomenal and I see this over and over and over again. So if you are in crisis giving it up is not hard because the pain of not giving it up is greater than the pain of keeping or having it. So that’s probably the best thing is that if you’re in crisis you just say ‘Right, I’m gonna do this for six weeks.’ And yes it is hard in those first 3 or 4 days and as Dr. Terry Wahls says in the documentary, “In the beginning you feel worst because you’re upregulating the enzymes that help you detoxify and help the body work again.” And it does take between 6 weeks and 3 months for you to feel the effects for some people. For me when I gave it up I felt the effects within a week and it was phenomenal in that week. I just went ‘What is happening? What was I consuming?’ But I wanted to continue so I kept going through the process of the elimination and then reintroduced the foods back in and it was very dramatic when I consumed wheat again as to what my real issue was. But having said that I now know that there are problems out there, we have an increase in celiac disease, we have an increase in wheat allergies, we have an issue called non-celiac wheat sensitivity or non-celiac gluten sensitivity which could affect any part of the body that can be inflamed which is from the top of your head to your little toe. And so we know that it was so funny, I was speaking to Dr. Alessio Fasano who’s a gastroenterologist and an expert in gluten and I said to him ‘Why does this affect somebody’s head and they get a migraine or brain fog or somebody’s joints or I don’t get these? Why does it affect something different in everybody?’ And he said ‘Well Cyndi when you can answer that you’ll get the Noble prize.’

N: Do you know of any different metabolic phenomena in kids as opposed to adults? I mean kids they’re strong, they’ve got that fast metabolism. Is the wheat that they’re eating affecting them as they’re children which affects them as they grow into adulthood? Or is this something that seems to happen once we get out of puberty, are the enzymes affecting us as adults? How deep does the rabbit hole go?

C: I think the rabbit hole goes right to young children now. So remember the wheat is different, there are chemicals on the wheat, we eat a lot of it and even children like look at our children in, I know an Australian statistics, 42% of our children have basically got lifetime illnesses. Forty percent, that’s just ridiculous and is wheat the only problem? No, we have lots of issues but wheat is a big part of when a child is sick if we take it away from them. If they have ADD or ADHD they seem to calm down. Dairy as well because dairy can sometimes be cross-reactive to the protein gluten and when we take off additives, preservatives and flavoring they also calm down because we don’t even know. We’re like a human experiment at the moment, we don’t even know what’s in the foods, how they react in our body. There’s no data out there when you combine four additives, what it’s actually doing to the health of the body. We know what one will do but not when there’s four. So I think with our children they are becoming sensitive to it as well and I don’t think it really matters whether you’re an adult or a child. Why did I become sensitive after eating it for 49 years? Well I believe that it was because they’re now spraying herbicides that are destroying our microbiome and our variability to digest foods and that’s been happening since about 1998 and 2000. And it’s sprayed not only on our foods, many of our foods but it also spread in our parks, our sports grounds, our verges, our road signs, it’s sprayed everywhere and I think it’s something that we need to address in our councils in our local area which is something that I’m trying to do in my local area at the moment.

N: Does your information address, you talk about someone being in distress, does it address someone who maybe is reacting a little bit stronger from this seizing of wheat in their diet than someone else?

C: Yes. Look we do address it and then it does come down to the individual but it also comes down to the individual understanding exactly what that wheat is doing to their condition. So let’s take a celiac that decides to cheat and every now and then has a piece of bread. Well it only takes one mouthful of bread every day to continue that disease, it’s not a lot and sometimes for some people it’s a microgram. So I believe by addressing to them what is happening in their body, so a celiac that continues to perpetuate their disease can start another autoimmune disease which could be arteriosclerosis which will end up in heart disease. So I think the key here is them understanding exactly what is happening in their body, even though they can’t see it.

N: It’s been a pleasure Cyndi.

N: Transcripts and audio of this program are available at healthprofessionalradio.com.au, you can also find us at hpr.fm, you can subscribe to this podcast on iTunes.