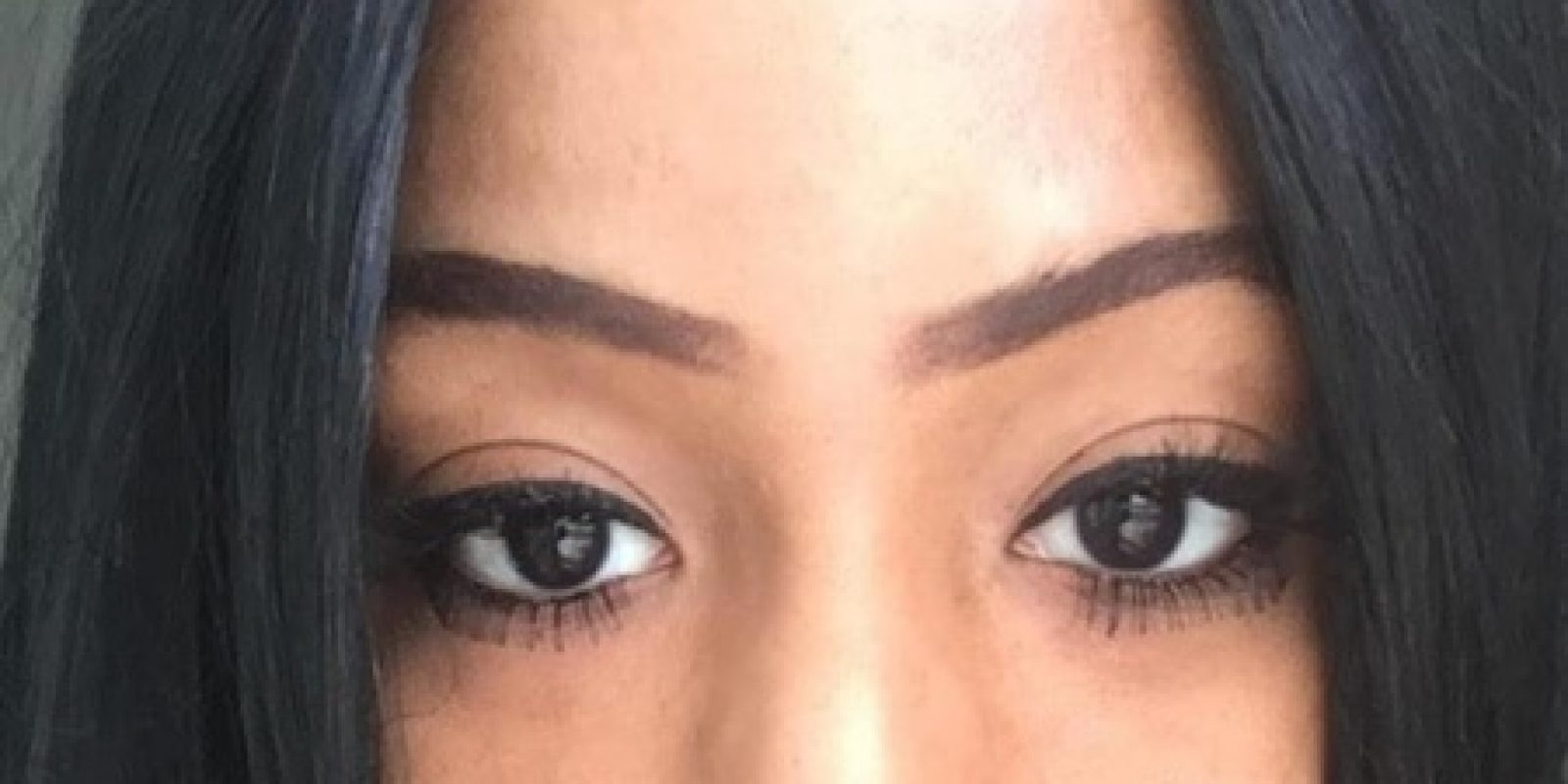 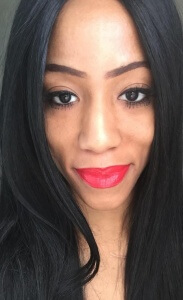 Dwann Karen Hi, thank you. Thank you for having me. Thank you.

N: Thank you so much. You are a returning guest here at Health Professional Radio, it’s been a while since we talked with you before. At the time the brand new field of Fashion Psychology was emerging, thanks to you and your efforts in education. Talk about your progression to the point where you’ve opened the Fashion Psychology Institute.

D: Yes. Well, you guys are one of my first interviews and since then I have interviewed, I have media interviews in about 14 countries. So I’ve been really trying to establish the field in entertainment, I would like to say just as far as journalism is concerned and once I did that, I have frequently students write me and say “How can I become a Fashion Psychologist?”. Seemingly because it’s not like fashion blogging, you can’t just “Hey, I want to be a fashion blogger, I’ll put up a blog”. So, everyone kept asking me and I’m like, well I was kind of dancing around like “Okay, I’ll teach you at some point”. And then, after I did the journalism part, I started to, after getting so many messages from people in Australia and Jamaica and Germany and Pakistan, even in America, I was like “Okay, I should make the Fashion Psychology Institute”. So I have the Institute and currently my students are from Australia, currently that are enrolled right now but I have acceptance letters to students in Spain, Jamaica and Hong Kong.

D: Yeah, definitely global, it’s the way of the future and I’ve also got in the field to be taught at the Fashion Institute of Technology here in New York City. So I’m working on bringing the field, the course to other schools in New York City to be thought as a class. So wish me luck on that, but yes, so I just basically establishing it as far as academia in the midst of doing the media interviews, I was approached by several TV shows, several big media…to do TV shows but it was something really important for me to establish it education wise before we jumped into the deep and of entertainment reality TV and whatnot.

N: Many of our listeners, well a good many of them are health professionals in some form or another and when we hear the word Psychology, I guess not a normal stereotype comes to mind but I guess the stereotype that is the norm of the psychologists helping those with mental problems, maybe a child psychologist or criminal psychologist. When it comes to fashion psychology, tell our listeners what we’re talking about. We’re not talking about someone having a problem with fashion to the point where they need to seek mental health, right?

D: No, Not at all. With the definition how I define it is,… of how color, image, style and fashion affect human behavior while addressing also norms and cultural sensitivity. So this could be used for a number of things. To help alleviate eating disorders, I’ve done it where a client has approached me and they want to reach a higher tax bracket and so how do we get there? So we don’t give makeovers like you see on TV and berate you and say “Hey, you look a mess”, we don’t do that because that’s actually the opposite, that’s actually damaging for the psyche, which we found in this field. So what we do is simply go to the traditional therapy of doing talk therapy and drawing correlations to an insight to how what the person experienced either in their past or currently affects how they present themselves to the world and that could be addressed by body language, speech. So, we style from the inside out, the internal to the external.

N: When you’re styling someone, as you say from the inside out. How much of this is self-talk that you coach the person through, I guess for lack of a better term, how much of it is positive self-esteem that is related to your appearance, not necessarily your clothing?

D: Yes and this is what you see in TV is the opposite with the makeover. They start with the clothing and then they put the clothing on you and walla! You’re supposed to be healed, you’re supposed to be cured of any self-esteem issues – No. We really work on building the self-esteem, we’re working through getting to the root of whatever issue, may it be a relationship issue. I’ve had a client who was sexually assaulted and she wore baggy clothes because of that. So just working through that and like I said I don’t prescribe any medicine or anything like that. It’s just actually getting to the root of it. Again, I’m trained to be a Counselor so again, it’s a new field. So it’s a great field and it’s a great new discipline to the psychology, sub-field to the psychology discipline.

N: When you’re talking about sub-fields, most occupations have different divisions, different levels and whatnot. You’ve got students, you have your own reasoning, your own philosophies on fashion, on style, on how they relate to a person’s psyche and how they present themselves to the world thereby getting that positive feedback from the world. How does a student develop their own theory, how do you guide a student to develop their own theory and not necessarily follow your guide? I’m sure you don’t want a cookie cutter group of professionals out there in your field.

D: Yeah. Well currently the students are in Australia. So I actually have them to create their own philosophy because everyone brings their own subjectivity to anything that they do. So what we’re working on, they do have to do some sort of thesis but relating it to their friends, people that personally can affect them. For instance, I had a student she has a brother who seeks validation on Instagram and how that could affect his psyche down the line and how he presents himself to the world. So developing a theory, her own theory around something that could personally affect her. So I’m looking for something that is a part of the student’s value system, if that makes any sense.

N: How much does fashion play a role in, I guess turning someone around in a career change, not necessarily climbing up the career ladder but say you want to get out of the medical profession and there was always suit and tie, it’s very formal, very suspenders that sort of thing and you decide to get out of that and you want a change, you want to go with the something totally different but you’ve got that suit and tie, for lack of a better term, mentality and you can’t get rid of that. Does fashion psychology address such a drastic change with that?

D: Yes and we don’t make it so drastic as if you’re in this suit and tie and then, okay maybe you’re in athletic gear because you want to be an athletic trainer. We don’t do it, we’re not into shocking the system, or shocking the psyche, what we’re into is a slow gradual process to help you work through that change. So you wearing that suit and tie could elicit certain body language, how you carry yourself. What does it mean to you when you’re not in the suit and tie? How do you feel? Does your body language change? Does your speak change? So we singly work through those things before you get to “Okay, I’m goanna wear my athletic gear because now I want to be an athletic trainer”. So it’s not a drastic shock to the system like you see on TV with the makeovers. We really work on the psyche then we move to the external, which is the clothes.

D: Well, yeah. If you’ve been looking at Donald Trump for example, I don’t wanna say things bad because there may be some Trump supporters that are listening. He gives his little speeches sometimes he trolls off but what is he wear while he’s saying those speeches, what colors does he wear and how that could affect you receiving the speech if you’re listening to it versus watching it on TV and you’re seeing images of Trump and what’s he’s wearing. That could play a role on if you’re receptive or not to his speech and his ideals or his saying.

N: So it’s a lot more intricate than what we see as just a guy in a red tie, right?

D: Yes. I think what you’re alluding to is a little bit of color psychology but it’s much more intricate when we just add the overall fashion thing.

N: Great. You’ve been listening to Health Professional Radio, I’m your host Neal Howard. We’ve been in studio talking with Dawnn Karen, New York based professional and the Pioneering mind behind the global field, a truly global field of fashion psychology. She’s been traveling the world since last we spoke when she was here maybe a year or more ago here on Health Professional Radio. Malaysia, Kuwait, Dubai, Abu Dhabi and so many other places promoting this brand new field of Fashion Psychology. She’s also opened the Fashion Psychology Institute where theories being passed on to others who can go ahead and further this field that Dawnn has so lovingly pioneered for all of us. It’s been great having you here with us today Dawnn.

D: Thank you. Thank you for having me.