How People with Epilepsy overcome Alcoholism 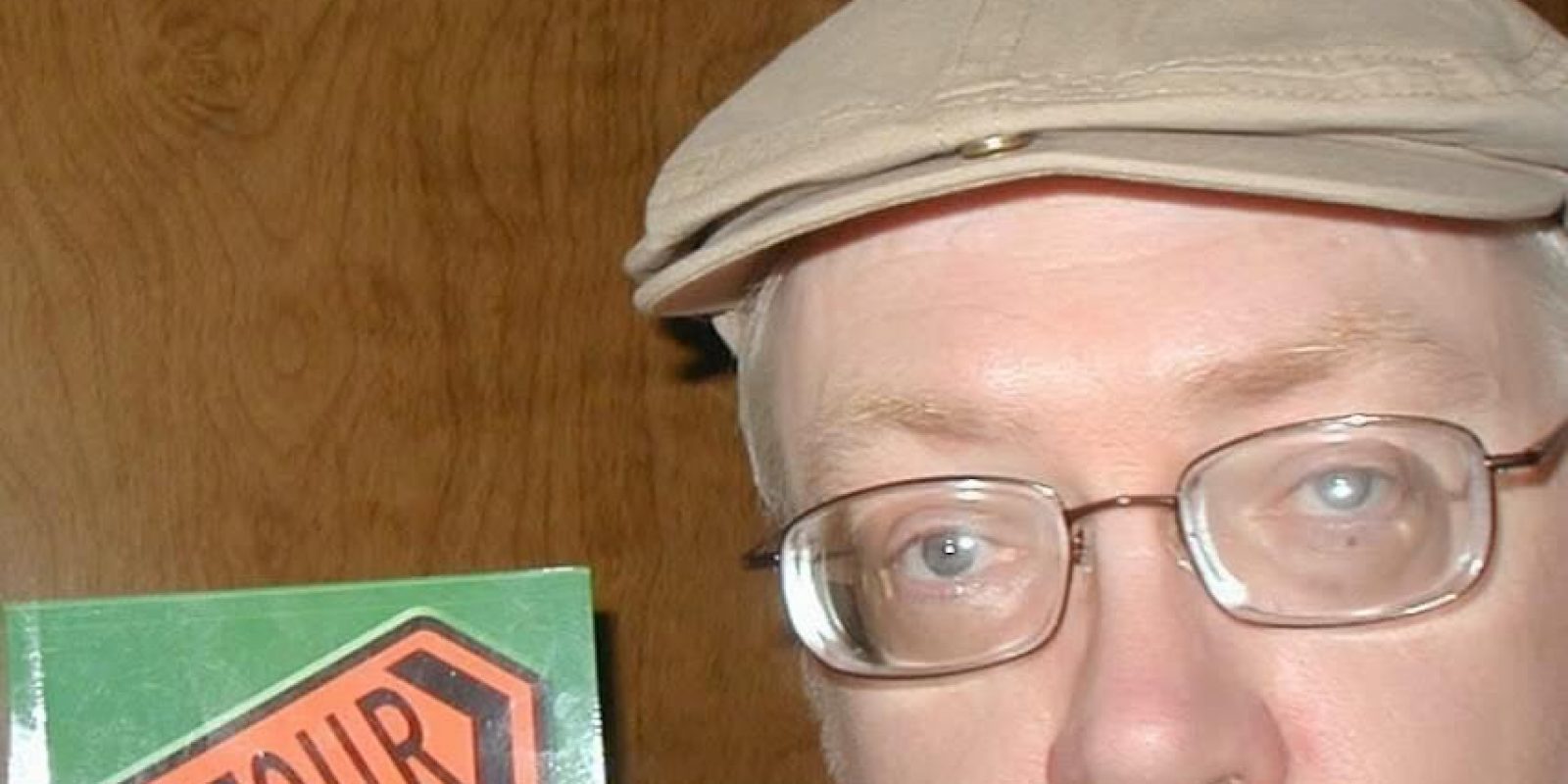 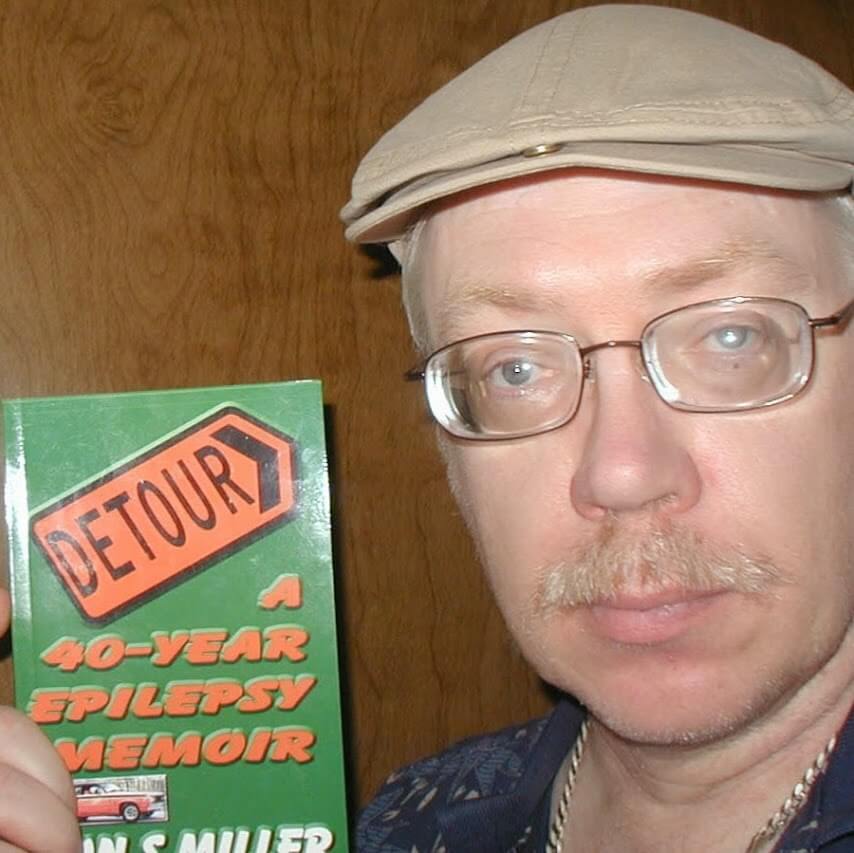 Presenter: Neal Howard
Guest: Don Miller
Guest Bio: Don Miller dispells common myths about the Epilepsy. He’s lived with it for the past
40 years and explains what epilepsy fitness is and how it can be applied to anyone. He shares his personal story that includes overcoming an alcohol addiction. He’s the author of “Epilepsy Memoir: My 40-Year Detour.”

Segment Overview
Don Miller discusses how alcohol can affect someone suffering from Epilepsy. He talks about his own struggles to overcome an alcohol addiction as an Epileptic.

Neal: Hello and welcome to Health Professional Radio. Thank you so much for listening today. I’m your host, Neal Howard. Our guest in studio today is Mr. Don Miller. Now, Don is very experienced in the area of Epilepsy. No, he is not a physician and he is not a researcher. He’s actually been living with epilepsy his entire life. He was diagnosed early in life and he’s also written a book, “Epilepsy Memoir: My Forty-Year Detour.” He’s here today to talk to us a little bit about how epilepsy has affected his life. Thanks Don for coming by today. It’s nice to have you here with us.

N: Now as a sufferer of epilepsy, could you tell us a little bit about it? First of all, you’ve written a book. It was published last month in time for Epilepsy Awareness Month which is always in November. You’ve wrote this book and it outlines how epilepsy has affected your life – your relationships, your work and even your education. First of all, when did you decide to write this book?

N: Was there some pivotal moments, some defining moments that made you say, “Hey, I need to write this book”. You’re also a speaker, you speak to schools and clinics across the country. Were you doing that before you decided to write the book or was it all at the same time?

D: The highest incidence of the epilepsy occurs before age two and after age 65.

N: So either the very young or those of us who are just getting out of the baby boomer years are more susceptible to epilepsy?

D: Yes, that is correct. I’ve started having seizures in 1974 at the age eleven. I was by my first neurologist, “I’ve seen this many times before. When adolescence ends, your seizures will stop.” Well I’m 51 now.

N: And they haven’t stopped?

N: Well many of us would love to have that, but I guess you’d beg to differ.

N: Now, I guess back in 1974 there was even less knowledge about epilepsy than there is today, and you say that there is a little knowledge here in 2014.

N: Really? Okay. You could not even get married. Now is epilepsy – is it genetic, or how does, you say it’s an electrical imbalance in the brain and that most instances occur in the very young or the aged. Does it have to do with brain development as you’re young and still developing or as cells begin to degenerate in the brain as we age?

D: Well I was a patient of MINCEP – it’s Minnesota Comprehensive Epilepsy Program – and they had a study, a DNA genetic study on whether or not epilepsy could be passed on. And even after six months of the study, there was no conclusive proof that is was hereditary – that it could be passed on. However, they had this law because they were afraid of people with epilepsy. There’s something else to relate about that – they had epilepsy colonies.

D: Yes, like leper colonies. People with epilepsy were basically put out in the country away from people and the last of those colonies shut down to 1974.

N: We’re talking about in the United States right?

N: So entire communities of people that were suffering from epilepsy were just separated – isolated from the rest of the community?

D: Yes, that’s correct. And if two of those people fell in love, they could not get married.

N: It’s fascinating. But none of those laws exist now or are they still on the books? Or have they abolished it altogether that you’re aware of?

N: Ok. Now when you were coming up, you say you were diagnosed at 11. You’re a school aged kid -you’re in school, you were playing little league ball – how did this disease affect you educationally? Were there any problems with concentration or retention of information?

D: Yes. It definitely affected my memory. I barely got passing grades going through high school. In my sophomore year which was 1978, I bowed to peer pressure and to be like everyone else because I wasn’t considered to be normal – I began drinking alcohol. It started an alcohol addiction that continued until 1986. 1986 was my last half of beer.

N: Now did this addiction started in your teens?

N: Okay. Because – you know, a lot of people talk about people consuming a large amount of alcohol and having seizures – did your seizures increase, decrease or was there no change and you were just drunk?

D: Well at that time I was on a lot of prescription medication and I really should have been on a slab in the morgue with the interaction between alcohol and medication. But the highlight, you know the comedy team Abbot and Costello?

N: Okay. Now, I think that there are some other celebrities who are suffering or have suffered from it. I think you talked about some of them in your book?

N: Absolutely.  I’m a Pittsburgh Fan and I hope I don’t offend. (chuckles)

D: No, not at all. The Head Coach of the Minnesota Gophers Football Team, Jerry Kill, he has epilepsy. Neil Young, the composer-singer, he has epilepsy also. There’s an actor, his name is Hugo Weaving, he was the actor who played the Elf King Elrond in The Lord of the Ring movies.

D: He has epilepsy but he hasn’t had a seizure in 18 years and I wish him luck.

N: Okay. So their epilepsy could not manifest for years and years and then one day out of the blue, just have a Grand Mal seizure. Is that the nature?

D: That is correct.

D: That is correct. Epilepsy is non-discriminatory. It doesn’t care what race, what color your skin is, what sex. For instance, Florence Griffith Joyner, “Flo Jo” the fastest woman in the world, had epilepsy and she suffocated in an epileptic seizure and died 1998.

N: Yeah, I remember when she died.

D: Danny Glover, the actor, he had epilepsy in his youth but he outgrew it.

N: Now as we wrap up this segment, your book – “Epilepsy Memoir: My Forty-Year Detour.” –  do you talk in the book about how as an epileptic you were able to overcome your alcohol addiction because we’ve all heard about the Twelve-Step Programs and different rehab programs for the stars and for those of us who are not stars. But for the epileptic, who is also suffering from alcoholism, were there certain challenges that you did not see other alcoholics hadn’t to endure?

D: Okay. I lived with my parents until I was age thirty four and we move out into the country and I went through what I call a “country detox.” The nearest town was six miles away so to get drunk, I would had to walk into town and stagger back home. So I detoxed my body that way. I didn’t go through a treatment program.

N: So you did it strictly on your will power, yeah?

N: Now as we wrap up this segment Don, I’d like you to speak to our healthcare professionals who are listening, who are wondering what they can do to gain more knowledge concerning epilepsy because the instance is so high. You say up to three percent of the population will suffer from epilepsy at some time in their lives so I’m sure that healthcare providers throughout the world will encounter this disease at some point or another in their career. What can they do in this age of very little knowledge about epilepsy in order to better take care of people who might be suffering or who they may suspect is suffering?

N: Okay. And your book is available on amazon and at your website as well?

D: In my website, they can get contact information but it’s available in Kindle and paperback on Amazon.

N: Great. You’ve been listening to Health Professional Radio. I’m your Host Neal Howard. We’ve been in studio today with Mr. Don Miller. He’s an expert in the area of epilepsy as he’s been dealing with it for his entire life – diagnosed at the age of 11. He’s also a published author, the author of “Epilepsy Memoir: My Forty-Year Detour” in which he outlines his life living with epilepsy, some of the challenges and triumphs that he’s encountered and also how he was able to overcome alcohol addiction as an epileptic. It’s been great having you here with us today Don.

D: Well thank you much.

N: Thank you. Audio of this program is available at healthprofessionalradio.com.au and also at hpr.fm. You can get transcripts there as well and don’t forget to subscribe to our Podcast on iTunes.