The What and Why of Epilepsy [Interview][Transcript] 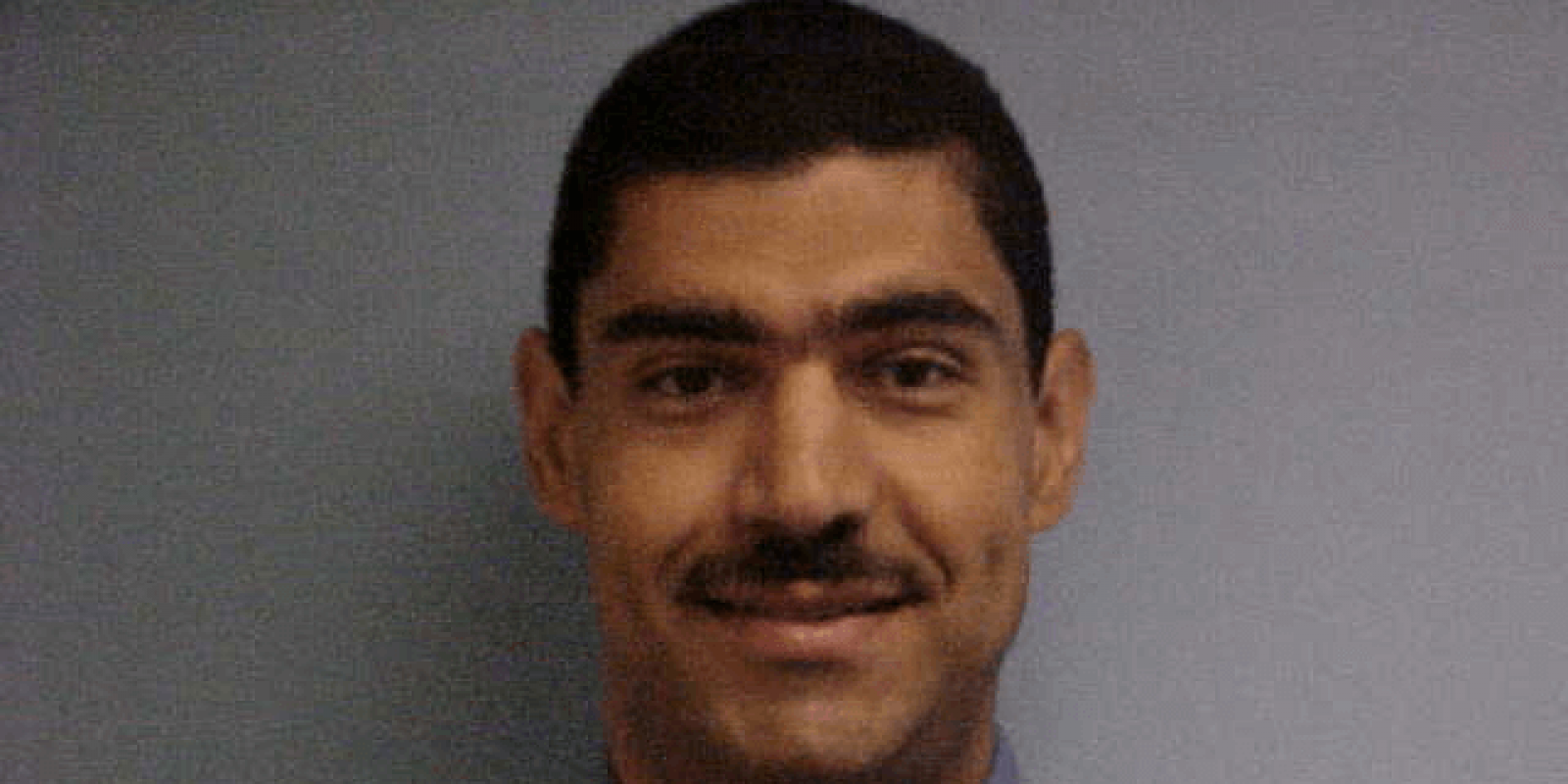 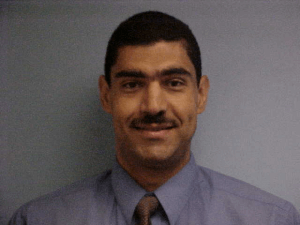 Guest: Dr. Ahmed Abdelmoity
Presenter: Neal Howard
Guest Bio: Dr. Ahmed Abdelmoity currently serves as Associate director, division of Neurology, Section Chief of epilepsy and neurophysiology at Children’s Mercy Hospital. He is also the Director of Children’s Mercy Hospital’s level 4 epilepsy center, which is one of the few level 4 pediatric epilepsy centers in the country. He has developed and is directing the clinical Neurophysiology Fellowship at Children’s Mercy Hospital. He has also developed and is directing the Neurodiagnostic Program. He finished his medical degree at Cairo University in Egypt. Dr. Abdelmoity then started molecular neurobiology research at UT Southwestern at Dallas, where he later started his pediatric Neurology residency.

Neal Howard: Hello and welcome to Health Professional Radio, I’m your host Neal Howard, thank you for joining us today. This month being November is Epilepsy Awareness Month. Our guest in studio is Dr. Ahmed Abdelmoity, director of Children’s Mercy Hospital’s Level 4 Epilepsy Center and he’s with us today to discuss some of the truths, myths, and maybe dispels some of the myths about epilepsy. Welcome to Health Professional Radio doctor.

Dr. Ahmed Abdelmoity: Thank you so much. Thanks for having me.

N: Thank you. For our listeners who may not be familiar with exactly what epilepsy is, what is epilepsy?

A: Epilepsy is a neurological condition, which is the tendency of a person or a patient to have more than one unprovoked seizure. So a lot of times I will get the question in the clinic, ‘Do I have epilepsy or do I have seizure?’ When the patient is having an event and that can be different types, that’s a seizure. One over there is an increased electrical activity on the brain and that leads to changes in the neurological status, that’s a seizure but the tendency to have more than one of this event that’s the definition of epilepsy.

N: The epilepsy is the seizure. Are there different causes of seizures that determine what type of epilepsy?

A: Absolutely. There are two main broad types of epilepsy. The Focal Epilepsy in which the seizures are coming out of one focus, or one part of the brain and the seizures typically will look different and that Generalize Epilepsy, which is the second type of epilepsy. In the first type was Focal epilepsy, patients are having partial seizures, which means seizures are all coming out of one part. And depending on what part of the brain that is. For example, if it’s coming out of the part of the brain that’s responsible for movement, then the first symptom or the first sign of the seizure will be movement or rhythmic shaking of that part of the body. If it’s coming where smell is the center in that brain so the patient will start feeling or start sensing, smelling different smells like burned rubber, for example. If it’s coming out of taste, it would be tasting something. Seizures are not all the same, some partial seizures depending on where the seizures are coming from, the symptom will be very different. In Generalized epilepsy, this is one of seizures coming from all over the cortex or the shell of the brain and there are different types of them. Some are called the ‘Tonic-Clonic Seizures’, when the body is shaking which is the most commonly known type of seizure. Then there’s ‘Absence Seizure’, when there’s a lack of response, a rest of behavior, the patient may have some alternative movement like lip smacking, or eye fluttering and eyelid opening and closing. There some other types which a quick, brief jerk of upper or lower extremities and this is called ‘Myoclonic Seizures’ where it involves both sides of the body in a very brief lining-like speed type of twitch. Then there’s the ‘Tonic Type’ which again there’s on the moving seizures without necessarily stiffening or without retaining a posture in a certain position. There are the ‘Atonic Seizures’, when a patient might lose tone all of a sudden and drop down to the floor after standing up, or drop down on the dinner table if they’re eating because they all of a sudden automatically will lose tone of their body. Depending on the seizures type, it’s distribution, if it’s happening on both sides of the body or if it’s happening only one side of the body, that will decide if it’s a Focal Epilepsy, if it’s a Generalized Epilepsy, Depending on its nature and the duration of seizure, it will also be different types of seizure depending on the way it looks.

N: Who is a candidate for any or all of these types of epileptic seizures?

A: There a lot of reasons why seizures can happen. We understand and we know some of it, but there others that we don’t understand. We kinda in a way, say that pretty much any brain, when triggered enough either by an underlying genetic condition or by metabolic causes, sometimes like structural causes, like after a severe head trauma, after a stroke, after a lack of oxygen or lack of blood supply to the brain. A lot of times, without a clear known reason, any of that can freeze most patients to epilepsy. Sometimes, the causes are obvious and clear in the history, but at other times that causes completely … [unfathomable] we cannot really put our hands and what’s causing the seizure. Who can have seizures? Pretty much anybody with a brain is at some chances, some risks of epilepsy. That risk changes a lot depending on these other predisposing factors from genetic, from metabolic, from structural, and so forth.

N: But frequency is the main tell, is that correct?

A: The frequency seizures can vary a lot depending on the either the underlying cause and also the epilepsy syndrome. Epilepsy, as we agreed by definition is tendency to have more than one unprovoked seizures. It can be one a year or can be a hundred a day, depending on the underlying cause. Are there certain known genetics where patients are typically expected to have up to a hundred seizures per day while other types, they usually are pretty more controlled with the first seizure medication where patients might have maybe one a year or some other times once the medication started this is continued to do well and decisions are made later when and if to stop seizure medicines.

N: In your experience, have you noticed one type of age group or something that is more likely or demonstrates more seizures?

A: That’s a really good question. Statistics have taught us that are two peaks for the incidence of epilepsy or new cases to get added to the epilepsy pool. The first peak in the first two years of life, for the reasons related mostly to genetic, metabolic, and birth trauma. In the first two years of life, new cases of seizures or new cases of epilepsy that are added to the epilepsy pool, that’s a peak. The other peak or the second peak doesn’t come until way later in the 70s, when patients are 70 plus years of age. For other set of reasons and this is when strokes are more prevalent following with head trauma, more prevalent in some patients who are might be immunocompromised or their immunity is not as good with certain infections, tremors are going to be more prevalent in older patient population. New cases of epilepsy tend to happen more likely in the first two years of life, then later on in the Gen X age group and the 70s plus, but doesn’t mean that it cannot happen in between but the tendency or the risk to add new cases of epilepsy in between tends to be a lower than those two exchange of age.

N: You are the director of Children’s Mercy Hospital, Level 4, Epilepsy Center. Could you explain to me, is there a reason that there is an epilepsy 4 or Level 4 Center, is there a level 1, 2, and 3?

A: The International League Against Epilepsy puts the definitions for epilepsy and the definitions for different ideologies and the different causes. Then the National Association for Epilepsy Center was formed to try kind of put some guidelines and parameters for what different centers in different places can do, which kind of help patients and healthcare providers to decide when do we need to move my patient to the next level? Level 4 is the highest there is in epilepsy centers. That is the center that’s capable of doing all different modalities of treating epilepsy, from pharmacological treatment with medications, for patients who are starting on their very first treatment, first medication, on the patients who have refractory epilepsy which is drug-resistant epilepsy those who failed to respond to two or more seizure medications and continue to have more than one seizure per year. And whom there are either more medication treatment, there’s diet treatment with ketogenic diet or a ketogenic diet-like treatment. There’s epilepsy surgery, where in some types of epilepsy surgery resection of the focus with the seizure is coming from can be cured for that patient with epilepsy. Then there’s the neuromodulation, which is electrical simulation done through different modalities either directly on the brain or through different nerves like the vagus nerve to help alleviate a lot of the seizures, help improve quality of life, and overall get better patient’s care. A Level 4 epilepsy center is a center who meets enough standards or meets high enough standards of enough numbers of epilepsy resection cases, has experience with neuromodulation, the diets so in other terms. Iit’s a holistic approach not just for the seizure, but for the whole 360 of the patients as far as their well-being, their psychology, and other comorbidities that can happen with epilepsy.

N: It’s been great having you here with us today doctor.

N: You’ve been listening to Health Professional Radio, I’m your host Neal Howard, with Dr. Ahmed Abdelmoity, Director of Children’s Mercy Hospitals Level 4 Epilepsy Center, in studio today with us discussing some of the myths, misconceptions about epilepsy, and some of the many types of epilepsy that do exist. Transcripts and audio of this program are available at healthprofessionalradio.com.au and also at hpr.fm, and you can subscribe to this podcast on iTunes.