Telemedicine is the Future of Healthcare [Interview][Transcript] 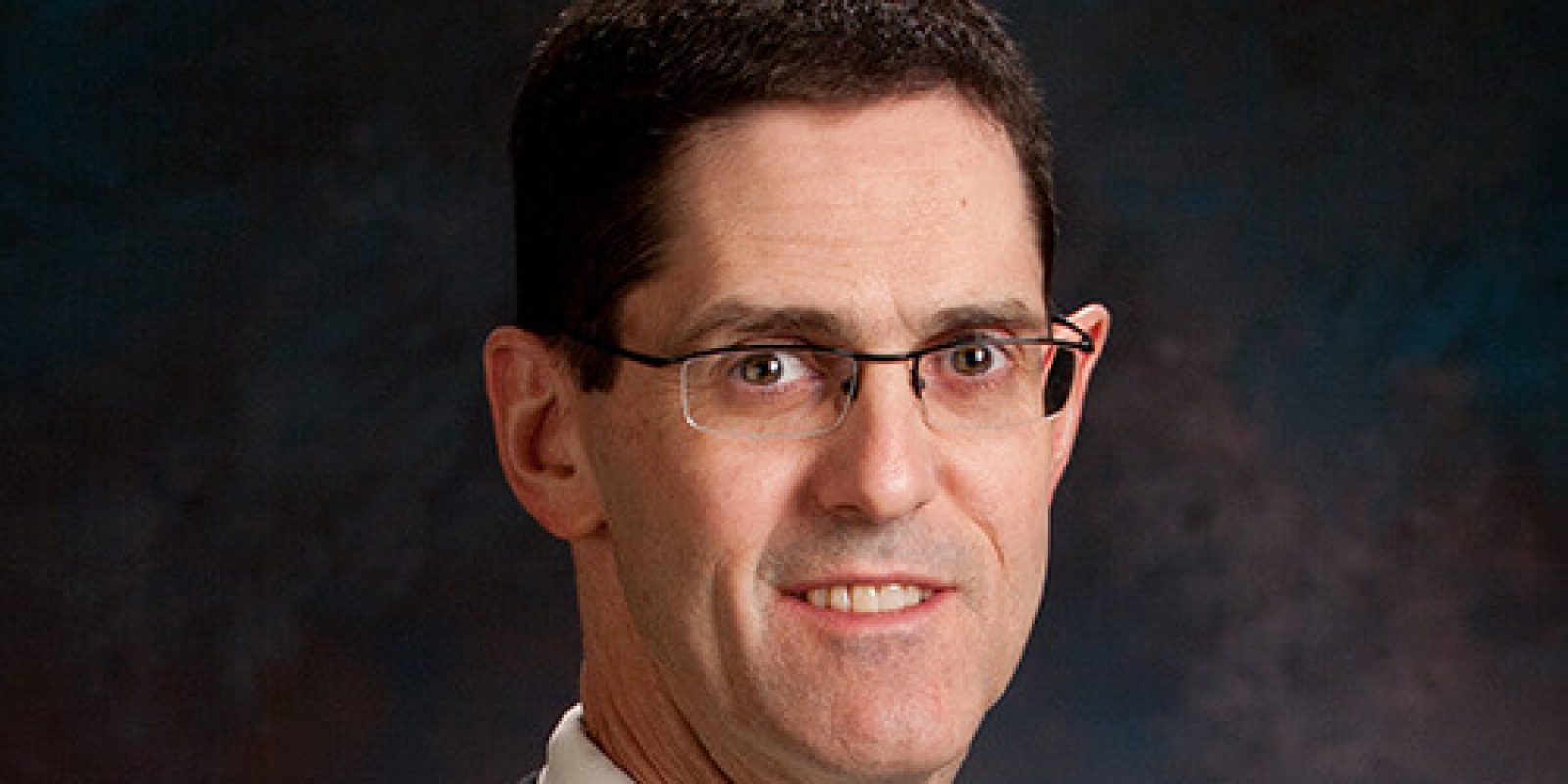 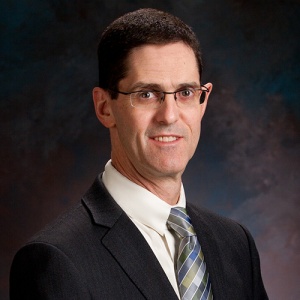 Guest: Dr. Alan Pitt
Presenter: Neal Howard
Guest Bio: Dr. Alan Pitt is the Chief Medical Officer at Avizia and attending physician and Professor of Neuroradiology at the Barrow Neurological Institute. Over the past two decades Dr. Pitt has worked at the nexus of computers and medicine. He believes that aligning patients with the right person at the right time, can replace fear and anxiety with reassurance, and prevent unnecessary system costs.

Neal Howard: Hello and welcome to Health Professional Radio, I’m your host Neal Howard. Our guest in studio is Dr. Alan Pitt, Chief Medical Officer at Avizia and Attending Physician and Professor of Neuroradiology at the Barrow Neurological Institute. He’s here with us to discuss the future of telemedicine. Good afternoon Dr. Pitt.

Dr. Alan Pitt: Hi Neal, thank you for having me.

P: So my definition of telemedicine is really how one brings people together whether that’s over text, voice or video using any of these technologies. Many people think of telemedicine like television, two monitors with video, I take a broader approach to that. Fundamentally I believe that one of the missing tenants for health care is reassurance, the opportunity to provide care for the patients, for their loved one, for their family and the less experienced provider. I believe that providing reassurance addresses the fear and anxiety that we all feel. Without that reassurance we replace fear and anxiety with lab and x-ray, transfer all sorts of expensive things that really don’t improve care and just drive across. I’m constantly looking for ways to provide that reassurance. Telemedicine is a tool to do that.

N: In that effort a survey was conducted, The 2016 National Telemedicine Survey Report called Closing the Telehealth Gap. Talk about some of the findings of that survey and how those findings relate going forward to bring this collaboration about.

P: Sure. There was a survey undertaken of health care executives across the country. The biggest thing for me out of that survey was that there are now changing attitudes with increased acceptance of telemedicine as a tool. So if you were to look three, four, five years ago, you would see a lot of executive resistance to telemedicine. In fact there was only 1 in 25 people from the executive position were reluctant to use telemedicine. I think there’s a much greater acceptance of telemedicine now as an effective tool to improve care delivery. This aligns with some of the newer models for payment that we’re seeing as health care systems are now responsible for the overall outcome of patients rather than simply taking care of them for the surgery or for the admission. I think the biggest struggle telemedicine faces which was also pointed out in the survey was this idea that more investment needs to go towards telemedicine and I know from experience that many health care systems are having to juggle telemedicine or collaborative medicine against data issues. How do I support the build down of electronic medical records as well as collaborative medicine or telemedicine? Budgets just really need to meet both of those needs simultaneously.

N: Are there other industries that you’ve borrowed from in order to try and improve the telemedicine industry? Sometimes industries borrow say from the aircraft industry, maybe some processes or procedures, is that something that has happened or did the survey address any other type of industry input?

P: Didn’t really address other industry input but your question’s a great one. I think the closest industry that one has to think about in terms of health care is banking. So it used to be that we all would go to our bank and we get in the line and we wait for a teller and that was the only way that you would interact with your bank. The banking industry now has got multiple ways that you can interact with your bank. In fact I wonder why we even have banks but you can go the bank if you have big problem, you can go online and do online banking, you can go to the atm. Health care really has to start meeting those needs where whatever way the patient wants to interact with their health care system we need to be able to provide that. And that’s in alignment with a lot of the technology that telemedicine is beginning to offer. You can see people if you want to over video but you may actually have a secured text that allows you to interact with your provider, answers your question and allows you to move forward.

N: How important is it for the patient to fully understand the collaboration between those that are providing care? Do you think that it’s necessary to I guess let us in on this evolution or just simply implement it and as long as we’re getting the care that we expect, it will be okay?

P: Yeah, I think it’s kind of a ladder. I think a truly informed consumer might want to understand what that collaboration looks like but health care’s kind of a funny industry. Most of us, I call health care a negative good, most of us don’t want health care, it’s an admission of our own morbidity, our own mortality and what we really want are answers to our questions. And so if telemedicine can help provide what I call the health care pyramid, allowing the right resource at the right time to address the patient’s concerns and get the right answer, I think we’ve done our job. Most of us just want to have our problems solved and I see telemedicine as an opportunity to do that in a much more efficient way that will provide better care at a lower cost.

N: When you mentioned the uniqueness of the health care industry, do you think that competition will enhance care or do you see a problem going forward as competition in telemedicine heats up and changes?

P: Well it’s a problem for whom? So in terms of the perspective of the patient, I think it’s a great thing, you’ve really telemedicine is in some senses a monopoly buster. So if you look at it most health care systems own monopoly based on their local geography. A patient goes to the closest facility not necessarily the best facility. As you reduce the walls for the best possible care to be delivered anywhere, the patient then has access to specialists from around the country, this will really require health care systems to up their game where they have to offer as good a care as anywhere else, if they expect people to want to come to their facility. So I think of telemedicine in some senses a monopoly buster, I guess if you’re a hospital, if you’re a provider, it’s probably giving you a little anxiety because before you only have local competition, now you have a regional and national competition.

N: Do you think that some of the fluctuation in costs from region to region around the country will be closer together or do you think maybe the gap in some of these services will widen because of telemedicine?

P: Well if you look at what has happened generally, so I’m a radiologist by training, I look at imaging and radiology was one of the first areas to embrace telemedicine, it’s called teleradiology and so that has fundamentally driven down the cost of care for imaging services, it improved the level of expertise that’s available to read studies, right? You can find a specialist in neurology or specialist in orthopedic imaging anywhere basically and so that’s improved the level of care while reducing cost. My expectation is that you will see the same thing happen to other clinical services and in fact we’re kind of already seeing this across the country. So many employers who are now having their patients be seen by centers of excellence for an opinion and for appropriate setting their patients at a distance to these centers of excellence, why I guess one of the key ones I would mention would be the Cleveland Clinic who has very large contracting for cardiac care where patients from around the country are being sent in because Cleveland’s been able to show higher quality care at a lower cost, make sense right? It’s the best thing possible.

N: As far as the future of telemedicine is concerned, do you see institutions hiring staff in order to, I guess help navigate the telemedicine field as far as support, how to implement changes? Who gets the information? When as well as navigating the administration of that facility on how to reimburse their physicians or get themselves reimbursed in general?

P: Another great question. So there’s a couple of layers to that. Number one, I think if you’re in health care technology and you want a career in telemedicine, I think every health care system is goanna be out there looking for people who know how to execute and deploy on telemedicine from. So I think that you’re going to see a large amount of hiring in that space. Perhaps almost more importantly, I think telemedicine will likely force us to rethink who should be in front of the patient and how do we support that person. It’s really too expensive for patients to meet specialists for many problems and I have an expectation that there’ll be an evolution of something were called a health care navigator. It’s the person that you relate to as your provider, they know you, they communicate with you frequently via text voice or video but they can quickly reach out and get the right resource at the time so that you know that you’re getting the best possible answer. Telemedicine with its virtual care delivery, provides that opportunity. This type of care will really change the roles and responsibilities we all have in health care system today and that role be a major upheaval because most medical students were not taught how to manage people, right? How to think about that pyramid and that’ll be a very large change in how we deliver care.

N: You’ve been listening to Health Professional Radio, I’m your host Neal Howard. We’ve been in studio with Dr. Alan Pitt, Chief Medical Officer of Avizia and Attending Physician and Professor of Neuroradiology at the Barrow Neurological Institute. We’ve been here discussing some of the findings of the 2016 National Telemedicine Survey Report called Closing the Telehealth Gap and also discussing the future of telemedicine as it relates to widening responsibilities, accepting change and getting reimbursed fairly and quickly. It’s been great having you here with us today Doctor.

P: It’s been a pleasure, thank you.