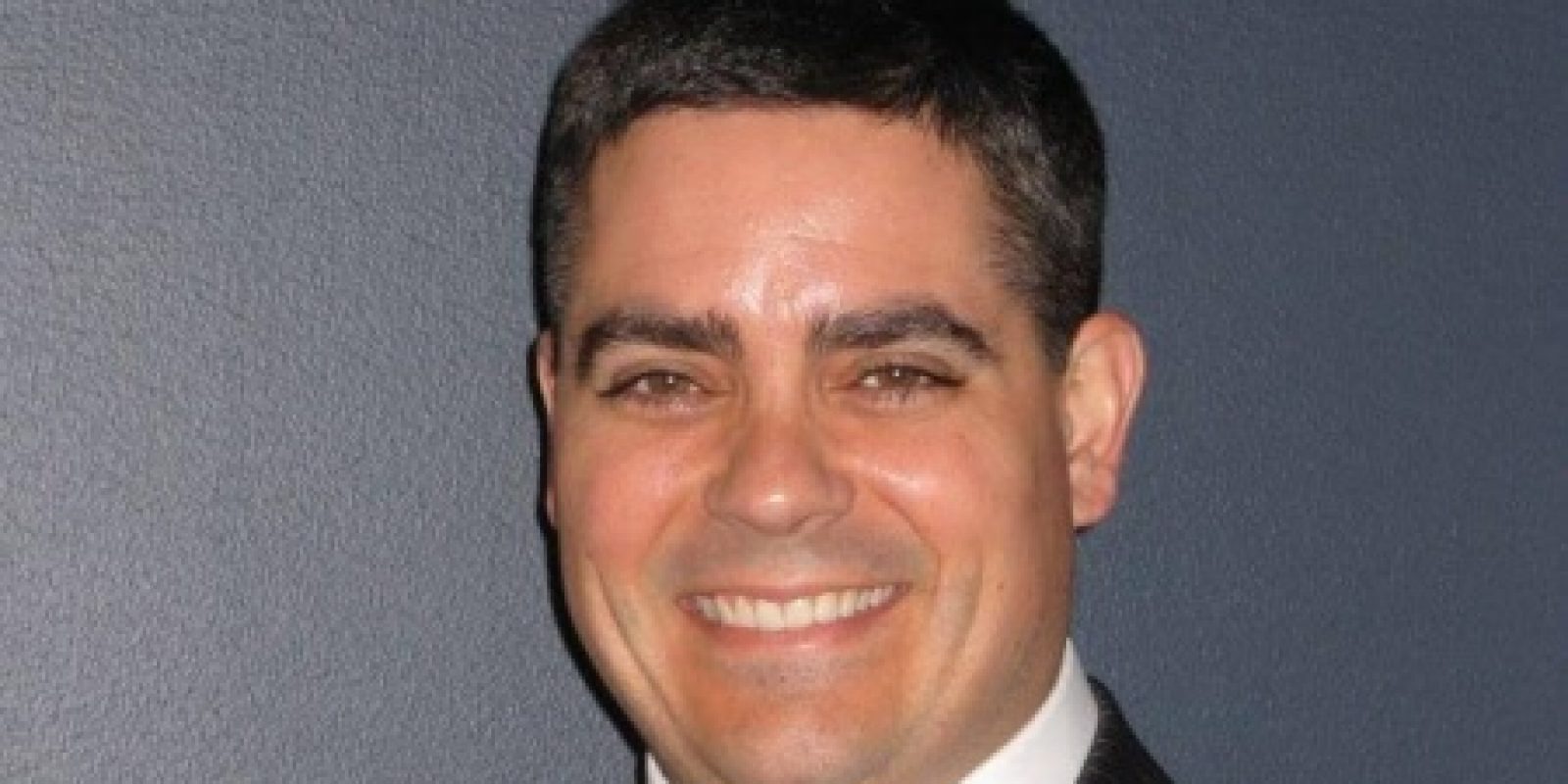 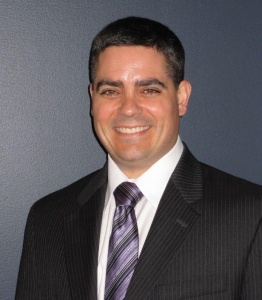 Guest: Dr. Andrew Heyman
Presenter: Neal Howard
Guest Bio: Andrew Heyman, MD MHSA is an internationally recognized expert in Integrative Medicine. He is currently the Program Director of Integrative and Metabolic Medicine at The George Washington University. Prior to assuming this role, he spent 16 years at the University of Michigan, serving to build one of the largest and most successful academic-based Integrative Medicine programs in the United States.

Segment overview: Dr. Andrew Heyman, MD, who will be a speaker at the 4th BioCeuticals Research Symposium, Revolutionary Strategies for Complex Disease in Sydney in 2016, talks about research focused on cardiometabolic disease and stress abnormalities.

Neal Howard: Hello, welcome to Health Professional Radio. Thank you so much for joining us today, I’m your host Neal Howard. Welcome back here at Health Professional Radio, Dr. Andrew Heyman. He is going to be a key speaker at the 4th BioCeuticals Research Symposium entitled Revolutionary Strategies for Complex Diseases being held in Sydney, Australia this coming April.

N: Welcome back to Health Professional Radio. So glad that you can return and talk with us.

N: The 4th BioCeuticals Research Symposium as I said you’re gonna be attending, this the first time that you’ve attended this symposium but not the first time you’ve been to Australia.

N: And you’re gonna be educating Health Care Professionals during this symposium entitled Revolutionary Strategies for Complex Diseases, I mean it doesn’t get more complex than the Ebola thing that we just went through and this Zika virus that seems to be running amok as we speak. While you’re there, will you be talking about Integrative Medicine as it relates to the heart and the stress as stress affects the heart?

H: Yes, I will Neal. I think it’s a really important topic and one that doesn’t actually get enough attention. In medicine, we often talk about the relationship between stress and heart disease, but it often sort of in the context of depression and we ask our patients to generally manage their stress as best as they can. It turns out that there’s a very specific relationship between the stress response and cardiovascular disease and it’s all integrated or mediated through, mostly the immune system. So we know that the core of cardiovascular disease is inflammation, that’s where it all starts functional and that inflammation grows and it can begin to injure the lining of blood vessels and ultimately to thickening of arteries and heart disease and heart failure and arrhythmias. But it turns out that one of the major drivers for inflammation in the body and maybe surprisingly is the stress response and the reason for this is that cortisol has a major relationship to the immune system. It’s not often talked about but it’s all over the research literature. So, it turns out, when we’re under high amounts of stress and cortisol levels go up, it leads to the depression of the immune system and this is important. We know this in Medicine, this is why we prescribe a medication called prednisone. Prednisone is basically a pharmaceutical derivative of cortisol and we use it as an anti-inflammatory. And the body does this on purpose when we’re under stress, we don’t need an immune system to be revved up and attacking things, we want it to be quiet and waiting for the repair mode… in recent injury. And so when cortisol levels are high, we see a relative suppression of immune activity, with that being said, the real problem comes when people have injured their stress response and unfortunately that happens a lot. We live in a very stressful world and one in which it’s unfortunately too easy to damage or injure the integrity of the stress response and many people can end up with low levels of cortisol.

N: Talk just a bit how you would injure your stress response. Are we talking a physical injury or we talking improper or excessive use or underuse? How exactly do you injure that response?

H: Neal that’s an excellent question. It actually, the mechanism have been pretty well worked out. And so when you look at the relationship of cortisol to different areas of the body, one of the most important is to the brain and it turns out that there’s a certain area of the brain in particular that has the highest levels of cortisol receptors. But it’s an area of the brain that we don’t often hear about, it’s called the Hippocampus. And the Hippocampus has a concentration of cortisol receptors that far surpasses any other area of the brain. And the reason for this is that the Hippocampus acts as the circuit breaker for the stress response. If you saturate the Hippocampus in high levels of cortisol, either as an overwhelming event or ongoing stress, we first see the Hippocampus begin to swell and commit to hyperactivity and that in turn creates changes in other areas of the brain and the brain senses this. But if you continue to saturate the Hippocampus, it begins to shrivel and shrink and die, this is called atrophy. And so you can get Hippocampal atrophy as a result of oversaturation of cortisol, when this occurs the brain senses this as well and it finally say, “Enough is enough”. And it begins to shut down the stress response, it utilizes other sensors like the prefrontal cortex, the locus coeruleus, the amygdala and yes the hypothalamus to begin to regulate that stress response and also peripheral changes that occur too. And so the brain say, “I can’t take anymore cortisol. I’m turning it down, I’m turning it off”. And that’s how people go from a high cortisol curve to a low cortisol curve. This is called the Neurodegenerative Model of low cortisol. It means you fried your brain and you’ve ended up with low cortisol. So when you look at the science, it has a very little to do with low adrenal output, that’s rare in humans to end up with lower adrenal output – it happens but it is rare. The most common are brain related changes, so when you have a patient that ends up with a low cortisol curve, you know two things: one, they’d likely injured key centers in the brain, functionally and maybe structurally and number two, there’s not enough cortisol around to regulate your immune system. So we know when people have low cortisol levels, they have an unhinged immune response, they’re chronically inflamed. So they have a much higher level baseline of inflammation. This is the relationship between a damaged stress response and heart disease because…heart diseases is inflammation, and you have someone with a low cortisol curve, they’re gonna have higher levels of inflammation in their cardiovascular system, it accelerates the damage.

N: Now you’ve mentioned that in your training you were led to believe that the immediate response or the only response was drugs or surgery to any type of malady. You since been educated as it were, about that. Now the 4th BioCeuticals Research Symposium, BioCeuticals is Australia’s leading provider of practitioner only nutritional and therapeutic supplements. How do supplements play a role in maybe reversing or at least minimizing continued damage of this response?

N: Let’s talk a bit about our children. When we’re talking about these Metabolic and Integrative Medicine as it relates to stress, what about our young people, our teenagers and preteens? Are there any things that you can tell us that could help them to learn to reduce or manage this stress successfully throughout their lives thereby maybe alleviating some of the problems associated with this low cortisol?

H: It’s a great question, Neal. Many, many years ago I used to do a lot of Public Health work in poor communities in Philadelphia and DC and some of that was focused on children. Because we understood even then that especially when there high levels of helplessness and helplessness in the younger generation, they need to be given tools so that they can better manage their stress and it’s absolutely possible. I’ve done it in various situations in terms of teaching movement therapies and breath work and controlling the mind. But you can also teach them dance and yoga and nutrition and appropriate exercise that all of these things help build what we call metabolic and emotional resiliency. And it really doesn’t matter the age, it’s just matters the intention and your focus on teaching these kids how to lead a healthier and better life and it’s absolutely possible. We’ve done group work and the genesis of that work led to mind-body skills that were deployed in areas like Kosovo and the Gaza strip and Haiti and particularly focused on children. When we develop our mechanisms for that and got to Kosovo, and it wasn’t myself but it was colleagues of mine that did this, they found that 1 out of every 2 kids after the Bosnian-Serbian war, had lost at least one parent. So these kids were traumatized and it’s certainly possible to reach into the tool kit of Integrative mind and body therapy’s appropriate use of supplements and herbs, dietary strategy to exercise to help build their resiliency. There’s no question in my mind that is possible.

N: Will you be discussing any of these aspects as far as children are concerned at the symposium?

H: I probably will. I’m sure questions like this will come up.

N: You’ve been listening to Health Professional Radio, I’m your host Neal Howard. And we’ve been in studio talking with Dr. Andrew Heyman, key speaker at the 4th BioCeuticals Research Symposium entitled Revolutionary Strategies for Complex Diseases being held in Sydney, Australia this coming April and we’ve been in studio talking about research focused on cardio-metabolic disease and stress abnormalities as they relate to how we handle stress and how we damage some of our stress handling mechanisms. It’s been a pleasure talking with you this afternoon Dr. Heyman.

H: Thanks Neal, I appreciate it.