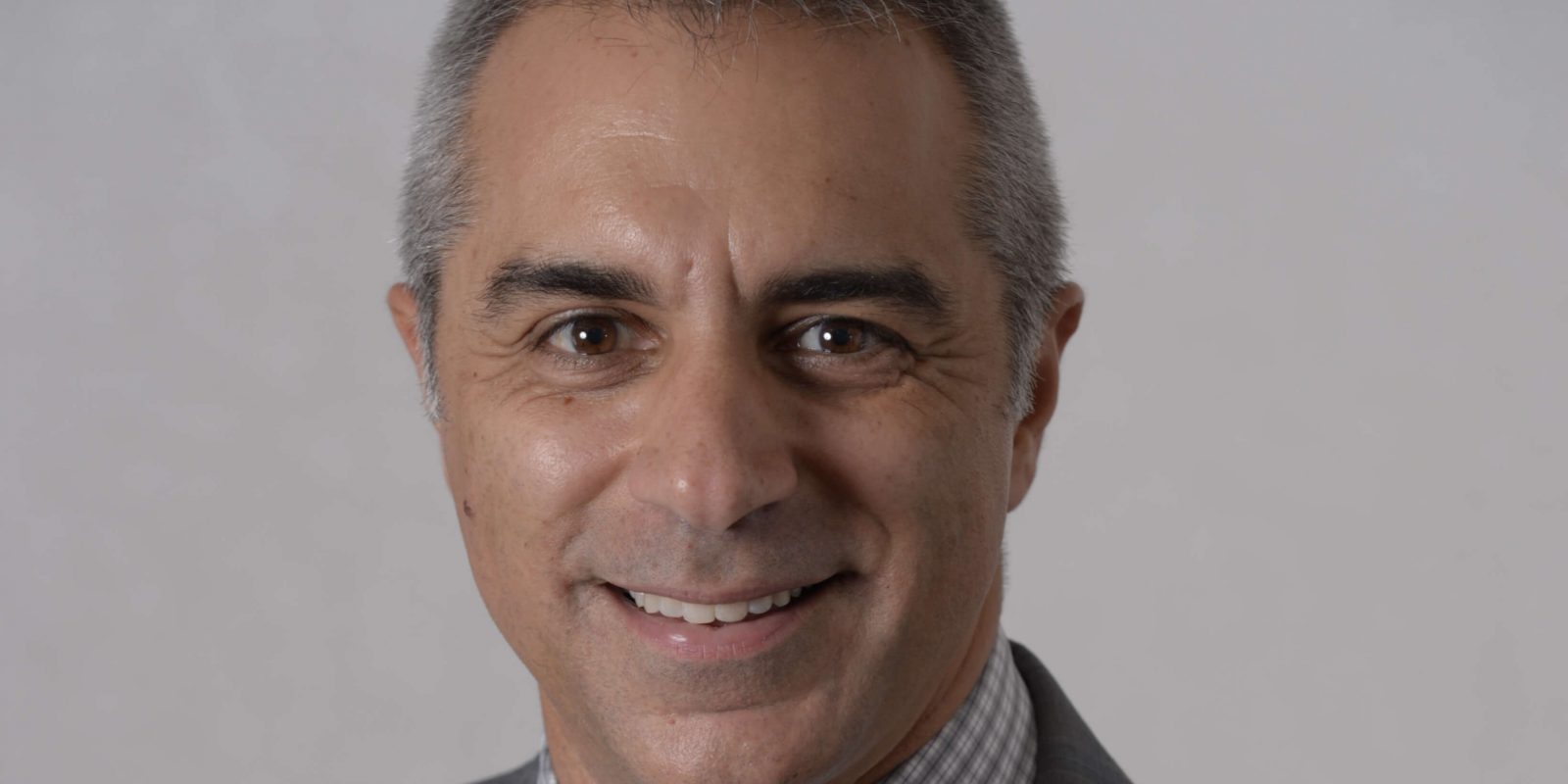 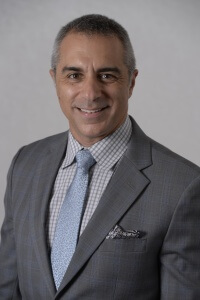 Segment overview: Dr. Ara Dikranian of San Diego Arthritis Medical Clinic, and member of the RA NarRAtive Advisory Panel, talks about the findings from the RA NarRAtive patient survey that demonstrate a disconnect between patients and physicians across multiple aspects of RA disease management.

Neal Howard: Hello and welcome to Health Professional Radio. Thank you so much for joining us today on the program, I’m your host Neal Howard. Our guest in studio is returning to talk with us Dr. Ara Dikranian, Senior Rheumatologist San Diego Arthritis Medical Clinic and also has been with SDAMC for well several years since 2004. He’s affectionately known to his patients as ‘Doctor D.’ Welcome to health Professional Radio Dr. Dikranian.

Dr. Ara Dikranian: Thank you Neal, I appreciate that.

D: Yeah, that’s exactly right Neal. So those of us who manage patients with arthritis on a regular basis know that there are about a hundred different types of arthritis and you’re absolutely right and that the most common type which most people would be familiar with is known as osteoarthritis which is degenerative process that sort of progresses as we get older. As compared to rheumatoid arthritis, though it is a manifestation of inflammation in the joints it’s really a systemic autoimmune disease where the primary problem is in the immune system and the effects of that are really to cause pain and swelling and stiffness in a systemic fashion in most joints of the body. So the two prototypical types of arthritis are treated very differently, one with physical therapy and mechanical factors as well as pain medications and the other with medications that work on the immune system in the case of RA.

N: Now in the case of RA, if someone’s immune system has been compromised from some other problem, are they more a candidate to develop RA or is that something that happens just because?

D: Yeah, so rheumatoid arthritis is really based on a combination of genetic factors that predispose as a particular person to rheumatoid arthritis. However there’s a sort of a second hit, an environmental or some other type of insult that really puts that predisposed patient over the threshold for developing rheumatoid arthritis. Now research over the last many decades has tried to identify what that initiating factor might be and as of yet, we don’t really have an answer. People have looked at infections, people have looked at environmental exposures and really there haven’t been any firm answers but we do understand the disease once it manifests is really based on a combination of genetic and environmental factors that one set in and sort of propagates and then develops onto this full-blown rheumatoid arthritis that most people will be familiar with.

N: Now there was recently conducted an online survey in 15 countries by Harris Poll on behalf of Pfizer. Now this survey took place between September of 2014 through January of this year, involving almost four thousand people above the age of 18 who’ve been diagnosed with RA. Talk about this survey, why was it conducted and what were some of the key findings that’s moving RA management forward?

D: Yeah, that’s exactly right. So the survey known as the RA NarRAtive which is sponsored by Pfizer and has really brought together the group of people who are intimately involved in managing rheumatoid arthritis specifically obviously the patients as well as their health care providers and patient advocacy groups to help support the endeavor on how to live with rheumatoid arthritis and what we’ve noticed over the past decade or so that despite the advances in treatment that we’ve seen with managing rheumatoid arthritis, there still remain gaps in terms of either under-treatment of patients or/and those who have access to treatment perhaps settling for a disease or treatment plan that may not necessarily be optimal or may not necessarily be well appreciated by the patient. So this platform of the RA NarRAtive is really to get all these key players talking with each other so that we’re on the same page, so that physicians understand where patients are coming from and patients understand why physicians maybe recommending certain things that may not necessarily make sense for them. So the key findings of the survey have really highlighted some of these deficiencies and gaps when it comes to optimally managing patients with RA.

N: Optimal management, when we go to the doctor or our health care provider and we’re asked those questions: How do you feel today? Is there anything that has changed since the last time? Those sorts of questions that seem to be asked at every visit to determine where you are today. When a patient demonstrates that they feel uncomfortable, what is it that the physician can do in order to get the full story when the patient is saying “I’m okay. I’m good.” Maybe they look fine, maybe they’re speaking as if they’re in no pain, no discomfort whatsoever. Should the physician just take that at face value 100% of the time or should they 100% of the time not take it at face value based on the fact that the person is feeling uncomfortable because it’s a patient-physician relationship?

D: Yeah, that’s a very good point Neal that you bring up and really one of the key findings that identified the difference in managing RA and then gaps really focuses on that. So we know that patients when they’re first diagnosed too early in their disease course they’re quite symptomatic with pain and stiffness and a general feeling of fatigue. And once they start whatever treatment they start with, they have a relative improvement that again at face value might be communicated sort of off handedly as “Oh, I’m better” or “I’m well” and unless the physician is astute to really probing the patient as to what they mean or how they’ve been perhaps for the days or weeks before the visit, we really won’t get the full story. So one of the things that the RA NarRAtive identified really is that patients might be settling when it comes to the management of their RA. So two out of three physicians believe that patients with RA say that they feel good enough even though their clinical assessments indicated that their disease was still active and so again if unless there’s more probing and more questions and further discussion it just might be that that patient might be left at an inadequately controlled state just based on the off handed comment of “I’m better” or “I’m okay”.

N: Do you find that reaching out to support groups can help? Because you don’t want to, well I don’t and maybe that’s my problem, I don’t want to go and just talk to my physician about how I’m feeling or whether or not the progress that I expected is being realized. And when I go, I need a prescription, I need, there’s a reason in the mind of the patient, okay? Do you think that support groups can be helpful to a patient who wants to just talk rather than be “seen”?

D: Absolutely. I think that’s a very important point as well Neal and is one that even if there was an appreciation for so the global management, the more holistic management of the patient that very often there’s a lack of time that prevents us from achieving that. So you’re right and that the traditional office visit focuses on objective measures, focuses on medications or medication changes and laboratory values, etc. However sometimes the person that’s in that patient gets lost so that the social impact, the psychological impact of the disease really either goes unrecognized or unappreciated in terms of focusing on deficiencies in those areas. So that’s an area where care takers, where community resources to a patient out of advocacy groups really come into play to put patients in touch with each other, to put them in touch with allied health professionals whether they’re physical therapists, mental health professionals, etc. to really focus on those areas where there’s a deficiency of time doesn’t know how the rheumatologist to focus on. So that’s I think a big gap that the RA NarRAtive identified is that 2 out of 3 patients really felt that they could see their physicians more often. And 4 out of 5 health care professionals really believe that patients who participate in RA support groups tend to do better, better in terms of being able to live with and manage their rheumatoid arthritis.

N: Now doctor as we wrap up, we’ve been talking about the disconnect identified between the patient and the managers, the health care manager of the patient’s rheumatoid arthritis. What about communication between those who manage, provider to provider, you’ve got one provider that’s focused on your RA, you may have another provider that’s focused on maybe a mental aspect of your health or dental aspect of your health. What about communication between the health care providers? The RA doctor and some of the other doctors because there are factors that could affect the RA that the RA provider may not be aware of.

D: That’s absolutely right and that’s an area for future discussion that the RA NarRAtive has identified and that there the typical patient who has rheumatoid arthritis is really seeing multiple health care providers but perhaps no one really coordinating the efforts of that. Sometimes the assumption is that the primary care physician would do that, sometimes the rheumatologist might take it upon himself or herself to do that but there is no consistency. My suspicion is that in the increasing use of electronic health records and integrative systems, these types of communications might be a little bit better but traditionally they’ve been fragmented particularly in areas where patients are jumping from specialist to specialist. But you’re absolutely right and that the impact of the disease on other comorbidities is great, the impact of our treatment of rheumatoid arthritis affects many other disease states that really need to be focused on whether it’s metabolic changes, whether it’s infection, whether it’s lifestyle changes, etc. but they’re clearly of a greater need to coordinate their efforts and better communication with the health care community in on itself as it relates to the patient with RA.

N: You’ve been listening to Health Professional Radio, I’m your host Neal Howard. And we’ve been in studio talking with Dr. Ara Dikranian of San Diego Arthritis Medical Clinic. He’s a member of the RA NarRAtive Advisory Panel and he’s been discussing rheumatoid arthritis and the RA NarRAtive Patient Survey that was conducted online in 15 countries by Harris Poll on behalf of Pfizer. And the survey has pinpointed some very crucial factors that identify what physicians can do to better inform their patients about their arthritis and what patients can do to be better empowered to take control of their own health care. It’s been great having you here with us today Dr. Dikranian.

D: It’s been an absolute pleasure Neal. Thank you.