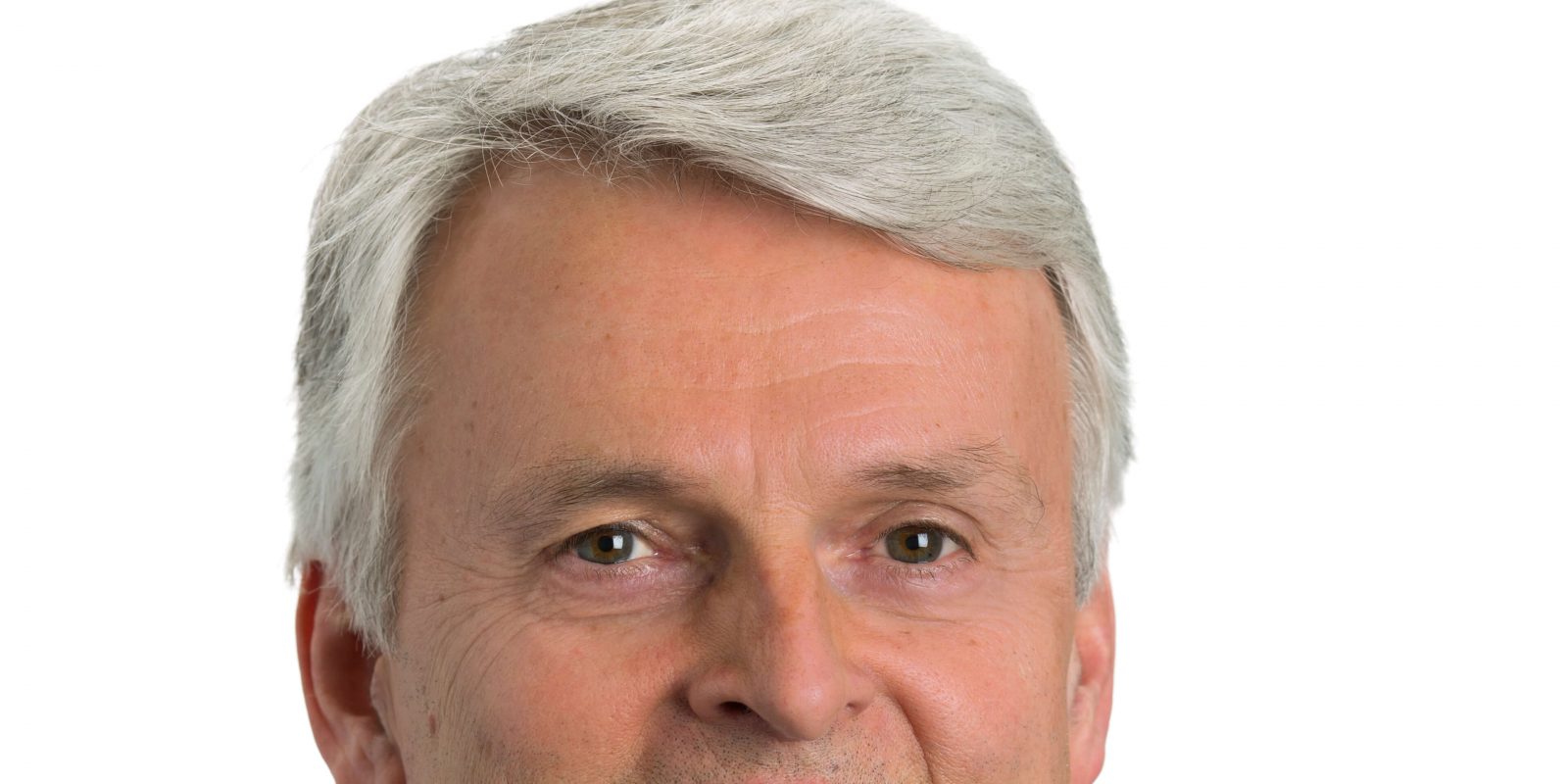 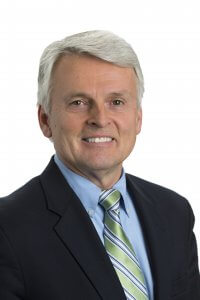 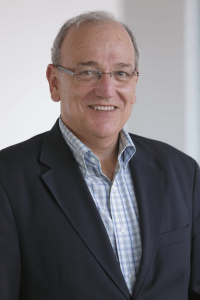 Guest: Dr. Bradford Hesse and Dr. David Ahern
Presenter: Neal Howard
Guest Bio: Doctor David Ahern is the Director of the Program in Behavioral Informatics and eHealth within the Department of Psychiatry at the Brigham & Women’s Hospital and Assistant Professor of Psychology (Psychiatry) at Harvard Medical School. His specialty is focused on the intersection of informatics and behavioral science to improve health and healthcare. David was National Program Director for the Health e-Technologies Initiative of the Robert Wood Johnson Foundation from 2002-2009 where he managed a technology research portfolio of 26 grants promoting the use of technology for health behavior change and chronic disease management. In 2013, David began an IPA detail to the National Cancer Institute whereby he serves as a special advisor on health information technology (HIT) to the Healthcare Delivery Research Program (HDRP) within the Division of Cancer Control and Population Sciences.

Dr. Bradford (Brad) Hesse is Chief of the National Cancer Institute’s Health Communication and Informatics Research Branch. Dr. Hesse received his degree in social psychology from the University of Utah in 1988 with an accompanying internship in the nascent field of medical informatics. After completing his degree, he served as a member of the Committee for Social Science Research on Computing at Carnegie Mellon University, and then went on to co-found the Center for Research on Technology at the American Institutes for Research in Palo Alto, California. For almost three decades since that time, he has been conducting research in the interdisciplinary fields of social cognition, communication, health informatics.

Segment overview: Dr. Bradford Hesse and Dr. David Ahern of the National Cancer Institute, talk about President Obama’s Cancer Moonshot program, and how oncology informatics give it a fighting chance.

Neal Howard: Hello and welcome to Health Professional Radio this afternoon, I’m your host Neal Howard. Thank you for joining us today. Our guest in studio today is Dr. Brad Hesse and Dr. David Ahern, co-authors of the book, Oncology Informatics: Using Health Information Technology to Improve Processes and Outcomes in Cancer. Welcome to the program today.

N: Thank you both for coming back. What is Oncology Informatics?

N: Now have you always been involved in oncology and cancer research and treatment?

H: I’ll start from my end and I’ll let David complement that a little bit but in some ways I’ve been involved with informatics and health care and how it intersects with technology. I have been involved in that since about 1984 or so when it was very first starting as a field. I’m a psychologist by training but I was in a place where we were starting to use personal computers to help physicians as they made very tough diagnostic decisions and then I went on to study how people use computers to talk to each other which in 1984 not many people did but not long after that the internet became very popular then in 1993 the web became very popular and it’s just as accelerate what we can do with that. National Cancer Institute… reached out to me in 2003 and I’ve been with cancer very specifically since 2003 and now I’m trying to bring those lessons in that we picked up in the decades before into the world of oncology care.

A: Yeah and Neal my career path is in a number ways similar to Brad in that really a behavioral scientist and informaticist where I’m interested in the world of behavior and health and where technology can enable our understanding of the relationship of behavior to health. That’s been sort of the career focus, so I’ve really focused not solely on cancer, I’m focused on a range of medical conditions. In my career has taken me to academic medical centers at the Brigham and Women’s Hospital and Harvard Medical School as my home base and I do a good bit of work in the informatics world or health care more generally not only cancer but in the last 4 years or so I’ve focused with Brad on the challenges we’ve discussed around cancer care and the opportunities that informatics can bring to addressing those challenges and that’s been my focus in the last several years.

N: Now you both are involved in President Barrack Obama’s initiative, the Moonshot Initiative. Can you talk about that initiative, how it ties in with this new information sharing revolution?

A: Sure and I will contextualize that a little bit in saying that I’m not directly involved in this much that the Vice-president has reached out to a lot of us across the national cancer program. Anyone who can make a contribution to accelerating our pace in cancer to do in 5 years with otherwise be in 10, we all share that responsibility. So I haven’t been involved directly with Vice-president or the Blue Ribbon panel or advising him but I certainly by extension have been involved with the National Cancer Institute in thinking through all of the issues that we can now collectively move forward. Many of these issues, of this first thing that we figured out is a group talking about this – some of the first issues have to do with sharing data. If we want to really learn more quickly and we have to learn from the willingness of patients who are going to give us their data and that might be happening in one part of the world or one part of the country and be able to share that with the genomics experts in a lab on the other side of the world or the other side of the country so that we can learn very quickly how to tailor our treatments and find new possible targets in a very precise way to help other folks reach a resolution to their particular disease as well. So we see that sharing data and then speeding up the implementation by which current knowledge gets in to the hands of practicing clinicians that’s, key I think to the Moonshot.

N: So we’re basically, we’re steadily not overnight but repairing a fragmented system of information sharing. How does the patient benefit not only from the care but the cost of repairing this fragmented system? Is this new technology going to somehow pay for itself just in being much more efficient or are we gonna see some of the trickle down to the patient?

A: Neal that’s a great question and I think if we really had an answer to that we’d probably be having a direct line to the Vice-president’s office today. It’s a major challenge around cost and I’ve learned in my years of working in health care that very little we do to ever reduces cost, it seems to add cost but I think this maybe an exception that in many other industries if we looked at banking or finance, air travel and so on, enormous efficiency have reduced cost. We’ve seen that end up at the consumer level and I think that there’s that potential for greater efficiencies to reduce cost ultimately to the consumer or to the patient. But it is incredibly complex, a complex system and we’ll have to carefully monitor how these changes, what impacts they have and make sure that we adjust them accordingly so that they don’t substantially increase cost but rather reduce cost and that I agree with you that’s an area really is important. I do want to mention just with respect to the Moonshot because it is sort of important that the book was published March this year, Oncology Informatics and we really had been working on the book for two years so in some ways it was… that the Moonshot announcement this year just happened to dogtail with the release of the book but the work that the book addresses to is so pertinent as Brad has indicated to the cancer Moonshot in a number of ways in terms of facilitating not only data sharing but also the role for patients in not only the data sharing between providers and health systems and oncology practices and so on but the ability of patients can donate their data is another big part of this which is really quite revolutionary and history of research certainly in cancer if not another areas where patients has been largely passive recipients, they are engaged in trials but often not so much an active participant and that’s really something that we think can change and needs change so that patients have a much greater role to play in a number of levels in the research going forward and the informatics tool to resources for the patients, those tools whether they’re smart phones and apps and sensors are really gonna be instrumental in helping us better understand the problem of cancer and the response to treatments to cancer, so there’s a really great promise here in this changing landscape we’re looking at.

H: That’s a very sensitive topic as you can imagine so I’m glad you brought that up and it has to do I think with the confidence that people have in how well their data are being kept confident and being used for the purposes in which they were intended. I know that we often hear from patients that they’ve donated their data to research study but then there are anxieties on the caregiver’s side largely because of the Health Insurance Portability Act from several years ago, HIPAA where people are very concerned about the privacy rule in that and then may not share the data and the patients will get back and say ‘Why didn’t they? We gave that data for a reason. We gave it because we wanted it to be used.’ So what we’re looking at when we talk about a little bit in the book is we talk about some of the broad experiments that our patient originated, patients like me for example. There’s a chapter in there from authors of patients like me where patients very willingly give up their data so the pharmaceutical companies can mine it and they’re doing that because they do know they want to get some results from it and then there’s another group out in California called Smart Patients and that group is working first from patients back to research to show that there is this breach of trust and confidentiality that get the data used appropriately throughout the research system so that’s the way I would look at it.

N: It’s been a pleasure talking with both of you this afternoon, thank you both for coming in.

H: Oh Neal thank you, it’s been a pleasure for us too.

N: Thank you. You’ve been listening to Health Professional Radio, I’m your host Neal Howard in studio this afternoon with Dr. Bradford Hesse and David Ahern. Both of which was the National Cancer Institute and Authors of the book, Oncology Informatics: Using Health Information Technology to Improve Processes and Outcomes in Cancer. Transcripts and audio of this program are available at healthprofessionalradio.com.au and also at hpr.fm and you can subscribe to this podcast on iTunes.