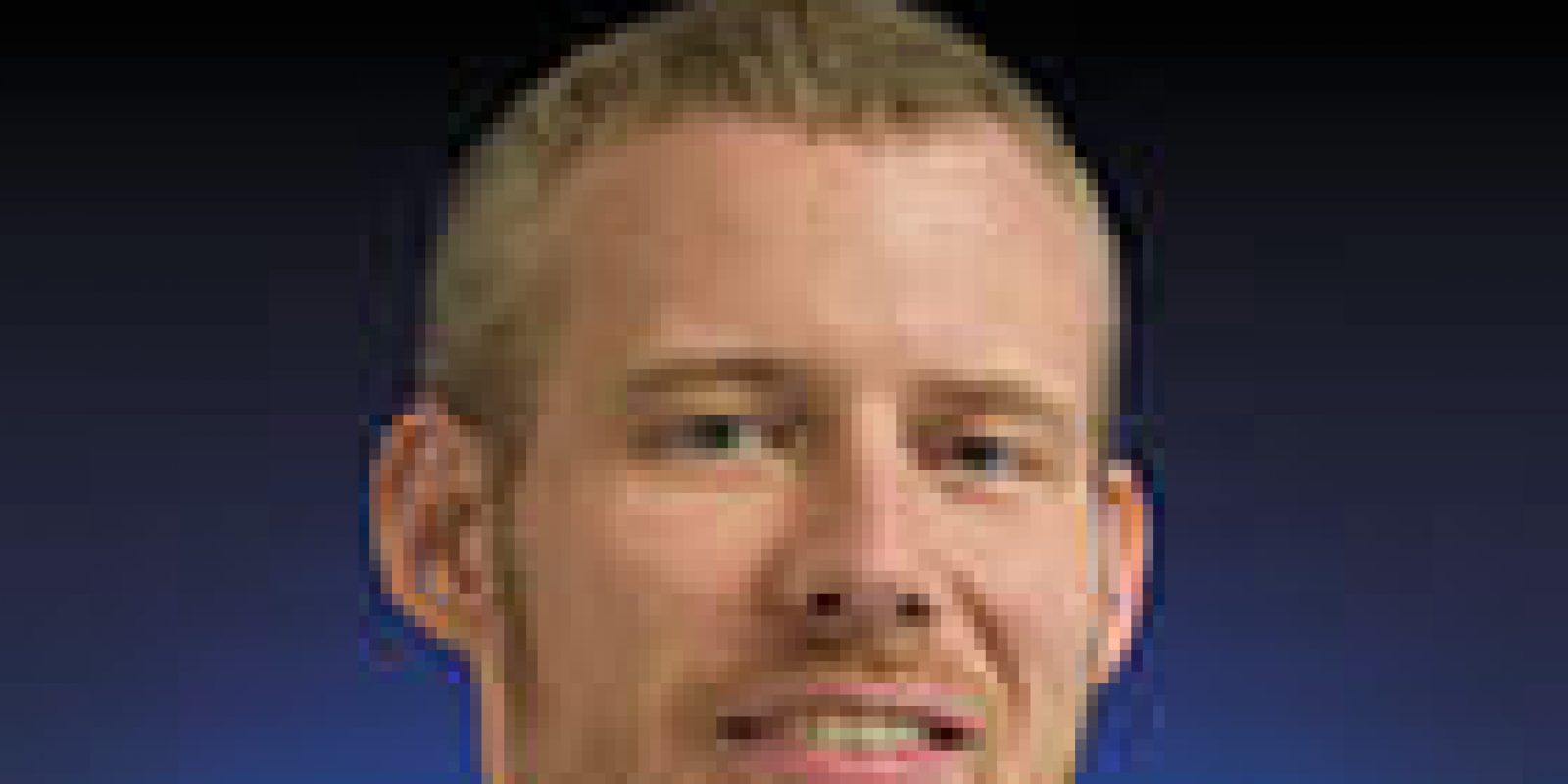 Segment overview: Dr. Brian Swehla, a vascular and interventional radiologist, talks about the transradial approach (thru the wrist) to treating uterine fibroid tumors.

Neal Howard: Hello and welcome to Health Professional radio, I’m your host Neal Howard. Our guest is Dr. Brian Swehla, he’s a Vascular and Interventional Radiologist for three hospitals in Baltimore region of MedStar Health and he’s here today to talk with us about the Transradial approach or the through the wrist approach to treating uterine fibroid tumors. Welcome to Health Professional Radio Dr. Swehla.

Dr. Brian Swehla: I appreciate it, thanks for having me.

N: Thanks. You’re a radiologist for three hospitals in a single chain of hospitals, talk about this hospital chain and how you became involved with them?

S: Yes, MedStar Health System comprises hospitals in both Baltimore and Washington DC. Three of the hospitals there in Baltimore, my group, MedStar medical group radiology we cover. Myself and one of my partners are involved in covering minimally invasive image guided procedures for these three hospitals. I’ve got involved with them a couple of years ago as one of the contractual basis with the hospital that I used to work with. Then, this past summer the MedStar Health System is looking to bring these three hospitals in under one umbrella group. So they ask me to join them and I also brought on a guy that I trained a couple of years ago and we’ve been basically looking to expand the minimally invasive image guided procedure on armamentarium that we have for this health system. Everything from the transradial approach to your fibroids, I was the first one in MedStar to treat fibroids from the wrist and that was back in March of 2016. We’ve been using that same approach for other procedures that we do minimally invasive treatment for liver cancer. We’ve also used it for stopping bleeding in a minimally invasive way everything from the kidney, to the liver, to GI tract. We do a full range of procedures really everything from biopsies, to putting in vascular ports for patients who needs chemotherapy, to putting in drainage tubes to help drain infections basically in any place in the body. We are very multi-disciplinary. We cover a lot of organs systems, we work with lot of specialists, everyone from surgeons to gynecologists, from medicine doctors to ICU doctors, and had been extending this range of procedures for MedStar in Baltimore.

N: As the first surgeon or radiologist to use this radial approach, briefly talk about the old standard way of treating uterine fibroid embolism.

S: The standard way has been for years to go from the femoral artery and fibroid embolization started in early 90’s in France. Almost all angiograms that time up to the last few years performed by the inventory radiologist had been through the artery in the groin, the femoral artery. And interestingly, cardiologist have been using the wrist since the late 80’s, early 90’s to perform heart catheterizations and they had found that it was a lot safer actually for the patients who were undergoing heart catheterizations and then the fact that they were doing it, kind of translated into some interventional radiologist using it for areas outside the heart – in the uterus for fibroids, in the liver for treating liver tumors, even doing treatments in the ulnar arteries to the kidneys. We found that for patients, especially for patients undergoing uterine fibroid embolization, is that afterwards there can be a lot of discomfort and cramping pain after the procedure and to have to lay flat after the standard approach from the groin, it’s a sort of added to that inability to find the comfortable position to recover and hampered the recovery a little bit. So going from the wrist actually allows the patient afterwards to be able to get up and walk around to find any comfortable position they’d like, whereas again before they were confined for a bed for at least two hours minimum and up to six hours usually on the next moment of the things. Now they’re completely mobile free to find any position they want to and it would enable us to do is have some patients that be sent home the same day after the procedure.

S: It is a smaller artery to use in the wrist as compared to the groin. So every patient that is going to undergo a transradial approach has to be screened to make sure the artery is sufficiently big enough not to cause any problems and if there is good flow to the hand through the other artery in the wrist, the ulnar artery. We do that by way of a test we called the ‘Barbeau Testing’. If patients passed that test and on ultrasound the artery is of sufficient diameter then we know by looking at the medical literature and the data that there’s a very, very low risk of complication. And when it comes to compared to the femoral artery, a lot of the patients that will be performing this procedure on can be overweight. In the groin, we’re dealing with a lot of tissue often that we have to sort of from the skin down to the artery, a lot of tissue to navigate. In the wrist, even in morbidly obese patients, that distance is rather very small from your skin to the radial artery. With that enables us to do is having easier access in the wrist compared to the groin. And also, post procedure when we need to monitor for bleeding, it’s so much easier to identify any problems at the wrist rather than you’re kind of sorting through tissue and moving things out of the way to be able to visualize the groin well. From that standpoint, from the bleeding standpoint, it’s less risky for our patients to go from the wrist. In addition, like I said, coming from a recovery standpoint we see these patients able to get up, move around more quickly and it’s a lot easier to put pressure on the wrist is able to be see some bleeding there, as opposed to them having to put pressure down in their groin or maybe harder this feel the femoral artery and be able to hold pressure on it. Patients’ satisfaction has really been tremendous to sort of see when you have patients who have had a femoral approach into a procedure versus the wrist approach and most definitely favor the wrist when asked who dealt with the experience and that’s also technically from just an operator’s standpoint, from my standpoint, from one of my colleagues’ standpoint, it’s actually in a water waste easier to navigate into the arteries that we need to treat for the procedure coming from above, so to speak coming from the wrist, and coming down the aorta into the pelvis, as opposed to coming up from the artery in the groin making with the deal with the angle at the aortic bifurcation and that actually at times proves to be a little tricky coming from above. In my experience, it is also a need for procedures to go a little bit more quickly, not having to navigate some of these difficult angles coming from the groin.

N: Where can our listeners go and get more information about MedStar Health and this transradial approach to treating uterine fibroid tumors?

S: To learn more about MedStar Health, you can go to the MedStar website which is medstarhealth.org and in terms of radial access, ask4ufe.com is now featuring the transradial approach on their website and you can also just google your radial artery access and one of the benefits of the procedure in setting of a heart catheterization or other catheterization procedures that the concept holds across whether in fibroids tumors, or a heart catheterization or minimally invasive cancer treatment in the liver, there’s a lot of advantages for going from the wrist as opposed to the groin.

N: Thank you for talking with us today.

S: I appreciate the opportunity.

N: Thank you very much. I hope you will come back for some future segments.

N: You’ve been listening to Health Professional Radio, I’m your host Neal Howard, in studio with Dr. Brian Swehla, Vascular and Interventional Radiologist with MedStar Health and we’ve been in studio talking about the transradial approach to treating uterine fibroids tumors. Transcripts and audio of this program are available at healthprofessionalradio.com.au and also at hpr.fm, and you can subscribe to this podcast on iTunes.