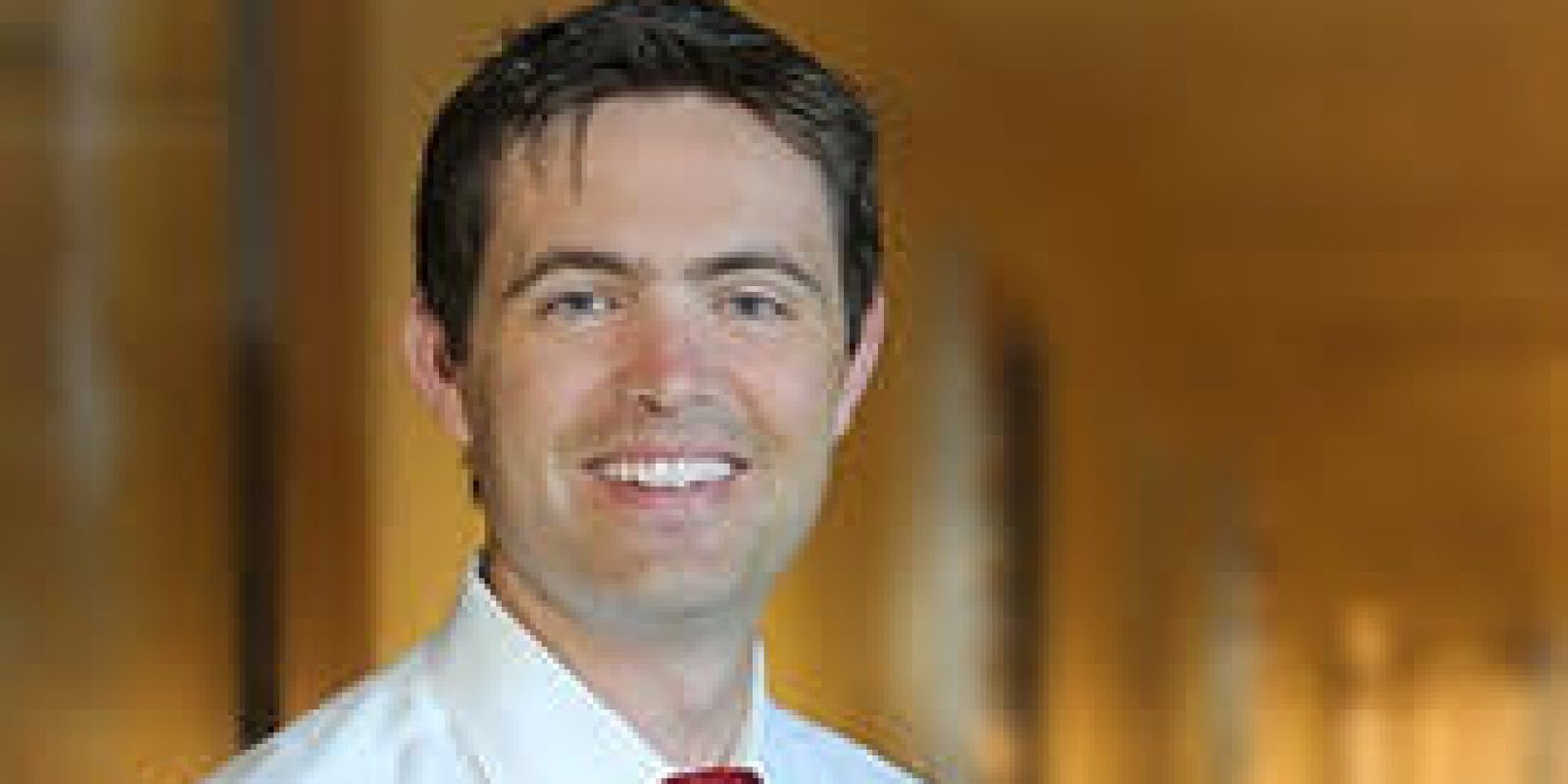 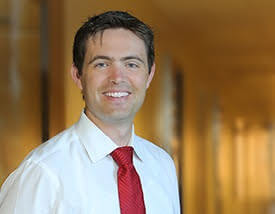 Guest: Dr. David Cosgrove
Presenter: Neal Howard
Guest Bio: Dr. Cosgrove is a medical oncologist with Compass Oncology, a practice in The US Oncology Network. He specializes in general adult oncology with advanced subspecialty expertise in breast and gastrointestinal (GI) cancers. He serves on The US Oncology Research Network’s national GI Research Committee and as a principal investigator for many studies.
Segment overview: Dr. David Cosgrove, MD, talks about the five cancer prevention tips that are in our control.

Neal Howard: Hello and welcome to Health Professional Radio. I’m your host Neal Howard, thank you so much for joining us today. Our guest in studio today is returning to talk with us, Dr. David Cosgrove, a Medical Oncologist with Compass Oncology, a practice in the US Oncology Network. Dr. Cosgrove specializes in general adult oncology with expertise in breast and gastrointestinal cancers and he’s here with us today to talk about some of the ways that the advances in cancer research and treatment have greatly reduced the mortality rate over the past, well maybe 50 years or so. One study of bariatric surgery follow up revealed about a 60% reduction in all caused cancer mortality over, not a great span of time actually about 7 years or so. Could you talk about that as I welcome you to Health Professional Radio Dr. Cosgrove?

David Cosgrove: Yes, thanks very much Neal. So absolutely we have seen major advances in cancer prevention and reduction and cancer recurrence with lifestyle modifications in the last 20 or 30 years and so bariatric surgery had been a beacon as you know it was initially developed as a weight loss adjunct for patients that have trouble with lifestyle modification and weight loss but we’ve seen major benefits both in diabetes control and in cancer reduction and even in patients that don’t achieve that originally desired weight loss and there seems to be some interaction with some of our G.I. gut proteins and how they influence our dietary behaviors and the inflammatory influence that some of our more processed foods have on cancer and diabetes development.

N: There are more than a million people that are newly diagnosed with some form of cancer each and every year. Are there any other, I guess accidental benefits of surgeries that are totally unrelated to the treatment of cancer or even with the detection of cancer in your experience and/or knowledge?

C: So we certainly have employed surgical prevention in patients that have very high risk as you know with breast cancer and ovarian cancer risk such as BRCA1 and BRCA2 but those surgeries was there often used as a treatment modality have become more of a prevention modality. I know a lot of people still feel that that’s still a major step to take as a prevention strategy but the proof is in the pudding, they remain one of the most effective tools we have preventing those cancers in patients at very, very high risk.

N: When we’re talking about early detection, lung cancer, the most common cause of cancer death in the United States – of course tobacco use the most common cause of lung cancer. There is data that supports an annual CT scan of folks that smoke, do we have to have that for everyone if you smoke at all? Or we talking about heavy smokers or over a certain amount of time, once a CT once a year may not be covered for a couple three visits?

C: Yeah, so I think there was interest in looking at some sort of screen protocol for those that highest risk for a number of years and as you said the National Lung Cancer Screening trial was published a number of years ago that suggests that people had very high risk or those with very high prior tobacco exposure were the ones to focus on in terms of our screening modality. So I think in that study you had to have a 50 pack year history of smoking which is an average of one pack per day everyday for a year and those are the people that we saw the mortality benefit both in terms of lung cancer mortality and actually all-cause mortality by getting a simple screening test CT once a year but those that what we consider lower risk so people with less lifetime exposure tobacco or lighter smokers, they weren’t necessarily included on that study so it’s not clear that they’ll generate the same benefit from the scan and this is one of the issues with screening test, you have to identify your population appropriately or else you’re gonna end up wasting a lot of time and resources screening people whose risk is not necessarily gonna be influenced by the test result.

C: Potentially, yeah. We have finite resources to try and come up with prevention strategies and doing a lot of potentially expensive scanning or interventions on patients who are at no more than modest or on normal risk does not probably meet that risk benefit or cause benefit analysis test.

N: Normally, those of us who are considered obese maybe morbidly obese who like to have some type of bariatric surgery. There are definite benefits when it comes to reducing the intake of some of the more inflammatory foods maybe just reducing the amount not necessarily that specific food. Is obesity itself a contributing factor to cancer or is it simply, cancer runs the gamut you don’t have to be doing really anything cancer causing to get cancer we all know that, but is obesity a factor that is directly related to some types of cancers?

C: Yes, for sure and even patients who we would have identified as having a relatively well balanced diet who happen to be obese have increased risks of certain cancers. Most of the research suggest breast and colon cancer are two of the more common ones that obesity plays a role in and I think in some of these large population studies when we look at obese patients versus non-obese, similar to smokers versus non-smokers or physically active versus non-active, there can be huge influences from those factors on both cancer development and even in patients with cancer on the risk of cancer recurrence and death from cancer and they talked to my breast cancer patients a lot about this once they go through treatment for localized breast cancer about the means that they can undertake to reduce their risk of that cancer coming back or another cancer developing and being focused on avoidance of obesity, maintaining good physical activity, maintaining a reasonably prudent diet and avoiding smoking and that reduces their recurrence risk by well over 50% compared to patients who are not able to follow those guidelines.

N: In your research, of course cutting out smoking, improving your diet, physical activity, trying to make sure you don’t become obese and limiting your sun exposure, those are all of great things to embark upon as far as try to prevent cancer but once someone has, they’ve done all the things that they think that they should be doing to prevent cancer and they’re diagnosed with some form of cancer. How much does a person’s mental state or their frame of mind factor in when it comes to treating their cancer or going into remission?

C: Yeah, so I think obviously that’s a little bit more difficult to measure but anecdotally we see that a lot in oncology that patients going in with a kind of a clear care plan, understanding what the goals are and working positively toward those goals, they tend to do a lot better in terms of avoiding toxicity and in terms of getting a good response. I think it’s a piece of this puzzle and having some sort of social structure and support with family and community. Those are the patients that do well and patients who tend to kind of look inwards and avoid those sources of support, we tend to think of them as not doing as well although that is obviously difficult to measure in a scientific fashion.

N: One final question, when genetic testing is done to test for the possibility of a person getting cancer in their lifetime, should a person immediately take steps or are there, I guess levels of detection when we’re talking about testing on a genetic level?

C: Yes, so this is obviously a dynamic area here as our genetic profiling has become much more sophisticated. The testing has actually unstripped a lot of our understanding of the implications of those test results. Yes, there are some very well established and kind of testing and treatment guidelines such as the BRCA1 and BRCA2 population within breast cancer like we talked about but as we see more people with kind of family history of cancers getting a genetic profile done, we’re finding a lot of variations and lot of mutations that we don’t have enough data to say what the true risk is moving forward and I think the kind of key for genetic testing is having that counseling session by a genetic counselor or a trained medical oncologist about what that result will mean and what the relative urgency of doing something about that result might be and in many cases we don’t have to take action immediately and because the risk has spread out over a longer period of time and it may be more prudent to wait and see if additional information is gonna come out regarding that particular genetic result before we embark on what could be a major intervention, surgical or medication driven.

N: Thank you. Well thank you so much doctor. You’ve been listening to Health Professional Radio, I’m your host Neal Howard. And we’ve been in studio talking with Dr. David Cosgrove a Medical Oncologist with Compass Oncology, a practice in the US Oncology Network. Dr. Cosgrove serves on the US Oncology Research Network’s National G.I. Research Committee and is the principal investigator for many of their studies. His approach to patient care is very team-oriented as they strive toward open communication by encouraging questions and ongoing follow-up. And we’ve been in studio this afternoon taking about the importance of cancer prevention, taking prevention into our own hands and focusing on those measures that are in our control rather than waiting on the latest research to come out. It’s been great having you here with us today Doctor.

C: It is great to be here Neal. Thanks for having me.

N: Thank you so much. Transcripts and audio of this program are available at healthprofessionalradio.com.au and also at hpr.fm and you can subscribe to this podcast on iTunes.