The Surprising Truth about Wheat, Carbs, and Sugar – your Brain’s Silent Killers [Interview][Transcript] 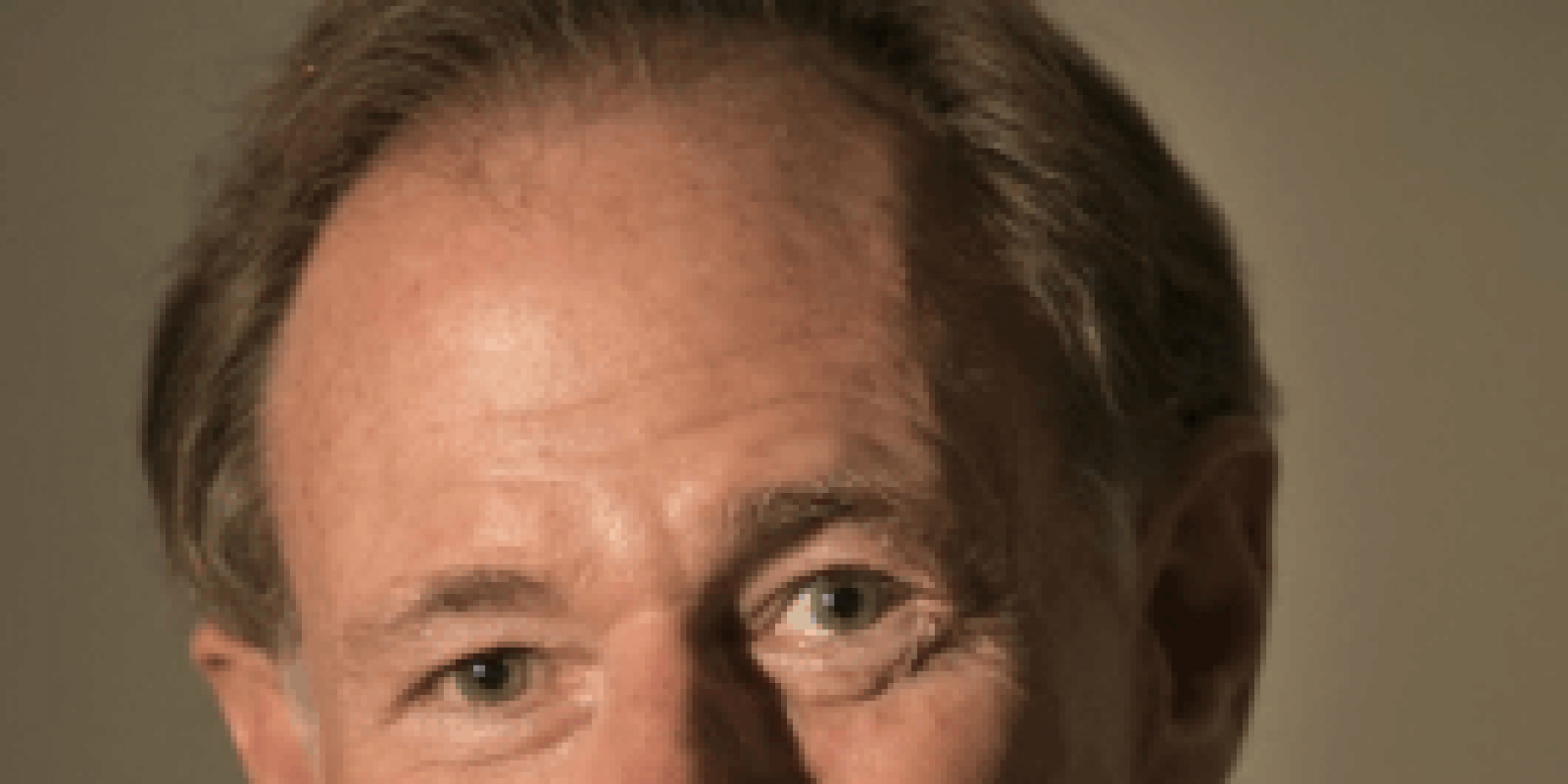 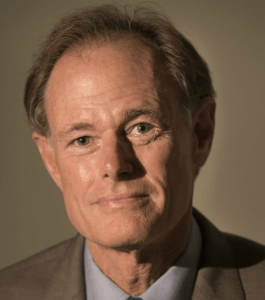 Guest: Dr. David Perlmutter
Presenter: Neal Howard
Guest Bio: Best-selling author Dr Perlmutter will visit Australia as a keynote speaker at the 4th BioCeuticals Research Symposium (22 – 24 April 2016) to educate Australian health professionals on the link between the gut microbes and brain health. The Symposium will highlight the latest advances in nutritional and integrative medicine, covering a range of fields. BioCeuticals, Australia’s leading provider of practitioner-only nutritional and therapeutic supplements, is at the forefront of evidence-based Integrative Medicine.

Neal Howard: Hello and welcome to Health Professional Radio. I’m your host Neal Howard, thank you for joining us today. Contrary to what experts have been telling us, eating fat can actually keep you slim and is the right choice for heart and brain health, according to our guest in studio today Dr. David Perlmutter. Dr. Perlmutter is a board-certified Neurologist and Fellow of the American College of Nutrition. He serves as an Associate Professor at the University of Miami School Of Medicine. He’s a frequent lecturer at the symposium sponsored by such Medical Institutions as Harvard University, University of Arizona, Scripps Institute, New York University and others. And he’s also the, going to be the Keynote speaker in Australia at the 4th BioCeuticals Research Symposium happening April 22nd through the 24th. Welcome to Health Professional Radio Dr. Perlmutter.

N: Thank you so much. Your book, Grain Brain: The Surprising Truth about Wheat, Carbs, and Sugar—Your Brain’s Silent Killers. I love sugar, wheat is cool and I’ve always heard that carbs, well that’s what keeps you going in the morning. What’s the deal here with this brain killing that you’re talking about?

P: Well to take a step back, humans have never eaten carbs. Ninety nine point six percent of our time on this planet we ate a diet that was high in fiber, high in fat, and high in protein. Now suddenly in the past couple of hundred years we’re bombarding our bodies with glucose, sugar and carbohydrates and look around. That’s a major explanation in terms of why people are unhealthy, all of the degenerative conditions that you don’t want to get, whether it’s Diabetes, cancer, Multiple Sclerosis, Parkinson’s, Alzheimer’s, you name it, can be traced back to some degree, to being related to our change in our diet.

N: Okay. Wheat, you’re talking about bread. Sugar is in everything. Carbohydrates are in, how do we weed it out of our diet and is it too late?

P: Well yes, but even more importantly I’d like to focus if we can on the prevention of these very, very challenging disorders. Here in America, we have 5.4 million Americans with this diagnosis. It’s costing us in US dollars, 200 billion a year. And when you look at the studies that looks simply at nutrition, you see some fairly profound results. The Mayo Clinic is very, very well respected globally and they published a report back in January 2012 in the journal, Alzheimer’s disease, and what do they find? Well they looked at a large group of individuals and found out what they were eating and they follow these people for four years. And what they found was that those individuals who ate the most carbohydrate had a risk of dementia increased by 89%, those who ate the most fat and less carbohydrates had a reduction in risk for becoming demented by 44%. So this is huge, and its breathtaking to me that sort of study published by such a well-respected institution isn’t at the front page on the newspaper but instead, we look at the cover of Time magazine this week as you and I had this conversation, says the Alzheimer’s pill, a drug could change old age. It’s not going to happen, a drug is not gonna cure Alzheimer’s once you’re already on that slippery slope and yet we have the tools right now, today to go a long way towards preventing that very disease just by making dietary changes.

N: It’s astounding to me that myself not being as educated as someone who has studied Nutrition their whole life, just a regular guy “Okay, I’m understanding that I need to eat better.” That’s just myself, but as an entire society, is this information deliberately being hidden? Or do we just need more folks like yourself to write books like Grain Brain?

P: Well as you and I have talked about before, it’s really a situation of following the money. You can’t monetize dietary recommendation, there’s nothing to buy, and you can’t really put it on a prescription pad. That’s not what makes the world go round, what makes world go round is people living their lives, come what may, however you want, eat whatever you want and suddenly when you find yourself walking into the room and forgetting why, you can’t find your keys, you don’t know the Wi-Fi code, you start to lose your marbles or as we say now you’re one taco short of a combo platter. There’s nothing in the pharmaceutical armamentarium that can benefit you and yet that very situation is preventable and that’s why you have people like myself and plenty of others who are really sounding the alarm and say “Look, if we don’t change where we’re headed, we’re liable to end up where we’re going”. So that said, we know that fat is good for the body, it’s good for the heart, and it’s good for the brain, provided people are eating good fat. There are plenty of bad fats out there. So as an advocate of a high fat diet, I certainly have to clarify the point that you’ve got to be very discerning in terms of the fats that you choose to eat.

N: Now you’re going to Australia as a keynote speaker at the 4th BioCeuticals Research Symposium happening April the 22nd through the 24th in Australia. Now a statistic having to do with Australia says that one in every five Australians will experience a mental illness each year and rates of neurological disorders are rising even as we speak. Sugar tastes good, bread tastes good, we know that we should be staying away from these, but it seems as though we can’t. Is there something going on that is preventing us on a level more than just a refusal to do what we’re told is right? Is there an addiction to sugar going on?

P: Well let me take a step back when you say we can’t, yes we can. The desire for sweet is a survival mechanism that allowed us to have this conversation today. If our ancient hunter-gather Paleolithic forebears didn’t have a sweet tooth, we wouldn’t have survived. Why? Because the sweet tooth means there’s sugar in something and what happens is when fruit ripens at the end of the summer and the early fall, we, like bears begin to eat the berries that are ripe because they’re sweet and they’re delicious, we love that. That sugar stimulates the hormone insulin and insulin is what causes the body to know that winter is coming so therefore we store body fat. Problem with that scenario is that mechanism is happening 365 days a year, when we eat foods that have sugar in them, even fruit it turns on insulin and makes body fat. And it’s really quite simple in terms of explaining why we have such an epidemic of obesity. In Australia, Alzheimer’s is a big deal, there are about 360,000 Australians right now living with Dementia and it’s supposed to increase to 400,000 or even more in the next several years. So this is a situation that’s escalating by 2050 that number is going to increase in 900,000. So it’s worrisome, it’s something’s that far more prevalent in Westernized culture. Not that we’re genetically different than for example Sub-Saharan Africans, we are not. But we are changing the expression of our genes based upon the foods that we are eating and sugar and carbs is the biggest issue that we could discuss.

N: Does your book, Grain Brain: The Surprising Truth about Wheat, Carbs, and Sugar—Your Brain’s Silent Killers discuss supplements? If you’re not readily, if maybe some of these foods aren’t readily available in your particular situation. I can’t see where that would be, because there are supermarkets everywhere, there are Whole foods everywhere, there are local farmers markets everywhere. But just say that they weren’t available, are supplements a viable alternative?

P: Well, yes and no. One of the big foods that the groups that we are really are strongly in favor of is of course wild fish, because wild fish contains an Omega-3 called DHA which is basically iconic for the brain. Now for a person doesn’t have access to good wild fish, then you can take DHA as a fish-based supplement or even an algae-based supplement from the health foods store absolutely. I think that by and large most people living in western cultures have very low levels of vitamin D and I’m a very strong advocate of vitamin D, of an anti-oxidant called alpha-lipoic acid and I’m very fond of the herb called Turmeric, because it has very powerful anti-inflammatory activity and in fact Dr. Cole at UCLA has an extensive research looking at the role of turmeric as it relates specifically to the brain and Alzheimer’s in experimental animals. And finally I think that these days we all should be taking a good probiotic supplement, a good supplementation of good bacteria for the gut because we know that the gut and what is on there in terms of the bacteria, plays a pivotal role in terms of brain health. There’s so much data that now supports this notion of a gut-brain connection.

N: Great, thank you so much. You’ve been listening to Health Professional Radio, I’m your host Neal Howard. And we’ve been in studio talking with Dr. David Perlmutter. Dr. Perlmutter will visit Australia as a keynote speaker at the 4th BioCeuticals Research Symposium being held April the 22nd through the 24th of this year to educate Australian Health Professionals on the link between the gut and brain health, he’ll be presenting his research. We’ve been here talking about his book Grain Brain: The Surprising Truth about Wheat, Carbs, and Sugar—Your Brain’s Silent Killers. We’ve been talking about the connection, the strong connection the research and, unrefuted now, link between the gut, what’s growing in the gut today and your risk of Dementia, Alzheimer’s and an array of other illnesses in the future. It’s been great having you here with us today Dr. Perlmutter.

P: All my pleasure, thank you.