The Health Issues Associated with People not Getting Enough Magnesium. 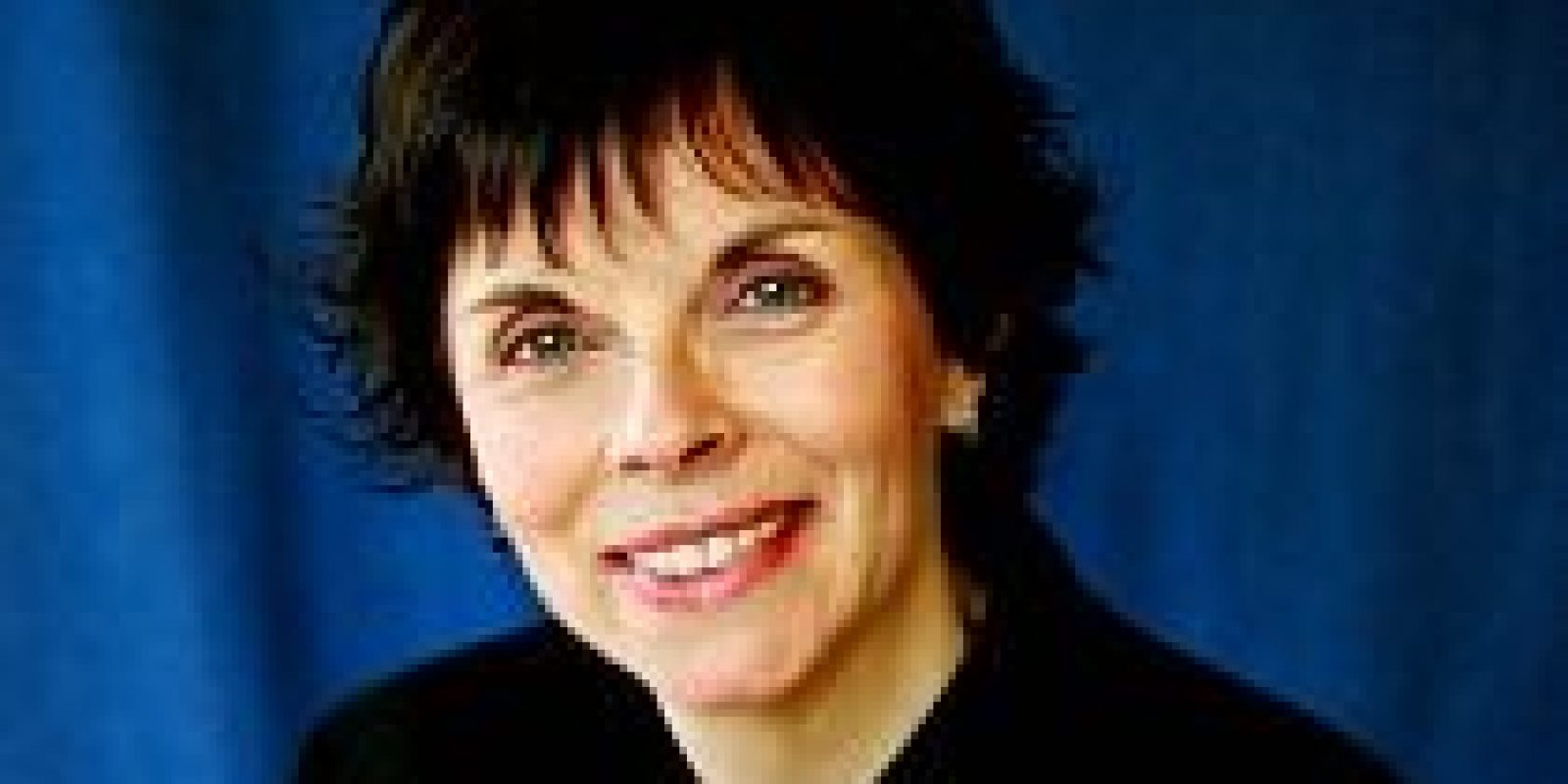 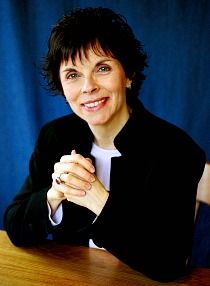 Presenter: Neal Howard
Guest: Dr. Carolyn Dean
Guest Bio: She’s an M.D., an educator and author of more than 30 books, including ‘The Magnesium Miracle’.  Dr. Dean is one of the first to see the coming health issues associated with people not getting their RDA of the nutrient magnesium.

Neal Howard: You’re listening to Health Professional Radio.  I’m your host, Neal Howard.  Our guest is Dr. Carolyn Dean.  She’s an M.D., an educator and author of more than 30 books, including ‘The Magnesium Miracle’.  Dr. Dean is one of the first to see the coming health issues associated with people not getting their RDA of the nutrient magnesium. Hello, Dr. Dean.  How are you today?

Dr. Carolyn Dean: I’m very well.  Thank you very much for this interview.  I appreciate being able to educate people about magnesium.

Neal: It’s great to have you here with us, and I’m sure that your information will be quite enlightening to many people.  First of all, what is magnesium?

Dr. Dean:  Magnesium, it’s a mineral that’s required in the body.  It’s one of the top four minerals, and what it does in the body is it helps muscles to relax.  It helps nerves, neurons in the brain, nerves all over the body, to complete their firing functions.  It helps metabolize protein and carbohydrates and sugars.  It does hundreds, maybe thousands of things.  I used to say that it was necessary for about 325 enzyme processes in the body, and now we’re hearing it’s more like 700 to 800.

So magnesium does everything, from creating energy with our adenosine triphosphate to helping relax the intestines to allow us to have good bowel movement.  So as far as I’m concerned, magnesium is the most important mineral in the body.

Neal: So saying that it is a vital nutrient is almost an understatement, yeah?

Dr. Dean:  Yes, it’s true.  And the focus, in my medical training, we had 200 hours of Biochemistry because our Dean of Medicine was biochemist.  And I was already interested in Nutrition before I went into medical school.  And in our biochemical lectures, we saw the Krebs cycle and all the different glycolysis cycles, everything required a coenzyme of a vitamin or a mineral, and I saw magnesium in every cycle.  So I saw the correlation, but it was not something that I learned about clinically.

Neal:  Now, you mentioned that magnesium is important for muscle function.  With the heart being … well, to me, to my heart is my most important muscle – how does magnesium fit in as far as arrhythmia or things of that nature?

If you don’t have enough magnesium to control that activity, calcium actually will build up in a muscle cell and cause sustained contraction, which ends up being a muscle spasm, which, as you say, is like angina or a heart attack.  The largest muscle in the body is the heart, and the area in the body that has the largest amount of magnesium is the left ventricle.  I’ve seen so many people now being diagnosed with so-called heart failure because their [indecipherable 04:15] is lowered.

So if you just rely on serum magnesium blood tests, they’re always going to look normal.  So I think doctors have avoided using them because they don’t seem to give useful information.  If you look at the normal chem screens, you do not see, in the electrolyte panel, a magnesium value.  You just see the sodium, potassium chloride, and it’s a mistake, because what’s happened to … actually in my experience, recently I received an award from the Heart Rhythm Congress.

Dr. Dean: The award was called ‘The Arrhythmia Alliance Outstanding Medical Contribution to Cardiac Rhythm Management Services Award 2012,’ precisely because it’s being recognised that magnesium is very important in the function of the heart and in heart rhythm.

Dr. Dean: Yes.  In that a person might not even realise they have it.  Some people don’t even feel the rhythm disturbance.  They’ll go for a heart check, an EKG, routine monitoring, oftentimes being medicated and, as I said, if their electrolytes are done, maybe the focus could be on potassium or too much sodium.  But if magnesium isn’t investigated, then the reason for this asymptomatic rhythm disturbance could be lost.

Dr. Dean: The best test, as I wrote about, is the ionized magnesium test, but it’s still only a research test that, of the 5,000 labs in the U.S., there are only about 140 hospital research labs that perform this test.  While waiting for that test to become more universal, I recommend people get magnesium RBC, the red blood cell magnesium test.

That seems to be more accurate that even [indecipherable] is in the range of 4.2 to 6.9.  I tell people to aim for an optimum of 6 to 6.5 because these below-normal levels that we see in the ranges blood testing are actually samples of our “sick population” because, as I write in my book, ‘The Magnesium Miracle,’ one of the references is about the National Academy of Sciences determining that American men obtain about 80 percent of the RDA of magnesium and women average only 70 percent, so we’re not even near the low standard of our RDA.

The RDA is in 3 to 400 milligrams per day.  A hundred years ago, we were getting about 500 milligrams of magnesium in our daily diet, and now we’re lucky to get 200 milligrams.  And people who have stress conditions, people who are taking medications that are fluoridated, the fluoride medications are some of the most commonly used, the Prozac, the statins, the Cipro.  The fluoride in those drugs will bind that magnesium and make it unavailable for body processes.

So there are many ways that people are losing their magnesium, and it’s certainly not being replaced by the diet.

Neal:  Doctors aren’t told or taught about magnesium and how it interacts with some of the other drugs that they may be normally prescribing.

Dr. Dean:  I do not remember a class about the various nutrients.  On an elective, I went from Dalhousie, Nova Scotia down to UCLA to do an elective in Nutrition, and that’s where I started to become more educated about nutrients.  The trend I see now about magnesium actually is to treat it like a drug and to be concerned about taking it if it interacts with other drugs.  Instead of being concerned that the drugs are draining magnesium from the body, there is some concern that if you take magnesium and it interferes with the drug activity, maybe you should stop the magnesium.

So it’s just the focus, of late, has been to look at nutrients as if they’re drugs with side-effects at certain levels.  But this, I think, comes out of the lack of training in medical school to show us the … in our biochemistry, as I said, that every biochemical process requires a co-factor in order to advance it to the next stage, and that co-factor is either a vitamin or a mineral.

Neal: So basically, focus just a little bit more on magnesium and its properties and its effects and some of the symptoms that are related to what we commonly know as those culprits, diseases and conditions are also indications of simple magnesium deficiency.

Dr. Dean: Yes, absolutely. And, you know, if there’s a concern about prescribing, what to do, really, just tell people to take an Epsom salts [indecipherable 10:40].  And once they start feeling better on the [indecipherable 10:40], it just opens up everybody’s mind to the possibility.  And my book has hundreds of journal references to explain what we’ve been talking about.  So you have your substantiation there, and when you look at the conditions there can be caused – even infertility.  And that’s because the fallopian tubes can be in spasm.

Neal: Our guest has been Dr. Carolyn Dean, doctor, author, magnesium expert, medical researcher.  Her book, ‘The Magnesium Miracle’ and her website, nutritionalmagnesium.org.

Dr. Dean: Thank you very much.  I appreciate being able to educate people about magnesium.

Neal: You’ve been listening to Health Professional Radio.  I’m your host Neil Howard.  Transcripts of this program are available at www.healthprofessionalradio.com.au.  We’ll have much more health information for you.  Thank you.