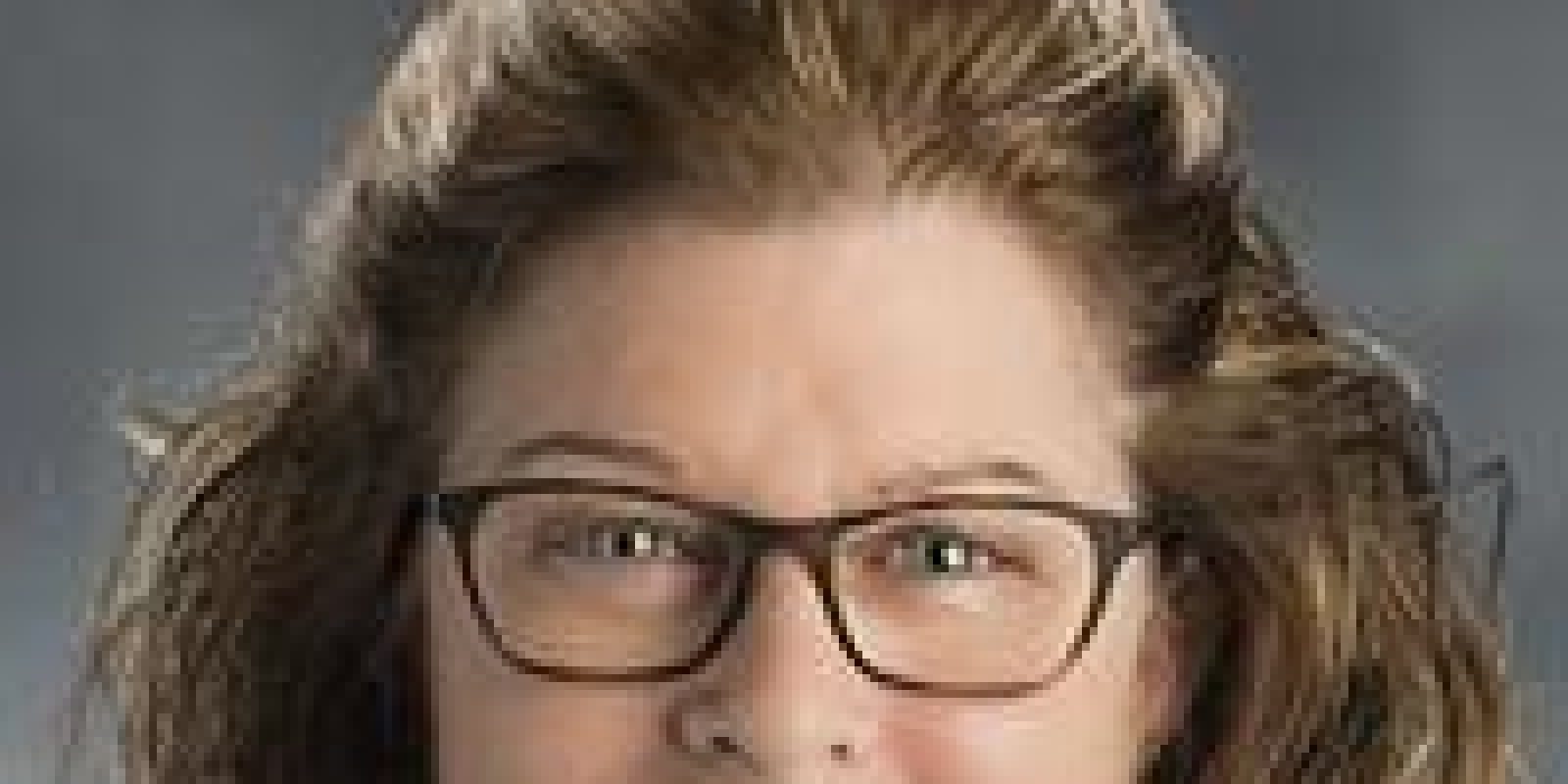 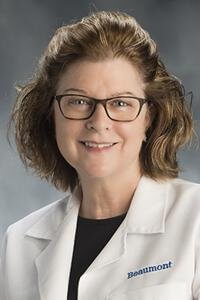 Guests: Dr. Eileen McCormick and Joanna Johnson
Presenter: Neal Howard
Guest Bio: Dr. Eileen McCormick, DO, is the pediatric neuromuscular director at the Beaumont Neuroscience Center in Royal Oak, Michigan. She has been a provider for MDA clinics since 1994. She attended and graduated from the College of Osteopathic Medicine at Des Moines University in 1988 and has over 29 years of diverse experience, including in the treatment of patients with Duchenne muscular dystrophy.

Joanna Johnson lives in Downingtown, Pennsylvania with her husband Paul and two sons Elliot (13) and Henry (10). Elliot and Henry were diagnosed with Duchenne muscular dystrophy, a rare and devastating degenerative disease, in 2007. Joanna works full time as a high school Spanish teacher at Unionville High School.

Neal Howard: Welcome to the program, I’m your host Neal Howard here on Health Professional Radio. Thank you so much for joining us today. If you’re waiting for a lifesaving treatment, you can be painfully slow especially if you have someone that you loved has a rare condition. So what happens when federal drug regulators won’t review data for treatment that you were waiting for? Our guest today, Dr. Eileen MrCormick, Pediatric Neuromuscular Director at the Beaumont Neuroscience Center at Royal Oak, Michigan. And with her Joanna Johnson, she lives in Downingtown, Pennsylvania with her husband Paul and two sons Elliot and Henry. We’re here to talk about a rare form of muscular dystrophy. Welcome to the program ladies.

Dr. Eileen McCormick: Thank you for having us Neal.

N: Thank you. Dr. McCormick, have you always been involved with muscular dystrophy? Is this something that you’ve been interested in as long as you’ve been a medical practitioner?

M: That’s true. I was a nurse before and I became very involved early on with this profession. It’s very fulfilling for me for personal and as a professional.

M: Yes. There’s so many (crosstalk). But muscular dystrophy in general affects our muscles, muscles in the arms, legs, also potentially the heart, and lungs, and they we sub categorize them based on traumatic type of pain, based on the presentation of the patient, are they presenting early on wise? Adolescence, later in life for example. To show me the population within muscular dystrophy. So Duchenne Muscular Dystrophy is also known as, “DMD”. And it primarily affects little boys early in life. It can manifest early as delayed walking … a tip-toe walker, and also it can rapidly progress thereafter.

J: We did notice with my older son some growth motor delays. He was delayed … in walking, he was delayed in rolling over, those kinds of things. And we went to our pediatrician and a lot of times what they’ll tell you is, “Well kids develop at different rates, so don’t worry about it”. And then finally it got to the point where they seem to be more pronounced and then they let see a specialist and I’ve never heard of the disease before.

N: Are there treatments readily available for this type of muscular dystrophy?

J: There are certain things, there are certain interventions that you can take. But they’re very few treatments that are available to treat the underlying cause of the disease.

N: So if there are very few treatments, I guess it affects about 200,000 people or maybe a little bit more, a little bit less to be considered a rare disease?

N: So, what about federal drug regulators? What’s going on with them to prevent folks from getting drugs that they need?

J: So the challenges that we are facing based with rare disease population that obviously, it’s much smaller population. And that makes it some more challenging to prove drug efficacy. We don’t have the luxury of a large trial for like for example, a cholesterol drug, or a hypertension drug. So that kind of the battle that we’re up against is that there this a smaller patient population and it’s harder to show efficacy even though there are real benefits that I’m seeing in my sons.

N: These benefits, are they coming from a specific type of drug or treatment? Or are they’re a variety that are being tested to see which one performs better or offers the most relief?

M: Well it’s depends on their genetic mutation. There is a defined genetic mutation that currently there is a drug study or available drug for treatment, then we would be able to offer it. With Joanna’s boys, they have a nonsense mutation. And … prior that the incidence of Duchenne in the USA is only 15,000. And with the specific targeted nonsense mutation, there are approximately 1,000 – 2,000 boys. So we’re talking a very small subpopulation within the Duchenne population for targeted therapy.

J: And the therapy, the drug trials that my sons are able to be involved in, they target the nonsense mutation that are called … and it is produced by PTC Therapeutics who are here with us today. And again, my oldest son has been involved with the trial since he 8 years old, my younger son is almost 2 years, and some of the benefits that we’re seeing is that they’re still walking and most boys with Duchenne between the ages of 9 and 11 lose the ability to walk. Also, they haven’t lost any upper body strength. They still enjoy playing the drums and these are real meaningful things in their lives that sometimes don’t translate into a drug study and there are clinical trials even though the information will go in front of the FDA. So while I’m here today, let’s talk about hopefully the FDA would open the application and talk to the patients about the real benefits that we’re seeing. This is slowing down disease progression without a doubt.

N: Is there any current legislation that can help especially your family Joanna?

J: So there are two things … is one of the laws and also the 21st century cures. And what they are looking to do is, again require the FDA to listen to the patient’s voice, listen to patient’s reported outcome when they are reviewing drug trial results.

N: Is there any place that people can go online to get some more information or to look deeper into some symptoms that they might be experiencing with their kids?

J: Sure. There’s an organization called, ‘Parent Project Muscular Dystrophy’ and their website is parentprojectmd.org. And there, you can find information about the disease and what’s going on as far as clinical trials in the FDA.

N: What type of feedback are you getting from some of the parents who are learning more about how rare the disease that their kids have? And when they find out more information and some of the obstacles, as well as some of the options?

M: Well I think it’s a provision. I can tell you that they’re very much interested in drug trials for their son. And unfortunately, drug trials is not available for all. And so those boys with other mutations are not going to receive it right now and these families are devastated. They’re truly devastated because these boys will follow the natural course of the disease. For those other patients like Joanna’s boys, it’s clear that they do benefit from that.

N: And the natural progression of the disease you say, it affects sometimes the lungs, any muscle in the body can be affected right?

N: Okay. So the lungs, the heart. So the natural progression if treatment is not approved, is basically death?

M: It is. It’s a fatal disorder with death in the late teens up to 30 years of the age.

N: Joanna, from a mental standpoint, what can we do in order to get the word out there much more than it seems to be getting out there now? And maybe get some help and some more approvals down the line?

J: Again, I’m here to raise my voice and hopefully, people be inspired to hear my story. Some of the things that people can do, it goes to their congressman or their senators in problem that they are concerned about rare disease, and lack of treatments, and that the FDA needs to speed up the process to get treatments to these patients after.

N: Well I thank both of you for coming in today and talking with us about this.

J: Thank you very much Neal.

M: Thank you Neal for the opportunity.

N: You’ve been listening to Health Professional Radio, I’m your host Neal Howard with Dr. Eileen McCormick and Joanna Johnson, talking about Duchenne muscular dystrophy. Transcripts and audio of this program are available at healthprofessionalradio.com.au and also at hpr.fm. You can subscribe to this podcast on iTunes, listen in and download as SoundCloud.