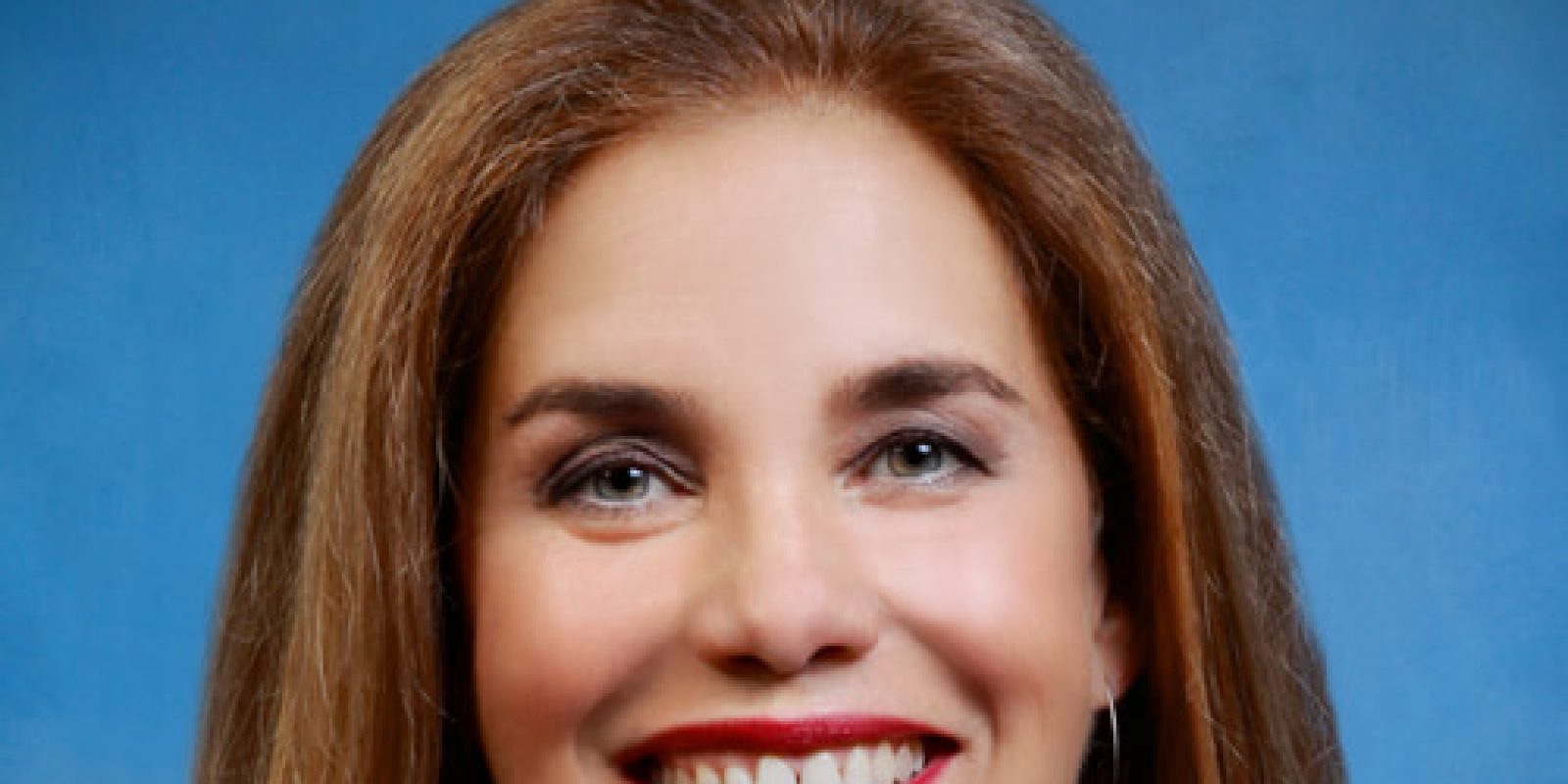 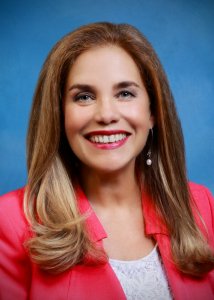 Guest: Dr. Hilary Baldwin
Presenter: Neal Howard
Guest Bio: Dr. Baldwin, the Medical Director of the ATRC, is a board certified dermatologist with nearly 25 years of experience. Her area of expertise and interest are acne, rosacea and keloid scars. Dr. Baldwin received her BA and MA in biology from Boston University. She became a research assistant at Harvard University before attending Boston University School of Medicine.

Neal Howard: Hello and welcome to Health Professional Radio. I’m your host Neal Howard, glad that you could join us on the program today. Our guest is a returning guest, Dr. Hilary Baldwin, Medical Director of the Atlantic Health Systems Acne Treatment and Research Center and she’s returned to talk with us about some of the benefits of the different acne treatments that are available today. Welcome to Health Professional Radio, Doctor.

Dr. Hilary Baldwin: Thank you very much for having me.

N: Thanks for returning. We touched in other segments a little bit on some of the treatment for acne. You’re a board certified Dermatologist, you’ve got lots of years of experiences, nearly 25 years of experience ( crosstalk ), well it’s a good problem to have. You’re helping a lot of folks especially during a Healthy Skin Month, is this the first Healthy Skin Month that you’ve been involved with? Or is this something that happens every year and has been going on for a while?

B: It happens every year and we’ve been looking into all sorts of issues related to skin health including acne, being the most common condition that presents to Dermatologists for sure.

N: As a Dermatologist, have you had any personal experience with acne or is this just something that you’ve seen other folks dealing with them decided to lend a hand?

B: I was a sufferer in my day and mine extended out quite far into my early 20’s, and my family were sufferers as well. So this is a subject that’s near and dear to my heart.

N: You got to get acne just like you got to get a hair in your arms, is that a fact or a certain people prone to have acne while others never get it?

B: Well it is certainly it’s a fact. The question is what you define acne as? Everybody is going to get a pimple or two here or there and other people are going to have a significant amount and some unfortunate folks are going to have an awful lot of acne with its resulting psychological overlay and the potential for forming psychological or physical scars that last a lifetime. It’s certainly the last two populations that we’re particularly concerned with.

N: The psychological aspect of having I guess severe acne, if you say everybody’s going to get a pimple from time to time now then. But when we’re talking about acne that is severe enough to cause embarrassment or pain or frequent visits to a Dermatologist, when do you go to the Doctor and say “Hey, this is not simply just a couple of pimples here and there?”

B: Right, and I think the overarching feature that you’ve just mentioned is that, “How severe acne is in the eyes of the possessor. So if someone is a remarkably affected by, however much acne they have on their face, the time has come to seek treatment. And over the counterproducts can only go so far, some of them are affected for the mildest of the cases of acne. But if you’re using an over the counter product for to two to four weeks and you’re not seeing any improvement, it’s prudent to that point to make an appointment with your Dermatologist to get on some stronger medication to avoid the humiliation, the depression the social withdrawal that we see in our teenagers especially with acne.

N: Does it have anything to do with how clean a person keeps their face?

B: No, thank you for asking. The dirt on the surface of your skin really has nothing to do with the contents of the follicle or the pore, that’s under the surface of the skin. So, yes you need to wash your face to get rid of dirt, but it’s not going to treat your acne unless of course the soap that you’re using has a medicine in it, that’s a different totally entirely.

N: And that would be I guess an allergic reaction as opposed to just something that going to happen physiologically to just about everybody, right?

B: Yes, well I wouldn’t call it allergic but yes everybody can get. The soap is going to clean you, that’s all going it’s to do. It’s not going to make it your acne better.

N: What are the some of the treatments for acne?

B: Well, the easiest way to talk about them is to separate them in three groups. We have our topical cream and lotions … we have oral medication, and then we have physical modalities like laser and light. Like actually manually removing blackheads and injecting inflammatory pimples with red pimples with solutions that reduce the inflammation. So laser and light and physical modalities is easiest to talk about first. These are techniques that are frequently not covered by Insurance, but can be highly effective in both treating acne as well as sequelae, the dark marks and the red marks that appear after acne. Manually extracting pimples is often very helpful early in the treatment phase because you look better right away. And when patients look better right away, they tend to use their medication significantly, right? And then we have our oral medications, and there’s really only three types: we have Antibiotics, we have anti-androgens like birth control pills, and spironolactone and then we have the most potent of our oral medication which is isotretinoin or more commonly referred to by patients such as Accutane – a brand name which no longer exist actually in the United States. These medications certainly are saved generally for more significant acne, for acne that fails to respond to a simpler topical applications and to acne which is all over the place – chest, in back, in arms and in face – where putting on a cream no longer seems like a reasonable thing to ask somebody to do. And often they are also kept for people who are either psychologically or physiologically scarring from their acne. So then for the topicals, we the group of medication referred as topical retinoids which unclog the pores so they help to bust the comedones that you already have the blackheads but it also helps to prevent them in the future. We have benzoyl peroxide which kills the bacterium that’s responsible for the formation of acne. Clindamycin, an anti-virus that does the same thing. And the topical dapsone which is an anti-inflammatory drug. And we, Dermatologists often use them in combination feeling that there synergistic when they’re used together and they’re more effective. In fact, a little factoid the average Dermatologist writes 2.5 – 3 prescriptions per acne patients who walks through the door. So we’re great believers in the combination therapy. But combination therapy makes life a little difficult for the patient and don’t forget we’re talking about teenagers. Their impulse control is not always the best, nor their recognition that today’s efforts produces tomorrows responds so they’re notoriously bad at compliance, and 2.5 – 3 or simply too many drugs for them to be using on a daily basis. So we often look at combination creams where there’s more than one drug within a tube, so that they only have to open one tube a day. And that’s sort of our goal, so we’re looking at things like for example Epidou or Epidou forte that contains both a topical retinoid and Benzoyl peroxide.

N: Talking about teenagers, what do you say to the teenagers and to the parents of the teenagers or to other Health Care Professionals when they’re dealing with teenagers about the kids that want to go in a bathroom between classes and pop each other’s zits?

B: That’s so true. My daughter is fifteen (15) now ad I can tell you that is really true. We tell them not to pop clearly. When you pop a pimple yourself with your fingers, you’re squeezing side to side and what you really want to be doing is squeezing down so that the contents of the pore comes up through the surface. And that’s not something that an individual can do to him or herself. So if you’re to the point of wanting to get popped, you need to see your dermatologist or frankly a good aesthetician does a wonderful job in extracting blackheads. In a way that say doesn’t end up turning a blackhead into a red puss filled pimple, or turning it into a scar or mark that’s going to last far longer than if you had just let it go away on its own.

N: Where can our listeners go and get information about dealing with some of the psychological aspects of acne specifically? Is it possible that the ATRC could assist in that effort?

B: We certainly could, there’s also some excellent websites. The one I like the best is called theclearskinproject.com. It’s a non-commercialized website that doesn’t promote specific products and provides a situation where you can have communication with fellow sufferers as well as an “ask the expert section.”

N: Well it’s been a pleasure talking with you today, Doctor.

N: Thank you. You’ve been listening to Health Professional Radio with Dr. Hilary Baldwin, Medical Director of the Acne Treatment and Research Center in Moorestown New Jersey. She’s been with us talking about some of the benefits of the different types of acne treatments that are available today. Transcript and audio of his program available at healthprofessionalradio.com.au and also @hpr.fm. You can also subscribe to this podcast on Itunes.