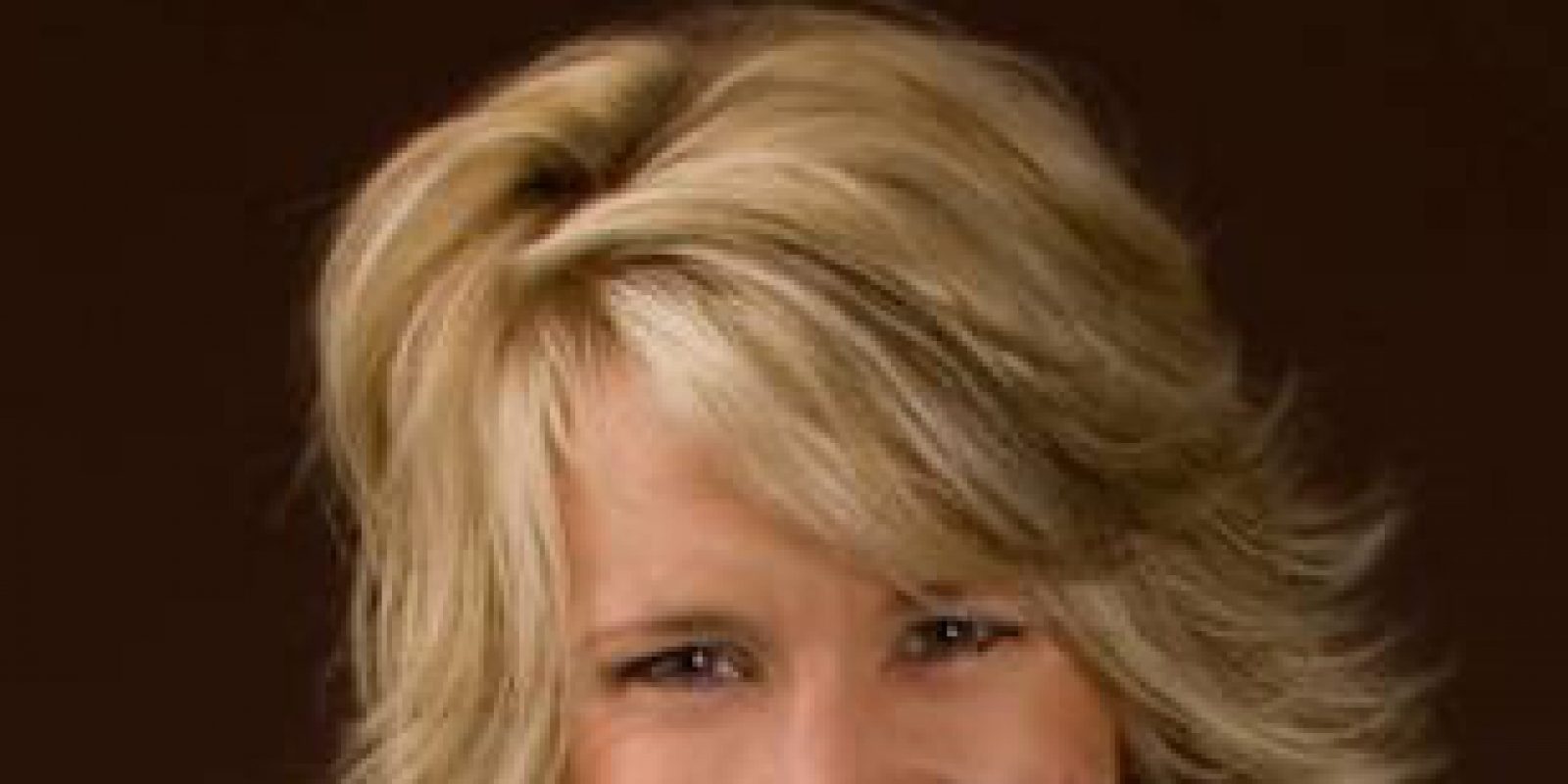 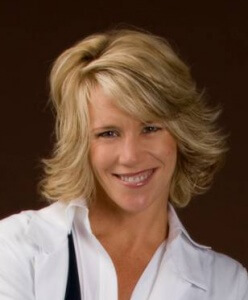 Neal Howard: Hello and welcome to Health Professional Radio. I’m your host Neal Howard, glad that you could join us today. Our guest is a nationally recognized and licensed doctor, Educator and Natural Products Consultant. She’s made many appearances on Dr. Oz Show and others and now she’s here today with us here on Health Professional Radio to talk about one of her books, ‘Creating and Maintaining Balance: A Woman’s Guide to Safe, Natural Hormone Health.’ Good afternoon Dr. Holly Lucille, affectionally known as Dr. Holly.

Holly Lucille: Oh yeah, Neal thank you so much.

N: So you’re an Author and you’re also one of the leading nationally recognized leading authorities in the field of Naturopathic Medicine. Talk about how you got into this and why it’s important that a lot of us get on board and start listening to what’s being said?

L: Yeah, I do have a philosophy that we are all in this together. I’ve got esteemed colleagues that are out there fighting a good fight but I think when I look around what’s really important to understand about other systems of medicine besides Neal our conventional western reduction instinct based medicine school of thought which I do believe has a place, everything has a place. There’s value in all systems of medicine but when you look around at the facts that are chronic health issues continues to be on the rise and the projections for things like diabetes and chronic pain and obesity and cancer and heart disease by 2050 you can’t even imagine and I just have to scratch my head and wonder why. I mean if you watch TV at all, you’ve got direct consumer-commercials coming in every day about the new drugs that’s out, right? But I don’t think that that approach actually is doing us much good and I think that when we look at things in a more comprehensive way. So identifying and treating the cause and treating the whole person and really respecting the first do harm principle in that. There are so many things that we can do before drugs and surgery that our lifestyle, our diet, profound evidence-based medicine and those things and I believe that people can get well and stay well in a much thorough fashion. And so it was because my parents were both Pharmacists and so I was like, they were always “Here take this. Here take this”. (Cross Talk) Yeah, so I always knew that there was something different, and like I said I think there’s value in all systems of medicine, I think there’s great practitioners across the board in many different schools of thought but for our chronic sort of modern day influence things like fatigue and hormonal imbalances and such, I believe we just need to step back, scratch our heads and take a deeper look and really think things through.

N: And one of the most diverse of populations, are you finding that your ideas more readily accepted, maybe there’s some friction between you and some of the conventional practitioners?

L: It’s such an interesting question, I’ve got it before but I tell you because I’ve had the opportunity to lecture across the United States in many different markets let’s say I guess that word market-areas.

L: But I have to tell you it is the middle part of these secondary, I think markets that people would say, not the D.C.s, the New York, it is the middle part of our nation that actually I think has time and they come and they’re educated and they have great questions and they get it and so it’s not necessarily that way. I think a lot of times in the city like mine, people come to me by default because whatever else they’re doing isn’t working but they’re going in too fast and really at the grind way too hard to really be paying attention. It’s the middle people, it’s the people in the middle that are getting it, they really are. I mean that’s my experience.

N: Now Dr. Holly you are an Author in addition to being an Educator and a Lecturer. Your book Creating and Maintaining Balance: A Woman’s Guide to Safe Natural Hormone Health, we hear a lot about hormone therapy, the pros, the cons, do, don’t. Talk about hormone health for women specifically and then for all of us as it relates to natural hormone health.

L: Yeah, it was interesting. This book was written, I think in 2004, it was published in, if I go back and read it even though of course we grow and I have other things to say and it probably should be updated, it still makes a lot of sense because one of the reasons that I wrote it was that I noticed that people were using hormone replacement therapy all the time. It was reaching celebrity status quite honestly and I thought, well in normal menopause there’s nothing to replace, we should think about restoring function first. We should think about the influences on our endocrine system in our modern day and why women in this natural and normal hormonal transition are having such a hard time and so it really was about that. It was encouraging people to first look at our environment, look at the way we’ve been nourishing ourselves, definitely look at our stressors because the built in back up system for pre and post-menopausal hormone production is our adrenal glands and those are also our big stress glands, just to be kind of simple here in my description. Obviously, so that’s what I wanted to do, I wanted to talk about restoring function first. I do think like I said hormone therapies actually are a very viable method and certainly can be used but I think you need to delve into details when it comes to our hormone system and I really think that you really need big system approach and people, practitioners can’t just be giving hormones at super physiological doses because… you touch one strand and the whole web trembles. There is such an interconnected system there that is one of the most I think complicated, the…in the details and you just have to have a big picture mentality.

N: Now as a Lecturer and you’re talking to lots and lots of people about, you’re an expert in the field of integrative medicine, we’re talking about the combining of…

L: There is traditional naturopathy and then we have gone on to use to have more credential schools as far as been trained in the biomedical sciences and literally having a license to practice primary care medicine, so naturopathic medicine, naturopathic medical doctors would be the title there.

N: Okay. You’ve been doing this for quite some time. You’re an expert in the field, you see the lights go on in people’s eyes when you’re talking to them. What is it in your experience the one idea, the one point that you get across that kind of drives your point home and you see that “Aha!” moment and they say “Okay, she’s got a point”? What’s the one thing that you normally throw out there?

L: Well it’s a great question because that experience is very valuable to me because it does happen. It’s kind of like me asking somebody “How many people think eggs are dairy?” without thinking there…these are really well-educated folks that I’m talking to and half of the room their arms go up, we all know that eggs if you think about it or not dairy but we think that because of messaging we got from a long time ago. I’m not gonna go into that but when people go “Why just I think eggs are dairy?” that’s exactly the “Aha!” that I want, it’s like in corns not a vegetable, right corns are grain, I want that “Aha!” I want that education, I wanna facilitate understanding. There’s a lot of information out there Neal now more than ever about being well, about health, there’s talking heads but we still aren’t doing that great and so I want to put the dots really close together, have people connect them, own their own health and really be in charge of facilitating understanding, so they get it and I really think that when I take some moment to make the connections for my patients and their lifestyle and their life and what they’re doing and the story that I just heard and I have good clinical acumen, they start to get it and they start to understand that they need to be part of the process. It’s not just to “Here take this fix” and that’s when we start really getting ready to rock and roll.

N: Great. You’ve been listening to Health Professional Radio, I’m your host Neal Howard and we’ve been in studio with Dr. Holly Lucille also known as Dr. Holly, nationally recognized and licensed Naturopathic Doctor, Educator, Natural Products Consultant and the Author of Creating and Maintaining Balance: A Woman’s Guide to Safe, Natural Hormone Health and we’ve been here talking about her book and some of the ways that natural hormone therapy among other natural remedies sometimes far outweigh but often are better when they’re integrated with some of our traditional methods. It’s been great having you here with us this afternoon Dr. Holly.