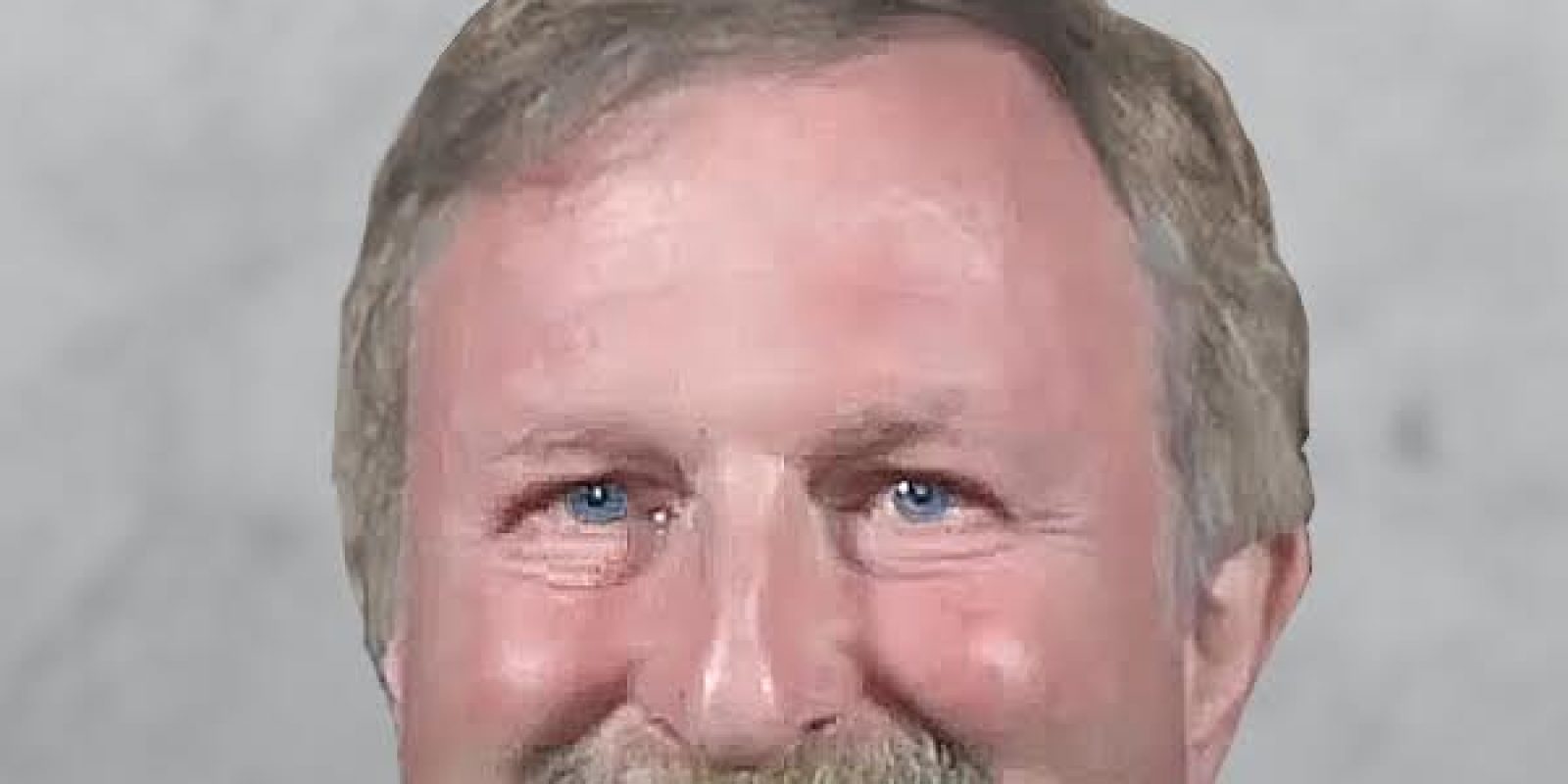 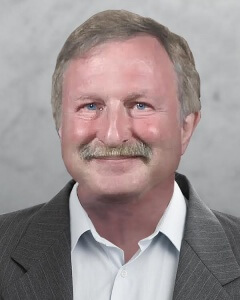 Segment overview: Dr. Jacob Teitelbaum discusses a study by researchers at the University of Bristol (UK) that sheds light on the prevalence of Chronic Fatigue Syndrome (CFS) in children and teens.

Neal Howard: Hello and welcome to Health Professional Radio. I’m your host Neal Howard, thank you so much for joining us today. A new study by researchers at the University of Bristol shed some light on the prevalence of Chronic Fatigue Syndrome or CFS in children and teens. Now findings from the study the largest to date of children in CFS conclude that CFS is a common diagnosis for children and teens with 2% of 16 year olds having CFS lasting more than 6 months. Our guest in studio today is an expert in CFS and in Fibromyalgia, Dr. Jacob Teitelbaum. He’s here with us Director of the Practitioners Alliance Network, one of the most frequently quoted integrative medical authorities in the worlds and he’s also the Author of the bestselling, From Fatigued to Fantastic, Pain free 1-2-3, the Beat Sugar Addiction Now and more and he’s here with us today to discuss the CFS in children and teens. Good afternoon Dr. Teitelbaum, welcome back to Health Professional Radio.

Dr. Jacob Teitelbaum: Yeah, it’s great to be with you again and today we’re gonna teach people how to treat what really is a crippling and heartbreaking condition and how to treat it respectively, as well as how we recognize it.

N: When we talk about Chronic Fatigue Syndrome, normally we don’t think of our kids or our teens having chronic fatigue syndrome. I mean all they have to do is basically go to school and be a kid, it’s usually us adults who are out here in the world and trying to make a living that suffer from chronic fatigue syndrome just in what I’ve heard. Shed some light on this new University of Bristol study.

T: In the study they looked at over 57 hundred children and they found that about 2% of them have classic chronic fatigue syndrome. Now that can be in the overt meeting the criteria of format. If you look at it even more probably in the order of 4% have it on a moderate form and these…6 months and when they looked at it, it’s 3% of the children had an ongoing for 3 months at that time. It’s a very, very common problem and unfortunately it’s often blown off as being, the child being lazy or … or growing pains or any of the host of other things so most often we just say they’re depressed.

N: You say as often blown off as a child being lazy or uninterested. What has been the changing mindset, what happened?

T: Well now there have been literally hundreds of studies showing that this condition is very, very different than depression. For example in depression you tend to have an elevated cortisol that’s non-suppressible in this illness you have hypothalamic… access dysfunction and the cortisol, although normal can be on the low side. If you look at the immune changes, they’re literally dozens of things and the simplest way to distinguish if you want to tell if the child is depressed versus ill, as the child…there are things fit like to be doing after the child goes “no” they’re probably depressed but if they say I feel sick, there’s a hundred of things I want to do and I don’t have the energy and I’m too sick to do it, that child is not depressed, they’re ill and they need to be treated for their illness.

N: Now when you’re talking about treating the illness, how different is the treatment for CFS as opposed to depression?

T: Well totally (laughs)…in depression we give anti-depressants…neurotransmitters directly and hope for improvement. In this illness, what they have is an energy crisis at a cellular level. The body is spending more energy than it’s able to make and it’s essentially triggers a circuit breaker called the hypothalamus just like, if you broke fuse in the home if you have too many electrical things plugged in. So the treatment is to restore energy production with what we call the S.H.I.N.E. protocol. That means optimizing sleep, that the S in S.H.I.N.E. because the hypothalamus, our circuit breaker that goes offline Neal and it is sleep center and when you have that not working you can’t get a good night sleep no matter how much time you spend in bed and if you ask these kids, “Can you get a good night sleep?” they say “No, I have horrible insomnia”, same as in adults. So you’ve got to treat the sleep, regular sleeping pills will usually make the problem worst especially those with Diazepam ones because they force people into… asleep but … information of…position, there’s actually there are treatment tools we can send – questionnaires, treatment checklist and the rest but we go through the which medications and which natural remedies are really more likely to help people get good solid sleep. So optimizing sleep, that’s step one.

N: Now this study conducted at the University of Bristol in the United Kingdom, is there a difference in how CFS is viewed in Europe as in your experience as opposed to here in the United States? Why was the study done in the UK or is just one of the many studies that have been done around the world?

T: Sadly it’s similar to, if you go back about 150 years ago, Multiple Sclerosis is become multiple hysterical paralysis, rheumatoid arthritis, lupus were considered illnesses of neurotic women basically and then they changed. Although God bless England they are still, UK tends to be in the middle ages when it comes to treating CFS. They treat it like a psychological disorder in those…and some of the researchers are…it’s not that they try to make sure that people kept getting treatment and there’s been a pushback to really getting awareness of this illness. It’s sad, one mother actually had a child taken from her and the child in an insane asylum.

N: Are there any other, you talked about asking a kid if they had any interest and based on their answers determining whether they have CFS or whether or not they were depressed. Are there any other indicators, say missed school or things of that nature that would indicate that a child has CFS as opposed to depression because we hear about depression constantly. CFS is something that we don’t hear about so much and might not readily consider it.

T: Oh sometimes Neal we have that saying well anecdotes surrounding this …crazy to patients, that’s truly a nasty thing to do. But we do it and we’ve all been guilty of that sometimes but the funny thing is that even though there are a number of inventories of that because…upon many others for as such in depression, studies have shown that as effective as all of the fancy indicators this is just simply ask the person, ask the child “Are you depressed?” and if they say no they usually not but when they say yes, they are. They are remarkably honest about these kind of things and then like I say if you’re not certain just ask if you have many interests but they can look at the cortisol levels, they can look at all the things but simply that question, has been shown to really separate out depression from illness.

N: Now as we wrap up, what in your opinion would be the reason that the pediatric field of all fields wouldn’t be more inclined to do the research and find out what’s wrong with our kids being pediatricians? Why is it across the board as far as specialties go when it comes to kids who are viewed as being lazy or uninterested?

T: The thing is Neal in medicine we love to have a test that could distinguish what’s going on and there’s no lack of test that are abnormal in this illness but there is no test that is only abnormal in this illness. So diabetes, if the blood sugar is up you got diabetes period. And because of that it makes it hard to do the research because it’s hard to have the objective measures only for this illness but what I will note for those treating this condition, two things: one, we have a tool called, it’s a free energy analysis program, people can find that at www.endfatigue.com, the child, the parents can go ahead and take some quizzes, fill in their lab tests, little assessment to determine how to optimize your energy basically, what the underlying things are that need to be addressed but for children what’s critical is to look through POTS or orthostatic intolerance, Postural Orthostatic Tachycardia Syndrome, these seems are very treatable, we’re happy to send out and we have Q and A in our website at endfatigue.com and we’re happy to send Mayo Clinic drive questionnaire but it’s really is just a screening test for orthostatic intolerance, other problems as well are more common in kids than in adults. When you treat these, the kids get well and we treated many family, well thousands of adults and children of these illnesses, these are very treatable diseases the problem is lack of physician awareness on how to effectively treat these problems.

N: You’ve been listening to Health Professional Radio, I’m your host Neal Howard. We’ve been in studio today talking with Dr. Jacob Teitelbaum, Director of the Practioners Alliance Network and one of the most frequently quoted integrative authorities in the world. He’s also the author of the bestselling From Fatigued to Fantastic, Pain Free 1-2-3 and the Beat Sugar Addiction Now series. Also, the popular free smartphone app, Cures A-Z and we’ve been in studio discussing Chronic Fatigue Syndrome in children and teens and some of the treatments also some of the ways that the misdiagnosis of CFS in teens and adults occurs. It’s been a pleasure talking with you Dr. Teitelbaum.

T: Neal, always a pleasure to be on with you.