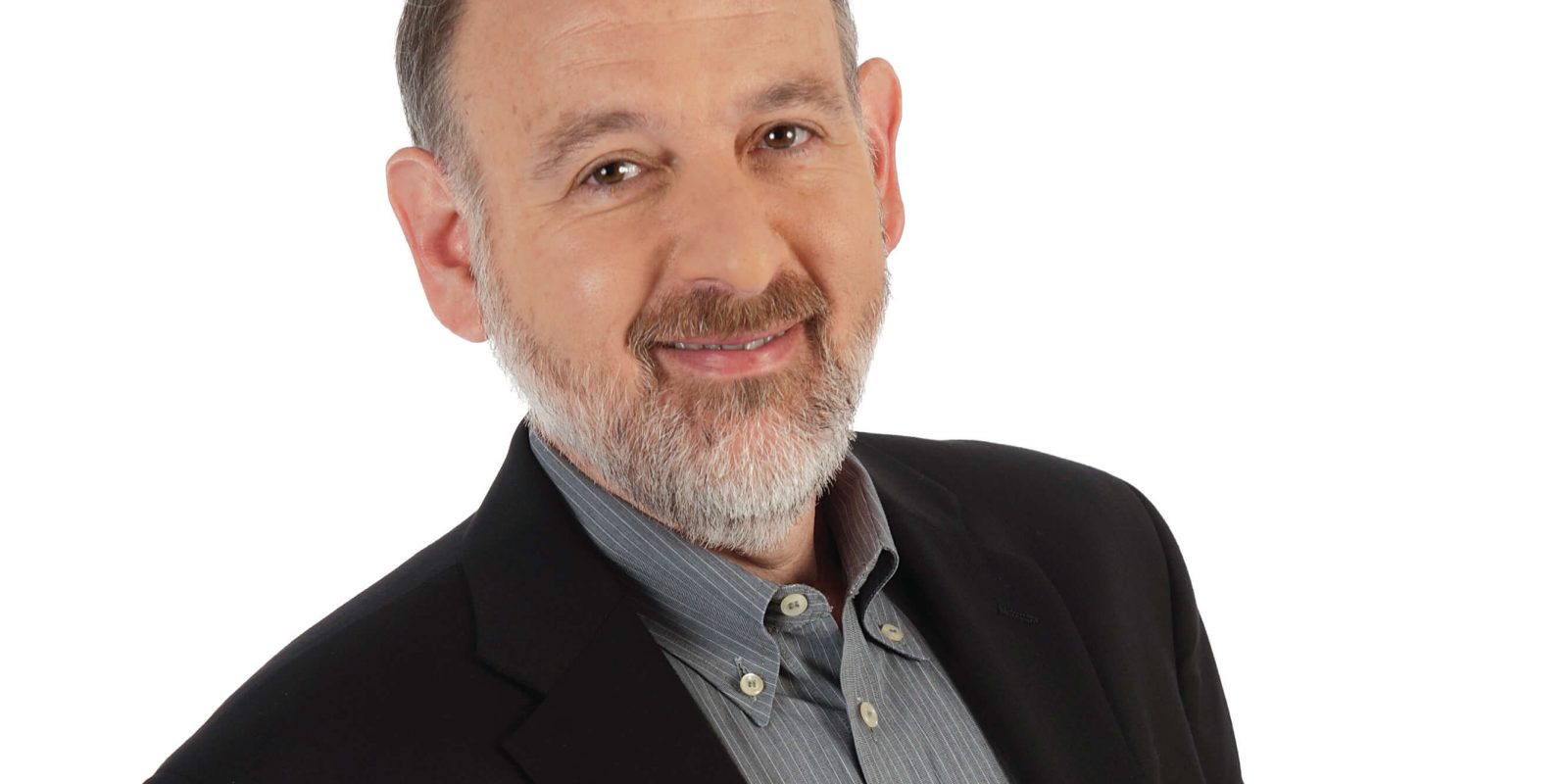 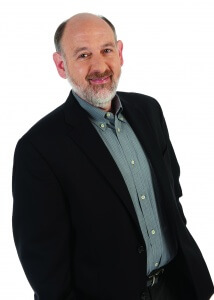 Guest: Dr. James Greenblatt
Presenter: Neal Howard
Guest Bio: James M. Greenblatt, MD, is a pioneer in the field of integrative medicine and one of the founders of Integrative Medicine for Mental Health (IMMH). He currently serves as the chief medical officer and vice president of medical services at Walden Behavioral Care in Waltham, Massachusetts. Dr. Greenblatt is also an assistant clinical professor in the Department of Psychiatry at Tufts University School of Medicine in Boston.

Neal Howard: Welcome to Health Professional Radio, I’m your host Neal Howard. Thank you so much for joining us on the program today. Recently the Center for Disease Control announced a study that the results showed an increase by 24% over the past 15 years in suicides. The most dramatic increase was seen among girls aged, now get this, age 10 to 14. Now since 1999 the suicide rate for this particular group has exploded by more than 200%. Our guest in studio today is Dr. James Greenblatt, a Boston based Psychiatrist and Pioneer in Integrative Medicine and he says that the factors contributing to this disturbing trend among girls include malnutrition, antidepressant use and higher rates of depression. He’s here to talk about his brand new book, Breakthrough Depression Solution: Mastering Your Mood with Nutrition, Diet and Supplementation. Good afternoon Dr. Greenblatt, welcome to the program.

Dr. James Greenblatt: Thanks very much, I’m glad we’re here to talk about such an important issue.

G: It’s frightening statistics but it’s really powerful and I do think there’s a combination of factors that we do understand and we need to make sure that parents and professionals are aware of. The 25% increase overall was dramatic and it’s not just in this country, it’s globally and the statistics a 1 suicide every 40 seconds globally. So very frightening thought but this increase in 10 to 14 year old girls, when I was in training, in psychiatry 25 years ago as a child psychiatrist, we would say that under 15 year old kids aren’t capable of making that decision to kill themselves and now we’re seeing it all the time and I think it’s a combination of factors, you mentioned the antidepressants, the medicines that we’re using to treat depression actually have a what you call the black box warning, the FDA is telling physicians that it can cause increase in suicidal ideation and then what this book was written about is a malnutrition and how a malnourished brain can contribute to suicidal thoughts and then the kind of what we call the gasoline on the fire is the social media. The access to these very powerful support groups for suicide is very powerful, bullying, cyber bullying all contributing to this suicide rates increasing.

N: I was under the impression that depression is disorder of the brain, now you’re telling me that the brain is being affected by what’s going on as far as we’re eating? Is eating causing depression? What’s happening there, I thought that the brain was the culprit?

G: Well I think we can say the brain which control our thoughts, feelings and behaviors but if the brain is not nourished and I’ve seen this working in the field of eating disorders for 20 years and these malnourished girls, young girls we’re seeing as young as 8 but often between 10 and 15. Let’s say restrict their food intake, we’ve known for many years that patient’s with anorexia nervosa have the highest risk of suicide of any psychiatric illness and that is due to many factors but one of the things I firmly believe it is due to the kind of this malnourished brain. The research is most clear on the fat content, the essential fatty acids, the EPA and DHA found in fish oil is directly associated with increased suicidal attempts and behavior and we’ve seen this in our anorexic patients and it’s also been studied in our veterans where suicide is a major problem.

G: Well I mean the sad news is there are a research in antidepressants which work was kept quiet for many years by a pharmaceutical company, it demonstrated that the response to our medications are barely around 50%, for severe depression it can kind of inch up to perhaps 60% or more but around 50% and our response rate to placebo meaning a sugar pill if you will is almost as much as 40% in depression. So our medicines have not been as effective as we would have liked. We don’t have good research on the effectiveness of nutrition by itself but in my practice over 25 years now, I share with patients and families that if I can use both medicine and nutrition, I believe we have a much, much higher probability of not doing the trial and error guess work on medications but really treating a depression.

N: You’ve developed a specific treatment plan to deal with depression. Talk about this treatment plan, is it mentioned in your book?

G: Yes, part of how I try to help patients and other professionals kind of understand the, well somewhat complicated way of looking at nutrition and depression, it’s pneumonic code the ZEEBRA approach and I chose the pneumonic ZEEBRA or the metaphor ZEEBRA because every zebra has a different stripe pattern and I think that’s really powerful image when we think about seeing depression as we’ve discussed depression’s not a Prozac deficiency and everyone’s different. So the zebra stripe patterns being unique is that we need to look carefully and then the pneumonic just kind of lift the kinds of things you need to look at. So The ZEEBRA approach we go thru things like sleep and “H” is for hormones, “E” is for excluding foods, checking for celiac disease, “Z” is for zinc and other minerals then two more Es for exercise and essential fatty acids then the B vitamin and then restoring the gut and then amino acids. So we go through systematically each of the kind of major nutritional metabolic influences that might affect depression.

N: Does this treatment work more effectively in younger people than in older people or does it depend on the level of depression that you’re diagnosed with?

G: No I think all ages, I mean with the last section of the book I emphasized the importance of utilizing this approach in both our elderly and our adolescents because often those are the most responsive to nutritional interventions but really anyone with depression should have their vitamin B levels checked because vitamin B can contribute, should have vitamin B12 levels checked, it doesn’t mean everybody with depression is deficient but if you are it provides a solid foundation for both the therapy that is often needed, medications might be needed but certainly improvement in symptoms.

N: Is nourishing as you said the brain, is it the same as nourishing the mind or is there a difference when it comes to this nutritional, this ZEEBRA approach that you talk about?

G: Well I used The ZEEBRA approach for that kind of nourishing the brain, giving us the big picture of how nutrients affect depression and then I turn to what I describe as nurturing the mind. Those other techniques that have profound effects unrelated to nutrition and those are the psychotherapies but also things like spirituality and people often forget that faith and spirituality has important implications for the treatment of depression. We know that those that have a strong faith, that doesn’t have to be an organized religion, they are a lower incidence of depression and what’s interesting they respond better to antidepressants and we also look at mindfulness and yoga practices that all support a more comprehensive integrative treatment approach.

N: You’ve been listening to Health Professional Radio, I’m your host Neal Howard. Thank you for joining us on the program today. Our guest has been Dr. James Greenblatt, Founder of Integrative Medicine for mental health and currently serving as the Chief Medical Officer and Vice-President of Medical Services at Walden Behavioral Care in Waltham, Massachusetts. He’s been here talking about his book, Breakthrough Depression Solution: Mastering Your Mood with Nutrition, Diet and Supplementation and also about his ZEEBRA technique involving nutrition that he has developed in order to treat depression without medications but simply by improving one’s nutritional intake. It’s been a pleasure speaking with you Dr. Greenblatt.

G: Thank you very much for having me.