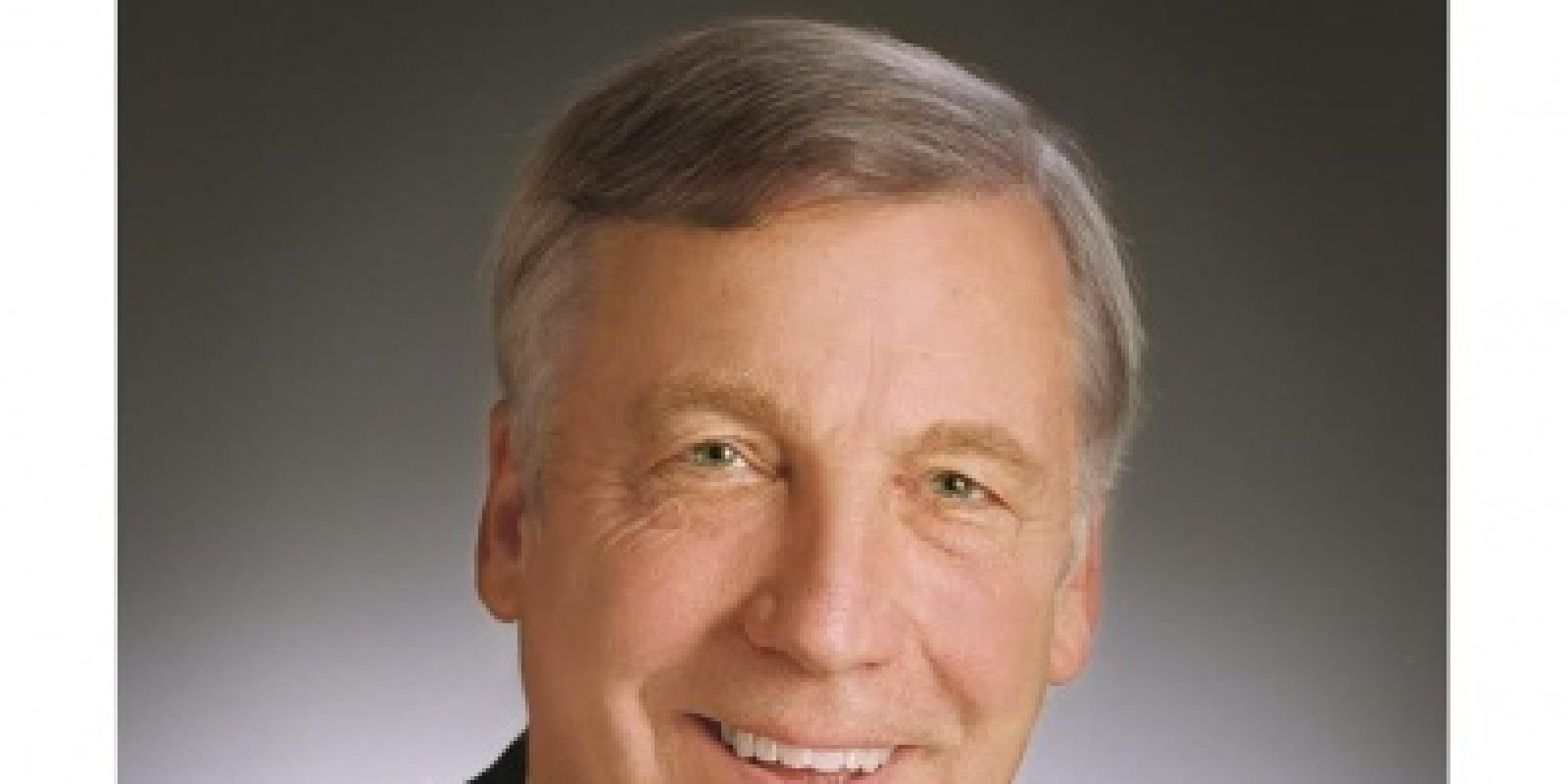 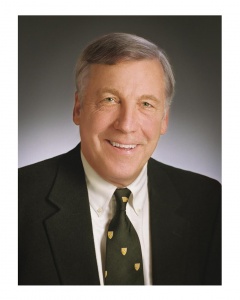 Guest: Dr. Jay Popp
Presenter: Neal Howard
Guest Bio: John W. (Jay) Popp, Jr. graduated from Vanderbilt University in 1969 and completed medical school at Yale University in New Haven, Connecticut in 1973. He has had an interest in inflammatory bowel disease since his training and has participated in numerous clinical trials evaluating novel therapies for IBD. He retired from private practice and joined Janssen Biotech as a Medical Director in the Medical Affairs Department In 2006. He continues to have an intense interest in colorectal cancer prevention and has visited Congress on numerous occasions to inform our legislators of the importance of preventative strategies.

Neal Howard: Hello and welcome to Health Professional Radio I’m your host Neal Howard, thank you so much for joining us today. Our guest in studio today is Dr. John Popp – graduated from Vanderbilt University back in 1969, completed medical school at Yale in New Haven Connecticut in 1973. He is currently the Director of Medical Affairs at Janssen Biotech Incorporated and he is here today to talk with us about some of the latest advances in IBD or irritable bowel disease research. How are you doing today Dr. Popp?

Dr. Jay Popp: I’m doing great Neal, how are you?

N: I’m doing well. I’m glad that you could join us today. Now you’re the medical affairs Director at Janssen Biotech Incorporated, could you tell us a bit about Janssen Biotech?

P: Sure well Janssen is a company that has been dedicated to many products over the years. We have a very large segment of immunology products, psychology products, but I know our focus today is on inflammatory bowel disease or IBD and we’ve always considered ourselves a leader in the IBD community when it comes to research and also providing information for our physicians and our patients alike.

N: Most of our listeners are healthcare professionals themselves, but could you explain to me if there is a difference between IBD and IBS?

P: There sure is Neal and I’m glad you asked that. So IBS stands for irritable bowel syndrome and that’s a very, very common condition and sometimes is confused with IBD which is inflammatory bowel disease. So irritable bowel, the lining of the digestive tract is not inflamed to the eye wherein inflammatory bowel disease it is where there can be ulcerations and a very sick appearing lining of the bowels, so a big difference. But that doesn’t mean that some people couldn’t have both Neal, there are a lot of patients that have IBD but they can have symptom of IBS as well. But IBS is probably the most common condition that I guess a urologist see in this country today.

N: Now does IBS lead to IBD if untreated or do you get IBD just out right before developing IBS?

P: No, IBS does not lead to IBD. IBD tends to develop really out of the blue if you will. And sometimes individuals may have symptoms for years and quite frankly Neal they maybe misdiagnosed, they may see a healthcare provider who thinks that they have all the hallmarks of IBS because that there certainly is some overlap in symptoms. They are both into this abdominal discomfort of this diarrhea and this things can be something confusing. But IBD really stands alone in terms of its ideology and what we know about it this far.

P: Well that’s a great question, we don’t have the exact answer to that Neal. But we think that the cornerstone of the inflammatory process that occurs in IBD that relates to the immune system responding inappropriately if you will. So we think that an individual who is susceptible and that maybe a genetic susceptibility to develop in IBD gets exposed to something. We don’t know exactly what that is Neal, it might be a bacteria, it could be virus, it could be any one of the several things. And then the immune system reacts not the right way and so it kind of attacks the bowel lining itself that would then involve the organism that might be causing the problem. So it’s really an imbalance or dysfunction, we think of the immune system and a lot of therapies are designed to try to interfere with that.

N: Have you noticed in your experience and in your research, one area of the country or the world as for that matter, that has more cases of IBD than another?

P: Well that’s an interesting question. And for many years we did not see IBD to any degree in some of the developing countries. And now we’ve seen it more and more, so in Asia for example, we’re seeing much IBD than we did in the past. Now a lot of that that’s due to changing dietary habits while it’s due to improved medical care than just more low diagnostic capabilities, I don’t know. But this is a disease which is really on the rise worldwide.

N: What are some of the latest tip and logical advances in the detection and treatment of IBD?

P: Well IBD has generally been diagnosed with of course listen to the patient first. And assess the symptoms and if the symptoms sound consistent and compatible with IBD, we then do a series of tests. The most specific test that we do will actually allow us to see the lining of the bowel, far and aware the most common one is a colonoscopy. Your listeners are familiar with that, it’s where a tube that inserted in the rectum in advanced up to the bowel. And you can visualize the lining of bowel and often the lining of the small intestine as well, at least at the end of the stomach to take the biopsies. And we should say at the onset Neal with IBD, primarily consist of two disorders – one being ulcerative colitis, where the large bowel or colon is inflamed and the other being Crohn’s disease where any part of the digestive tract can be inflamed. So typically with colonoscopy we can make a diagnosis of ulcerative colitis and since Crohn’s disease often involves the colon as well as the end of the small bowel, you can easily established a diagnosis there as well. There are other technologies that are available and I’m sure your listeners have heard of these such as the magnetic resonance imaging or MRI.

P: Where we can look at the bowel, there is something called capsule endoscopy or you swallow something the size of a capsule and it takes pictures as it goes down the digestive tract. And then you can download it to your computer and look at the pictures and see what the lining looks like.

P: Well I think if, and one of the hallmarks of especially ulcerative colitis is rectal bleeding. And anytime an individual passes blood for no apparent reason and certainly you have to remember that one of the most common causes of rectal bleeding would be hemorrhoids which is generally not serious although can be. But I think if you pass blood in the stool, you should always seek medical attention regardless of how long it’s been going on because that is one of the hallmarks of ulcerative colitis. Abdominal pain which can frequently occur in both ulcerative colitis and Crohn’s disease and diarrhea. And you asked a good question Neal so how long should the symptoms go on before you seek medical attention? If you’ve had diarrhea for a few days and you certainly might think you have food poisoning or something like that, I would not rush to the doctor unless you have some other accompanying symptoms like severe abdominal pain or fever, things of that nature. But if something goes on for several weeks, I think you need to see your healthcare professional and try to find out what’s going on.

N: You’ve been listening to Health Professional Radio. I’m your host Neal Howard. We’ve been in studio today speaking with Dr. John Popp, Director of medical affairs at Janssen Biotech talking about inflammatory bowel disease. We’ve been talking about the symptoms, the causes and some of the latest advances in IBD research. We’ve also been talking about when to seek help and the differences between IBS (irritable bowel syndrome) and IBD (inflammatory bowel disease). It’s been great talking with you today Dr. Popp.