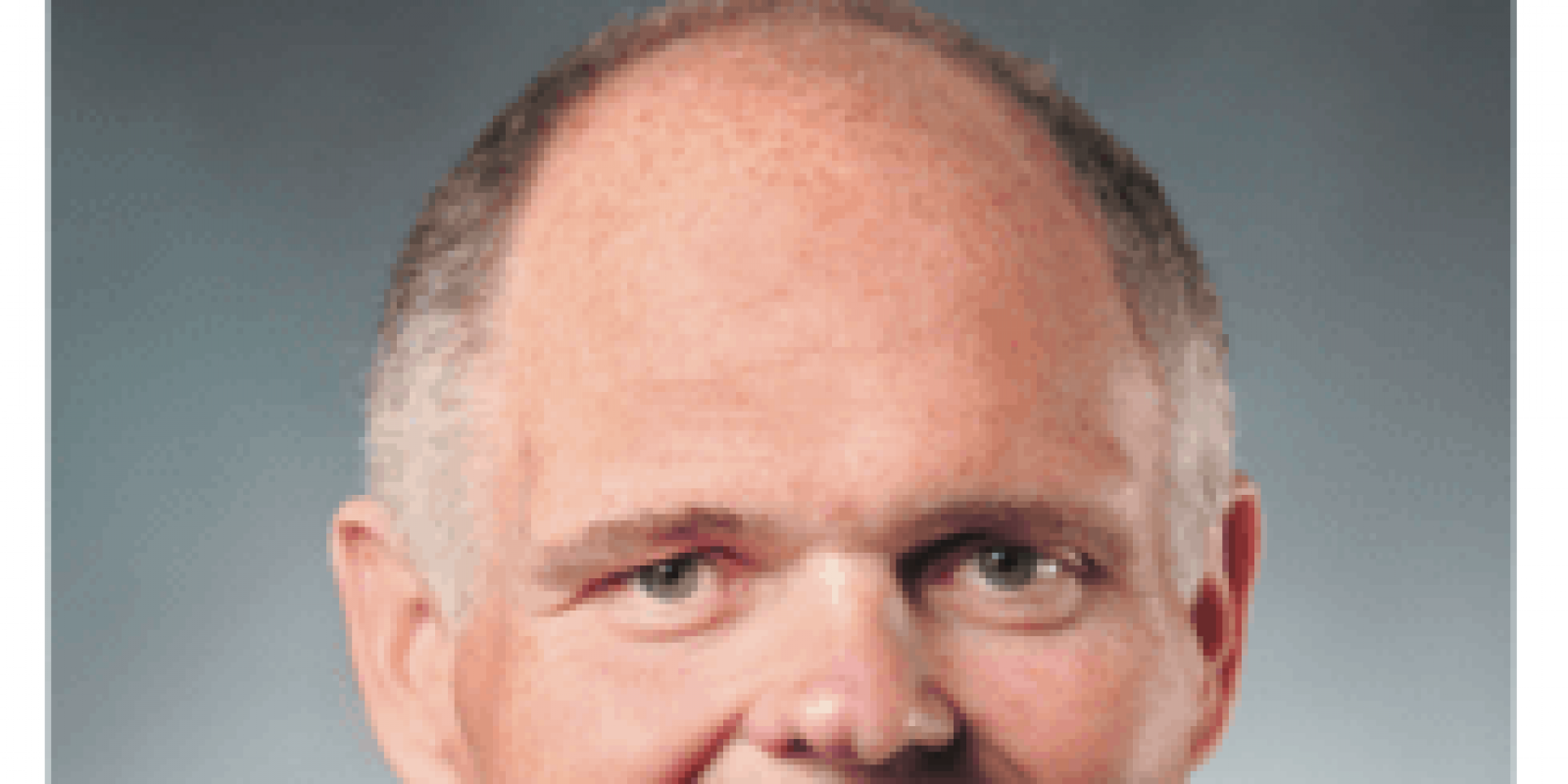 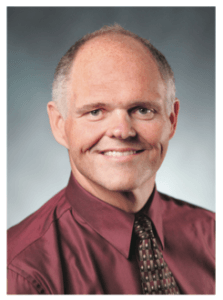 Neal Howard: Hello and welcome to Health Professional Radio. I’m your host Neal Howard, thank you for joining us today. Our guest in studio is returning to speak with us, Dr. John Rogers, Associate Chief of Cardiology and Director of Cardiac Pacing at Scripps Clinic Medical Group in La Jolla, California and he is returning today to talk with us about some new long term minimally invasive technologies that are useful for heart monitoring. Welcome back to Health Professional Radio Doctor.

Dr. John Rogers: Thank you Neal, good to be here.

N: Thank you. When we were here before we were talking about some of the different causes and types of stroke. Today I’d like to talk with you about invasive and minimally invasive treatments for heart monitoring. Tell us a little bit about yourself, how did you get into cardiology?

R: Well Neal I found cardiology to be very exciting. At the time that I was finishing medical school and training, I saw the future of cardiology offering so many new therapies and so many new treatments for patients with all types of heart disease that this became so exciting for me and I’ve revolved into focusing on patients with heart rhythm disorders and trying to find why patients maybe having symptoms that are eluding other people’s evaluation to get to the bottom of the problems that they’re having.

N: When it comes to a heart health, heart care, heart treatment, I myself often think of invasive treatments, angioplasty is in things of that nature, cleaning out the arteries. If we have a heart condition that involves some risk factors that could lead to stroke, is invasive treatment always necessary?

R: Well Neal that’s a great question and fortunately there are newer invasive therapies to treat people who are in the acute phase of having a stroke if they present early enough to the hospital where there’s invasive procedures to physicians to go up and to remove a blood clot from the blood vessel on the brain causing the stroke. But in those patients, once that invasive procedure is completed, we still may or may not know where that blood clot came from and in other patients who have had a stroke, who had an extensive workup to find out why they’ve had a stroke, we’ve learned overtime that we really need to monitor these patients for heart rhythm problem particularly atrial fibrillation. For not just 20 days or 30 days but for actually a number of years to exclude that they may have atrial fibrillation as a cause for their stroke and the great news is that monitoring that we can use for years, is minimally invasive requiring a simple outpatient procedure where a little monitor is inserted just under the skin in the subcutaneous tissue, usually under low quantity esthetic only.

R: Well the current device Reveal LINQ Implantable Cardiac Monitor is about a third of the size of triple A battery. That little device is able to monitor somebody’s heart rhythm continuously for up to 3 years. That device is also constantly recording 24/7 and is able to transmit on a nightly basis or daily basis to a care link network that has been accessed by my clinic. So essentially, were monitoring patients 24/7, that information is being sent to us on a daily basis, so a bit of our patient has atrial fibrillation we’re going to find out pretty quick if they’re having that and get them on the appropriate therapy which is usually a blood thinner to prevent a recurrent stroke.

N: Now is this a device that can be used in conjunction with or even separate from say something like a pacemaker or some other implanted device that is used for monitoring?

R: Well typically a pacemaker Neal has the ability to monitor the heart as well and we usually would not use these two devices in implantable cardiac monitor such as the reveal LINQ with a pacemaker. The pacemaker also is monitoring a heart rhythm continuously and some have the ability to transmit that data daily or if there’s …atrial fibrillation and some of other patients we have to investigate in person, things about, the pacemaker …studies that is that we found out from those studies that patients aren’t aware or may not be aware that they’re even having atrial fibrillation. They may not feel it and so having the ability to monitor somebody daily continuously becomes very important because symptoms are just not reliable. We can’t really rely upon our patients to tell us, ‘I’m having symptoms, therefore I should be monitored this year if I’m having atrial fibrillation.’ It turns out majority of episodes of atrial fibrillation may not even symptomatic to the patients.

N: Now this is some relatively new technology that were talking about. Have you had an opportunity to explain how this works to some potential patients or some current patients? And if so, how much of a challenge is it to introduce this new technology when many of us do our research before we ever come to the doctor?

R: That’s exactly right. I think patients are even more savvy now than they’ve ever been with the ability to do that research much easier with the internet. The technology to monitor patients’ atrial fibrillation is actually been around since about 2009, with the predecessor device of that electronic had provided for us to reveal XT monitor. That device was the first monitor able to detect atrial fibrillations so working with neurologist in taking care of their stroke patients as far back as 2009, I’d have the opportunity to work with those neurologists and with a number of patients to implant those devices. Those devices were about close to 90% bigger however, and although they can detect atrial fibrillation and patients could transmit that from home once a month, it didn’t provide the daily download of information. One thing that occurred about the same time in 2014 as the large landmark study Crystal AF was the FDA allowing the release of the reveal LINQ implantable monitor which is the newest generation of the monitor that’s about 90 % smaller and has about the same battery life of 3 years and the ability to automatically transmit that information to us on a daily basis. The patient acceptance of such a small subcutaneous implanted monitor has been much greater with a larger device, I probably had about 30-40% of patients say, ‘Well I’m not so sure I want that implanted in my body, I haven’t seen that along with that smaller device however.’

N: Talk a little bit about any resistance to change that you’ve seen from fellow practitioners. Being around since 2009, some of the tried and true methods of monitoring might still be the main stay of many, many practices and hospitals.

R: Well I think we’ve learned more information since that time. We’ve learned that stopping monitoring at a tried and true, 30 day monitor which is typically the longest external wearable intermediate term type of heart monitor. We’ve learned that just simply not long enough, you have to monitor the stroke patients and the data shows from a Crystal AF study that monitoring even out that 3 year length of time, shows a higher incidence of atrial fibrillation being detected. So one of the key things I focus in my practice is educating physicians that although you may be used to that in a 30 day monitor, we have data, we have information that tells us, ‘That’s just not long enough’, that we may not be detecting atrial fibrillation enough in those stroke patients. And by enough, I mean if you look at the Crystal AF study published in 2014 and you look at sort of registry studies that have looked at larger numbers of cryptogenic stroke patients. Stopping monitoring at 30 days, which was sort of what has been traditional, will miss over 70% of the patients that were had no long to be found to have atrial fibrillation.

N: And where can our listeners go and learn more about this new technology and Scripps?

R: Well they can go again to the scripps.org website, they can visit the monitoryourheart.com website, Medtronic website also have information for patients specifically for patients who were trying to learn more about the Medtronic reveal LINQ implantable cardiac monitor, to learn more about that device, to learn more about its function, and the reasons why we use it. We use it for patients that pass out, have symptoms that we’re worried as they’re related to a heart rhythm problem and we just haven’t been able to catch with any other type of heart monitor, so there’s a number and indications for these monitors. Cryptogenic stroke is the one that we’re talking about today, that there are many other indications for using these implantable monitors.
N: Well thanks for coming in today Dr. Rogers, I really appreciate it.

N: You’ve been listening to Health Professional Radio, I’m your host Neal Howard, in studio with Dr. John Rogers. Transcripts and audio of this program are available at healthprofessionalradio.com.au and also at hpr.fm and you can subscribe to this podcast on iTunes.