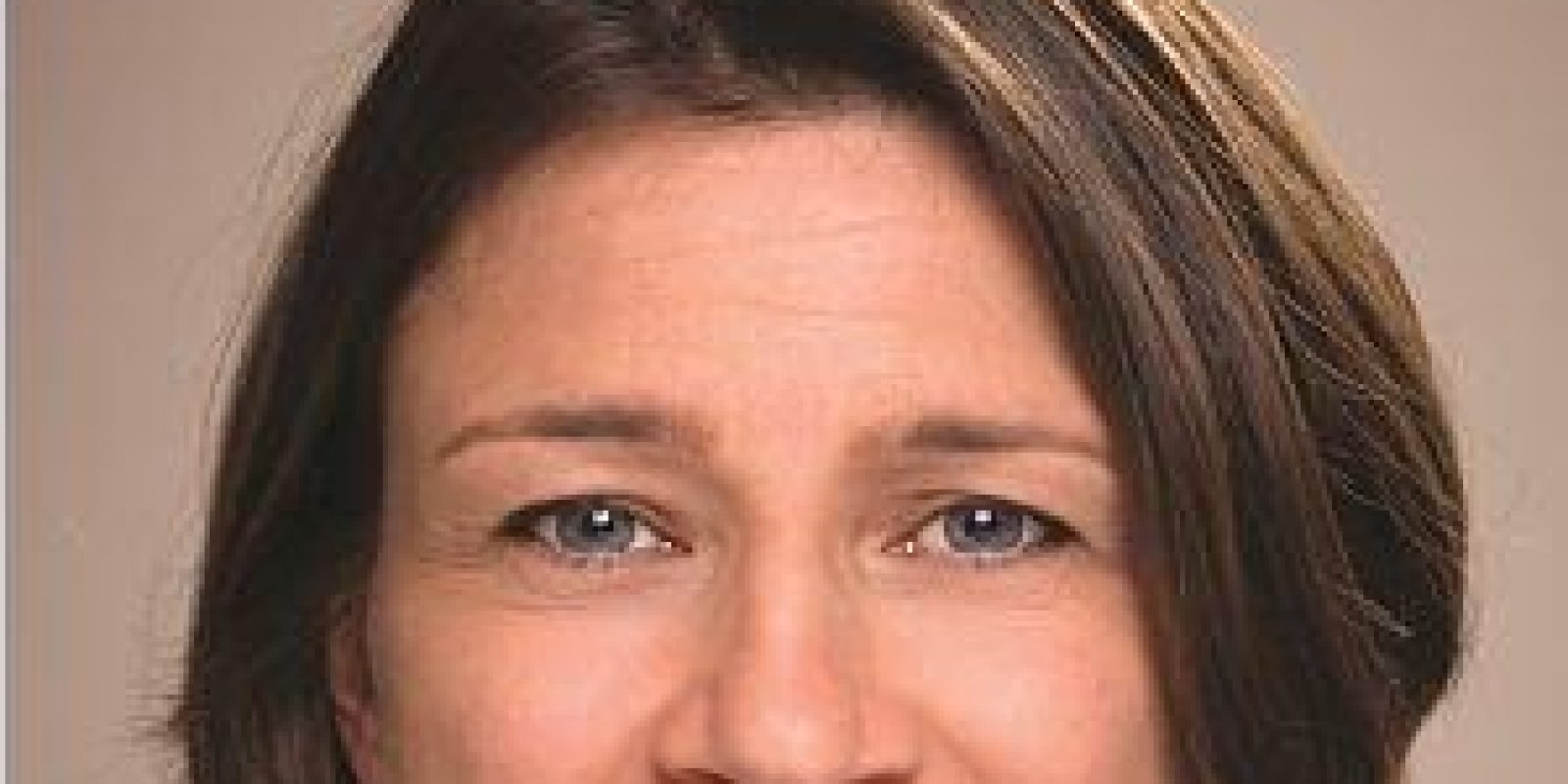 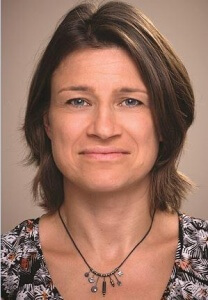 Guest: Dr. Karin Ried
Presenter: Wayne Bucklar
Guest Bio: Associate Professor Dr. Karin Ried is Director of Research at the National Institute of Integrative Medicine. Dr Ried is Honorary Adjunct Assistant Professor, Bond University, Queensland, and Honorary Visiting Research Fellow at The University of Adelaide, South Australia. Dr Ried has over 15 years’ experience in medical and public health research, and research interest in complementary and integrative medicine with a focus on nutritional health. Her research projects encompass nutritional medicine in cardiovascular health and cognitive function, in particular the effects of garlic extract, tomato extract or chocolate and cocoa products on blood pressure and cholesterol. Dr Ried received a Masters Degree in Chemistry (1993) and PhD from the University of Heidelberg, Germany in the Department of Human Molecular Genetics (1997). Dr Ried completed a Graduate Diploma of Public Health at the University of Adelaide (2001), and a Certificate in Integrative Medicine at the University of Queensland (2009). Dr Ried is a frequent speaker at national and international conferences. Her research has been featured on national radio, television, and in the print media in Australia and overseas.

W: Karin you’ve been doing some research around cardiovascular disease in Australia and aged garlic extract, can you tell us about that research?

K: Yeah, that’s correct. So I have been doing research in aged garlic extract for about 8 to 10 years. And the more I research, the more I fascinated become. So cardiovascular how you can look at blood pressure but we’ve also been looking at arterial stiffness and central blood pressure, so that’s basically what’s going on inside of you, so not just at the periphery at the arm but also inside near the heart. And we’ve had some fascinating results, so with the aged garlic extract we found consistently in the research we’ve been doing that it is able to reduce blood pressure and hypertensive people, so people who have blood pressure of more than 140/90 to reduce that by 11 points systolic and 6 points diastolic which is very close to what’s standard blood pressure medication can do. But with the added benefits of other effects garlic extract has on the cardiovascular system and without major side effects. So it’s a very useful blood pressure medication for a large group of patients we have been looking at.

W: And this has been done as academic trial Karin or how’s your research been done?

K: Yes. We’ve done three clinical trials so far on the aged garlic extract on blood pressure and other cardiovascular risk factors. And the first trial was done in Adelaide on a group of pre-hypertensive people also that means they’re around 130/85 systolic and diastolic blood pressure. And we found on the first trial that the Kyolic aged garlic extract can reduce the high blood pressure but it doesn’t reduce normal blood pressure. So basically you wouldn’t have any side effects in the sense that you get suddenly very low blood pressure which is also not very useful, and that’s to the contrary to some standard blood pressure medications. So basically the Kyolic aged garlic extract can normalize blood pressure but it doesn’t always reduce it if it’s not necessary, so that’s what we found in the first trial. In the second trial we looked at dose response, so we wanted to know how much do you actually have to take of the high potency formula here available in Australia, which is you call “Kyolic” and we found that the four and two capsules a day, were reducing the blood pressure to maximum of the 11 points systolic and one was usually not enough for this change to the maximum, for a normal standard of 70 kilo adult, but the two and the four it was interesting that we didn’t get more benefits with the four in terms of blood pressure. And so basically meaning that you don’t have to go overboard in terms of double taking as well as price and cost. And so at the moment the third trial and any recommendations we would say 2 tablets a day of the high potency formula, after two months you would see whether or not it has an effect and how big the effect is. And then in the third trial we added on some extra cardiovascular risk factors we measured and we found that Kyolic aged garlic extract can reduce the pulse wave velocity, arterial stiffness, and inflammatory markers as well as it normalize cholesterol levels. So it’s slightly elevated then the cholesterol would also be positively influenced and for good measure, the blood thinning we looked into that as well, because there’s always the question whether garlic can be taken by people on blood thinning medications, or you can take it if you’re having a surgery, with Kyolic aged garlic extract we don’t find any risk in the blood getting thinner if it is already thin. So it’s through the contrary that if you have thin blood, the aged garlic extract would normalize it so make it thicker, whereas if you have sticky blood which you don’t want because it can cause lots of problems including heart attack and stroke, it would help getting the blood thinner. So basically a very safe option again to look for cardiovascular health and risk factors. So you can have it with other blood pressure medication, with other blood thinning medication, whatever people are already prescribed and it works for them, Kyolic aged garlic extract can be taken in addition.

W: You’re listening to Health Professional Radio, my name is Wayne Bucklar. I’m in conversation today with Associate Professor Karin Ried, who’s the Research Director at the National Institute of Integrated Medicine in Melbourne. And Karin has been telling us about cardiovascular disease in Australia, and Kyolic aged garlic extract and the results of some research she’s recently published. Karin what is the Kyolic describe? Is that a brand name or does that describe a particular characteristic of the aged garlic extract?

K: Yeah, it’s actually both. So Kyolic actually comes from “kyo” meaning strong in Japanese and “lic” from garlic, and it’s developed in Japan about 60-65 years ago. And here in Australia we can get the Kyolic aged garlic extract from … and so that’s the brand, which you just said, but if you just look for Kyolic aged garlic extract you would always be directed to that. The thing with aged garlic extract it’s 20 months old of process of changing the chemicals in the garlic, so actually raw garlic or the garlic we use in foods wouldn’t have the same benefits because you don’t have the chemicals which are stable and you can dose them as well. With raw garlic you have some toxins in there, so if you have high dollars of raw garlic you actually wouldn’t do that well. Whereas in the 20 month process these chemicals are change into something more tolerable and more effective. And so there is a big difference between eating a whole clove of garlic every day or having the especially processed garlic. And it’s also different to garlic oil or garlic powder, you would get because it has this chemical change in it. And Kyolic we can buy is always a standardized toward a particular chemical the S-allylcysteine so we know how much we take and that’s what we searched in our trials. So we know exactly the dosage and what’s going to give the best benefits. So that’s one thing with Kyolic aged garlic extract, and the other it’s the “tolerability” so it’s odorless which is probably very useful for a lot of people.

W: I was going to ask you about that.

K: Yes and also very tolerable, so if people have a bit of a problem with garlic and onion are Sulfur containing foods, with the Kyolic aged garlic extract we found that people have been sensitive. They might have for a week, a bit of bloating and reflux, but after a week this is actually going to get better and that has something to do with the prebiotic qualities of garlic, because it would have an influence on your digestive system on the microbes in the gut, which also has a semblance on your immune system. So basically if one wanted to try it, you can do that, in terms of tolerability for a week, if it doesn’t get better then maybe a lower dose can be taken first to get the body used to it. But in terms of if it helps for blood pressure you would have a period of about 2 months where you check whether or not there’s any effect. And we found consistently in our studies that 70% of people, so we got 30% of adults have hypertension and 70% of those actually respond to aged garlic extract and that’s a very high number. So to try whether it works for you, without any other changes so that we’ve got some ideas how we can increase the number even more, because you need certain nutrients like vitamin b12, and b6, and so on, until actually go for the cascade of the mechanism how garlic works on blood pressure. So there might be somethings people can do if they don’t respond. But the majority would without changing anything else.

W: I see. Karin, is there a website that people can go to to find more information or should they just google on the Kyolic aged garlic extract?

K: Yeah, I mean there’s the opportunity to actually look at the full paper because it has all the results in there which open access, so they could go Google my name and Kyolic aged garlic extract and blood pressure and it would come up. The NIIM website also directs to the paper and you know the research we’ve been doing and has a couple of links to some articles, which are featuring that research. So that might be the easiest website to go to find your way around. So the niim.com.au is our National Institute of Integrative Medicine website.

W: Karin it’s been lovely talking with you today, congratulations on your research. Thank you for making yourself available today to have a chat to us.

K: Okay, thank you very much.

W: If you’ve just missed my conversation with Associate Professor Karin Ried, Research Director at the National Institute of Integrative Medicine in Melbourne, we’ve been having a fascinating chat about cardiovascular disease in Australia and Kyolic aged garlic extract and some research that Karin has recently completed. The good news however is that on our website at the Health Professional Radio website at www.hpr.fm, you can find a transcript to the interview and there’s also an audio archive on both SoundCloud and YouTube. And you can access both of those links at the Health Professional Radio website. Thank you for listening to Health Professional Radio, it’s been a pleasure having your accompany with us today. My name is Wayne Bucklar.