Morals, Ethics, and Nursing: Can a Nurse Refuse to Treat a Patient [Interview][Transcript] 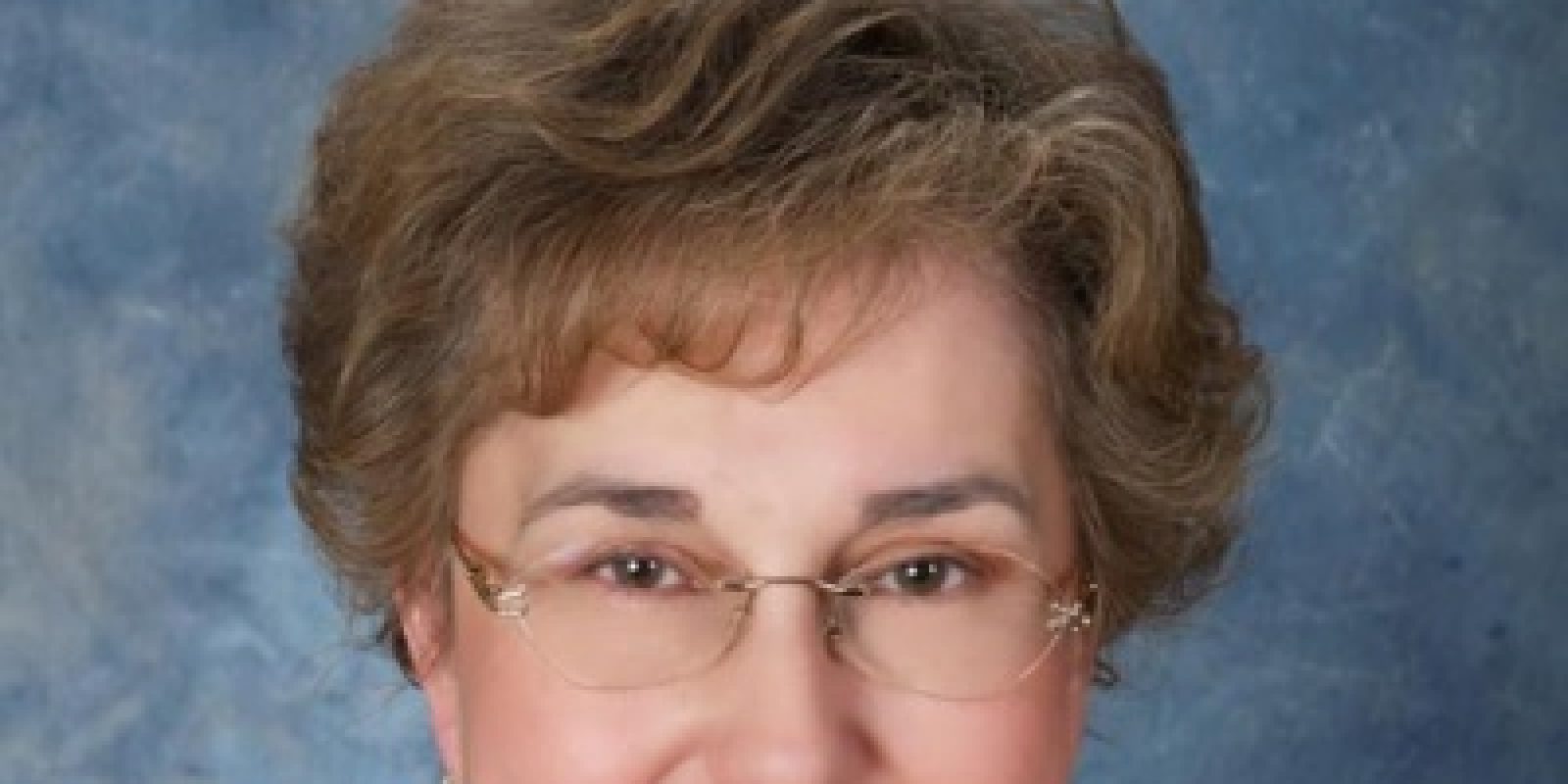 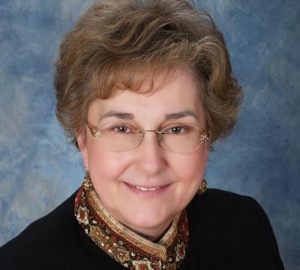 Guest: Dr. Leah Curtin
Presenter: Neal Howard
Guest Bio: Dr. Leah Curtin is an internationally recognized nurse leader, ethicist, speaker, and consultant in the nursing field. A strong advocate for the nursing profession as well as the quality of patient care, Dr. Curtin has long been known for her contributions to the nursing community and brings a wealth of experience and expertise to her audience. Dr. Curtin is the executive editor of American Nurse Today, the official journal of the American Nurses Association, and a clinical professor of nursing at the University of Cincinnati College of Nursing and Health.

Segment overview: Dr. Leah Curtin talks about the legal and ethical implications of refusing to administer an experimental drug. Nurse Code of Ethics

Neal Howard: Hello and welcome to Health Professional Radio. I’m your host Neal Howard, thank you so much for listening today. Our guest in studio today is Dr. Leah Curtin, an internationally recognized Nurse Leader, Ethicist, Speaker and Consultant in the nursing field. She’s a very strong advocate for the nursing profession as well as the quality of patient care. Dr. Curtin has long been known for her contributions to the nursing community and brings well avertible wealth of experience, expertise and knowledge. How are you doing today Dr. Curtin?

C: I’m delighted to be on your show.

N: Thank you, I’m very glad that you could return and talk with us a little bit more about how nurses deal with conflicts when they are of a moral and ethical nature. We talked in other segments about the patient’s rights versus the rights of the institution that a nurse would be employed by. We’ve also been in other segments talking about some of the ways that finances are greatly influenced some of the decisions that are made by healthcare providers and those that would pay those providers. But in this segment today, I’d like to talk about some of the thinking that goes on when you’re talking about taking care of someone for the long term say in a healthcare facility or maybe at home for an extended period of time, versus someone that you’re gonna see for the amount of time in that there in the ER maybe in the ICU and then their home. I’m sure that there are different types of schools of thought when it comes to caring for patients depending on how long you’re gonna be taking care of them, yeah?

C: Oh for sure. And you’re also, your experience with the patient is very different. A numbers of years ago I was doing an internship in ethics at the Cincinnati Center for Developmental disabilities which deals in primarily but not solely, but primarily with a children who have spina bifida. And we had a conference, it was all these centers in the United States who dealt with the children particularly with spina bifida. And it was interesting the difference in perspective about the children, for example the people who took care of the children and the parents when everything was in crisis, the baby was born and have this terrible problem, what are we gonna do? Maybe he’ll live, maybe he won’t live, maybe he’ll will be retarded, maybe he won’t. And decisions have to be made immediately and they have to make very quickly, like within a very short period of time. Are we going to intervene with this child? What are we gonna do with this child? How aggressive are we going to be with the treatment of this child and so on? And at that time, a philosopher had written, Joseph Fletcher was his name had written a book called about “criteria of humanhood” and according to his criteria, newborn babies were not human.

C: Because it couldn’t think for itself, it couldn’t even localize its own senses of pain, it couldn’t be self-reflective, all these sorts of things, he had in his criteria. And we we’re discussing this with the parents, I was specifically. And the parents were sitting there listening to the cases, listening to what the discussion was, listening to what John overhead to say about the criteria of humanhood and Dr. Fletcher had to say, and they wanted to say something too and I can tell you the way things broke down.

N: How did that happen?

C: For the most part, if you deal with the patient in crisis and the parents in crisis, you tended to think that maybe we should end this life, maybe we shouldn’t treat. If you dealt with the parents and the pediatricians and the nurses who cared for them on the long term basis, for the most they thought that this children have a worthwhile life. Yes they have problems, some of them have very severe problems but they are human beings and they have a life and they have happy times, as well as sad time, these aren’t always crisis, these are normal too. At least normal for them. And they can know happiness and they can know achievement and so on. So there were two very different school of thoughts depending upon your experience in the clinical field.

N: Now when it comes to moral and ethical or moral versus ethical issues, do those waters change significantly based on long term versus short term care as well?

C: No, but what they can do when you make the distinction between short term, immediate decisions that must be made and the long term care of a person, that is over the rest of their life. It helps clarify the decision that faces you right now. Am I deciding that I shall care for someone for the rest of my life? Or am I deciding if my baby should have a … put in so he doesn’t get hydrocephalus? You see where just a short term thing but at least have long term consequences. And believe me, when you make that decision, you are also deciding to have that sudden change every time the baby grows.

N: Now if these decisions are so extremely subjective.

C: They aren’t subjective, they’re objective in that there are very real, very tangible results in the world.

C: This is not just what I think or believe, this is what someone else is going to experience.

N: So when that problem like that arises, aren’t there some types of I guess for lack of a better term some type of formula, to waive this against that and if this is that then?

C: You know people have even tried to make computed programs to do it.

C: Yeah. And you can put all the facts in but it doesn’t give you the human equation, the humanity. You see most people, if they have an ethical principle it would be “do unto others what you would like them to do unto you.” And this really based upon what is the loving thing to do but the big thing about such decisions is they have to be reversible. So if it doesn’t seem to be the right thing then I can reverse it. But some decisions can’t be reversed and those are the one that are real problem. The only rule that of ethics that most people know is this “do unto others, as you would have them do unto you.” And if nothing else, it provides a moral glue and it’s been over the centuries for people that they agree and it doesn’t matter what their religion is or what country they live in or what their politics are. They believe you should do onto others as you would have them do unto you.

N: Okay. Now that being said, if you put yourself into someone’s position, you’re their nurse and say you would want to receive the experimental drug that the side effects are horrendous and they don’t even know if it’s actually going to cure or help your problem at all. If you think that you would like to have that administered, is that what you should take in consideration? When you’re giving it or vice versa, if you say no “I wouldn’t want that.” Can you just say “No, I’m not going to give that to that patient.” Even though the patient says, “I would really like to try that experimental drug and take my chances.”

N: But now that applies, that applies equally when you say that you don’t have the right to determine whether I live if dying would be better for me.

C: Yes, it would. But then I am constrained by the law from killing you and I think that’s probably a good thing. If we are going to legalize and it’s been discussed in this country, we’re gonna legalize mercy killing then I can tell you right now, nurses and physicians and healthcare professionals in general should not be the ones to administer death. When I lay hands on you, you have to believe that I’m not going to kill you.

N: You’ve been listening to Health Professional Radio, I’m your host Neal Howard. It’s been a pleasure talking in studio today with Dr. Leah Curtin, Nationally recognized speaker and ethicist also hailed as a living legend in nursing by the American Academy of Nursing back in 2009. And recognized as a nurse leader and an advocate for improving the quality of patient care as it relates to nursing. It’s been great having you here with us today Dr. Curtin.

C: Well thank you so much.