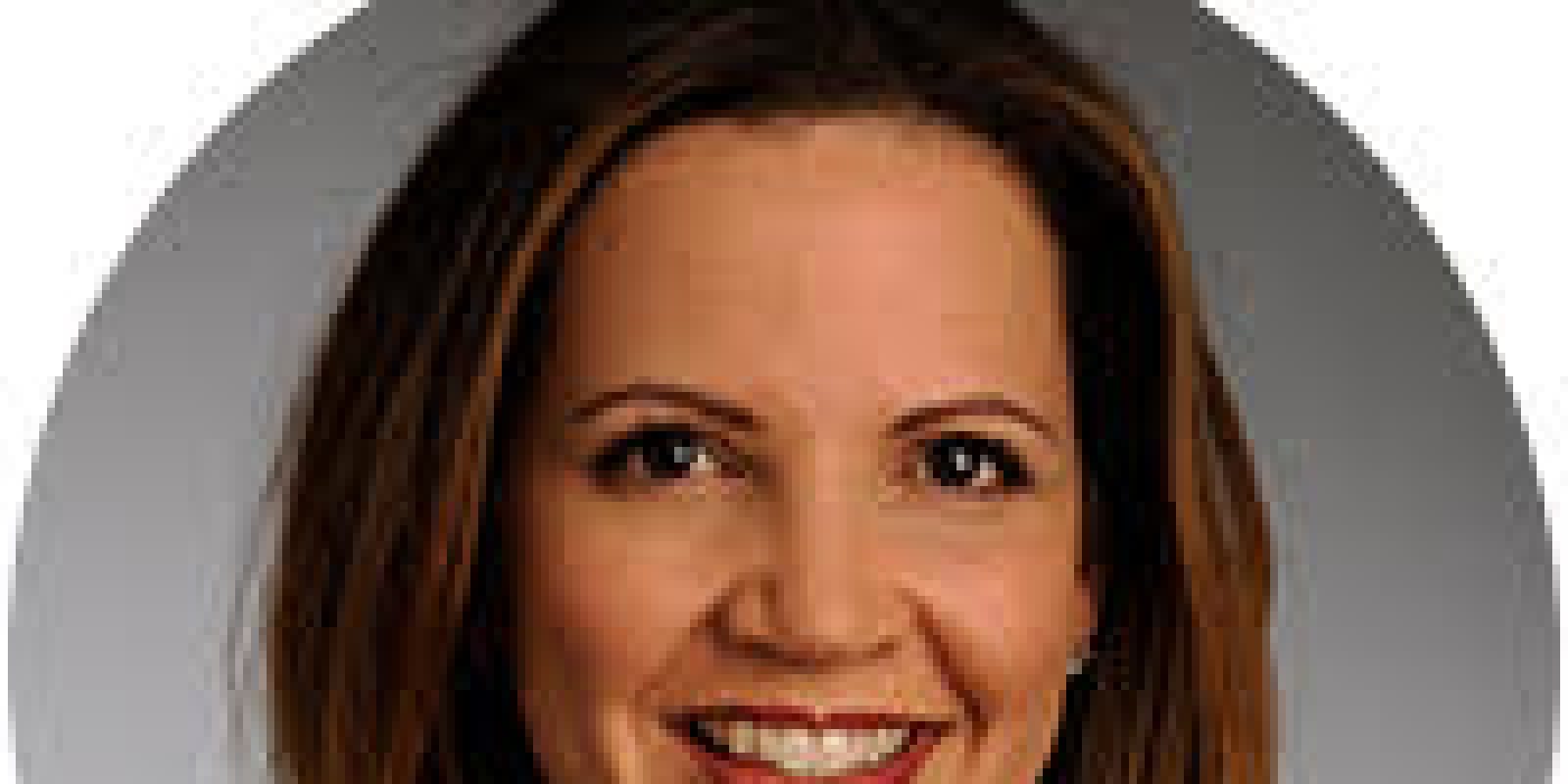 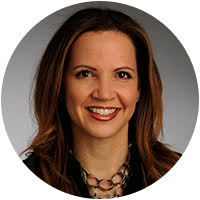 Guest: Dr. Leah Millheiser
Presenter: Neal Howard
Guest Bio: Dr. Leah Millheiser is a Clinical Assistant Professor in the Department of Obstetrics and Gynecology and Director of the Female Sexual Medicine Program at Stanford University Medical Center. She is also a Fellow in the American College of Obstetricians and Gynecologists; as well as, the International Society for the Study of Women’s Sexual Health. In addition, Dr. Millheiser is the Chief Scientific Officer of Nuelle, a sexual wellness and intimate care company focused on delivering groundbreaking solutions made specifically for women.

Neal Howard: Hello and welcome to Health Professional Radio, I’m your host Neal Howard, thank you for joining us to today. Our guest in studio is Dr. Leah Millheiser, OBGYN and she’s today to discuss with us the Four Forms of Female Sexual Dysfunction. We hear the information about male sexual dysfunction, ED and what not, but female sexual dysfunction or FSD is something that, maybe many of us, haven’t quite heard about. Welcome to the studio Dr. Millheiser.

Dr. Leah Millheiser: Thank you so much for having me.

N: Thank you. Now you’re an OBGYN, have you always been interested in women’s sexual health into med school?

M: You know, it even predates that. I grew up in the 80’s and I used to listen to Dr. Ruth Westheimer’s radio show every Sunday night and she was just this phenom, this force of nature who would essentially talk to people about their most sensitive concerns and issues and I just found that amazing that she had such an impact on people’s life and did you know whenever, I just want to make clear, I want to be able to have that impact what she have. So as I going to medical school I did women’s health, I went into OBGYN and some of that idea that how can I address women’s sexual health was always there and I will tell you that I went to medical school in the late 90’s and I was in second year medical student when Viagra was approved and I will never forget, we had a 1 hour lecture on sexual dysfunction and we spent 59 minutes on erectile dysfunction and this great new drug Viagra that was coming out, we spent 1 minute on female. And what this person said was, the majority of sexual issues in women are psychological in nature, so I really advice my patients just to go home, relax, have a glass of wine and they’ll will be fine. And I remember I stuck my head with the next load, when I heard that I couldn’t believe that that was the solution. Then Viagra comes out and there are a bunch of what I call menopause age men who were having this renaissance in their sexual function, they’re now able to have erections again, but the problem is that their female counterparts were the same age had been going through years with low sex drive and vaginal dryness and having painful intercourse and in many marriages they decided, “Sexual intercourse is not something we’re gonna do because if you’re erectile dysfunction and my issues.” So there were these signing contracts of, we do other forms of sexual intimacy but not penetration. So lo and behold Viagra comes out and all of the sudden the men are ready to go and the women are like, ‘Wait, what about me?’ And I don’t know if you’ve noticed early in 2001, there was surge of divorces due to people stepping out on a relationship because again, the women were not able to keep up with their male partners, they couldn’t give their male partners what they needed. And so, we thought in New York especially what were called the ‘Viagra Divorces’. So as a result, there was really after Viagra was released and explodes into the research and understanding behind what are the sexual concerns of women and what kind of solutions can we find? And what we identified is that, if you take a man via premature ejaculation, it’s a measurable …they have erectile dysfunction, that’s objective. You can see these things happening. What about women? How do you quantify low sexual desire? What do you call normal or for a woman who has a lubrication issue. What’s normal lubrication? What is that? The answer is, it’s really a subjective experience. How women know, your desire should be … (Crosstalk) Every woman has her own level of sexual desire that’s appropriate for her. So when we’re talking about sexual dysfunction and we’ll jump into that now, we’re really looking at 4 different disorders. We’re looking at Hypoactive Sexual Desire Disorder which has to do with low sex drive. We’re talking about Arousal Disorder which has to do with genital arousal and subjective arousal. We’re talking about Orgasmic Disorder and we’re talking about the Pain Disorder. The most common and I’ll get to the definition of sexual dysfunction in a moment, but the most common sexual dysfunction in women is Hypoactive Sexual Desire Disorder. It affects about 1 in 10 women, that’s why the…is my clinical research and to show that there actually is a biological basis to this. Sexual dysfunction is not caused by a medication or a disease or my husband or partner is driving me crazy to me. It is caused by nerve case of HSDD an imbalance in brain chemicals. So we know that the researchers saw that women with HSDD, their brains react very differently to sexual stimuli compared to women without HSDD. And we them in an MRI machine and we measure what goes to their brain to sort of understand this. So we know it is the brain chemistry problem, so that’s an example of the most common sexual dysfunction.

M: You are absolutely right. So we’re talking about two separate things, so there’s the desire component…or absent sexual desire and then there’s the arousal component which could be genital arousal, it could be an emotional arousal in the brain and it’s really what we’re looking at in the women who have low sexual desire or HSDD, these women were exposed to a sexual stimulus. In this case, it was a video that they were watching and we depend on research to find out what kinds of videos women found arousing and what we should use in this particular research study. So the stimulus was this video and we asked women to rate how arouse they were by the video and these women were not really experiencing subjective sexual arousal and they weren’t developing desire. So that’s what we did and their brains reacted differently, we found this area of the brain, called the “Entorhinal Cortex”, its in the limbic system. And in that area, in the women with HSDD they just, it may have any activity in that area of the brain, but the women without without HSDD did. And what’s interesting about the entorhinal cortex, is this is an area where women basically process positive emotional memory. So there’s some idea that, it’s also regulated by norepinephrine and dopamine and which are some of the arousal brain chemicals. So we did find there was this biological difference between women with and without HSDD, so that’s the sexual desire disorder. Sexual dysfunction, before I kind of go into the others, just to keep in mind, this is ‘Okay, I got low libido but I go on vacation and it goes away and I feel great.’ This is a woman who’s got chronically, she’s chronically impacted by this concern and it causes her personal distress, she’s really bothered by it. So that’s how you make the difference between, your everyday waxing and waning desire or arousal or pain issue versus “No. No matter what I do, this problem is going to be there.” So that’s when it becomes a dysfunction.

N: When you heard in that one briefing about Viagra many years ago and a small amount of time that was spent and that time was pretty condescending at best, why do you think that it is so far in the future, fast-forward to the day and we still have this huge understanding gap in the sexual needs of women and men as they relate to dysfunction?

M: You know, that’s really interesting. I think we’ve made a huge amount of progress in the past 18 years. What we’ve seen and I’ll tell you where the biggest gap was. The biggest gap was in education of clinicians or healthcare providers. How are you going to get people, women, to open up to their doctor or their clinicians, if their providers are not opening up to them? And if you asked and studies have been done, if you asked doctors why they don’t talk about sexual dysfunction with their patients, they’ll say, ‘I was never educated about it. I don’t know how to treat it. I am not always comfortable with that topic of conversation.’ Now that’s from 15 years ago, fast forward to today, sexual health curriculum are now, they are sort of common place in medical schools around the country. So we are seeing improvement in clinicians and healthcare providers talking to patients about sexual function. There is this recognition on how important it is on a woman overall health and wellness and even more importantly I think is that, we know that sexual concerns can be an underlying sign or a sign of an underlying medical condition. For example, low libido can be a sign of depression or hypothyroidism and difficulty with lubrication and genital arousal or change in orgasmic intensity, can be a sign of a neurologic disorder or a blood flow issue like a peripheral muscular disease or diabetes. So it’s very important for healthcare providers to identify a sexual concern. And it’s not, it really is not the responsibility of the woman to report it. I want women to report it, I want them to become heard. It’s the responsibility of the health care provider to ask the question.

N: Great. Well it’s been a pleasure having you in studio today with us Dr. Millheiser. I’m hoping you’ll come back and speaks some more with us.

M: I would love that. Thank you.

N: You’ve been listening to Health Professional Radio, I’m your host Neal Howard, in studio with Dr. Leah Millheiser, Clinical Assistant Professor of the Department of Obstetrics and Gynecology and Director of the Female Sexual Medicine Program at Stanford University Medical Center and she’s been with us discussing the Four Forms of Female Sexual Dysfunction and offering some insight as to why so far in the future, we’re still having a big understanding gaps in the sexual dysfunction of men and women. Transcripts and audio of this program are available at healthprofessionalradio.com.au and also at hpr.fm and you can subscribe to this podcast on iTunes.