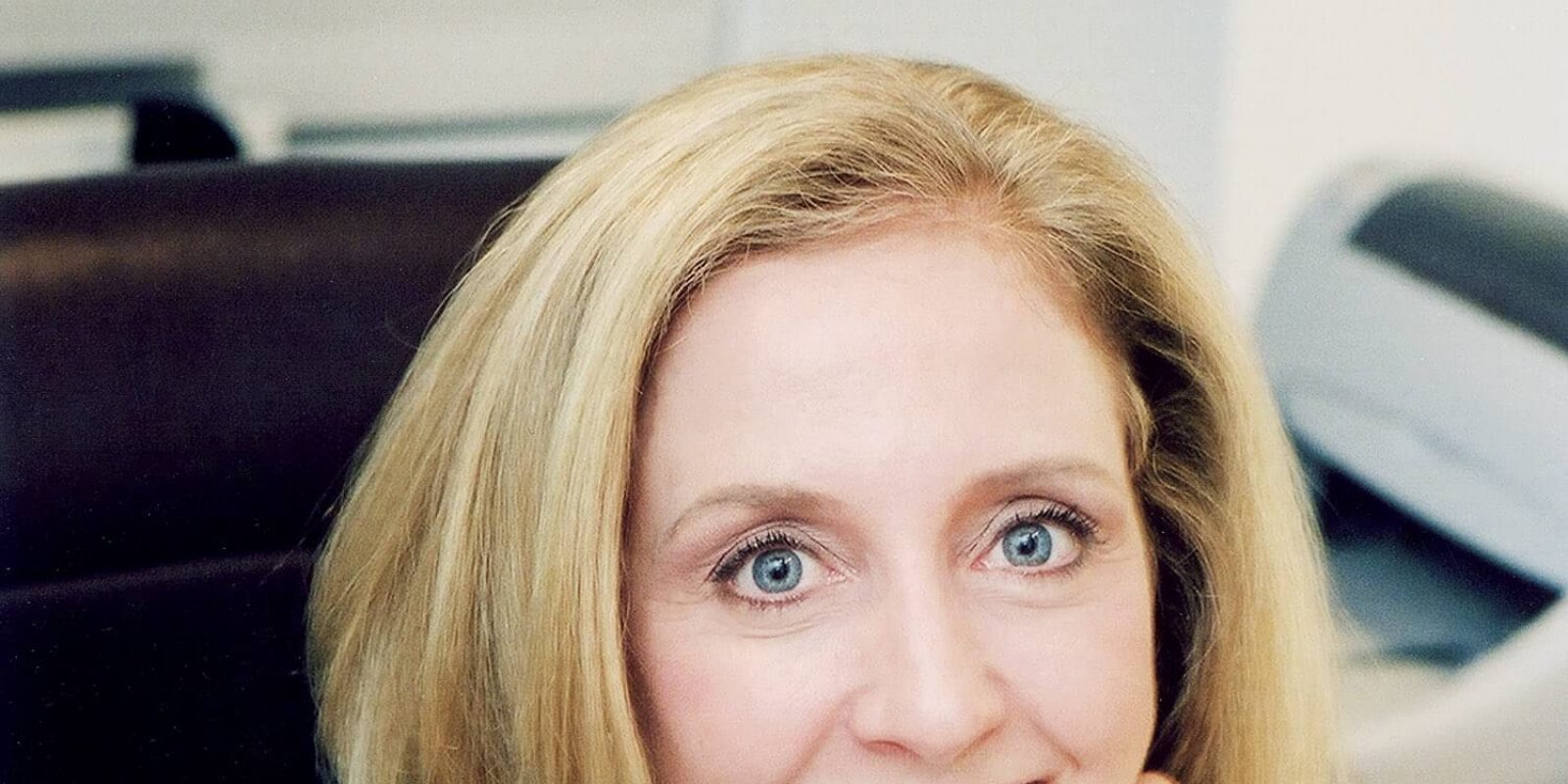 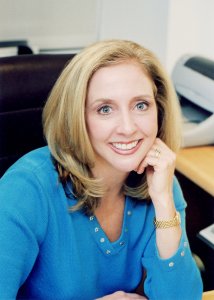 Guest: Dr. Lori Mosca
Presenter: Neal Howard
Guest Bio: Lori Mosca, M.D., M.P.H., Ph.D., is a leading authority on the prevention of cardiovascular disease and stroke. She currently serves as Professor of Medicine Emerita and Director of the American Heart Association Go Red for Women Strategically Focused Research Network Center at Columbia University Medical Center. Dr. Mosca received her medical degree from SUNY Upstate Medical University in Syracuse, and her Masters in Public Health and Ph.D. in Epidemiology from Columbia University. She completed a residency in Internal Medicine at Upstate Medical University and a fellowship in Preventive Cardiology at Columbia University. Dr. Mosca has been listed among America’s and New York’s Top Doctors numerous times and in 2015 was named the American Heart Association (AHA) Physician of the Year.

Segment overview: Dr. Lori Mosca, a noted cardiologist, researcher and preventive cardiology leader talks about why heart disease and stroke remain a number one killer, and the importance of secondary prevention.

Neal Howard: Hello and welcome to the program, I’m your host Neal Howard. Thank you for joining us today here on Health professional radio. Our guest in studio is Dr. Lori Mosco, noted Cardiologist, Researcher and also 2015 American Heart Association Physician of the Year. She’s in studio today with us to talk about why heart disease and stroke remain the number one killer and the importance of secondary prevention. Welcome to the program Lori.

Dr. Lori Mosca: Thank you so much for having me Neal.

N: Thank you. I understand that you’re involved in some networking right now, talk about that and how it relates to some of the latest developments in preventative care.

M: Well sure, right now my current position is I am Center Director at Columbia University. Our site for the American Heart Association Go Red strategically focus research network on women and it’s really a fun activity for me because I’ve been involved in the field of preventive cardiology for well over 2 decades now. And I have to tell you Neal the reason why I got really involved in the prevention of heart disease is when I was a medical student many, many years ago we won’t say how long but my father actually had a heart attack while I was living at home studying for the Board. And ever since then that was really in the early 1980s I’ve just been dedicated my entire career solely to the clinical practice of preventive cardiology and all of my research has focused on the prevention of heart disease.

N: Was it his first heart attack?

M: Yes and he was young. He was 54 years old and he was active but he did have risk factors for heart disease and the good news is Neal he is 87 years old and he is very involved with my children and his all other grandchildren. So I think the good news about prevention is we’ve developed such a great evidence base now for how to prevent heart disease and it’s a personal passion of mine as well as my professional passion.

N: Your dad’s story is great in that every year more than half a million people experience their first heart attack.

M: And it’s not that uncommon. Unfortunately heart disease is much headway as we’ve made. We’ve cut the risk of dying of a heart attack almost in half and just in a decade and we’re making headway but it’s still the number one killer for both men and women.

N: How can we cut it nearly in half and yet it remain the number one killer? I mean are we doubling up on risk factors once we stir ourselves clear?

M: Well we’ve made improvements in some of the major risk factors – controlling blood pressure, controlling cholesterol, decreasing smoking rates – but unfortunately our lifestyles are still not optimal. We have rising rates of obesity and diabetes and we know that heart disease is multi-factorial. There’s many, many things that contribute to having heart disease and stroke and the good news is that many of them are preventable.

N: When you talked about repairing issues, in your opinion what is it that leads to that second or maybe even third heart attack?

M: Well that’s such an important question Neal because we have to remember that there are 26 million Americans living with heart disease. I actually have a PhD in epidemiology too as well as an MD so I really love to talk about the epidemic because it is something that we need to understand and again even though we’re making headway we have a long way to go. And we can through controlling risk factors prevent recurrent disease in this high risk population. In fact people that are most likely person that is to suffer of future heart attack is the individual who’s already had one and I think that even though we have tremendous evidence based medicine right now to show us how to prevent it, one of the challenges is adherence. We’re not always adhering to the list of prescribed medications that the doctors recommend to prevent recurrent disease and we’re not adhering to lifestyle recommendations.

M: That’s a challenge Neal because it seems far off in the future but I’ve had a practice that has been filled with individuals in their 30s and 40s and what I often say to the younger folks it’s not necessarily thinking about death. It’s also thinking of just about your quality of life, you don’t want to live with, your heart’s a muscle, you want to be fit, you want to be able to walk up the flight of stairs without huffing and puffing, you want to be able to enjoy your life so I think prevention is not only just about thinking about prolonging life but it’s also really enhancing the life that we do have.

N: Once you recover from that incident are you ever able to say climb that flight of stairs as if the heart attack never happened or do you have to back off of everything while still remaining active?

M: Well for many individuals they actually do even better because it’s a wakeup call and so we always recommend cardiac rehabilitation after a heart attack. And these individuals now get engaged in an exercise program, they’ve learned about nutrition, they learned about what medications can help prevent recurrent disease and often they end up a little bit more healthy than they were before they had the event because remember heart disease takes years and years and years and years to develop so it’s not, we manifest it clinically one day and the day before we didn’t have it we’re “primary prevention” but the reality is for most of us those seeds are planted very early in life.

M: Well yes, that’s a very good point. In fact many individuals that do have recurrent disease have a constellation of physical factors. They’re in pro-inflammatory state, they’re in a hypercoagulable state so they often have a situation which is very deadly in and off itself it just sort of toxic brew in the artery that caused it to really be more susceptible to recurrent heart attack.

N: You talked about some drugs that can prevent recurring symptoms, are there issues where a person just can’t control their diet and maybe the drugs aren’t the way to go as well? Are there other ever issues like that and how do you address them?

M: Well we always recommend lifestyle approaches in every single patient and I think it’s important to understand that that is the main stay of preventing heart disease and of course many other conditions as well. So we want individuals to eat healthy and it’s okay if you go the waffle house once in a while, it’s moderation right, if we have a diet that’s very primarily plant based we’re getting good nutritious meals on a regular basis we all deviate a little bit but we want the path to be for the most part straight and narrow, we need to eat really healthy, we need to avoid smoking and we need to get regular physical activity in our days, maintaining a healthy weight. If we’re all doing that honestly there’s still going to be a certain percentage of us because of our genetic landscape no matter how hard we try some of us of course are gonna still go on to develop either a mild cardiac infarction or stroke and those individuals are the ones were on top of that lifestyle approach, we have really a very well established list of secondary preventive agents that are proven, very evidence based to prevent recurrent disease. And I think our greatest challenge in preventive cardiology has been despite knowing all that and despite having all that evidence we unfortunately still have a substantial portion of patients that are not adherent to these recommendations and that’s really I think a big target for us right now.

N: What’s the one question that you would have other health care professionals in your position or maybe someone who’s just concerned about one of their patients, sometimes it’s kind of hard to get the conversation started when you suspect something. What’s the one question that you can ask your patient to get the ball rolling about their diets or lifestyle and maybe some of these preventive measures can do a little bit of good?

M: I’m so glad you asked that question. I don’t think anybody’s asked me that before but I’m gonna generalize from some research that’s very fascinating on how to ask patients to get truthful responses. When we ask about ‘Do you take your medications regularly?’ we’re implying something to the patient, we’re learned from research that if we start off asking the question was it’s often difficult for patients to follow a lifestyle or to take their medications regularly. ‘How often do you miss your pills?’ then we’re saying to the patient ‘We understand this, this is a problem.’ They’re more likely to be truthful to you and the amount of non-adherence not only for lifestyle but for again evidence based preventive therapy is really astounding. So I would recommend that every health care provider listening, in their practice develop a regular routine for how to ask patients about lifestyle and to ask it in a non-judgmental way. Start off by saying ‘We know that it’s very difficult for patients to exercise regularly, eat well. Tell me about the difficulties you’re having or how often you’re missing your medications?’ Just start off with a question that way and I think that will really help open up a more honest dialogue.

N: Great. You’ve been listening to Health Professional Radio, I’m your host Neal Howard with Dr. Lori Mosca, noted cardiologist, researcher and preventative cardiologist leader in studio with us talking about why heart disease and stroke remain a number one killer even though we’ve cut down the incidence by half and the importance of secondary prevention. It’s been a pleasure having you in studio today with us.

M: Thank you so much.