The Future of Telemedicine: Barriers and Benefits [Interview][Transcript] 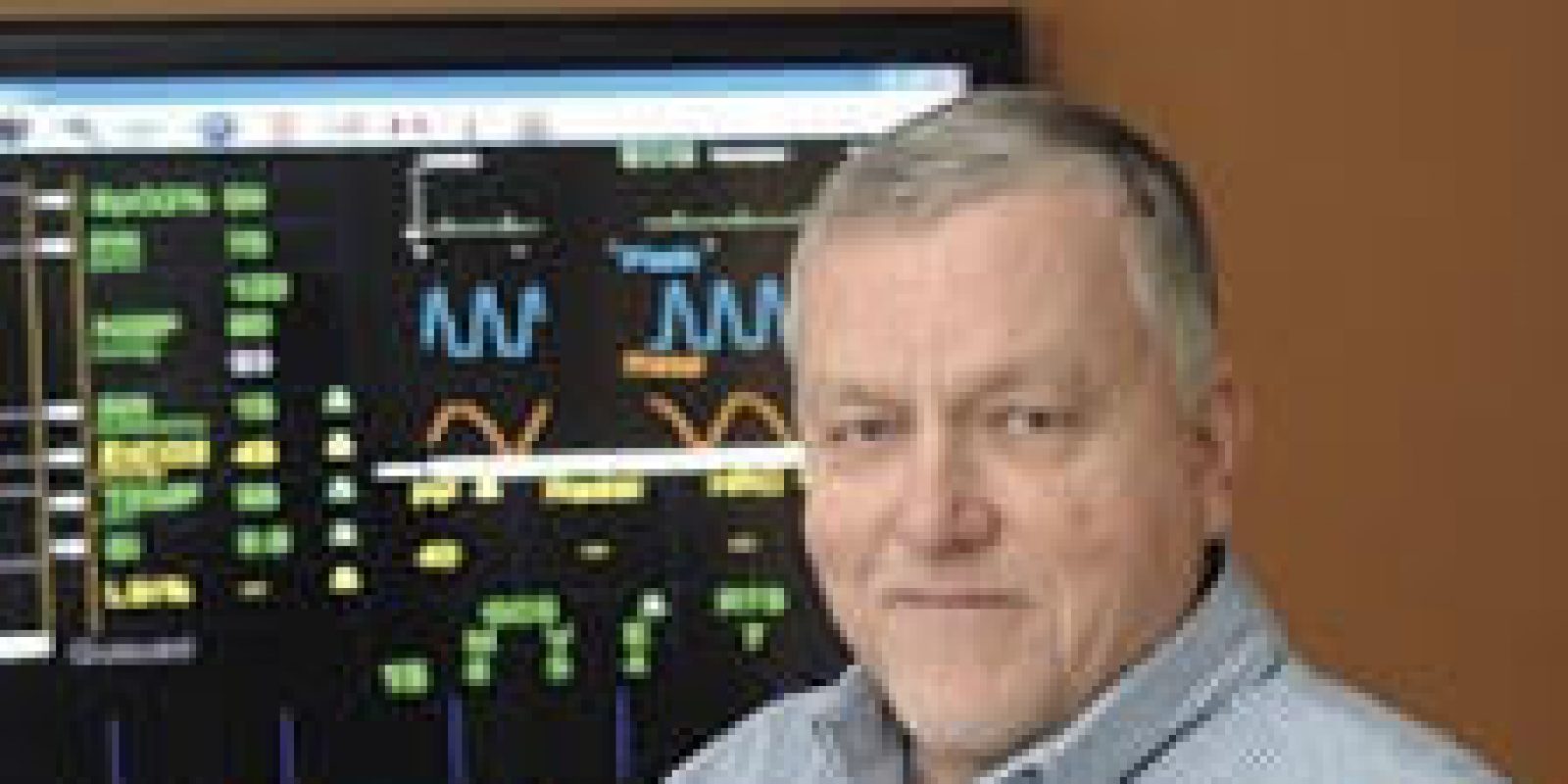 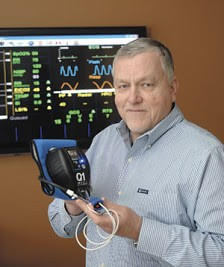 Segment overview: Dr. Mark Darrah, President and CEO of Athena GTX talks about the current barriers to the mainstream use of telemedicine technology and getting decision makers to take a serious look. Also discussed are the many benefits of telemedicine to health organizations.

Neal Howard: Hello and welcome to Health Professional Radio. I’m your host Neal Howard, thank you so much for joining us today. Our guest in studio today is returning to speak with us Dr. Mark Darrah, President and CEO of Athena GTX. And he’s here today to discuss the emerging and burgeoning telemedicine industry huge advance over the last 4 decades. Telemedicine is basically old now from some aspects and perspectives but not nearly as prominent in the medical community on a civilian level. How are you doing today Mark?

N: Great. Let’s talk about telemedicine and well it’s not as mainstream as you say that it needs to be in that many of your clients and customers have been touting it. What are some of the barriers? Why is it not main stream if it’s such a wonderful technology?

D: Well we’re coming out some very interesting data trials on the technology and I think it’s a very timely discussion. Because very often what we’re dealing with in telemedicine is a customer demographic that is somewhat technology phobic. Especially in the medical community, in certain areas we’re use to dealing with the Special Forces providers that are what we might call the visionaries or the early adapters in many cases. And in the technology of WI-med moving into the civilian world they tend to be much more pragmatic or conservative in their view points of medicine. They want what we call “evidence-based medicine,” which I understand fully. And that’s just not quite there yet in telemedicine. It’s coming, but we’re not quite there yet.

N: Okay. We’re not quite there, but we are implementing telemedicine technology on the battlefield in combat scenarios. As far as assessing a soldier condition, are we improving the treatment of the soldier? Are we gearing more toward getting the soldier back into action or are we simply assessing quicker? Or is this technology doing something that maybe wasn’t initially intended to do simply by virtue of its advancement?

D: That’s a good question. If you look at combat operations in general from more than let say at least decades now, these changed the way we do business on the battlefield. So we can say our medicine is very good now. And how do we know that? Well our outcomes are much better, our training is better, our capacity to use technology is better and the support of our combat casualties wounded warriors are much better than ever before. But we still have nagging issues – issues like uncontrolled hemorrhage, etc. etc. But I did some research, we’ve got 20 thousands wounded since this conflict in Afghanistan started. A lot of those come home alive now, than those that the Vietnam conflict came home in body bags. So we have to deal with that and how do we best deal with post traumatic disorder and PBI’s and the injuries and amputation, requires constant contact with the soldier. And I think what’s changed here is we’ve learned a lot from military medicine that we can apply to wireless medicine. We still have the barrier but we know for instance that earlier data improves outcomes. The more we know about the injury or the disease earlier, the better our outcome will be. We know that better data makes our diagnosis and our treatment more applicable. And we know that better records and sharing that data is a good thing for that care continuum outcome also. So I think what happened that’s different, is unique that the military experience is fueling this growth in the commercial sector.

N: How much does cost play a part in this barrier to mainstream implementation of telemedicine in the civilian world?

D: So let’s look at cost. What is cost? Well cost depends on the perspective, doesn’t it?

D: So a care facility in a remote area, the state barely has enough money to keep nurses on board.

D: Does the cost of these technology help them keep the lower amount of staff there? Does that hurt with respective jobs? Well no it doesn’t because obviously they’re dependent on not allowing readmissions.

D: So the more they know, the less patient get transferred to hospitals the better of the care facility is or the better of the patients are. As we mentioned last time we talked, patients don’t want to go to the hospital. So there’s your cost model. So if I can project telemedicine or WI-med in this instance to a reduction and re-admissions and prove that to the conservative, that I’ve done that, it’s much more easily adapted and the cost is not a big barrier. The other side of that is, we can do least programs and we can pay for performance and we see all that and reimbursement happening now. It’s not paying for treatment, it’s paying for performance. So where are you gonna want to send your loved ones? You want them to send to a facility that high readmission or one that has low readmission because they have better technology or I think the latter is pretty clear?

D: Interesting question. We believe as a company that our business model is really more about the patient than the facility.

D: Because ultimately where does the demand come from? The demand comes from the patients that are demanding a higher quality of care. So they’re going to go where they get the best care. The simplest analogy is to say if you were, not wishing this on you Neal, but if you were to come down with cancer.

D: You wouldn’t go to a local clinic. You would go to a higher end facility to get the best treatment applied for that particular disease….

D: The same with diabetes, same with CHF, COPD. Same with a combat injury, you’re gonna want the best care you can get. So I think that’s where the key is, it’s about the patient receiving the best quality of care for the money that they’re spending.

N: Talk a little bit about not only getting decision makers to come on board and use this technology. And not only getting the patient to understand, but when it comes to advertising or getting the word out to not just the medical community but the population at large, what are some of your efforts there and how are going about keeping people aware, just bringing awareness to this new technology?

D: Well I think again it comes down to the demographic. Athena right now is focused on the elite providers, we’re after the ones that are more text savvy and eager to try out technology that improves their capability. I think that’s the key, but if you look deeper the higher ranking medical decision makers sometimes are more resistant to change. So what we’re looking for and certainly in your listeners we’re looking for these types of people, we want the care providers that really want to lead a change. We have technology that’s different and gives you better data earlier so you can make better decision, and the obvious outcome is better. So those that one to take a serious look at technology, we’re all in. We’ll give you the time and the energy to try it out and see what you think and produce the outcomes you’re wishing. If we can do that, I think they’ll adapt it at an extremely fast phase.

N: One final question, being involved with the Navy, the Department of Defense, we’ve got a new class of astronauts that are being…now. What are your thoughts for the space program or technology that renders medical services on a space station or a space craft in the future? Or are you working on some of those possibilities now especially with privatized space travel here now?

D: Well we’re not currently working on it but I have entertain a couple of calls on the Mars program which I thought was really interesting. And what I really thought you’re gonna ask me whether I’ll be willing to go to mars.

D: Answer to that is ‘yes.’ If you got any connection please contact me.

N: I’ll keep you in mind. And make sure you’re in front of mine, when it comes to someone want go to Mars.

D: There you go, right behind you, right?

N: Alright. You’ve been listening to Health Professional Radio. I’m your host Neal Howard. We’ve been in studio today talking with Dr. Mark Darrah, Owner, President and CEO of Athena GTX Incorporated in Johnston, Iowa. He has been here with us talking about the importance of telemedicine, some of the barriers and the benefits to telemedicine technology. And some of the ways that he’s been working to get decision makers on board to get to technology much more wide spread in the civilian medical world. It’s been great having you here with us today doctor.

D: Oh thank you very much.