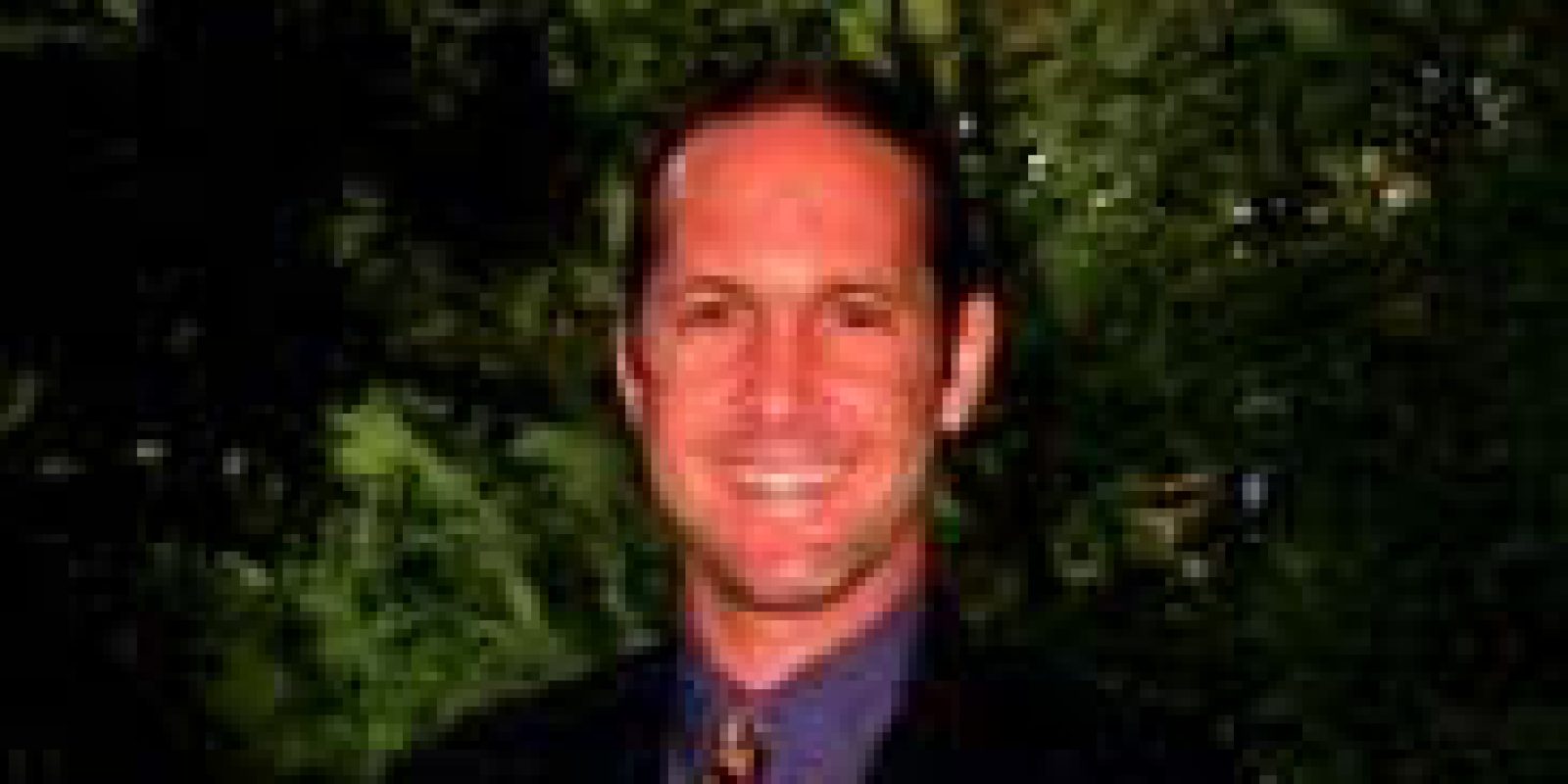 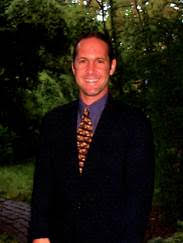 Segment overview: Dr. Michael Feld, a Child and Adolescent Psychiatrist discusses how to explain to teachers and other parents that ADHD is a treatable neurobehavioral condition.

Neal Howard: Hello and welcome to the program today. I’m your host here on Health Professional Radio, thank you for joining us. Our guest in studio is Dr. Michael Feld, Child and Adolescent Psychiatrist and he’s here in studio to discuss with us how to explain to parents that ADHD is a treatable neurobehavioral condition. Welcome to Health Professional Radio today Dr. Feld.

N: Now we hear about ADHD, ADD, children in school having problems, adults not being able to hold a job. What exactly is ADHD? And maybe we can clear up some of the misconceptions about it.

F: Okay, well that’s a great question to ask. ADHD is a very common neuro-biologic disorder. What ADHD involves is a constellation of symptoms that include a high level of inattention and distractibility with or without a lot of over activity and impulsivity and these symptoms aren’t accounted for due to other reasons, they’re just basically due to nerve biologic issues that drive them in the prefrontal cortex. These symptoms to meet the criteria for ADHD have to cause impairment and people’s functioning, children, adolescents and adults so if you see any symptoms that interfere that are along those lines we look at the possibility of diagnosing ADHD.

N: Are the symptoms of ADHD and ADD interchangeable or is there a start difference between the two or is it a simple small behavior that separates them?

F: Actually with the current psychiatric nomenclature everything would be called ADHD. There are actually three presentations or subtypes of ADHD. There is a combined subtype which would include inattention, distractibility with significant impulsivity and hyperactivity and then there is an inattention, inattentive distractible only subtype and the least common is hyperactive impulsive subtype. They can see ADHD present in three different ways but children and adults obviously experience a persistent pattern any of these symptoms but are severe enough to interfere in more than one area, function at home or at school, social and other areas of life.

N: Are there symptoms that mirror ADHD and if so how often is this misdiagnosed and how much of a problem is that for someone who’s trying to maintain a life under in this diagnosis?

F: Obviously there are other reasons that people would have difficulty with inattention, with distractibility, possibly impulsivity and over activity so that the key is to obviously have a clinician that’s able to separate apart what is ADHD versus how these symptoms can present. Someone that has difficulty sleeping or depression or anxiety or even a thyroid issue or blood sugar issues, there’s reasons that you can see these symptoms. What separates out ADHD is that there’s really a persistent pattern in these symptoms that began early in childhood and can persist throughout life that interfere with functioning and aren’t accountable to these other reasons.

N: So how invasive is a diagnosis of ADHD, is it at all invasive? How exactly is it diagnosed and how can you reduce misdiagnosis?

F: That’s a great question. Well one let me give you the idea that ADHD is as we’re talking about it we know it’s a treatable medical condition but it’s thought the most recent data shows that approximately 4.4% of adults in America or ten million adults and approximately 11% of children aged 6 to 17 which is approximately 6 million children at some point meet the criteria for diagnosis of ADHD. So the way to diagnose ADHD is obviously bringing together multiple areas of information but ADHD is truly a clinical diagnosis but our clinicians trained are capable of diagnosing ADHD would not only use interviews if it’s a child, they would use interviews with the child and their parents but then they would also put together data from let’s say school report cards, teacher reports, the use of rating scales, psychiatric rating scales that we use, maybe the results of a neuropsychological evaluation, maybe the results of some computerized tests that can help indicate whether somebody may have ADHD. So the trick to diagnosing ADHD is combining, is looking at symptoms throughout and looking at reasons, presentation of ADHD from multiple sources and then ruling out other causes and then obviously if you’re skilled enough obviously hopefully be more accurate in diagnosing ADHD. I’m sure there are clinicians that struggle with accurate diagnosis but the key to diagnosing ADHD or to having a proper diagnosis would be to find a clinician that’s capable and very secure and experienced in diagnosing ADHD.

N: You being an expert in adolescent, child and adult diagnosis, do symptoms present in different ways as a person say actually they have ADHD, they’ve not been diagnosed as a child nor as an adolescent. Are there symptoms that present themselves in an unrecognizable pattern, does that pattern change distinctively as they progress in age or does it stay the same? Is it the same test, the same methodology to diagnose regardless or are we just looking for the disease itself or how much personality’s involved in the diagnosis?

F: Personality of the person diagnosing or the patient?

N: Well both, you talk about a high level of skill and confidence being involved on the clinician’s part and I’m sure that a person who has ADHD is gonna have some personality traits that need to be addressed in conjunction with the diagnosis itself.

F: Right, absolutely. So to answer your question, the symptoms of ADHD often do change as you age and go throughout life so obviously a clinician has to look for that impulsivity and an adult might show itself a little less as you age. A young child might run on to the street without looking both ways to chase a ball and an adult might not be as impulsive but they might show the impulsivity in different manners or they’re might be a little more emotionally impulsive. So the trick for diagnosing ADHD in adults is looking for early signs and symptoms of how they presented as kids but also recognizing how inattention, distractibility and impulsivity and over activity is manifesting itself in the adult. But you do have to recognize that the same symptoms that you might look for in a kid are not gonna show themselves always exactly the same as in adult and it’s not that hyperactivity and the impulsivity often change more as you get older and often improve. But the inattention and distractibility often continues but with differently in adult in a job setting and a classroom setting.

N: I was wondering how much difference there is when you tell a parent what they should be looking for and a teacher what they should be looking for? How much of a difference, I mean one is your child, you’re the caregiver, their guardian, the other it’s your job to teach the child and protect the child while they’re at school only. When it comes to looking for symptoms, how much of a difference in what you would explain to a parent as opposed to a teacher when it comes to children?

F: Right. What would do, you would obviously explain the same type of symptoms you’re looking for but the teacher’s seeing the child in a structured school setting so you’re gonna instruct the teacher what to look for in a classroom setting. Whether it’s inattention or distractibility or impulsivity, you’re also gonna have them look for how the child interacts socially in at recess and in another areas but they’re only gonna see the child in a school setting. They’re also gonna obviously give reports about whether the child’s getting his homework and how organized they are, how productive they are with school, what they see in test taking and just other classroom behavior. With a parent you’re gonna not only obviously instruct them to look at the same symptoms but you’re gonna be instructing the parent to look at all areas of the child’s life including school, including social relationships and even religion, going to church, going to temple, what it’s like for them, in athletics, what it’s like for them getting along at night in the family. So with parents you’re really broadening the areas of life that they have to see how their ADHD is interfering. With the teacher you’re really honing them into how it’s effecting school, school functioning and behavior.

N: Where can we go to learn more about ADHD on the internet?

F: Well I mean I think there’s multiple sites that the kid will be reading about ADHD is to look at a solid medical website or to look at the areas in the internet where you know the thinkers and the professionals and the experts in ADHD are putting data on. It’s also important to recognize that if you like you could go to pharmaceutical companies’ websites and read about the research and it’s obviously fair and balance and you can look at the information and data on medication there also.

N: Well it’s been a pleasure talking with you this afternoon Dr. Feld and I thank you for joining us here on Health Professional Radio.

N: I’m your host Neal Howard. Transcripts and audio of this program are available at healthprofessionalradio.com.au and also at hpr.fm and you can subscribe to this podcast on iTunes.