Free Your Child from Overeating Without Discussing Their Weight [Interview][Transcript] 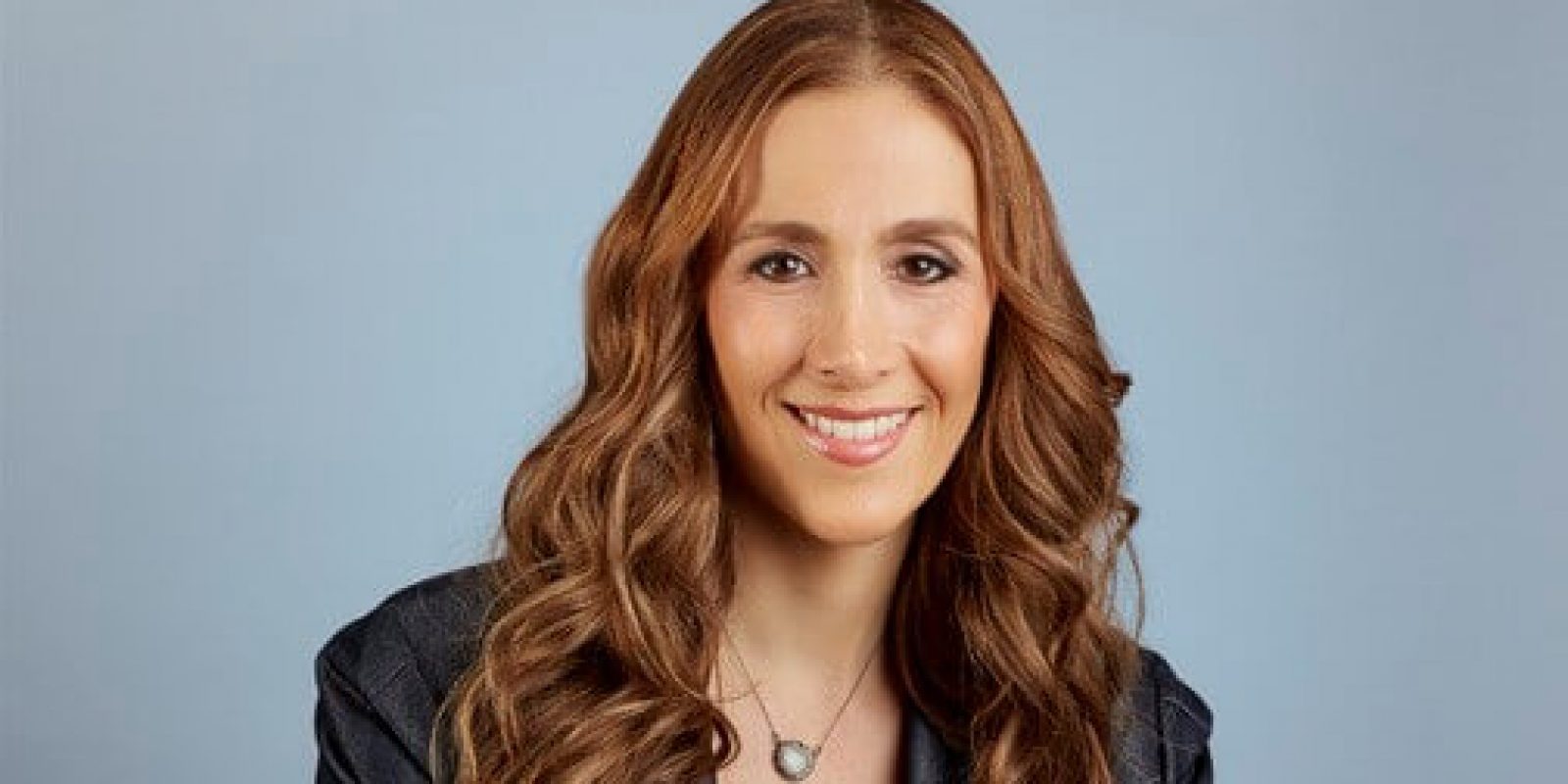 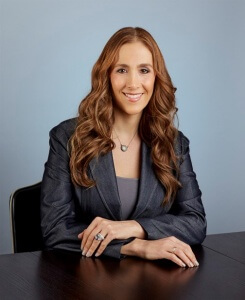 Segment overview: Dr. Michelle Maidenberg, PhD, talks about her new book, “Free Your Child from Overeating: A Handbook for Helping Kids and Teens”, which gives parents ways to help their child with overeating without discussing their weight and other mindful ways to make healthy changes.

Neal Howard: Hello and welcome to Health Professional Radio, I’m your host Neal Howard. Thank you so much for joining us here on the program. Our guest is Dr. Michelle Maidenberg, she’s here to discuss her book, Free Your Child From Overeating: A Handbook for Helping Kids and Teens in which she gives a parent’s ways to help their kids with their overeating problems without discussing their weight and other mindful ways to make healthy changes. Hello and welcome to the program Dr. Maidenberg.

N: Thank you. Now you’re the Author of a brand new book, Free Your Child from Overeating: A Handbook for Helping Kids and Teens. Talk about why you wrote the book and who is your audience exactly?

M: The reason I wrote the book is what I was finding is there really isn’t enough talk about psychological barriers to weight loss and weight management. So I really feel that it’s kind of the missing key, in another words we have a lot of resources out there. People know how to lose weight but they really don’t maintain it over time. When I do workshops I ask people “How many of you have lost weight?” And a lot of hands go up and then I ask them “How many people sustained it?” And all the hands go down. So the question is why is it that people know how to do it, they actually do do it and they don’t sustain it over time, so it addresses that.

N: You’re talking about people not maintaining their efforts over the long run. Is it because it’s a physical thing that you’re too tired or is it a mental thing or is it a combination of the two?

M: It’s a combination of the two. We need to know how to do it of course we need to know about nutrition and health but we also besides knowing how to do it we need also to understand what kind of trips us up in the process. This book can be, it’s helpful for parents, it’s helpful for kids, practitioners use it as well so physicians, health care advocates, physical therapist, nutritionists so it really could be used either parents on their own, parents with kids, kids on their own in all different kinds of ways.

N: Unhealthy eating habits often lead to obesity or at least being overweight. Talk about some of the mental aspects, I guess the embarrassment of being unhealthy or overweight especially for preteens and teens. How to get that conversation started, bringing them out of their shell either with the parent or the parent with them or maybe your health care professional who you’re looking to for some advice?

M: So in terms of how it impacts, you said mentally. It definitely impacts obviously there’s a lot of studies shown that it affects self-confidence, puts kids at high risk for obviously for long term health issues and challenges. It also leads to probably to social issues, mental health issues, these are all studies that’s been done overtime. So it’s important to be addressed, I mean we know that. In terms of who should be talking about it, quite often physicians are the ones who bring it up to their patients but often what happens is and I find this even in schools. So they’ll do these fitness tests and then they’ll just give the results but they don’t say what to do about it. Although give them a couple of tip, “You need to exercise more, okay?” How’s that gonna happen, right? So kids know what they need to do, they don’t know how to do it, it’s the same sort of thing. So it’s not just a matter of parents or physicians telling kids what they need to do, it’s a matter of showing them what to do, it’s a matter of role modelling for them, it’s a matter of really concretely giving them tools and skills so that they could be successful at it because then you just again spinning your wheels and kids just feel frustrated coz they know they should be doing it, they’re not doing it coz they don’t quite know how to do it, they don’t really have support for it and we even feel it. For example there are groups for adults like weight watchers and other kind of facilities that have support groups for adults, there’s absolutely no resources for kids at all. So it’s very isolating too, when I ran my group here for kids and for parents one of the things that they did express is how isolating this is for these kids and they felt so supported and reassured that they had other kids to talk about these issues with because they felt it would normalize it for them. They realized there’s other kids going through the same types of issues because nobody really talks about it it’s embarrassing, it’s shameful and again there’s a lot of hopelessness connected to it because of having the lack of resources.

N: Don’t you have to believe in what you’re telling the child or does your book explain to a parent how to convey these habits and these ideas to a child who maybe some of these aren’t, you didn’t grow up with them, you don’t really feel that way but you since become enlightened? How do you sell something that you haven’t necessarily bought?

M: Well that’s why the book is so helpful because it does connect parents and kids. In another words they’re learning the skills together, they’re speaking the same language, they have the same tools and it allows them to communicate with each other in the same level and that’s what’s been communicated to me about the book too, it’s really bonded because they’re also working towards the same goal and they’re collaborating. So there’s also like bonding, a connection that happens but parents are not expected to know. We’re not taught how to work on our health, we’re not taught how to parent for that matter. Sometimes we learn, unfortunately it’s like I’m on-the-job training, so if you have a set of skills where you could actually have awareness and understanding all the more why you would want to kind of take advantage of it so that you can show that with your child. And they’re not expected to know like I said before, but in each chapter there’s a section at the end that says “Check your baggage” for example. So parents are really challenged to really think about what they’ve been taught and what they’ve read and how they’re thinking about the material, how it’s affecting them personally. So they have the opportunity to process all of that which is really helpful because as parents we have thoughts and feelings. I had just recently, this is really interesting, it’s summer time so I had this mother call me and she was really concerned because her daughter wanted to wear a bikini and her daughter is overweight and she didn’t know how to handle it. And she said to me “I don’t know what to do, my daughter doesn’t seem to have an issue with wearing a bikini.” So I said “Well then whose issue is it?” So she said “I guess it’s mine” and I took the conversation to her to really kind of open up about that and I said so she said “Well I don’t know if she quite fits in it.” I said “Okay, if your child is trying on a pair of pants and it didn’t quite fit them, would you allow them to purchase the pair of pants? No, right? Or a pair of sneakers for that matter or a pair of shoes. You wouldn’t do that because that’s just, we don’t buy things that are small enough so that we have, right? “So I said “Why is that different then a bikini? Like let her buy a bikini that’s modest and that covers more than it needs to cover and that she feels confident in but base on the fact that she wants to wear a bikini and she feels comfortable in it, if you don’t allow her to do that you’re basically judging her and you have to think about whether that’s your problem or her problem.” And it was really hard for her because she came to the realization that there was some level of shame and embarrassment that she felt about her daughter wearing the bikini, it really wasn’t about her daughter.

N: Explain how your book touches on balancing a healthy lifestyle with letting your child express themselves image wise the way that they feel comfortable.

M: Well so it isn’t about weight because we stress so much about weight and about diet and yeah because when we do that again it’s an expectation, it’s a judgement that we’re making about our kids. You need to fit into, right? We have ideas socially what like images whether in magazines and all over the place where this image of what we’re supposed to look like and we buy into that ourselves. So it’s not about their weight per se, it’s about living a healthful lifestyle that’s really what my book stresses about and how to forge those skills so that kids could be cognizant and aware and have knowledge about how to do that, we’re not looking to necessarily prototype them in any way because that’s not helpful for anybody and we’re just buying into obviously the culture and these body image issues.

N: And where can our listeners get more information about the work that you do and get a copy of your brand new book, Free Your Child from Overeating: A Handbook for Helping Kids and Teens?

N: You’ve been listening to Health Professional Radio, I’m your host Neal Howard. We’ve been in studio with Dr. Michelle Maidenberg, here discussing her brand new book, Free Your Child From Overeating: A Handbook for Helping Kids and Teens. Transcripts and audio of this program are available at healthprofessionalradio.com.au and also at hpr.fm and you can subscribe to this podcast on iTunes.