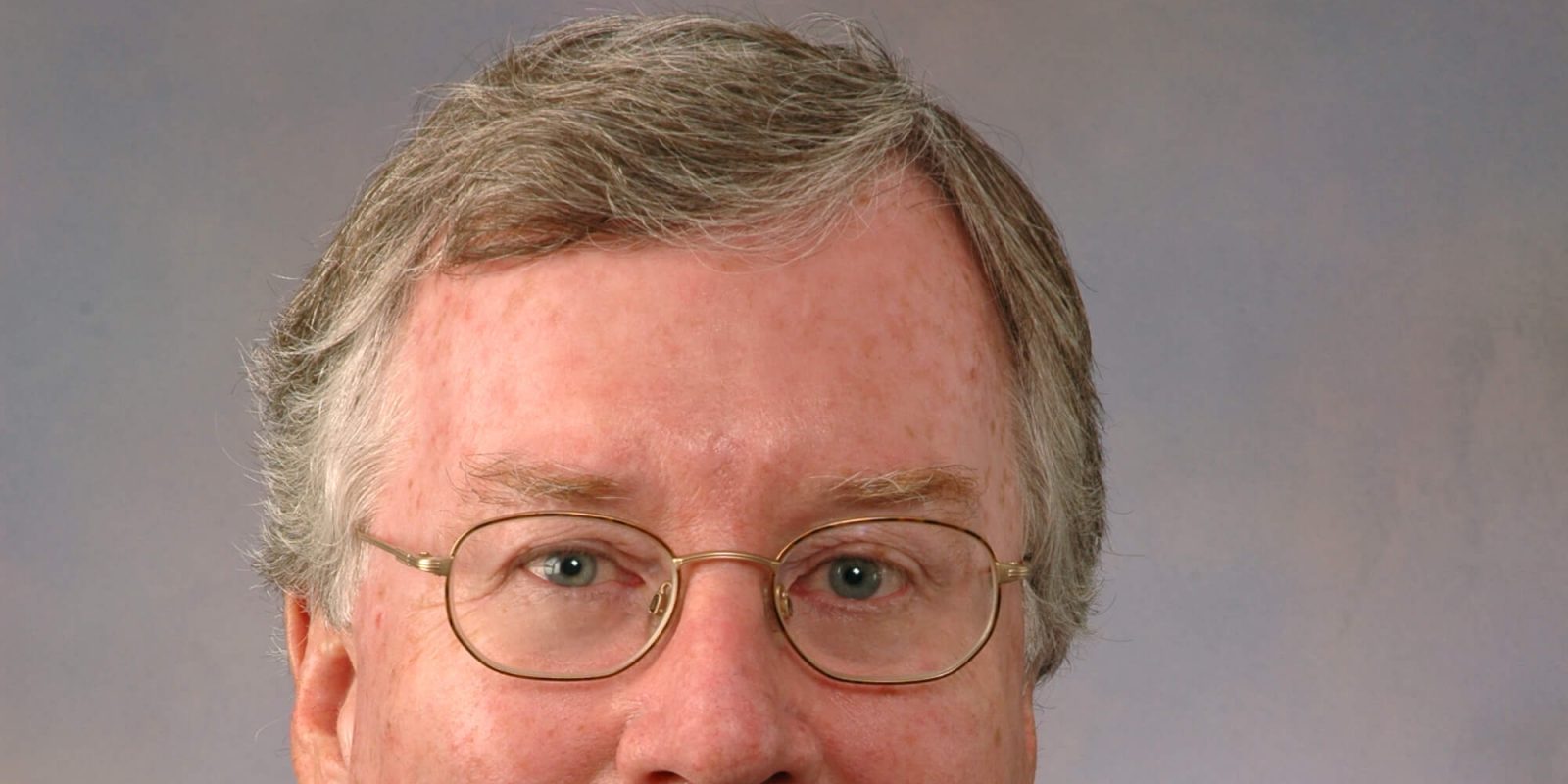 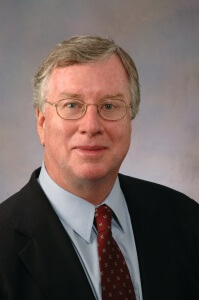 Guest: Dr. N. Lawrence Edwards
Presenter: Neal Howard
Guest Bio: Dr. N. Lawrence Edwards is a specialist in internal medicine and rheumatology, and serves as professor of medicine in the Division of Clinical Immunology at the University of Florida in Gainesville, Florida. He is also program director of the Medicine Residency Training Program and vice chairman for the Department of Medicine at the University. In addition, he is the chairman and chief executive officer for the Gout & Uric Acid Education Society.

Segment overview: Dr. N. Lawrence Edwards, MD, rheumatologist and chairman of the Gout and Uric Acid Education Society (GUAES), discusses the recent survey findings that show that only 29 percent of Americans correctly identified Gout as a form of arthritis and other misconceptions patients have about this condition.

Neal Howard: Hello and welcome to the program today, I’m your host Neal Howard. Thank you so much for joining us here on Health Professional Radio. Our guest in studio today is Dr. Lawrence Edwards, Rheumatologist and Chairman of the Gout and Uric Acid Education Society, also Professor of Medicine at the University of Florida. And he’s joining us in studio today to discuss some recent survey findings that show that many of us are, well absolutely wrong when it comes to identifying gout and many other misconceptions about this form of arthritis. Welcome to the program Dr. Edwards.

Dr. Lawrence Edwards: Thank you Neal. It’s a pleasure to be here.

N: Talking about the recent survey findings, who conducted the survey actually?

E: We have, the Gout Society has been in existence for 11 years now and every year surrounding gout awareness day which is May 22nd of each year. We generally put up a professional survey that’s conducted by several different groups really taking the pulse of both patients with gout as well as the lay public to better understand the thought processes, the prejudices against people with gout, the misunderstandings that society in general has about gout as well as misconceptions that gout patients themselves have. And this year’s we were primarily focusing on what patients and society felt the role of diet was both in the cause and the treatment of gout.

N: Well let’s start by talking about exactly what gout is. Now I just recently learned in actually looking at your information, your website and what-not, that gout is an actual form of arthritis. I had no idea as a matter of fact growing up I think I heard gout mentioned as some type of ailment of royalty or something, having something to do with salt, all sorts of things. So what is gout?

N: Now why do you think there so much misinformation or I guess misconceptions about something that is that prevalent in the population?

E: Well the myths have been out there for many, many centuries, in fact what you mentioned before the disease of royalty or the disease of kings this is how gout had been referred to and back in the 16-1700s in truth the upper strata of society were the people that got gout for a number of different reasons but mostly problems with overindulgence also of the type of wines that they drank were contaminated with lead and that was the problem as far as affecting the kidney’s ability to get rid of the uric acid which builds up in gout. So it was a disease primarily seen in the wealthier class. However it’s a pretty equal opportunity afflicted these days, it does the epidemic of gout and we’re truly in an epidemic. Incidence in this country has almost was more that than doubled in the last 20 years so it’s become very, very common and it parallels the obesity epidemic. That’s not to say that all people with gout are obese or all people with gout have bad dietary problems. That’s primarily a genetic disease but that genetic disease process plus dietary indiscretions can certainly lead to significant problems.

N: How often is gout misdiagnosed?

E: Well it’s very common for physicians and patients to feel that anything that affects their great toe is gout, that’s the old cartoonish representation of gout is somebody’s sitting around drinking wine with their foot well-bandaged up. It is true that gout that has a predilection for toes and fingers, whatever the coolest joints of the body are and those are the ones in the hands and the feet but lots of other things can affect the great toe, so that’s a problem. The other issue is with serum uric acid levels that most people know that there’s an association between a high uric acid level in the body and the likelihood of getting gout. In fact the higher your uric acid level, the more likely you are to get gout. But there’s a lot of people that have elevated uric acid levels that will never get gout. In fact only about 1 in 5 people with elevated uric acid levels get gout and so there’s this problem of over-diagnosing because any affliction of the great toes is called gout, there’s an over-diagnosis because of somebody has joint aches and pains and has an elevated uric acid, they’re called gout. On the other hand there’s lots of people with gout that aren’t truly recognized by their health care providers, sometimes because the patients themselves are a little embarrassed by the disease process and won’t report these terribly painful flares and attacks that they get and so they go unrecognized and untreated by their physicians and sometimes they’re misdiagnosed as other diseases.

N: Well let’s talk about some of the symptoms that are specific to gout.

E: Sure. When gout first presents itself, typically it comes on as a very rapid onset, extremely painful joint involvement, usually involving a single joint, usually in the lower extremities and men and these include the great toe but also the mid-foot and the ankle and knee can also be involved and it usually occurs in men in their 50s and 40s that’s the typical age of onset of symptoms, it can occur earlier, it certainly can occur later. In women it tends to occur decidedly later usually by a couple of decades that’s because of the estrogens that they have through most of their lives, it help keep the uric acid levels down but when this first attack comes on, it goes from a totally non-painful joint to an excruciatingly painful, most sufferers will call it a 9 or 10 out of 10 pain. It’s classically described as it’s so tender that patients certainly don’t want you to touch it, the bed clothing, anything that touches it hugely exacerbates the pain and this pain is so sudden in onset, it’s unlike anything else in joints, it goes from no pain to this maximum pain over a very short period of time usually within 8-12 hours it’s hitting its maximum intensity. And even infected joint which can be very painful don’t have that type of rapid onset. But pain in the joints, red, like I say just excruciatingly tender to touch, the patient doesn’t want to be moved at all. This level of pain will typically stay elevated that high for 3-4 days and then gradually will undergo a self-resolution so that by the end of the week or 8 days the toe or the other joints are back to normal. So it’s a flare of the disease and then it disappears for some period of time on average about 10-11 months and then has a recurrent either in the same joint or some other joint. So this is the kind of very classic, typical gouty presentation.

N: Now if this pain is that severe over that short of period of time and then once it, as you say self-resolves itself, you’ve got almost a year before another onset. Is there normally a pattern or does it vary from patient to patient and can the pain persist for much longer? I guess and if, if it is that painful what exactly is the treatment? It sounds like it’s just something that you maybe have to live with for the rest of your life.

E: No, it’s certainly not that. There are great treatments for gout, both for the painful crisis as well as lowering the uric acid to prevent these flares to coming on again and that approach, the lowering uric acid part is really the main core of therapy and that’s one of the reasons that this disease is a poorly treated is that very few, less than 50% of patients ever get started on uric acid lowering therapy and those that do aren’t really given the right information or the right incentive of why they should stay on these medications lifelong. And so they don’t take them as directed or they become inconsistent with them and then the gout comes back. So lowering uric acid is the most important thing. For the pain, the treatments there’s some very traditional ones, some go back 3000 years to Hippocrates, he is the extract the crocus plant which we still use today in the form of the medication called colchicine for treating gout back in most ancient days and it’s still used today. Anti-inflammatory drugs like the type we have would encounter these days are commonly used and there’s some more sophisticated newer therapies that really approach the biology of the flare up, one of the cytokines that’s involved IL-1…inhibitors that are very effective for rapidly diminishing the pain of these acute attacks.

N: You’ve been listening to Health Professional Radio, I’m your host Neal Howard. And we’ve been in studio this afternoon talking with Dr. Lawrence Edwards, Professor of Medicine at the University of Florida also a Rheumatologist and Chairman of the Gout and Uric Acid Education Society. And we’ve been in studio discussing some recent survey findings that show that very few of us are actually that familiar with gout and he’s been talking about clearing up some of the misconceptions about gout. We’ve been talking about the treatment and some of the symptoms as well. It’s been great having you here with us today Dr. Edwards.