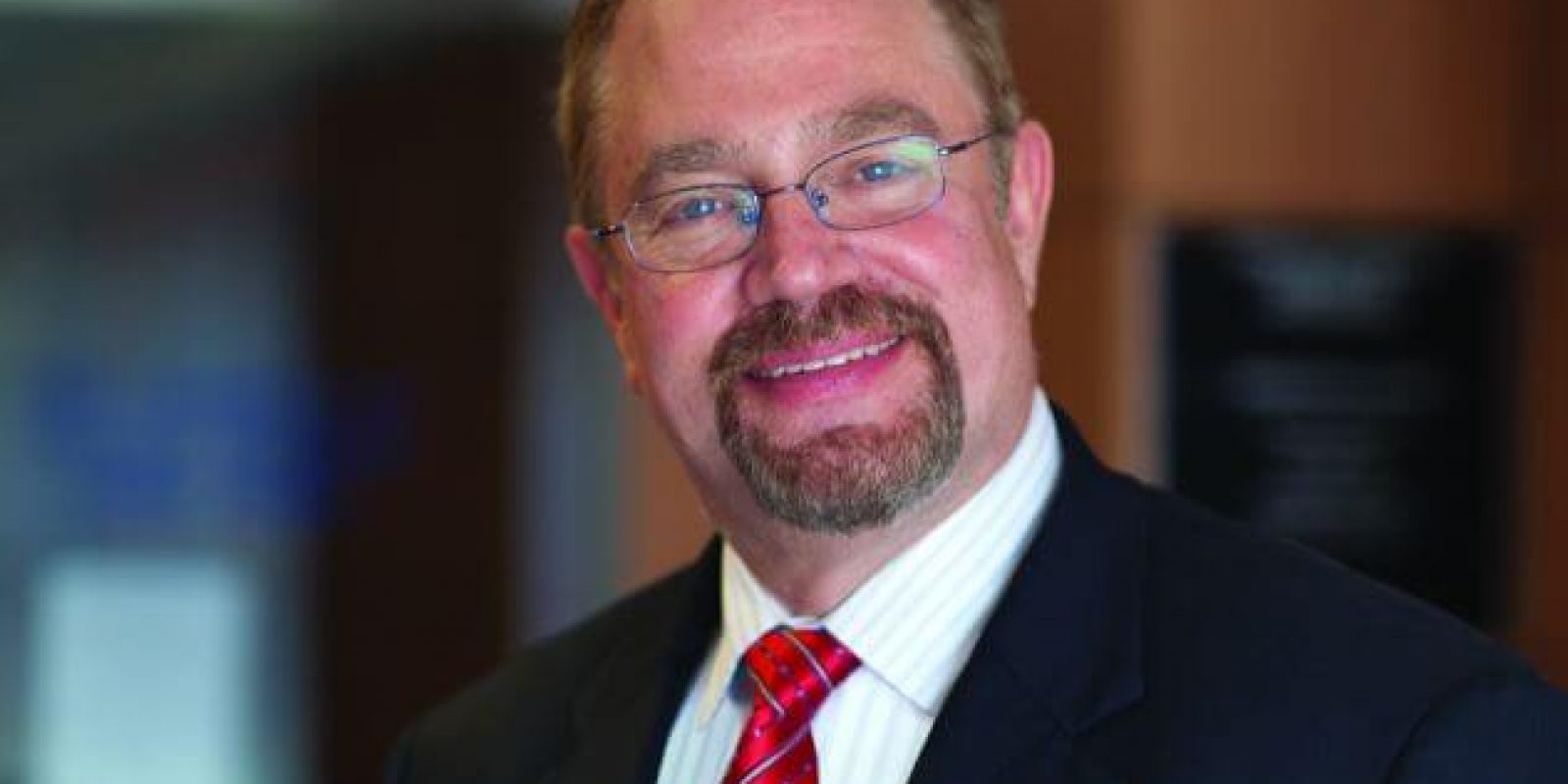 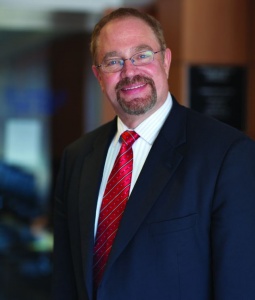 Segment overview: Dr. Richard Lipton, Vice Chair of Neurology, Professor of Epidemiology and Population Health Director of Montefiore Headache Center, talks about the Chronic Migraine Epidemiology and Outcomes (CaMEO) Study that looked at the differences between the way men and women react to migraines.

Neal Howard: Hello and welcome to the program today, I’m your host Neal Howard. Thank you so much for joining us here on Health Professional Radio. Our guest in studio is Dr. Richard Lipton, Vice Chair of Neurology and Professor of Psychiatry and Behavioral Sciences at the Albert Einstein College of Medicine, also Population Health Director at Montefiore Headache Center. And he’s with us today to talk about the Chronic Migraine Epidemiology and Outcome Study or CaMEO Study that looked at the differences between the way men and women react to migraine headaches. He presented those findings last month at the Annual American Headache Society Scientific Meeting that was held in San Diego. Welcome to the program, Dr. Lipton.

N: Now your specialty is in headache?

L: I’m a neurologist, that’s my medical specialty but my sub-specialty within neurology is Headache Medicine.

N: Were you the head of this CaMEO study or were you just involved?

L: No. So I’ve directed the study, developed the survey and the study is a one longitudinal web survey where we screened hundreds of thousands of Americans and identified a large group of people who had either episodic migraine or chronic migraine.

N: Did it focus on specifically the way that men and women, the differences between men and women as they relate to migraine or is this something that was discovered as a result of the study?

L: So the study had a broad focus. We wanted to look at differences between people with episodic and chronic migraine in terms of disease burden, patterns of treatment, comorbidities, healthcare utilization and we did have an interest in gender differences that wasn’t the primary focus of the study.

N: Was this the first time that this study was conducted in an in-depth manner or is this expounding on past studies?

L: Yes, so we’ve known for a long time that migraine overall was more common in women than it is in men and in fact 18% of American women and 6% of American men have migraine. We confirmed numbers in that range in the CaMEO Study. Frequently people look at that information and say “Well migraine is a woman’s disease.” Because it’s three times more common in women than it is in men but it is hard to think of another neurologic disorder that affects 6% of the general population. So our perspective is that although migraine is more common in women, men suffer from migraine at very high rates and viewing migraine as a women’s disease has a number of negative consequences.

L: Right, so that’s a common question. So migraine headaches are defined by both the profile of pain and patterns of associated features. So one hallmark of migraine is that the headaches are recurrent, people have repeated episodes over weeks or months or years of their lives. The pain is usually one-sided, usually pulsating, usually moderate or severe in intensity and inevitably associated with some combination of other features. Those features might include nausea, sensitivity to light or sound, or characteristic neurologic manifestations like seeing spots of white or zigzag lines or experiencing tingling or numbness and those neurologic features are usually referred to as auras.

L: So auras have characteristic features, they’re usually visual but they can be sensory and consist of tingling and numbness. They can be motor and consists of weakness at one side of the body, but the overwhelming proportion of auras involve vision. It’s important to say that if people have visual aura or sensory aura they’re much more likely be diagnosed than if they don’t have aura on the one hand. But on the other hand most people with migraine don’t have an aura and a major reason for under-diagnosis of migraine is the mistake in belief that aura is a required diagnostic feature.

N: Is this something that is often misdiagnosed or are you saying that a misdiagnosis is usually attributed to that particular thing?

L: Those people who have migraine in the United States, perhaps 65% have received a medical diagnosis of migraine and if you ask what kind of headaches they’ll have, they’ll say “Well my doctor told me I have migraine.” But that leaves 35% to go undiagnosed and one of the findings from our study is that men with migraine were less likely to be diagnosed than women with migraine and that’s one of the negative consequences of the belief that migraine is women’s disease. It leads to underdiagnosis of migraine in men if doctors are thinking migraine is a woman’s disease, basically a man with migraine then maybe more likely to miss it. Another factor that leads to underdiagnosis is the mistake in notion that aura is required to make the diagnosis when in fact only 20-30% of people with migraine have aura.

N: Is there an age where migraine seems to be more prevalent? Or is this something that can affect you at any age?

L: Migraine can affect you at any age but prevalence peeks in the population in middle life between the ages of 35 and 55 and that’s true in men and women. Migraine usually begins in childhood or adolescence so it’s a condition of early onset and the fact that prevalence peeks so much later than migraine begins teaches us that migraine is a condition of relatively long duration.

N: What are the ways in which it presents itself in men and women? What are those differences? I’ve heard that women are more likely to be diagnosed of a heart attack because they simply say “Hey I’m having a heart attack.” Whereas a man might excuse himself from the table and go die in the bathroom. And this is something that I’ve heard, nothing that I know for a fact. What types of behaviors alert a health professional above and beyond the aura or the lack thereof?

N: And in wrapping up, let’s talk about the Headache Center.

L: Sure, so the Montefiore Headache Center was the first headache sub-specialty center established anywhere in the world. It was established by a guy named Arnold Friedman to treat returning World War II veterans who had post-traumatic headache and the center was established in 1945. Since then, the focus of the center has been on a much broader range of headache disorders, most commonly migraine and chronic migraine but also cluster headache, trigeminal neuralgia and a variety of other disorders. We take an interdisciplinary approach so the center employs neurologists, health psychologists, we work with anesthesiology, radiology and many other neuro surgery and many other specialties because we believe the key to effective treatment is accurate diagnosis and all the diagnoses is usually clinical based, mostly on a careful history and a neurologic examination imaging and other kinds of diagnostic modalities. They’re sometimes quite helpful and it’s a wonderful luxury to work in a sub-specialty center with lots of expertise. The Montefiore Headache Center has a website which can be found simply by looking at montefiore.org and going to the Headache Center and the American Headache Society also has a website and the American Headache Society is the leading professional organization in North America for healthcare professionals interested in treating headache disorders. We publish a journal cleverly named Headache which is a high circulation journal which provides lots of information for headache interested professionals and we do a couple of medical education programs every year that are national meetings and we do regional symposia for healthcare professionals who want to learn more as well.

N: Thank you. You’ve been listening to Health Profession Radio, I’m your host Neal Howard. We’ve been in studio with Dr. Richard Lipton, Vice Chair of Neurology, Professor of Psychiatry and Behavioral Sciences and Population Health Director at Montefiore Headache Center. And we’ve been discussing the chronic migraine epidemiology outcome study or or CaMEO Study that looked at the differences between the way men and women react to migraine headaches. Doctor Lipton presented those findings at the Annual American Headache Society Scientific Meeting that was held in San Diego this past June. It’s been a pleasure talking with you this afternoon Dr. Lipton.

L: The pleasure is mine, thank you so much.