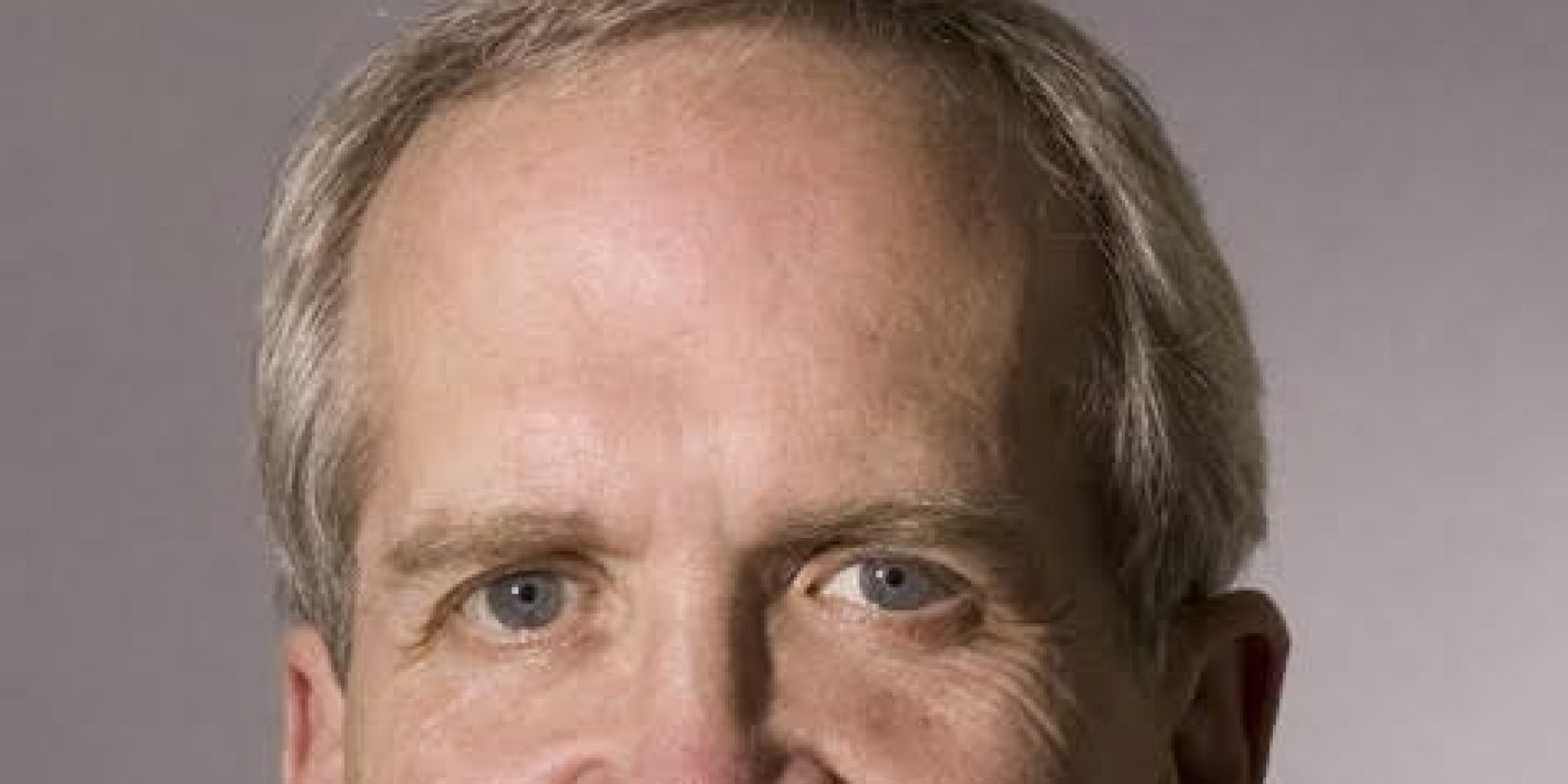 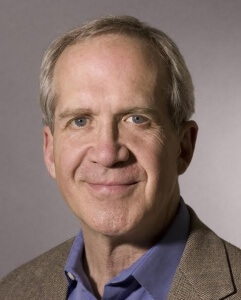 Guest: Dr. Richard Shane
Presenter: Neal Howard
Guest Bio: Richard Shane, Ph.D., has been a psychotherapist for 35 years. He is the Behavioral Sleep Specialist for New West Physicians, Colorado, with 85 physicians serving over 170,000 patients. From 2010 through 2014, he was the Behavioral Sleep Specialist for Lutheran Medical Center Sleep Center in Denver. Dr. Shane discovered specific body sensations that are neurological switches for sleep. He further researched the neurophysiology of sleep and developed the Sleep Easily Method.

Segment overview: Dr. Richard Shane, Phd, talks about the additional steps health professionals can take to support good sleep and how they may help their clients experience the health benefits of good sleep.

Neal Howard: Hello and welcome to Health Professional Radio. I’m your host Neal Howard, thank you so much for joining us again today. Our guest in studio today is Dr. Richard Shane, he’s been a Psychotherapist for 30 years, he’s currently Behavioral Sleep Specialist for New West Physicians Colorado, 85 physicians strong serving over 170 thousand patients and he was Behavioral Sleep Specialist for Lutheran Medical Center in Denver from 2010 through 2014. He’s here to talk with us about his newly launched non-drug based sleep solution called Sleep Easily. How are you doing today Dr. Shane?

Dr. Richard Shane I’m doing very well Neal, thanks for having me.

N: We hear a lot about the importance of sleep. Many of us were raised on the notion that 8 hours of sleep and that’s the way it is. We’ve heard about sleep hygiene, make sure that your environment is conducive to good sleep before you ever try to sleep, we’ve count sheep, we’ve done all of these things. A lot of it just flat doesn’t work and especially as a Health Care Professional it’s important to get at least the amount of sleep that you need in order to make those crucial decisions that we as patients count on. What is your background and how did you become interested so deeply in sleep?

S: So Neal I’ve been a Psychotherapist since late 1970s and I mentioned this in an earlier segment but I’ll mention it again. Early 1990s I had a life crisis, developed Insomnia, a horrible Insomnia, spent years navigating my way through it and in the process I made some discoveries about how the mind and body actually fall asleep. I developed The Sleep Easily Method and then was offering the Behavioral Sleep Therapy for people but as satisfying as it was, I was bothered by something and I was well I can help X number of people per week but the statistics are from the National Sleep Foundation polls 85 million Americans have trouble sleeping, 85 million. And so I was just pressed to, can I take this method which is so clear and simple and it doesn’t involve hypnosis and create a Learn at Home program so that we could potentially help millions of people and that’s what we’re doing now. And when you talk about trying all those things, counting sheep, well this term Sleep Hygiene, a lot of people have heard it or call it Good Sleep Habits, it’s the common sense stuff. Slow down before bed, make sure your room is cool and dark but as you pointed out most people who try that, especially the difficulty sleeping, most people say “It’s good but it is not enough.” So what Sleep Easily is about is after you’ve done whatever you can that’s good and your head’s on the pillow, there is a simple way to approach and then to actually cross over the threshold into sleep. It’s all explainable and it doesn’t involve hypnosis, it’s so clear and simple most people go “Oh this is fascinating and I understand it and it works”.

N: Now before we move further what if you find your head on a pillow in a different time zone than you’re going to be in tomorrow or that you were in yesterday? I mean a lot of our Health Care Professionals that are listening are on the go to say the least.

S: That’s a great question. So what this does whether it’s for time zone or I also specialize in helping people who work unusual hours to the shift work, it just makes it easier to fall asleep even if your body says it’s not time for sleep. Coz the key again, I mentioned this in earlier segment, so much with has to do with the reaction that we have. So if we lie in there and having difficulty of falling asleep and then we get angry, or anxious, our inside going “I don’t know how to sleep”. All of that reaction, that’s what I call throwing gasoline on the fire, and with the method, Sleep Easily Method, you just lie there with the sense of “Okay I know what to do.” That calms the reaction and that makes sleep much easier.

N: Now with 1 in 3 people in the United States alone suffering from Insomnia, severe to moderate, what types of people did you test before having such confidence in this system and what percentage of those folks benefited from the Sleep Easily Program?

S: So in 2012 there was an independent study conducted with the Sleep Easily Learn at Home Program used by United Airlines pilots, Denver Police Department, Boulder Fire Department, a couple of veterans and the general population. And in that study 81.6% of the participants reported improved sleep and most of them reported their sleep began to improve the first night or the first couple of nights. When people go to our website, they can download that study report.

N: And these are some folks that are normally under in a bit of stress, Airline Pilots, Police Officers. Does it work for people that aren’t under as much or the same type of stress or it can be tailored that no matter what your stress level is?

S: Well we initially did the test deliberately with people with high stress levels to really put It to the test but yes it works for people with lower stress levels. It works even easier and one of the keys is as I said Neal the discovery is that I made over the 20 years plus of working with patients that the body’s sensations of sleep are the same in everyone. There’s this feeling of like a pathway of sleep inside your body and I show it to people in the Learn at Home Method and people recognize it.

N: So is this something that we’ve maybe forgotten how to do that you’re just kick-starting our biological, physiological memory as it relates to sleep? Or are these something they can be turned around if you’ve been a horrible sleeper your entire life?

S: Even if you’ve been a horrible sleeper your entire life there is a way that your body and mind know how to sleep in the same way that your body knows how to breath and I just show people it’s like kind of shining the light on this pathway and then people go “Oh that’s it! I recognize that feeling.” And it’s connecting people with something that’s already within them and then it’s easier to sleep.

S: Well it is very useful to reduce stress during the day where you can but there’s this cycle. You’re stressed and then you have difficulty sleeping and then you have difficulty sleeping that increases your stress the next day so my real focus is on how to sleep better to break that cycle because you get a good night sleep and you wake up feeling ready to take on the day and then the stressors don’t bother you as much. So it’s important, crucial to learn how to sleep well in the midst of stress and there’s an explanation on how you do it. When we’re stressed we get tension in our body and I show people how to feel a certain sensation in body, it’s this feeling of safety and comfort and how do you feel safety in a life that feels stressful? Well consider this example, if you were outside in a storm and you didn’t have the right clothing or whatever you’d be braised, it’ll be hard. You come inside and you can relax a little bit, now it’s still storming outside but you’re indoors protected. There’s a way to get that feeling in your body of having a place to go to inside your body that’s kind of safe and protected away from the stressors in your life and that makes it easy to fall asleep even in a midst of a stressful life.

N: Does your book tell physicians especially how to help their patients when it comes to taking those steps to sleep hygiene?

S: Yeah, the book covers sleep hygiene or good sleep habits. Certainly things you’ve read in magazines or other media but there are many, many, many tips in there that people have never thought of, most people. And all of that absolutely helps with sleep but as I said earlier after you do that, then your head’s on the pillow, what do you do then? And this gives you a simple way to approach and then actually cross over into sleep or if you wake up too early crossing over back to sleep and with that it becomes a familiar feeling you get to the point where you begin to wake up and you’re able to ease yourself back to sleep before fully awakening.

N: Now as we wrap up a couple of things, could you give us just an example of maybe a symptom of poor sleep habits above and beyond simply feeling a little bit fatigued? And then also let us know where we can get your Sleep Easily System.

S: One of the negative effects of poor sleep is irritability and this is a little bit common in our society well then invite your listeners to just examine if you feel more irritable, more easily irritated then you’d like just examine “Are you sleeping enough?” Because when you get a good night sleep you will find that one of the effects is, you just feel less irritable.

N: You’ve been listening to Health Professional Radio, I’m your host Neal Howard. We’ve been in studio this afternoon talking with Dr. Richard Shane about his recently launched new non-drug based sleep solution called Sleep Easily. Dr. Shane is currently Behavioral Sleep Specialist with New West Physicians Colorado with 85 physicians serving over 170 thousand patients. As a result of his own Insomnia he discovered the path to better sleep habits and has developed this new system that can be found at sleepeasily.com. It’s been great having you here with us today Dr. Shane.

S: Thank you very much for having me and on sleepeasily.com you’ll see many, many testimonials from people like you that this has worked for and as I said before it comes with the money back guarantee.