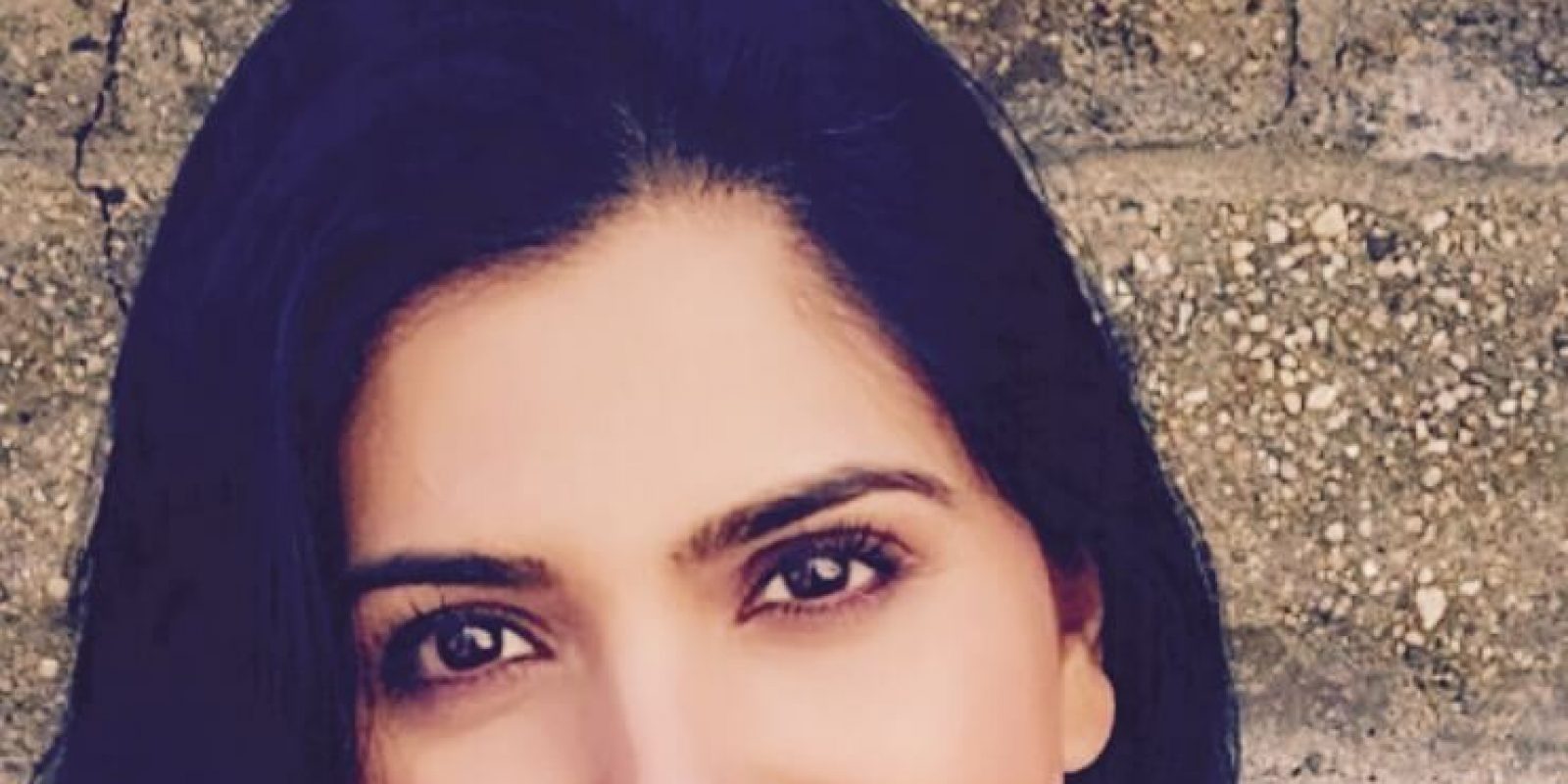 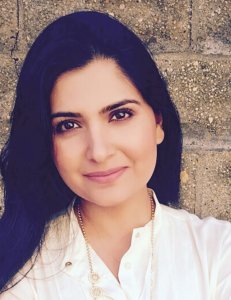 Neal Howard: Hello and welcome to Health Professional Radio, I’m your host Neal Howard, thank you for joining us today. Our guest is Dr. Sanam Hafeez, she’s here today to talk with us about PTSD, stress, anxiety, and also how social media plays a huge part in our relationships both personal and professional and how we can manage some of the anxiety that goes along with that. Welcome to Health Professional Radio Dr. Hafeez.

Dr. Sanam Hafeez: Thank you for having me.

N: Tell us a bit about yourself. I understand that you’re the Founder and Clinical Director of a practice.

H: I am a clinical and neuropsychologist. I found and direct Comprehensive Consultation Psychological Services in New York City and I’m a faculty at Columbia University.

N: Were you always interested in psychology or is this something that you in the medical school and decided to transition or is this have been like a lifelong dream of yours?

H: Always wanted to be a psychologist, as far back as I could remember and I kind of fell into neuropsychology and I loved the field that I chose to specialize in because it’s all about assessment, it’s all about evaluation. I truly believe that in any area of health, or anything else really, without a proper assessment, you can’t reach a solution. My field is all about the proper diagnostics, which in mental health is not as easy as a liver disease because we’re not necessarily a heart science. But we have a lot of tools that are disposed that a lot of psychologists either can’t use or don’t use and it helps with whether it’s medication or therapy and it’s a very important part of the treatment process.

N: As a professional, how do you normally get to the root of the issue with the client, when there are so many aspects of what could actually be going in with them?

H: I liked to believe that I’m really good at my job, I love my job, I keep a lot of interests and I take my responsibilities as a psychologist very seriously. So when I see a new patient, I delve very deep into a very comprehensive interview and I unearth some very deep-seated issues and they may come in for one thing and then turns out there is a whole host of issues that they weren’t even considering. And people did not realized, people have a great perception of other people’s life, they don’t realize what’s really holding them down and so when I do with this very intensive interview, they are amazed by the stuff that comes tumbling out of them. I would then, based on that interview, design a battery of tests whether they are cognitive, neurological, neuropsychological, or psychiatric whether it’s anxiety, or depression, or bipolar, and sort of a part of different things that are going on so we could say, “We got this, this, this and this how we would got this, this, this”, top down approach. Medication could be part of the treatment but there’s no such thing as one-size fits all. if we go straight into therapy or treatment, you get stuck with this standard dynamic and that’s not necessarily … for you and that’s why it doesn’t work, which is why people lose hope and give up on treatment so early on.

N: Talking specifically about PTSD, we hear that term quite a bit. We hear that Post-Traumatic Stress Disorder and we automatically well myself, conjure up these images of combat, maybe an officer on the street or maybe a traumatic car accident. Can you actually be diagnosed with a post-traumatic stress disorder when there’s simply things going on in a relationships that don’t necessarily involve physical damage or severe psychological damage?

H: That’s a very fine line. To be honest with you, I agreed with you. There’s veteran out there who’s possibly listening this and thinking, ‘please don’t say that PTSD can apply to just about everyone’ because PTSD traditionally the term refers to ‘shell shock’ or something that happened that is out of the realm of normal faith and causing extreme anxiety and it last for a long time. It causes hypervigilant, it causes nightmares, it increases constant states of anxiety. But people have characters going this turn around very casually and I don’t like the fact that it’s dangerous, this is not a casual term. But, it’s not to say that some people may be more prone to it. There’s something that you and I might not find traumatizing, someone else might and so from their experience, what they are experiencing, could be PTSD. So then the question becomes of, who are you to judge and decide well, ‘are you suffering from PTSD or not?’ Even though traditionally PTSD refers to catastrophic event. When someone goes to a break-up and decide PTSD, well that’s not necessarily considered the definition of PTSD, it has to happen. 9/11 caused PTSD, that was a traumatic event for us. But if you live in a war-torn region, or where it something like that happened on daily basis, you may not be traumatized by it because you somehow become a little more desensitized to it. So that’s the concept behind PTSD.

N: You mentioned 9/11 specifically, do you think in your professional opinion that a lot of the anxiety is caused by the speed at which we’re being given the information about what’s going on in the world, and in our lives, and in the lives of our family members and friends through Facebook and other social media platforms? Do you think that many, many years ago at least once the news trickled down to certain people, there was a transition period or sometime to get used to the new information before another traumatic thing instantly trended?

H: Absolutely, it’s a very common for people would say, ‘is it just me or there is some catastrophic event every day?’, No, it’s probably happened in 15 years ago or hundred years ago, we just then have a constant stream of media outlet that letting you know that it was happening. So yes, I think that’s part of the problem is that we are constantly in this anxious state because the only news we get to see is not about some miraculous birth of a baby, or how two people fell in love, or how a puppy save a little girl from a fire. That’s not a news that we’re bombarded with. We could have been bombarded with graphic images, horrific stories, catastrophic events of war, the election is obviously added on a great deal of stress to people. It’s a constant dream of it so you’re body has its fight-or-flight mechanism build into it. So flight-fight is your battleground, the adrenaline is up, the cortisol lives up because your body thinks it’s in battle mode. The body never gets a chance to unwind from that, it never gets a chance to come back down which is lying a big, big, big proponent, a big advocate of learning to detach from your cellphone and from the media. You have to learn to turn the TV off. You have to learn not to go on your Twitter, or your Facebook, or whatever your personal choices. I am a huge, huge advocate of saying, ‘when you get home, put your phone on ‘do not disturb’ and maybe allow like 1 or 2 very important phone calls’. Most people phones can do this now or if someone has your landline, people who want to reach you will reach you. If you have children especially, or if you have pet, so you just want to unwind and take a long bath, put that phone in adjourn and go about your business. Play with your children, cook a meal, relax, unwind. That constant stimulation never allows your brain to shut down. Don’t take that phone to bed, you cannot fall asleep. There’s such an uptake in people complaining about sleep problems, it’s because they take this phone to bed. They take their different laptops and those stuffs to bed. The blue light, we know from a scientific perspective, interferes in fair sleep. But on top of that, the constant stimulation of the brain does not like you being shut down and to go to a better sleep. So, you’re getting less and less quality of sleep and few hours of it.

N: Talk about how to deal with withdrawal symptoms when we try to detach from social media or the television.

H: I think, I may be wrong, I think people find, when they do try, I think they find it refreshing. I don’t think people have realized how much social media or the phone has taken over of their life. So let’s say your phone dies out, or let’s say it breaks, or let say you’re in some remote part of the world where there is no Wi-Fi and you can’t get on your phone for whatever reasons. I think you’d realize how much better your day was in some ways, how much you are able to relax, how much you are able to go and enjoy the weather outside or you play tennis after God knows how long, or you just ran around the park with your dog, or you took your kids to the ice cream parlor. Things that we don’t do because we’re kind of eaten up [by social media]. You don’t realize, you just think, ‘Oh, I’m just going to simply check this.’ If you add up the hours people spend on Twitter, or Facebook, or Instagram, or whatever they’re doing, they’re really eating a couple hours a day. They’re might feel a little bit of withdrawal, I think one of the other things that I suggest to people who listen, I understand like you said earlier on in this and another segment that people have to use of social media for work, as employees or employers. So I’m not going to say, ‘just throw your fun away’, that even social media. Social media has become an undeniably important part of our lives. What you can’t do is rushing it out like everything else. This addictive quality for social media which I think it’s all dangerous, because it keeps you so addicted and so thus feeling so stimulated that you just don’t know how to go away. You can rationale it, you could say, ‘you know what, I’m going to put myself on a diet today, I’m going to check Twitter, 3 times instead of 5-16 times,’ You can slowly go down and you’ve realized that you’re dependence on it will weaken with you implementing some of the measures on yourself.

N: And where can our listeners go and get more information about your practice?

H: They can go to www.comprehendmind.com.

N: You’ve been listening in the Health Professional Radio, I’m your host Neal Howard, in studio with Dr. Sanam Hafeez, and she’s been with us talking about some of the negative aspects of social media and how PTSD isn’t a term that is well one-size fits all. It’s been a pleasure talking with you today doctor.

N: Transcripts and audio of this program are available at healthprofessionalradio.com.au and also at hpr.fm, and you can subscribe to this podcast on iTunes.