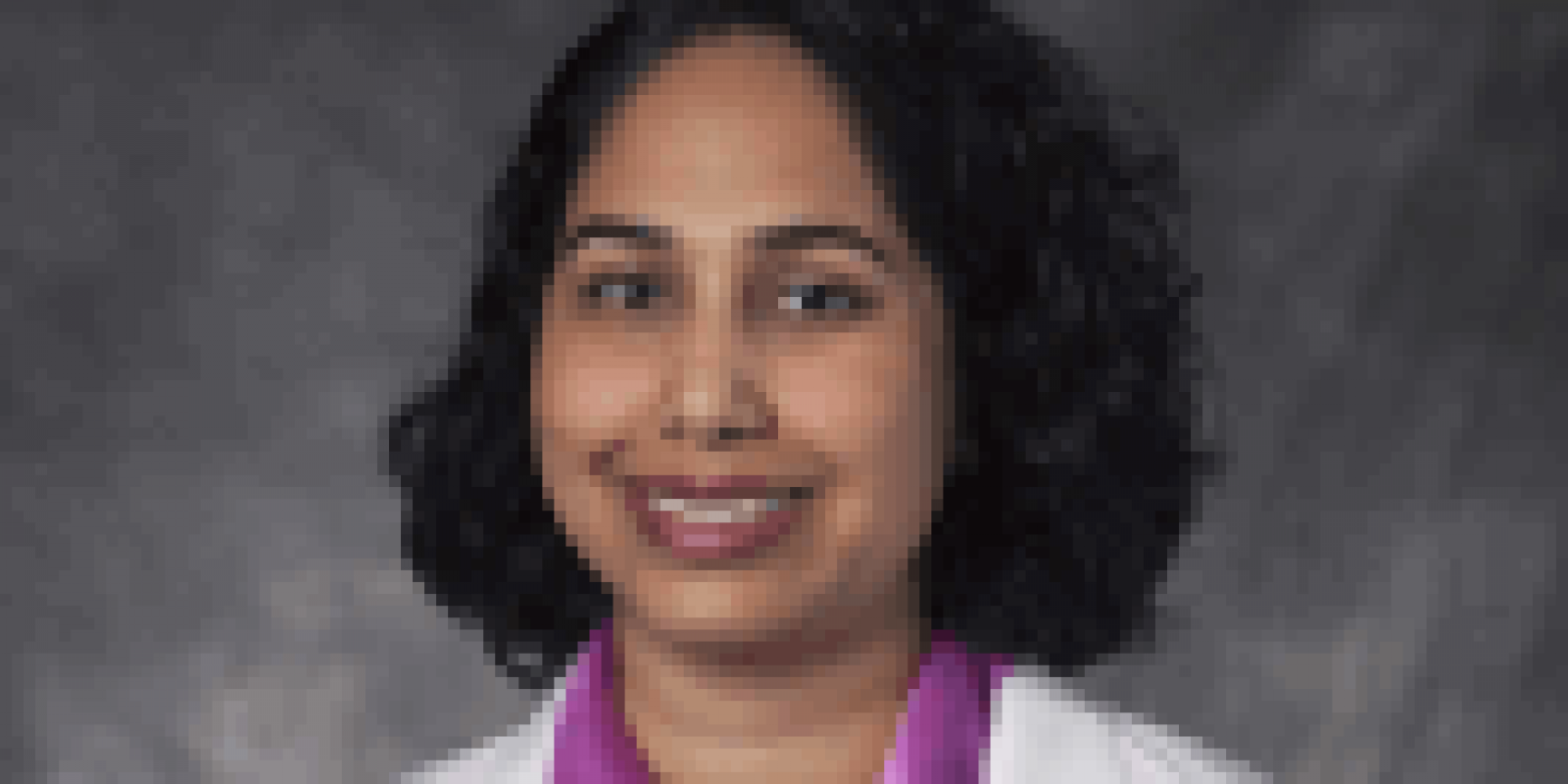 Neal Howard:   Hello and welcome to Health Professional Radio, I’m your host Neal Howard. I’m glad that you could join us here today. Approximately 70% of those being treated for an overactive bladder are living with symptoms of Nocturia. Now Nocturia is a distinct condition that’s characterized by repeated awakening from sleep to empty the bladder. Our guest in studio today is returning to talk with us about Nocturia, Dr. Tina Mahajan. She is the Division Chief of Female Pelvic Medicine and Reconstructive Surgery at University Hospitals in Cleveland, Ohio. Welcome back to Health Professional Radio Doctor.

Dr. Tina Mahajan:   Thank you for having me Neal.

M:   Most of us get up 0 to 1 time a night to urinate. But when we talk about bothersome, when it’s getting in the way of getting restful sleep and in most cases that’s two or more times a night, not including when you wake up in the morning and go to the bathroom directly. So these are times when you wake up that are preceded by sleep and followed by sleep.

N:   Are there certain conditions that cause a person to get up at repeated times at night to urinate that are not termed Nocturia? Or is Nocturia – Nocturia whether it’s an injury or some type of infection or something like that that’s causing you to get up so many times?

M:  Well it’s still Nocturia, it’s still define as Nocturia, but usually we don’t worry about something that’s only a couple of days say if you have a bladder infection. But there are definite conditions that make this worst. The biggest one being sleep apnea, in sleep apnea you’re not taking deep enough breaths or basically you stop breathing while you’re sleeping, characterized most often by people who snore quite a bit, very loudly, their partners also say they stop breathing and suddenly wake up and other things and in the case of sleep apnea when we don’t take in enough oxygen and are not breathing when we’re snoring it makes our body not release the hormone that makes our body not concentrate urine at night time. So we’re over producing urine at night, so we’re getting up. So our hardest working place is hard, we’re making more urine than we should at night and we’re waking up to urinate and hence some bothersome Nocturia in most cases. The other thing is can be issues with Diabetes, poorly controlled Diabetes, pain, so you have pain from other issues, an injury or surgery or just pain in general. But there are many things that can make us wake up at night, but usually Nocturia is just for getting up to urinate and the two big would be sleep apnea and Diabetes.

N:   Now I mentioned that 70% of folks that are suffering or being treated for overactive bladder are living with the symptoms of Nocturia. What would you say if the percentage of everyone, I mean as far as the population? How many of us are getting up too many times to go to the bathroom?

M:   If we look at the numbers, people who are bothered by Nocturia are about sixty-three million men and women in the United States. And that’s about 33% of women and 21% of men so it’s a huge population of people who are just sort of silently suffering.

N:   Well you say silently suffering, obviously they don’t have to silently suffer. Are the treatments invasive or expensive? What do you think is contributing to this suffering in silence when there’s help?

M:   Right and I think a lot of times it’s because people don’t realize that they can get help or they think this is normal. And it is definitely the older we get the more Nocturia is common or prevalent. And then a lot of things that I do, one of my biggest goals is trying to make patients aware that they don’t have to live with these issues that there are things we can do to help and the things that we do are not particularly invasive necessarily especially not for Nocturia. Things like being good sleep hygiene, not falling a sleep with the television on, not taking in alcohol two hours before, cutting off your foods two or three hours before bedtime like when you potty-train kids. You’ll be easily amazed that how people breaks some of these rules and they’re surprised that they get up at night. So often times we just sit down with patients and look at the things that they’re doing around bedtime that maybe causing them to get up at night or not doing that you’re not using electronics as you’re trying to wine down for bed, things like that. And if that doesn’t help, a lot of times we can shift to medicines around just try to be smarter about when we take certain medicines especially if they require a full glass of water. And just sitting down and helping patients manage when they’re taking their medicines appropriately. And then if that doesn’t help sometimes we can start a medication that can help makes the bladder hold more urine and be a little spastic and spasm which causes the urge to go which then wakes you up. And then in the most severe cases the hormone that should be being released to help you concentrate urinate at nighttime, we can actually supplement. And to help you concentrate your urine better so you’re not making as much and get you better. But one of the most important things that we’ll often ask people to do is keep a diary. Keep track for 24 hours or 3 days of how much you urinate and how much you drink and take in and just look at how much urine you’re making one and sometimes that can be the most telling thing.

N:   Now as an expert in urological issues, would you say in your opinion that most of the treatment for Nocturia is lifestyle change and as you said maybe managing some things that are already a part of your life? And it’s a small percentage of when you actually have to prescribe a drug or some type of invasive method to cure Nocturia? In your opinion, which would you say is more?

M:   I would say it’s much more lifestyle thing than it’s less common that I need to start a medicine for people. I would say maybe, we always try lifestyle first and then if people aren’t happy enough or good enough then we might try a medicine, but it’s always lifestyle is a key component.

N:   Do you find that Nocturia presents more in men or women? Or is it pretty equal across the board?

N:   Okay. So when a woman is carrying a child, we’re not talking about Nocturia that’s simply just the normal thing that happens. If that persists after the pregnancy, how long we are looking at before we start thinking that maybe we have developed Nocturia that’s going to need to be treated?

M:   Well, pregnancy is a very unique thing just because you have so much fluid on board from the pregnancy. Waking up at nighttime when you’re pregnant is completely normal, been there myself so it happens for sure. And I tell people all bets are off with pregnancy to at least three to four months after your delivery. It takes a good three to four months for things to get back to your normal state. And then so often I’ll have pregnant patients who come and see me three, four, six months after and by then we can get a sense of where they’re actually living with in terms of their symptoms. But I would say at least give yourself three to four months after pregnancy before you think any new symptoms are going to be permanent.

M:   I think it can go both directions. They are very much intertwined but I don’t know that I ever had a patient that not having improvement on their depression once we get them sleeping better.

N:   What would you say to physicians that may suspect that a patient of theirs isn’t being quite upfront about Nocturia? Maybe accidents are happening or they’re embarrassed about the fact that they’re getting older and some of these things are happening. How do you get the conversation started so that you can get the help that you need or help that patient?

M:   Sometimes as simple as, “Do you wake up at night to urinate?” “How do you sleep? Do you sleep well?” and as we get older many of us just don’t sleep as well, but that’s different form Nocturia. Nocturia is “I’m sleeping, I get up because I need to urinate and then I go back to sleep.” That’s different from “I can’t sleep at night” or “I wake up at three in the morning and can’t go back to sleep” it’s not an insomnia issue. So I often start with just a simple question of “How do you sleep?”, “Is there anything that we can make better?”

N:   Do you think that it’s an underdiagnosed condition? There are many, many more people who are suffering from it and maybe this information needs to be a little bit more mainstream.

M:   I think it’s absolutely underdiagnosed. And I will tell you that it’s very rare that I have a patient who doesn’t get up at least one time a night and I’d say majority of my patients probably even 75 – 80%  of my patients get up multiple times a night.

N:   Where can our listeners go and get more information about Nocturia?

M:   They can go to www.augs.org and that’s our National Society and we have an excellent website.

N:   Thank you much. You’ve been listening to Health Professional Radio, I’m your host Neal Howard with Dr. Tina Mahajan, Division Chief of Female Pelvic Medicine and Reconstructive Surgery at University Hospitals in Cleveland. And she’s been in studio today with us talking about Nocturia and some of the treatment options for some of those who maybe suffering from this condition. It’s been great having you here with us today.