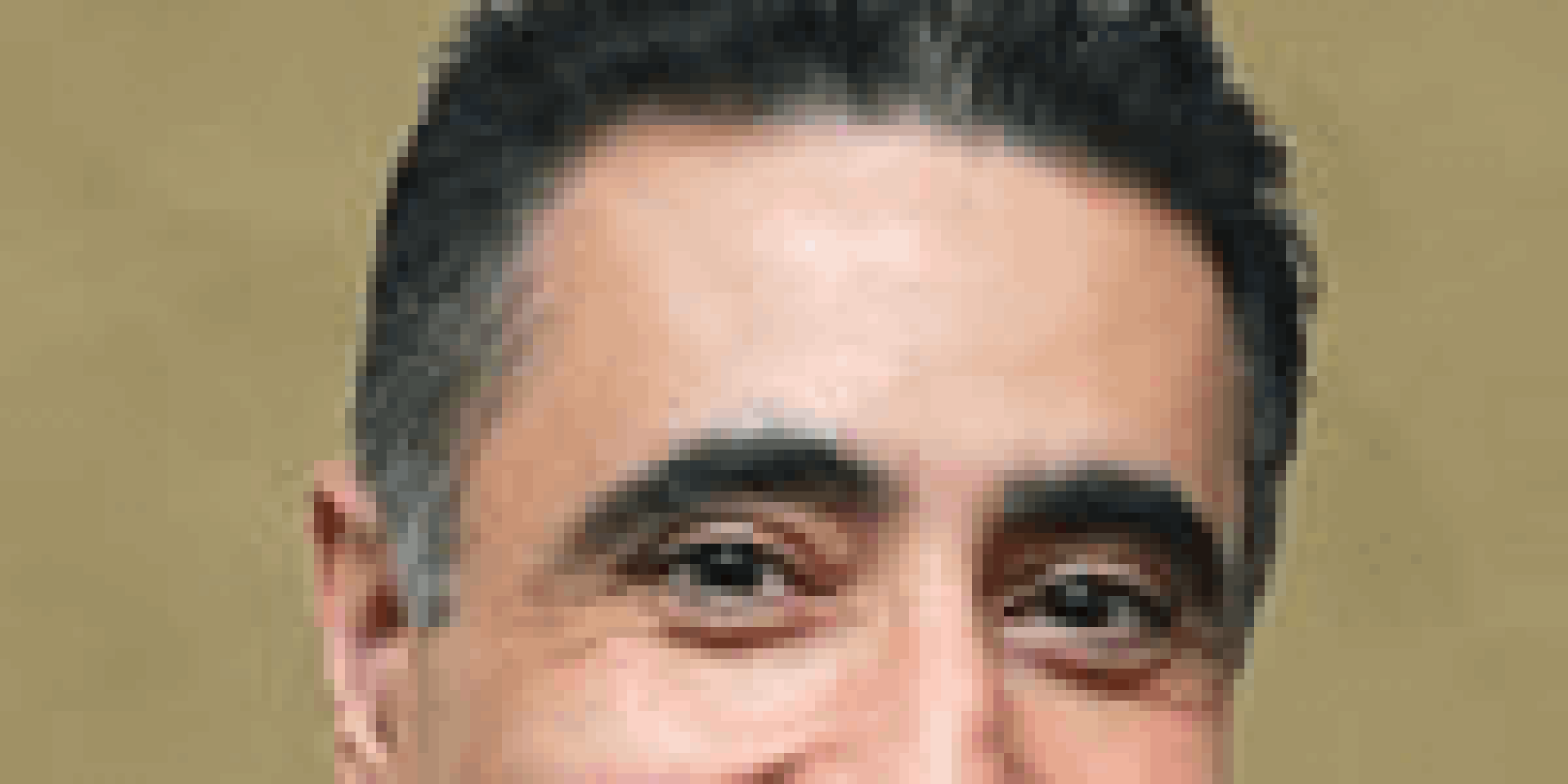 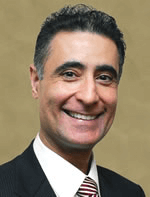 Segment overview: Dr. Shahriyour Andaz discusses how the CT scan is the most effective modality to detect lung cancer as early as possible.

Neal Howard: Hello, welcome to the program, I’m your host Neal Howard here on Health Professional Radio, thank you so much for joining us today. Our guest is Dr. Shahriyour Andaz, he’s Director of Thoracic Oncology at South Nassau Communities Hospital and he’s here to talk with us about CT Scans and how effective they are as a modality for detecting lung cancer as early as possible. Welcome to Health Professional Radio, Doctor.

Dr. Shahriyour Andaz: Thank you for inviting me Neal.

A: Thoracic Oncology is basically a study of diseases in the chest cavity. On the chest cavity, we have got the cardiac part which is the heart, and then the lung, the esophagus, and the chest walls. So when you are dealing with non-cardiac related issues that is not pertaining to the heart but related to the lung, the esophagus, the wind pipe, etc. That is thoracic oncology. The cancers arising from these organs is what oncology is all about.

N: Were you always interested in oncology when you went in to med schools, is that what you willingness to become?

A: Well I’ve been initially trained back in India as a General Surgeon and then I went to London for 7 years, did my fellowship from the Royal College of Surgeons and then I came to United States. I was involved looking at cardiothoracic surgery at Memorial Medical Center. Then … for training and went to UCLA for a year to do my audition training in thoracic oncology. But the biggest problem that I found was people seeing a lot of cancers which were advanced, inoperable and there was a real problem because we were not picking up cancers at the early stages and people were dying from lung cancers. That’s why we got involved with the lung cancers project. We launched up a study at South Nassau and trying to pick up cancer of the day at the early stages and save people’s lives.

N: Detecting cancer early, I know it really makes a huge difference detecting it early. But now, how early are we talking about detecting it to where it’s almost a guarantee that you’ll be cured or at least greatly extend the life of the patient?

A: If we go back to looking at, say for example breast cancer, if you look at survival for breast cancer people always talked about, well, breast cancer survival back in 20 years ago, they talked about fighting survivals. If you have stage one breast cancer, you have a 70 or 80% chance of making it to 5 years. Now, breast cancer survival increase so much now that people living for beyond 10 years. They‘re not talking for fighter survival anymore, they’re talking about 10 years survival from breast cancer. What’s happen now for one cancer for example, our fighter survival for lung cancer overall is only 15%. That’s terrible. We’re not doing the right thing but once you start screening for lung cancer and you start picking up small cancer at the early stages you’re looking at survival of excess 90% or 10 years. Can you imagine going from15% at 5 years to 90% at 10 years? Yes, you will find some cancers, which are fast growing biologically unfortunately nothing to do about it. But most of the times you’ll pick up cancers at very early stages and the patients are cured. We can cure our patients, it’s a curable disease if we can get to it when it’s small not when it’s a mess. And the whole concept, specific problem is that the concept of screening. By definition, screening means what? That means you’re trying to detect cancer in a symptomatic patient. Screening CAT scan is for detection in a symptomatic patient, I mean patients with no symptom. Once the patient has symptom, it’s no longer screening CAT scan. It’s a diagnostic CAT scan. A diagnostic CAT scan by that time the patient already has advanced disease. And that’s one of the problems we have with smokers when we tell a guy, “Listen, you got to go for a CAT scan of the chest.” “Well, doc, I have to symptoms why should go for a CAT scan?” That’s the whole point. You don’t want to have symptoms, you want to go before you get symptoms. And just trying to get the message across the smokers that they’re really should go for a CAT scan. That’s one of the hurdles that we face constantly in our practice.

N: I take myself, I’m a symptomatic and I go to my general practitioner and I say, “Hey, I think it’s time for me to have a chest x-ray just to see what’s going on in and around.” And he says, “Well, you’re not symptomatic.” What should I as the patient impress upon my physician?

A: Let’s go back a little bit of further guidelines and concerns. Back in 2002, we have the NLST (National Lung [Cancer] Screening Trial). In 2010, the results was so dramatic that the safety officer in fact stopped the study and as in, “No,no,no we got to stop the study because people in the arm get only the chest x-ray that dying at a much higher rate than the guys who’s getting CAT scan”. So the safety officer stopped the study and then ordered all the patients who getting chest x-rays into the CT screening arm to save the lives of all the demeaning folks who are just getting chest x-rays. And chest x-ray is totally useless when you are trying to pick up small cancers. Yes, you pick up a big cancer but by the time it’s too late. When a patient goes to see a doctor for a chest x-ray, I mean the doctors, that’s the other hurdle. It’s a little bit funny that doctors are not so well-educated because the United States Preventive Task Force just came out in 2013 suggesting that CAT scan should be done. Medicare and insurance companies are paying for it. But the other hurdle that they face as physicians is that commercial insurance carriers requires a doctor’s pre-authorization. Imagine if I got a practice with 10,000 patients in the practice and 30% of the patients are smokers or former smokers and I have to get my staff every day to may calls to insurance companies to get authorized. It’s a big burden from the practice. That’s one of the hurdle that … and we’re trying to work the order, Neal. We’re trying to get insurance companies and say, “You know what, you don’t need to authorize anymore just write a script and go for a CAT scan and we’re done with this”. It’s a work in progress.

N: Let’s say that you have a patient that is a symptomatic but as you mentioned is a smoker or a former smoker. Is the CAT scan just as effective modality in that instance as it is for someone who has never smoked?

A: So patients who have never smoked, there are no current recommendation or guidelines for doing the CAT scan. It’s only for people who has smoked or are smoking, or a former smoker between the ages of 55-79 and those who quit within the last 15 years. But that again is a problem because, I have a problem with that big time because folks who start more than 15 years ago are not eligible for a CAT scan. We know that even those who stopped more than 15 years ago you still are at high risk for getting a lung cancer. When we collected our data, only lung cancer action project, the International ELCAP Project (I-ELCAP) which initially came up from Cornell. And they look in our data and they compared to our guidelines which we had much broader guidelines, that means we we’re screening from the age of the 50 onwards and national guidelines will 55. And then we dedicatedly screen until it makes a difference of 81, 82, 83 result of them screening for lung cancer. National guidelines stop at 79. If you stopped within 15 years, you’re eligible for CAT scan. But if you stopped more than 15 years ago, you are not eligible. So in our protocol, we said, “No, even if you stopped 25 years ago or 30 years ago you’re still allowed to get a CAT scan.” What we found out was that we we’re picking up 30% or 40% more cancers than in a national guidelines. That’s incredible, 30-40% more. Again, the national guidelines have been revised it’s whole process.

N: To your knowledge is there an effort to put those guidelines, those adjusted guidelines, into place that you’re aware of?

A: Well, the first on the list trying to get what is currently recommended as a standard across to the doctors and patients through education and trying to get them to understand these are the guidelines. Next up now is working with the society to ask the surgeons to get the changed guidelines and to make the guidelines more liberal so that more patients are screened. But again, they’ve …to prove it unless we have another study that says, “yes if can stop more than 20 years ago, you are entitled for a CAT scan.” This is another endeavor.

N: Yes. And we’re talking probably another 10-15 years for that process to (crosstalk) become completed?

A: Right, I mean the International Early Lung Cancer Action Program (I-ELCAP), which has initially launched from Cornell in 1999. And if I mean 2002 the United States government decided, “Yes, we should have a national trial.”

N: Do you think that grassroots effort in our learning institutions, in our med schools to have this as a mandatory part of education when it comes to thoracic or other types of oncology?

A: Yes, we are on a process of educating our surgical residents and medical students even the family practice traditions, the new guidelines are explained to them. These are the new guidelines, we have to follow guidelines. The message is slowly getting through and eventually I think maybe next decade we will see less and less of these much larger cancers and more smaller cancers. Hopefully, with the big push on people to quit vape smoking, hopefully lung cancer would be…

N: Maybe I thing of the past, someday?

N: And where can our listeners go and get more information about you, your practice, and CT scans as an effective modality for early lung cancer detection.

A: Thank you so much Neal, much appreciated. Thank you.

N: You’ve been listening to Health Professional Radio, I’m your host Neal Howard with Dr. Shahriyour Andaz, Director of Thoracic Oncology at South Nassau Communities Hospital. Transcripts and audio of this program are available at healthprofessoinalradio.com.au and also at hpr.fm, and you can subscribe to this podcast in iTunes.