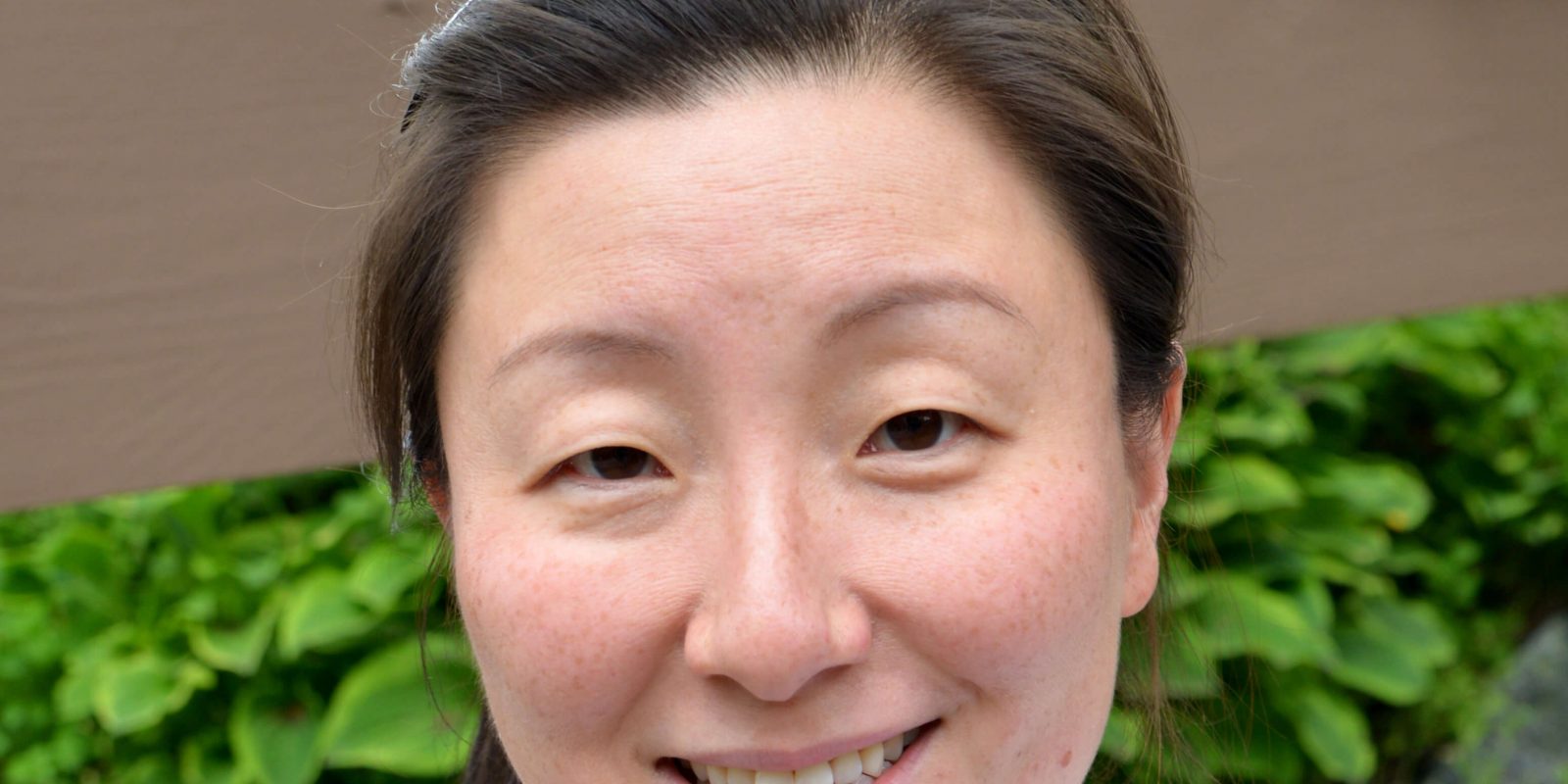 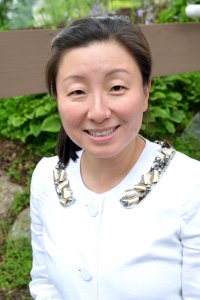 Guest: Dr. SooMi Lee-Samuel MD, MA
Presenter: Neal Howard
Guest Bio: As the Medical Director at Timberline Knolls, Dr. Lee-Samuel supervises the medical staff and sets the overall vision and direction for the treatment program. She had a private practice for several years and was an Assistant professor at the University of Chicago. She also served as the Director of Psychiatric Services for DCFS of Illinois. Dr. Lee-Samuel attended Wellesley College, the University of Cincinnati College of Medicine and the University of Chicago–Harris School of Public Policy. She is a member of the American Academy of Child and Adolescent Psychiatry.

Neal Howard: Hello and welcome to Health Professional Radio. I’m your host Neal Howard, thank you so much for joining us today. Many of our young women are struggling with many issues, not the least of which is body image issues, some of these issues often lead to eating disorders and other problems. Our guest in studio is returning to speak with us today, Dr. Soo Mi Lee Samuel, she’s the Medical Director of Timberline Knolls Residential Treatment Center and also a board certified psychiatrist. Welcome back and thank you for coming back doctor.

Dr. Soo Mi Lee Samuel: Thank you for having me.

N: When we were here before talking about your role at Timberline Knolls, talk about Timberline and what are you involved in there?

S: Sure. So I’m the Medical Director of Timberline Knolls, we are a residential treatment facility that services adolescent girls and adult women from the ages of 12 on up and we treat women and adolescent girls with eating disorder behaviors with trauma, a history of trauma, with mood disorders, and with substance use issues. Generally, we find that a lot of our women have more than one disorder and so that’s why we try to specialize in treating multiple disorders simultaneously as opposed to isolating them and treating them separately.

N: Okay, that’s understood. Do you find that your patients come in for the eating disorder and then other things are revealed or does it matter not what they come in for, you just treat?

S: I think it goes both ways, we have some women who come in with a known eating disorder and as we’re working with them, we start to address things that have gone on in their past. For example, there might be a trauma history or an abused history that was never really addressed that may be contributing to their eating disorder and that connection was never made. Sometimes we have women come in with mood disorders or depression and they’ve been hospitalized multiple, multiple times and as we’re treating that, we also start seeing that, ‘Oh, they also have disordered eating but that was never really addressed.’ So a lot of times they may come in with one thing or they may come in knowing that they have a couple of things going on. Either way, we try to do a very comprehensive assessment, so we can try and be cognizant and mindful that there may be more than one thing going on whether or not it’s actually brought to attention at the time of admission.

N: Are your practitioners there each in specialties or do you have to move your client’s case from practitioner to practitioner based on their progress or the lack thereof?

S: Right. Now we have an amazing group of staff members here, so all of our psychiatrists, we have 8 on staff and all of us are board certified and we actually have five who are child and adolescent psychiatrists who are board certified as well too, myself included and we actually have an addiction specialist. And then in addition to the psychiatrists, we have therapists who are trained in various specialties including trauma, trauma awareness, and domestic violence issues, and eating disorder issues, and mood disorders and OCD. So if someone comes in let’s say presenting with a history of eating disorders but also has a history of obsessive-compulsive disorders, we’ll try and match that person up with the team that we think will best serve her needs and will be a good fit for that particular person.

N: What about collaboration between your facility and facilities that your client may have been involved with in the past? How seamless is the sharing of information especially when it comes to the benefit of these young patients?

S: Right. In our facility, we recognize that the women are only with us for a short time. They’re with us for maybe 4 to 8 weeks and so when they come in to our facility, we identify who the referral source is and then we also identify within the first 48 hours who they’re going to be returning to after they leave our facility and what to do for after care. We actually have a specific after care program made up of 12 therapists whose sole job is to ensure that the aftercare for our individuals is set and that means doctors’ appointments, PHP programs, IOP programs, everything that it takes to make sure that once they leave our facility and they’re discharged from our facility, that the next step that it’s going to be very seamless and it’s going to be very easy for the individual.

N: Now it seems as though, you’re not only well rounded in all of these different areas, when you’re treating your patients are you treating them from a specific medical psychiatric standpoint? Are there other issues that come into play as well based on that person’s cultural beliefs or background?

S: So for example, we have a Christianity track. So we may have some women who are requesting a Christian team and a Christianity track program and what that entails is that they will work with team members who are Christian, who have Christian-based therapies in their background and they have special groups like spirituality. There’s a group that’s dedicated towards understanding God and religion, and so these are groups that not everyone will have here on campus but those request that track can request it and so, what we really try and to do is we truly try and individually tailor the program according to what that person would like but also what the treatment team feels that that person needs. We’ve had some individuals where the parents requested one thing but it’s in the adult women and she wanted something else and that’s her trying to make voice for herself and empower herself. So that’s a situation where a family therapist would be in involved and communicate with the family, “Listen this is what you wanted, but this is what your daughter wants and so this is what we’re going to do for her so that we’re all on the same page.” In the end, it really is what the individual wants but also what the treatment team feels is going to be the best program for that individual.

S: Eating disorders, the epidemiology of eating disorders, there was one study that thought that the prevalence was about 5 to 10 million females and 1 million males in U.S met some kind of diagnostic criteria for an eating disorder. The most common one is this eating disorder ‘not otherwise specified’ but it have disordered eating behaviors but they don’t specifically meet criteria for bulimia or anorexia. Following this eating disorder and a last criteria, the diagnosis is bulimia and then following that is anorexia. What’s significant to know about the eating disorders though, of all the psychiatric disorders out there, this includes schizophrenia, bipolar disorder, or depression – Anorexia has the highest mortality rate of any of these psychiatric disorders. And so it’s not the most common way occurring, for example, anxiety disorders are much more commonly occurring in the general population, but the most lethal diagnosis is anorexia and usually death occurs from suicide and not from malnutrition. So there’s definitely this comorbid and co-occurring diagnosis of that we see depression, we see substance use, and we see PTSD along with eating disorders and it’s very common to see.

N: So when you have someone who’s coming in and they’re suffering severely with maybe PTSD or something else, in addition to this eating disorder, can they stay as long as they need to stay or do sometimes other steps have to be taken based on their progress or the lack thereof?

S: No, absolutely. So as I mentioned before we have our aftercare department and so the ideal is that when someone comes fit to residential treatment programming, they would step down to partial hospitalization or PHP program. And our recommendation is usually 2 to 4 weeks and PHP after they’ve completed residential. After PHP then would be probably IOP which is Intensive Outpatient Program or appointments with the outpatient team and outpatient providers. Once someone leaves our facility it’s not like they can return home. We think that it’s too much of a jump and it’s too jarring for someone who’s been living in our facility for 24/7 to then suddenly return to their day-to-day programming. I think it’s going to be too much of a shift and so, that’s why we offer and we recommend the PHP program which is a step down program so that people can engage in programming during the day, but in the evening they are able to sleep in their own bed, they are able to go home. Now, we offer a PHP program at our facility as well too and we actually offer housing. So it offers people a chance to participate in day program on our campus but then they can go to it’s like a boarding house and they can sleep in that house with other women who are in the program. So they are kind of on their own and they’re acclimating back to real world, like they could go to then groceries store they wanted to, they can go to the pharmacy, they can do their daily errands and so they can start doing some of their day-to-day routines again but still be in a structured program, so that they feel like they’re being supported while they’re managing their behaviors.

N: Where can our listeners go online and get more information about Timberline Knolls Residential Treatment Center?

N: It’s been a pleasure doctor.

S: Thank you very much.

N: Thank you. You’ve been listening to Health Professional Radio, I’m your host Neal Howard, in studio with Dr. Soo Mi Lee Samuel, Medical Director of Timberland Knolls Residential Treatment Center. Transcripts and audio of this program are available at healthprofessionalradio.com.au and also at hpr.fm, and you can subscribe to this podcast on iTunes.