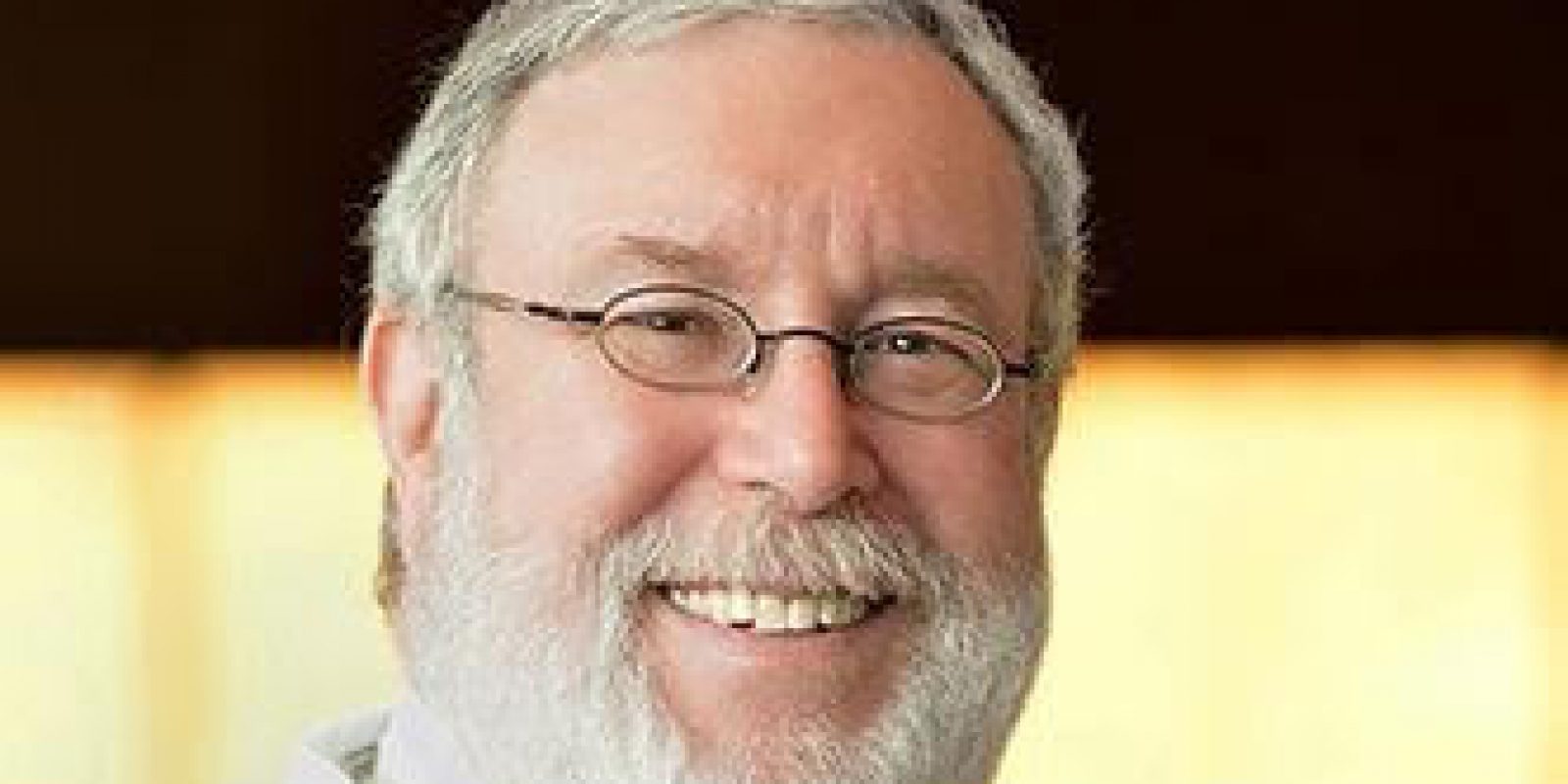 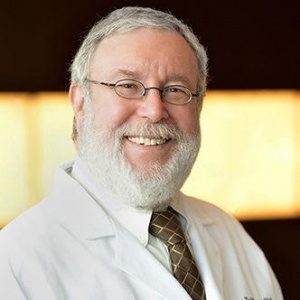 Guest: Dr. Ted Rosen
Presenter: Neal Howard
Guest Bio: Dr. Ted Rosen, Professor of Dermatology at Baylor College of Medicine in Houston, TX, Chief of Dermatology at the Houston VA Medical Center and an expert in the treatment and diagnosis of both STD and non-STD genital lesions, including external genital warts (EGW) reminds us there is a great need for increased awareness when it comes to STDs and sexual health. He advises people to establish an open and honest relationship with their physicians in order to prevent STDs or to seek treatment immediately, if necessary. For more information on external genital warts and treatment options like VEREGEN, visit www.veregen.com

Neal Howard: Hello and welcome to Health Professional Radio. I’m your host Neal Howard, thank you so much for joining us today. Our guest in studio today is Dr. Ted Rosen, Professor of Dermatology at Baylor College of Medicine, also Chief of Dermatology at Michael E. DeBakey Veterans Affairs Medical Center in Houston, Texas. He’s joined us in studio today to talk about some of the social impact of STDs and he’s quite knowledgeable as an expert in some of the most common STDs and some of the not so common STDs and the treatment and diagnosis of STD and non-sexually transmitted genital lesions. Good afternoon Dr. Rosen.

N: Welcome back to Health Professional Radio. Thank you so much for returning with us today.

R: Well let’s put it in perspective okay? I’m gonna very quickly rattle off the sexually transmitted disease, the common ones in United States and worldwide, right? Bacterial Vaginosis, Cervicitis, Chlamydial infections, Epididymitis, Genital Herpes, Genital warts, Gonorrhea, Lymphogranuloma Venereum, Non-Gonococcal Urethritis, Pediculosis Pubis that’s ‘crabs’, Pelvic Inflammatory Disease, Scabies, Syphilis and Trichomonas, okay? You take all of those together and this is an incredible burden on society. Pain, suffering, time away from work also expenditures for medicines and healthcare provider visit. You know worldwide, the World Health Organization estimate that every day in the world there are approximately a hundred million episodes of sex, there’s 350,000 new cases of STD, every single day in the world. This is a very large problem and it poses a difficulty both in terms of our ability to meet the need for treatment because of course every person you treat you might prevent transmission to somebody else, perpetuating this large really epidemic of sexually transmitted diseases and it’s also a very big problem in terms not only of our ability to meet the medical demand but to meet it in a timely and efficient manner because every day someone’s infected, they are potentially spreading disease and the last thing I want to say in response to your question is, multiple diseases can be spread at the same time as well. So this is really a major problem not only for us in the US and the rest of the industrialized world but for the entire globe.

N: So when you say multiple diseases at the same time, you’re talking about a one person having multiple instances of an STD and transmitting those?

R: That’s exactly correct. You can transmit more than one disease at the same time and people have been studied with very sophisticated method, not what we routinely do in a clinical situation but surprisingly how people end up with multiple problems because they were exposed. They were unprotected and acquired more than one thing.

N: Are all of them transmitted in different ways, sexually, through body fluids or contact with skin or are some of them exclusive in the way that they are transmitted and does that contribute to the numbers in certain diseases?

R: Most of them are transmitted by direct skin to skin contact, there some theoretical potential for transmission in other manners but the vast majority are genital skin to genital skin or skin that’s near the genitalia to skin that’s near the genitalia, from partner to partner and then on to subsequent partners. So most of them are really are spread in that manner. Sometimes it requires fluid but most of the time, for most of these it’s skin to skin.

N: Because I’m sure as an expert in the field you’ve heard of people that have the misconception that unless fluids were passed then they’re safe. Skin to skin, no it didn’t happen, I mean even through perspiration and tears – Is that correct?

R: Well it’s less likely from non-genital secretions. It’s basically the lubricant material and/or semen that this is transmitted from or blood occasionally, HIV certainly is transmitted that way but yes it can be those fluids but it also can be direct skin to skin. I mean things like Pediculosis Pubis that’s crabs, scabies, genital herpes, genital warts, those are transmitted directly from skin that’s infected to skin that’s infected, there are no fluids necessary.

N: Have you seen that there’s a cut off age where you should be old enough to know better? We’re talking about the social impact when it comes to say the baby-boomer group or older. Do you see more or less sexually transmitted diseases or is it about the same as everyone having some of these hundred million instances of sex every day?

R: Well if you look at the most common people who acquire sexually transmitted disease – in the United States the bulk of STDs -all those that I listed before, something like 75% will be in the 15-24 age group but it is by no means limited to that and I have treated personally syphilis, genital warts, scabies, newly acquired genital herpes in octogenarians so those people in their 80s and in fact there was an interesting study done not that long ago that in the somewhat more mature, male group, those who may suffer from erectile dysfunction, if you look at the big group, overall those who take ED drugs have three times a greater risk of acquiring an STD than comparably aged men who don’t. So that, there’s no age Neal where there’s a cut off or people can’t acquire serious and significant sexually transmitted disease – not only can, they do.

N: Are any of these diseases transmitted without sexual contact with an infected person? Just through infected material or instruments, is it the same with some of these STDs? We’ve all heard the story of getting it from a toilet seat or something in the subway. (Laughs)

R: The toilet seats and those subway seats are safe. These are mostly person to person. The transmissibility via an inanimate object no matter what that inanimate object might be, is really, really debatable for almost all of these.

N: I’d like to ask you a question about paying for the treatment of some of these diseases. Sometimes diseases get attention because of I guess the importance that they are bestowed upon them by some entity that this disease is more important than that disease or the other. When we’re talking about these STDs, are insurance companies more likely to pay for treatment of one type of STD as opposed to another based on the numbers?

R: Most of the time insurance companies are quite likely to pay for the therapy involved and I would say more carriers than not will actually pay for preventive measures when they’re available. So for example the HPV vaccine, although that’s not universal but most carriers do cover if not all a great part of the cost for that because keep in mind these are sexually transmitted diseases, they’re infections, they are transmissible. Someone acquired them and can then give them to somebody else and so like all infectious diseases that are communicable, the insurance companies understand that these are important to treat, to prevent that exact occurrence and so it’s pretty uncommon that they don’t cover the appropriate diagnosis and then therapeutic interventions for sexually transmitted diseases. I would say if somebody is concerned about it, they should go see their healthcare provider pretty pronto and not worry too much about whether their insurance will or won’t cover it, it’s pretty likely to be covered.

N: Great. You’ve been listening to Health Professional Radio, I’m your host Neal Howard. We’ve been in studio talking with Dr. Ted Rosen, Professor of Dermatology at Balor College of Medicine, also Chief of Dermatology Services at Michael E. DeBakey Veterans Affairs Medical Center in Houston, Texas. We’ve been in studio talking about some of the social impact caused by STDs as they place a strain on our health care system, not only in United States but worldwide. It’s been a pleasure having you in studio today with us Dr. Rosen.

R: My pleasure to be here.