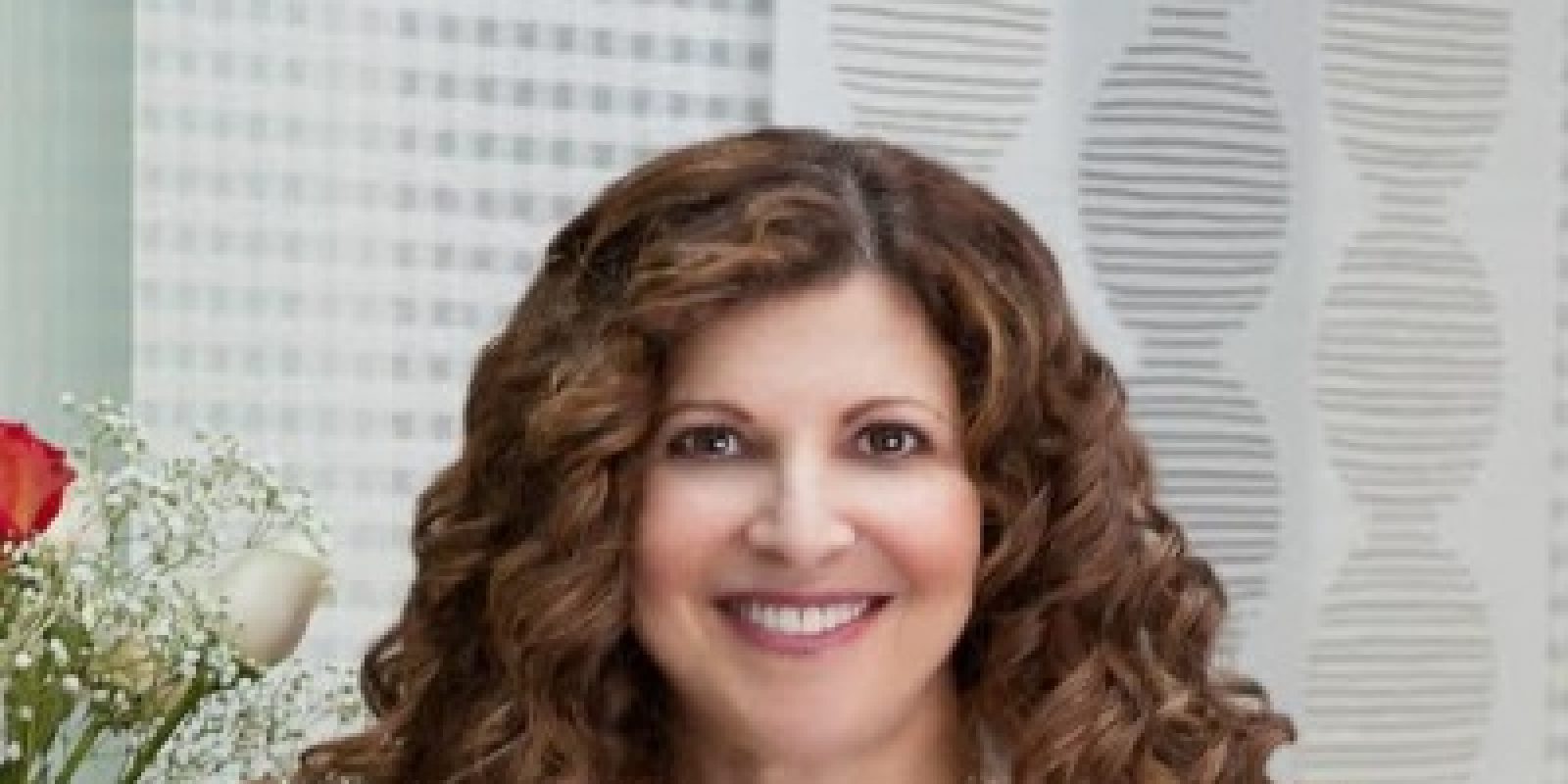 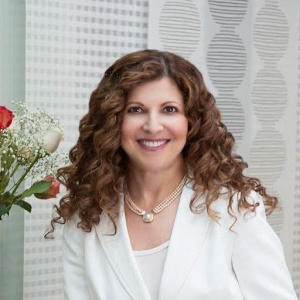 Guest: Dr. Josie Tenore, MD
Presenter: Neal Howard
Guest Bio: Dr Josie Tenore graduated from the University of Toronto’s School of Medicine and received her Master’s of Science degree from Harvard University’s School of Public Health. She practiced full service academic family medicine and noticed that her patient population was becoming more interested in healthy aging and wanted solutions for their concerns that were outside of the scope of traditional medicine. She founded “FreshSkin”, an aesthetic medicine practice and is focused on helping her patients feel as good as they look and look as good as they feel. She is also board certified in Integrative Medicine.

Segment overview: Dr. Josie Tenore, MD, discusses the term “anti aging” medicine, and why she prefers to use the term “Life Extension Science”.

Neal Howard: Hello and welcome to Health Professional Radio, I’m your host Neal Howard. Our guest in studio today is Dr. Josie Tenore, Board Certified Family Physician who became interested in aesthetics during medical school. As a result, most of her electives focused on dermatology and plastic surgery. And she’s here with us today as the owner of Fresh Skin Wellness and Beauty Practice located in Downtown Highland Park. She is here today to talk about anti-aging medicine, what anti-aging medicine is? And why she prefers to use the term “Life Extension Science.” How are you doing today Dr. Tenore?

Dr. Josie Tenore: I’m doing fantastic, how about yourself?

T: Well for me, whenever you start something with “anti” it immediately produces a negative connotation. And I tend to be an upbeat positive person and I don’t really like to process anything with a negative, especially when we’re looking at what I consider treatments and modalities that make people feel as good as they look and look as good as they feel. So anti-aging medicine was a term that I think I did some research, it was first coined in the 80’s.

T: If you look sort of the age that most people live. It wasn’t that long ago when people died in their 40’s, and that was considered old age and now people are living until their hundreds. So to me I prefer either quality of life medicine or life extension science because that’s really what we’re doing. We’re looking at what targeted therapies can extend somebody’s life, supplements can retake to increase our telomeres. So that’s really why I prefer that term as opposed to anti-aging.

N: Now you mention telomere, explain. Most of us, our listeners are health professional, explain telomeres to me.

T: Well telomeres are the terminal ends of our DNA and as we age the little ends get broken off. And so as our telomeres get shorten, our life sort of this is shorter and we actually do have tests now that can measure telomere lengths. There are some individuals who claim to have produced supplements that extend telomere length, I’m not so sure that we’re quite there with science. We do absolutely for a fact know that eating healthy and exercising maintains telomere length. So all the things that we professed that we should be doing to have good quality of health actually does preserve our DNA. And so it allows us to live to a full extent that our own biological DNA is programmed for us to live. And we are really serious in looking at treatments that can actually take those telomeres and sort of make them longer so that we can have a longer life as opposed to just the best life that we can, for when our telomeres tell us we’re not gonna live anymore so that’s what telomeres are.

N: So this telomere they are indicators if or controllers of our lifespan. And I guess the way that we look as we aged. You’re talking quality of life medicine, I’m assuming that a lot of the quality of life is how you feel, how you look, not just your living condition or your financial status. What’s the most common reason that people come in to your practice as far as their looks are concerned as they’re aging?

T: So my practice just so we have a good overall stance I have an aesthetic medical practice and it combines cosmetic dermatology and wellness. So there is no question that the overwhelming reason that people come in to my practice is for Botox treatments.

T: Botox. So Neal I call it “Botox, the gateway drug”

T: Just like in the 60’s and the 70’s our parents were so worried about marijuana because it is a gateway drug, it will lead to heroine. So Botox will lead to other treatment and it sort of does.

T: Yeah. And men are now coming and I jokingly say to them that I call it “Brotox.”

T: Yeah Bromance, Brotox, just because it’s becoming also something that men are doing as well as women so it’s no longer just for women only. But it’s bar none it’s the most popular treatment for a number of reasons. Number one relative to facelift it’s extremely inexpensive, anywhere from $300 to $700 depending on how many areas you need to treated.

N: As opposed to thousands and thousands for plastic surgery.

T: Yeah, exactly. It’s very easy to administer, I use tiny little insulin syringes. And so it’s virtually painless because I ice the skin before I do my injections and the treatment can last anywhere from two and half to four and half months. And some people can actually get the benefits for up to 6 months. So given that it’s so easy, there’s not a lot of pain, it’s long lasting and there is an over people are very satisfied with the results of Botox treatments that it is really the most common treatment that I perform in my practice. And while some of us would consider this sort of a flop treatment having done this now exclusively for the last 10 years, I mean I won’t talk about prior to that we used Botox for cerebral palsy in the 80’s in children in very high doses and it’s been a long, long time. But for the purposes of cosmetics, for the last 10 years it’s been the most popular treatment. I have to say that it can be life changing, I’ve had patients who come in and told me that one simple little treatment completely changed their life. It got them out of their house and now dancing as opposed to being inside their house and being depressed and not liking how they looked and not having the confidence to go out. So I do think that even something as simple as Botox can be an extremely powerful treatment for patients to have better quality of life.

N: You did mention that it was long lasting, is it fast acting as well or?

T: Well it’s that highly variable, some people will start to notice some of the benefits within a few days but it does take a full 2 weeks for it to fully set. And so I usually tell people you give it a couple of weeks. But as I said some people immediate, I’ve had some people say they immediately saw this, that’s impossible, well what I’ve learned to say in medicine “nothing is impossible.” But it’s unlikely, it’s usually more 3 to 4 days it starts and the full effects seem to manifest itself in a couple of weeks. So that’s fairly fast acting to me.

N: Now you mentioned, you’re suffering the depression that goes with deteriorating looks. Okay so, a full two weeks before it as you say sets and then up to maybe 4 months, four and half months before you have to come back. If someone is suffering from depression, does the depression come back as the treatment wears off or have you noticed that people are saying “Now that I know that I can reverse this look or this process, the depression has gone away.” What is your experience with people’s attitude?

T: Well it’s interesting. My experience and then what’s the studies show, yeah I’ll address both of those because they are a little different. So in my experience, let’s talk with sadness. So if people were just sort of being upset with one’s looks, if it’s something that is more of a mood related as opposed to illness, then yes. By the moment somebody sees lines developing again, or they’re frowning again. And may know they can comeback, they comeback they get treated, they maintain the left of the what we refer to as sort of the symptom or sadness depression as opposed to the actual illness. Because we used the term depression as a term “Oh I’m depressed today.” So it’s a term that we used sort of off the cause and then there is it well what an actual psychiatric – depression. When it comes to the psychiatrist diagnosis, they actually have studied Botox in depressed patients and they have found that individuals who do receive Botox treatment, their depression resolves better and it stays away longer so they tend to relapse less. And the initial study was just okay so the thought was well if you can’t frown you look in the mirror you don’t look sad, that must tell your brain “hey I can’t be sad” and maybe that’s the effect. I don’t think we really know the mechanism of action. But then there was a follow up study that I’ve read recently and I’m afraid I don’t have the exact journal but to quote that there was a study that looks at well what happened after Botox wore off. And they did find that the depression, the illness depression didn’t tend to recur as readily. And so they are looking at doing further studies to figure out why is this, are there effects, does Botox have an effect on neurotransmitters that we’re not aware of for example?

T: We do not have answers to this. But it is an interesting and very promising area of medicine to that we’re looking at. Because depression in some people can be a very difficult illness to treat and very resistant too, some of the medications that we use. So this is something that is being intensely looked at.

N: Where can our listeners get more information about you and Fresh Skin?

T: Well I’m located at in Downtown Highland Park in the Norther Suburb of Chicago, Illinois. I have a website www.myfreshskin.com or they can phone the office 847 681 8821.

N: You’ve been listening to Health Professional Radio, I’m your host Neal Howard. We’ve been in studio talking with Dr. Josie Tenore, discussing the term anti-aging and why she prefer to use the term “Life Extension Science.” We’ve also been discussing her practice Fresh Skin, located in Highland Park Illinois and the reasons that people come in to her practice basically to improve quality of life. It’s been great having you here with us today.

T: Thank you very much, and I enjoyed speaking with you.