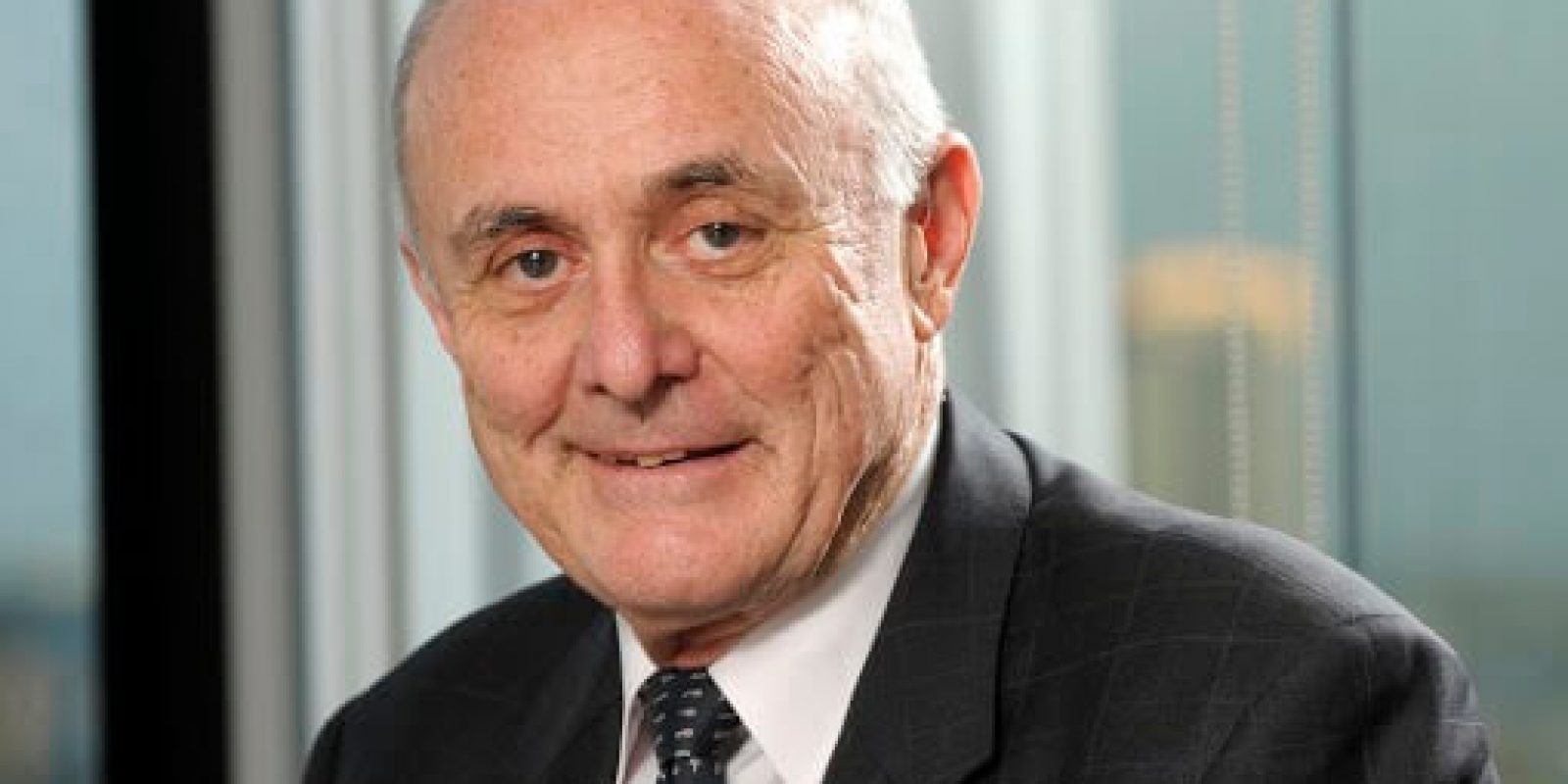 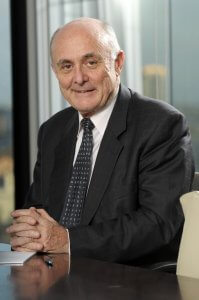 Segment overview: Professor Allan Fels, the Chairman of National Mental Health Commission, talks about the importance of mental health awareness, how our actions can impact the individuals that has mental illnesses, and the support they need from the society.

Henry Acosta: Hello, I’m Henry Acosta and welcome to Health Professional Radio. With us today is the Chairman of the National Mental Health Commission which seeks to help or provide help and support for the mentally ill. We have Professor Allan Fels on the show with us to talk about mental health and how important it is for everyone to be aware of it and how impactful our actions can be to everyone who has it. Welcome to the show Professor, we’re glad to have you here.

Allan Fels: Thanks very much.

A: Yes. So, I’m the part-time Chair of Australia’s National Mental Health Commission which is an independent commonwealth government body that report from a stand of mental health that makes some policy recommendations. And generally, holds the government especially and the system accountable for its performance.

H: I see. And what inspired you into getting into this line of work?

A: Well, it’s personal. One of my daughters has severe persistent schizophrenia and that made me very interested in the topic, and I do some so to speak, private activities on which I worked with the foundation and try to provide accommodation care and support to people with severe mental illness. That the commission is a major policy recommending agency of the commonwealth government that tries to take a general view of the whole of mental health in Australia and what’s going on and what should be done.

H: And what are the ways that we can do to get a healthier mindset?

A: Well, let me set up the general problems. First one is that, something about 3-4% of the Australian population, and it’s not different from the rest of the world has severe usually persistent mental illness. Problems like schizophrenia, bipolar, acute depression, and so on and they need a full set of remedies, approaches and policies that address their medical needs that also address their whole of life needs. They typically they need, help and support with accommodation, they need psychosocial support. They would be great if they had something to do especially a job and some connectedness with society. So that’s sort of one into the spectrum. The next is maybe, 15% of the population on top of that, have got significant mental illness problems of a level that those require treatment generally, health treatment. They might be people with depression, with anxiety disorders, and so on. Often, as problems are episodic, they occur in episodes rather than being persistent. But it is a very big population out there also that needs help.

A: Well. Most people would ask their GP and the GP can gives us some help and also may refer them. Again, there are many categories of depression from severe to sort of mild. It’s you’re up to severe and quite possibly a GP will recommend that you take a bit of medicine or some pills, and get some talk therapy, cognitive therapy with a psychologist. If you’re at a non-severe end, maybe they weren’t suggest pills and medicine but rather that you talk to a professional typically, a psychologist. So that’s the slightly shallow answer to this question of what do with depression. One other thing which is emerging these days is that, there are more eHealth, electronic health or internet-based sources of support. So if you don’t want to go to a doctor, or are you’re a bit shy about it, or you don’t want to own it up, or in a remote part of Australia where there’s no services. If you look around on the internet, you will find some eHealth services, for example, questions that they ask you and if you give them some answers, the computer will just give you a bit of an idea what you might do. It might say, ‘Hey your problems aren’t that severe’ and maybe do a couple of easy things like exercise or something, Or they might say ‘Look, we think it would be a good idea for you talk to a doctor and the doctor could determine whether you’ve got a serious problem or not’.

H: Can you go in-depth on how we should treat other people with mental illnesses?

A: Yes. So if I then went to the severe end, the people with schizophrenia and so on. These are in very broad terms, there’s a genetic driver of many forms of mental illness and it may be triggered by episodes, by events, by the environment, that there’s some interaction between them. But at the very severe end, life is very tough for a person with schizophrenia and above all in my view and most people’s view they need treatment. And a lot people however don’t get treatment or they arrive too late at the treatment desk. So, the ideal treatment is of course again see a GP who would probably send you onto a psychiatrist, or the local community mental health system. And now the sorts of remedies, again on I’m generalizing that where this severe schizophrenia and the person’s brain is not functioning too well, they’re very confused, they may have hallucinations, delusions, they may hear voices, and other unpleasant noises in their head. They need some medicine and the medicine generally suppresses these psychosis. However the medicine is somewhat imperfect than there can be side effects on, it doesn’t cure every single facet of the illness. Now what I’m saying sounds very medical, and indeed, medical treatment is really important, but we need to think more broadly about a person. So let’s say someone goes to the doctor and they get bit of a temporary fix with some medicine that they may sleep in the street, they’re homeless, or they sleep under a bridge, or they live in substandard housing. Then they are likely to relapse and be back quite possibly in hospital, in acute care. So any serious way of dealing with severe mental illness requires a broader approach than just medicine, always put accommodation on the top of the list, but also having something to do, and having some psychosocial help. So typically, a person in this condition, not only needs to take medicine and possibly be supervised but to be in-touch with psychologists or psychiatrists who can keep an eye on them and talk about their problems, so access to psychosocial services. And then also if possible, that they get a job or have something to do and there’s a whole set of options around the jobs. And then another thing is to have some kind of social connectedness not be isolated for them to be on their own. So that’s some of the elements of what needs to done with people with severe mental illness. But somewhat unfortunately, in reality, a lot of people don’t get, or take, or have a kind of preventative approach or an early intervention approach. So they aren’t treated and then they get into a bad shape, things go badly wrong, and they end up in acute care in a hospital. That’s not a good thing and also it’s a kind of it would be better if they could get onto treating the problem early and so we need a big emphasis in mental health on prevention and early intervention rather than waiting to the person’s fallen over the cliff, got to the part of the cliffs in a horrible mess. We try to get to them before they fall over the cliff.

H: With regards to mental health, since everyone the talk is about depression and all that. What are the more common mental illnesses that we usually don’t know about that usually occurs with everyone rather than depression?

A: Yes. So I’ve got to slightly oversimplified while thinking about it as I said, maybe 3-4 percent really severe, another 15 percent with problems that they require treatment or some kind of therapy. And then the rest of the population their mental health is really important. The mental health of a country is really important. It’s just as important and actually Prime Minister Turnbull uses a very good expression on this, he talks about the mental wealth of a nation and that it’s just as important as the physical wealth. So we all need to try to manage our life to avoid undue stress, mental health problems, and so on and that requires within our own life we manage ourselves as well as possible. It means at work that employers should be trying to create an environment which does not cause enormous stress for people, that is considerate of these psychological needs.

H: What are the most common misconceptions that you guys usually get about mental health or that you usually face with regards to mental health?

A: Well, amongst professionals there are not too many misconceptions but amongst the general community that is quite a lot of stigma and prejudice against people with mental illness, that just a fact. And that is a real big problem that holds back the priority that politicians would give to mental health and that can make life more difficult to people with mental illness.

H: I see. Can you give us the main take-away message that you want our audience to hear for this interview?

A: I guess the main take-away to our listeners is that, I would expect, I’m pretty sure most of them have some understanding of the challenges that mental illness and more to do things about it. I think it’s quite important that we work hard on governments and the community that they make a higher priority of mental health. Because, it turns to yet another low ranking in government policies, like what I said, a higher priority given to it.

H: Well, that’s our questions for today and thank you so much for being on the show.

H: And that was Professor Allan Fels, the Chairman of the National Mental Health Commission. We just finished talking about mental health and how our actions are important to everyone around us. I’m Henry Acosta and you’ve been listening to Health Professional Radio. Transcripts and audio are available at www.healthprofessionalradio.com.au or on www.hpr.fm, we can be found on SoundCloud and iTunes.