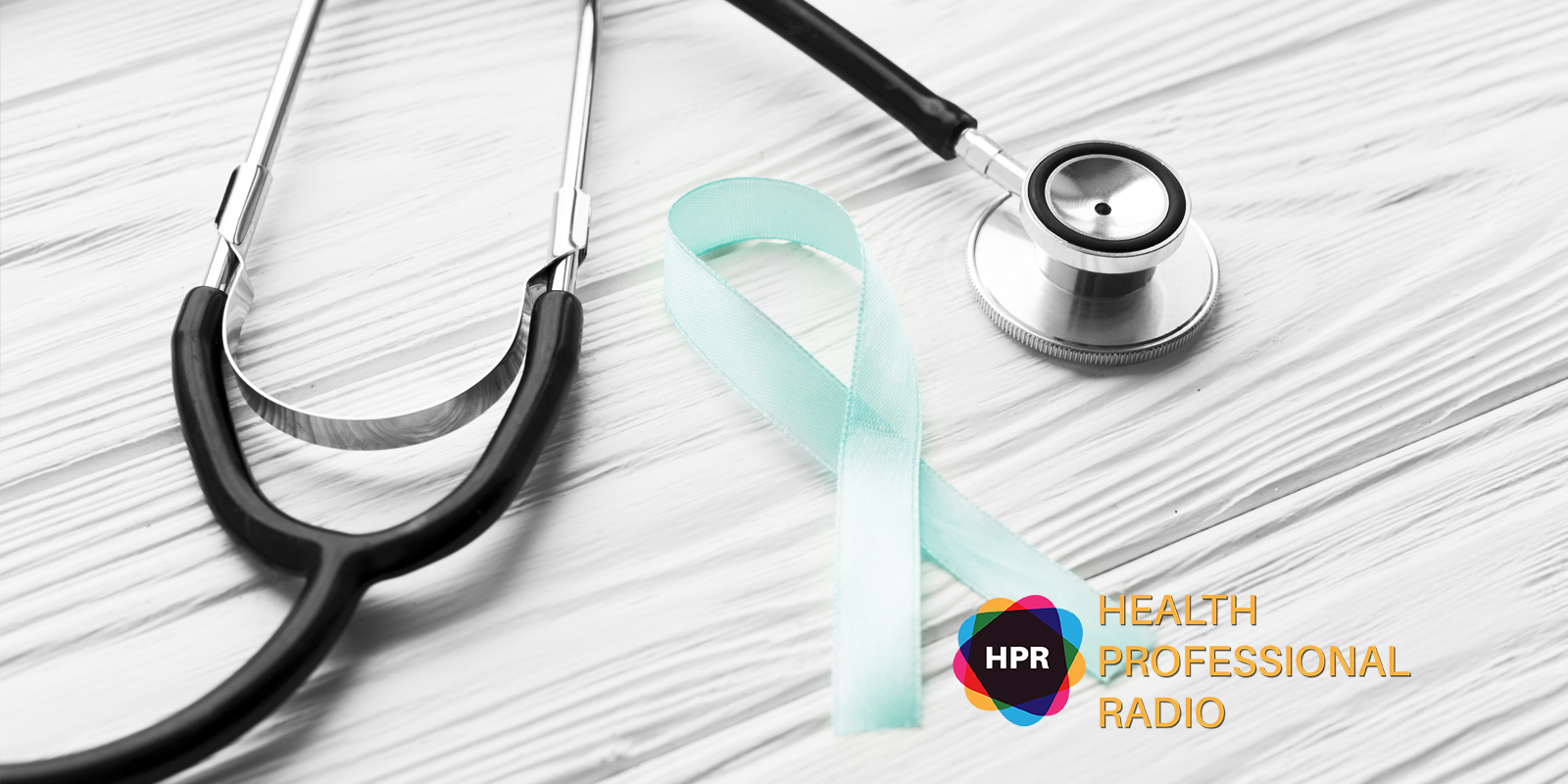 Having spent more than 20 years as a board-certified urologist, Dr. Brown is driven by the promise of improving the lives of men living with prostate cancer. Having bridged the gap between community practice and leading medical strategy for major pharmaceutical companies, Dr. Brown has a firm grasp on how achievements in drug discovery can translate into improved patient outcomes in real-world settings. As a member of the Executive Committee, Dr. Brown is responsible for leading the company’s Medical organization, including research and manufacturing sciences, medical affairs, and regulatory affairs with an emphasis on expanding access to the company’s flagship immunotherapy treatment. Prior to entering the biopharmaceutical industry, Dr. Brown was a practicing urologist. He received an A.B. from Stanford University and an M.D. from the University of Illinois College of Medicine, where he also completed his residency in urology.

Neal Howard: Welcome to the program. I’m your host, Neal Howard here on Health Professional Radio with returning guest Dr. Bruce Brown. Before, we talked about the use of Provenge and men with advanced castrate-resistant prostate cancer, this time we’re going to talk about the importance of Active Surveillance in Prostate Cancer and also about Dendreon’s new ProVent trial with Provenge that aims to stop disease progression for men in early-stage prostate cancer. Welcome back to the program, Dr. Brown. How have you been?

Dr. Bruce Brown: I’m great. Thanks for having me back.

N: Great. Well, I’m glad that you could return. We talked a little bit about Provenge last time. Give our listeners who aren’t familiar with you just a bit of background about yourself and let’s talk about this Active Surveillance in Prostate Cancer.

N: It seems kind of self-explanatory but give our listeners some insight into that term and in procedure.

B: Sure. So Active Surveillance is aimed at men with localized prostate cancer. So these men do not have metastatic disease. They have a long life expectancy in front of them and you can think of it like many cancers when your disease is localized there’s a certain set of treatment options and when your disease is metastatic it’s obviously much more aggressive and a different set of treatment options. So in Active Surveillance, these men again have localized prostate cancer and historically they were treated with surgery or radiation. The surgery would be radical prostatectomy to remove the prostate and the radiation with the radiation treatment to the prostate as well as the area outside of it in case there has been some cells that had already spread outside of the prostate. Now, as I’ve mentioned, there’s been some changing treatment patterns over the last 10 to 15 years. Ten to fifteen years ago, about 10% of the men who were newly diagnosed with localized prostate cancer underwent what we call Active Surveillance. Active Surveillance instead of having immediate surgery or radiation therapy, you would watch the cancer but you would watch it in an active fashion. So you would have periodic follow-up with examinations and PSA blood test as well as follow-up biopsies and if something changed then you would go on to the act of treatment being a radical prostatectomy or radiation therapy. So again 10 to 15 years ago about 10% of the newly diagnosed men went into that. Now, it’s about 40% and the reason for that is we have a better understanding of the natural history of localized prostate cancer, the disease process and we know that a lot of men will never progress to metastatic disease, will never die of the disease so you can safely watch them. And for those that do progress, they can still be salvaged with the same treatment you offered them before which is radical prostatectomy or radiation therapy. So Active Surveillance allows a lot of men to either delay the need for treatment or possibly not get treatment at all and the significance of that is that these treatments can really affect a man’s quality of life. They can affect the erectile function, they can affect urinary incontinence and also they can have some bulk complications. So obviously, if men can delay these treatments or avoid them altogether that’s a big win for them.

N: You were talking about some of the radical therapies 10-15 years and even now without the use of Provenge. What are some of the important safety information that we should be on the lookout for with Provenge?

B: Sure. So Provenge says it’s generally well tolerated. Most of the adverse events as we call them are infused in safe reaction. So they are self-limited. They last one to two days. They aren’t that serious in terms of needing patients to go to the emergency room or be in the hospital. They’re more like fevers, chills, some twinge, and pain because remember we’re giving patients their blood back. So it’s a kind of mild reactions to their blood and then what we’ve added to the blood. But again it’s generally well tolerated. The adverse events almost always go away within one to two days and it has no effect on urinary incontinence, erectile function or any of the things that surgery can affect so greatly.

N: Does it stimulate the immune system in any way or does it restrict it in any way while it’s in use?

B: Well, it does stimulate the immune system over time but it doesn’t which is how it works, but it doesn’t restrict the immune system. So it’s not like chemotherapy safe where when you’re undergoing the treatment and your blood cell counts may be down that you’re more susceptible to immune complications not at all. That’s not something that happens with Provenge.

N: Give us a little history about Dendreon and where do you see the future of Active Surveillance?

B: Sure. So again, the rationale from a scientific or medical point of view for us getting into the Active Surveillance space is based on some of our data. Over the years we’ve done some studies in earlier stage prostate cancer and so again are labeled indication where we mark it until the drug is in metastatic castrate-resistant prostate cancer. But we’ve done some studies that gave us some rationale to go into this earlier stage. One was the study in patients with localized prostate cancer who receive Provenge and then two weeks after they finished the Provenge underwent radical prostatectomy and what we found was that some of the immune cells that are affected by Provenge were actually tracking into the prostate and ringing or forming a rim around the tumors in the prostate. So our conclusion was that this was happening as a result of the Provenge and although we didn’t follow them long enough to see it, what we’re hoping is they’re getting ready to attack those tumors. So we’ve seen that Provenge will direct the t-cells to the tumors and then some other studies we’ve done in non-metastatic prostate cancer. So earlier stage where we sell the drugs shown a more robust immune response than we see in more advanced prostate cancer and a number of different things we measured that characterized the immune response. So that also gave us some rationale that the drugs might work even better in earlier stage disease and when you think about it that makes a lot of sense because in earlier stage disease, the tumor burden is lower and the patient’s immune system
is more robust. So a drug that works on the immune system should work even better when the patient is a bit healthier and doesn’t have advanced disease.

N: Where can we go and learn more about Dendreon and get full prescribing information as well for Provenge?

B: So again, it would be at Dendreon.com or Provenge.com and that will direct you to information about our company and the full prescribing information that you mentioned.

N: Thank you so much, Bruce. It’s been a pleasure as always and I’m looking forward to our next conversation.

B: All right. Great. Thanks a lot.

N: You’ve been listening to Health Professional Radio. I’m your host, Neal Howard. Transcripts and audio of this program are available at hpr.fm and healthprofessionalradio.com.au.